With the new Law, it’s hard to say how many will kena tangkap.

“The Pakatan Harapan presidential council strongly opposes intimidation by the authorities against the organisers and supporters of this rally,” it said in a statement.

The council also threw its support behind the Aug 27 rally.

Khalid: Why so hard on Tangkap MO1 rally?

Opposition MPs question whether the student demonstration to reveal identity of ‘Malaysian Official 1’ has hit a raw nerve.

PETALING JAYA: A police clampdown on the TangkapMO1 rally, planned for Aug 27 at Dataran Merdeka, is proof that the subject is a sensitive issue for people in power, according to Amanah communications director Khalid Samad.
…

Media reports yesterday said three students were detained by police at the Universiti Teknologi Mara campus in Seri Iskandar when they attempted to enter the grounds to promote the rally.

Police have granted the organisers of #TangkapMO1 rally to hold their protest on condition that they get permission from KL City Hall to use Dataran Merdeka as their venue.

Rally spokesperson says Dataran Merdeka belongs to all Malaysians and will not budge from stand despite advice from IGP to find another venue.

Speaking to FMT, TMO1 spokesperson Anis Syafiqah Md Yusof said the venue for the rally would not be changed.

She said Dataran Merdeka, a significant landmark for all Malaysians, belonged to Malaysians.

She said those attending TMO1 had every right to assemble peacefully and guaranteed that there would be no untoward incidents.

“We just want to gather and tell the authorities to catch Malaysian Official One. We are not gathering to create chaos.”

“My view is that the Kuala Lumpur City Hall (DBKL) should allow public interest events to be held at Dataran Merdeka.” 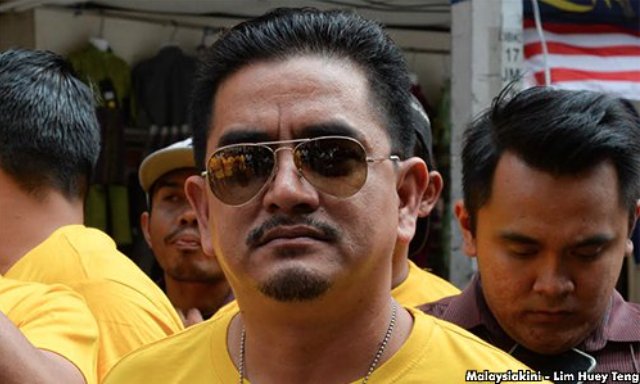 Mohd Ali Baharom, better known as Ali Tinju, has vowed to hold a counter-rally when the #TangkapMO1 protest take place on Aug 27.

This was after Sungai Besar Umno chief Jamal Md Yunos also pledged to hold a counter-rally if another similar protest, Bersih 5, goes ahead.

Both Mohd Ali and Jamal were part of the red shirt movement which organised a counter-rally to Bersih 4 last year but have since split after a falling-out.

He said he hoped police would not stop them as the authorities should instead take action against the organisers of #TangkapMO1.

“The police have no right not to allow my rally. It is not that I want to hold a rally but we just want to protest against the (#TangkapMO1) gathering that will be held on that day,” he told a press conference in Kuala Lumpur today. 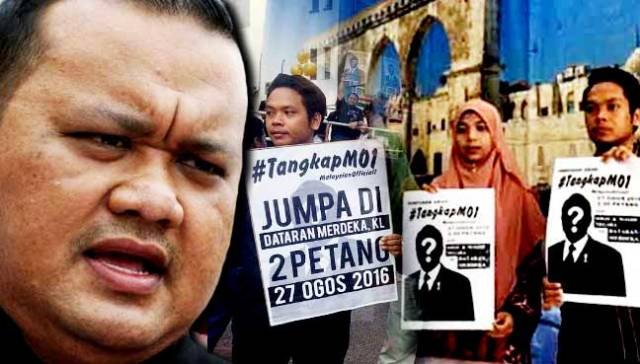 Mohd Sany Hamzan, head of Amanah Youth, reminded the authorities that student voices should not only be heard, but be taken seriously by leaders.

“The voice of the students is a form of the independent third force that is free of any political influence. It is imperative that their views aren’t only heard, but heeded as advice for leaders.”

Reading out a press statement, Sany said that the youth wings of the Opposition coalition would pledge their full support for the rally at the end of the month.

Hi its me ! Retweeted

#TangkapMO1 rallies coming to Johor and Sabah, besides KL http://fb.me/2LlGOhtN7

Rallies demanding the government reveal who is ‘Malaysian Official 1’ will take place in Kota Kinabalu and Johor Bahru as well, in addition to Kuala Lumpur.

The rallies, to be held at the end of the month,  are aiming at gathering some 20,000 people.

#TangkapMO1 coalition spokesperson Anis Syafiqah Md Yusof said the purpose of the rallies is to call on the government to reveal the identity of Malaysian Official 1, and bring him to justice.

She said the rallies are also to urge the police and the Malaysian Anti-Corruption Commission (MACC) to act independently in performing their duties.

“Apart from holding a rally in Kuala Lumpur on Aug 27, the #TangkapMO1 coalition has received commitments from fellow youths and student activists from Sabah who want to organise their own #TangkapMO1 rally in Kota Kinabalu at the same day and time.

“In addition to Sabah, fellow activists in Johor will also be holding a peaceful rally in Johor Bahru on Aug 13 as part of the run-up to the main rally on Aug 27,” she told a press conference in Kuala Lumpur today.

She said the rally in Kuala Lumpur would start at 2pm outside the Sogo shopping centre and the National Mosque, and then depart for Dataran Merdeka.

Prior to that however, a series of ceramah will be held to explain the 1MDB issue to the masses.

The talks would kick off in Johor and Kelantan on Aug 13, followed by Perak on Aug 20, and other places such as Penang, Pahang, and Kedah.