“Come back to UMNO, Mukhriz. But not your father.” Mukhriz is too polite to say LMAO.

Posted on October 3, 2016 by weehingthong

Mukhriz: I don’t know whether to laugh or cry about Annuar’s offer

KUALA LUMPUR: Mukhriz Mahathir today said he was unsure whether to laugh or cry at Umno Information Chief Annuar Musa’s statement that the former was welcome to return to Umno.

The Parti Pribumi Bersatu Malaysia (PPBM) vice-president said Umno had given him the boot, pointing out that he had never quit the party.

“If I had at one point rejected the Umno president’s offer, who promised me a minister’s post to return to Umno’s fold, what more turning down the Umno information chief’s advances,” he said, alluding to Najib Razak, at a press conference here. 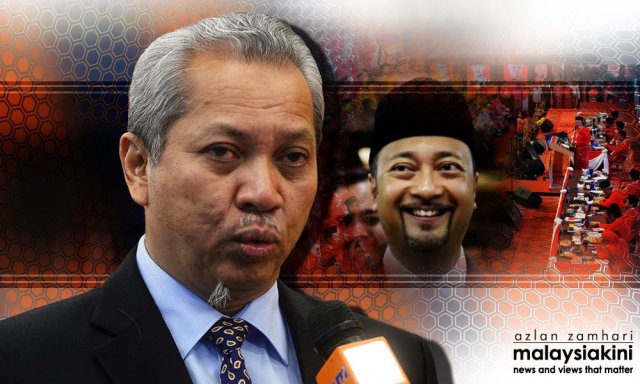 “If he (Mukhriz) feels like coming back, there is no problem. We can discuss.

“Not just him but any other leaders,” he said after chairing a meeting of Umno’s information secretariat, comprising the party’s state information chiefs.

Mukhriz, the former Umno Kedah menteri besar, was sacked from the party in June together with former deputy president and now Bersatu president Muhyiddin Yassin.

Annuar said this when asked for comments on recent claims by blogger Raja Petra Kamarudin that former premier Dr Mahathir Mohamad is plotting his son’s ascension to the prime minister’s post via the finance minister’s post.

Raja Petra in the Sept 24 article on online portal Malaysia Outlook suggested that this was based on Mahathir’s own argument that the prime minister should not also be the finance minister.

MB Ahmad Bashah says Umno has been faithfully serving the people all this while.

ALOR STAR: Kedah Umno will not be daunted by former Menteri Besar Mukhriz Mahathir’s intention to contest a seat in the state in the 14th General Election.

Menteri Besar Ahmad Bashah Md Hanipah said Mukhriz, who is now Parti Pribumi Bersatu Malaysia (PPBM) vice-president, had the right to contest any seat, such as the Ayer Hitam state seat or the Jerlun parliamentary seat that he once held.

“Maybe Mukhriz wants to contest the Kubang Pasu parliamentary seat which was held by his father, Dr Mahathir Mohamad.

“We welcome (the intention) and we are not afraid to face the party (PPBM),” he said after attending the state-level National Women’s Day 2016 celebration here today.

It was recently reported that Mukhriz wanted to lead PPBM in Kedah and to contest in his birthplace in the next general election, but refused to reveal the specific constituency.

Without denying the existence of support towards the new party, Ahmad Bashah said the support came mostly from those who were disappointed with not getting any position in the party’s branches.

Like Loading...
This entry was posted in Uncategorized and tagged kedah, malaysia, mukhriz mahathir, pribumi to contest in kedah, umno on kedah. Bookmark the permalink.