The Mystery of the woman, the crashed Perodua Viva, the fire and Wisma Averis (Bangsar South City) 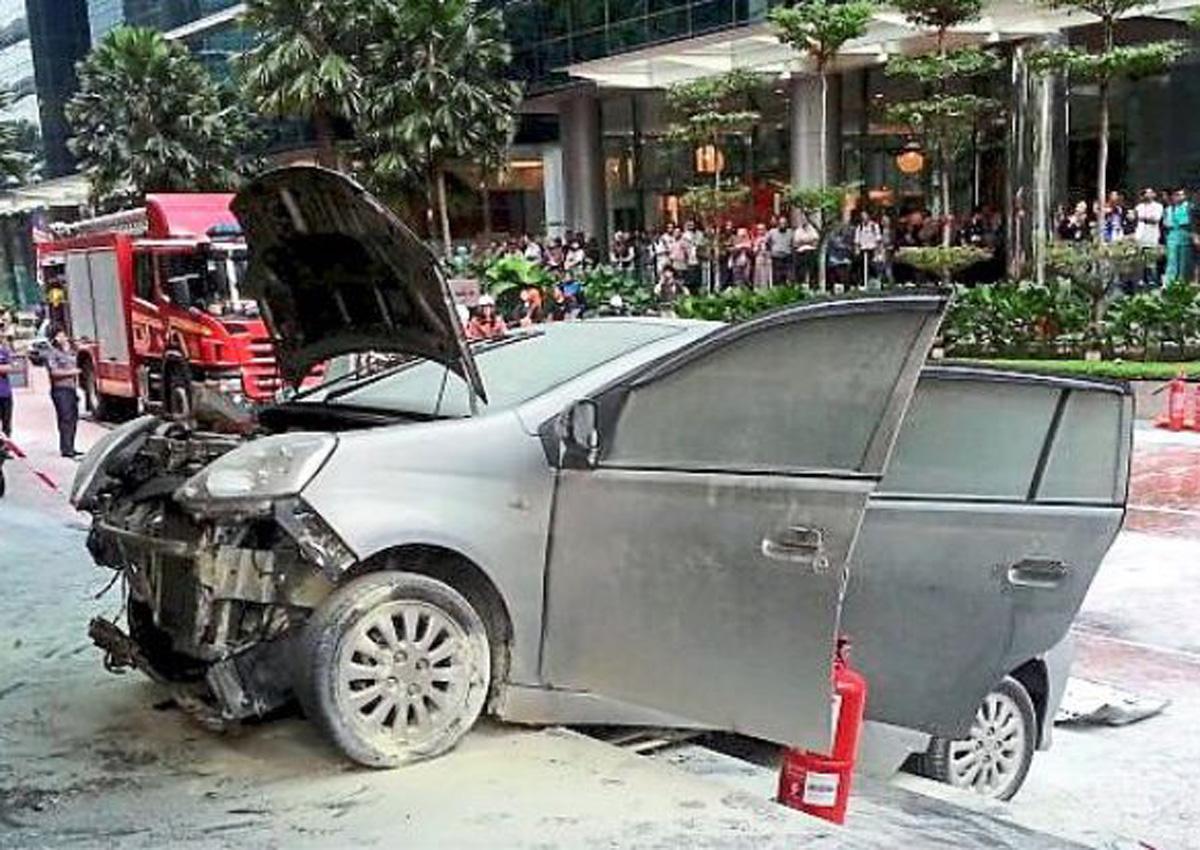 The woman remains in a critical condition.

PETALING JAYA: The woman who attempted suicide by setting herself and a cache of flammable material on fire in her car, on the steps of her former office in Bangsar South, is still in critical condition.

At the intensive care unit (ICU) of the Universiti Malaya Medical Centre (UMMC), her brother said she has yet to regain conciousness and was still not stable.

He confirmed that his 35-year-old sister, who was dismissed for misconduct by her former employer last year, has been treated for psychiatric problems.

However, he declined to comment on his sister’s allegations against her old company which police said triggered her fiery outburst outside its office in aflluent Bangsar South on Friday evening.

Witnesses in the office building along Jalan Kerinchi said the woman was seen driving her Perodua Viva up the curb from the road towards the premise before it got stuck on some steps.

“I thought it was an accident, maybe she wanted to reverse but she accidentally hit the accelerator,” said an employee at the building.

To his shock, he claimed the woman wound down her window, took out a lighter and lifted it into the air.

She then began lighting her shirt on fire. The witness also claimed that he could smell gas coming from the car.

According to Brickfields OCPD Asst Comm Sharul Mansor, the woman had three large bottles of petrol, a gas tank and a box of firecrackers at the back of her car.

Security guards doused the woman and car with fire extinguishers.

KUALA LUMPUR: An ex-employee of a consultancy company was injured when she allegedly rammed her car at the office’s building before setting the car and herself on fire at Bangsar South, Jalan Kerinchi here today.

It is understood that the woman in her 30s resorted to the action as she was not satisfied with her former employer.

Bangsar South crazy lady had 3 bottles of petrol, a gas tank and firecrackers in her burning car. #wtf 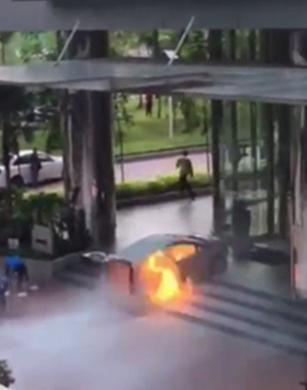 Bangsar South accident/burn vic has been posting videos claiming a company is spying on her http://bit.ly/1Nfn5YL  #?

PETALING JAYA: A video of a Perodua Viva catching a fire at the entrance of Tower 2 in Bangsar South is making the rounds on social media.

So far, the almost three-minute video posted on Sukan Star TV’s Facebook page has been shared more than 900 times.

Pantai Fire and Rescue department operations chief Ramli Mohamed said a woman was in the backseat of the car when the vehicle caught fire at about 5pm, Friday.

According to him, 10 firefighters were despatched to the scene after a distress call was received at about 5.05pm.

“She suffered 50% burns to her body. She has been sent to the University Malaya Medical Centre for treatment,” he said.

At Bangsar South, alleged suicide car bomb was stopped this evening around 5.30pm. Story not fully verified yet. 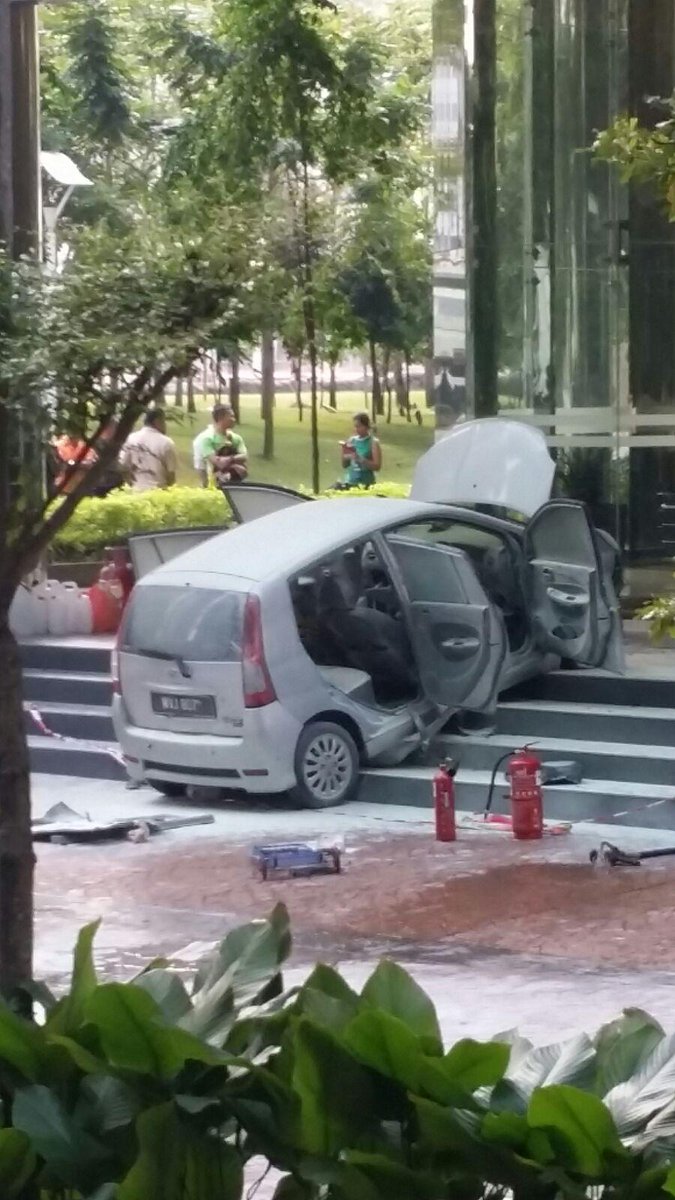 A girl was trying to suicide in front of #averis building! #bangsarsouth 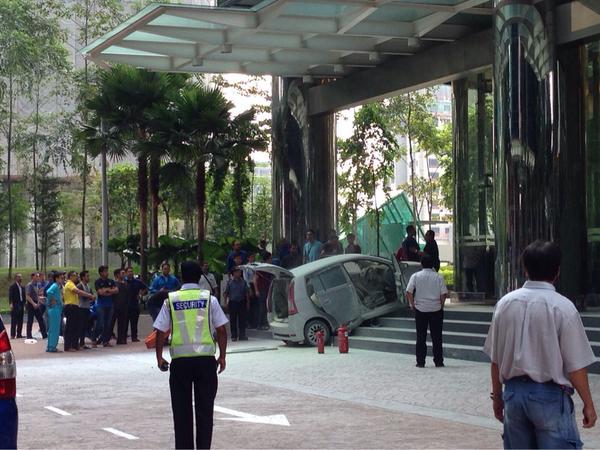 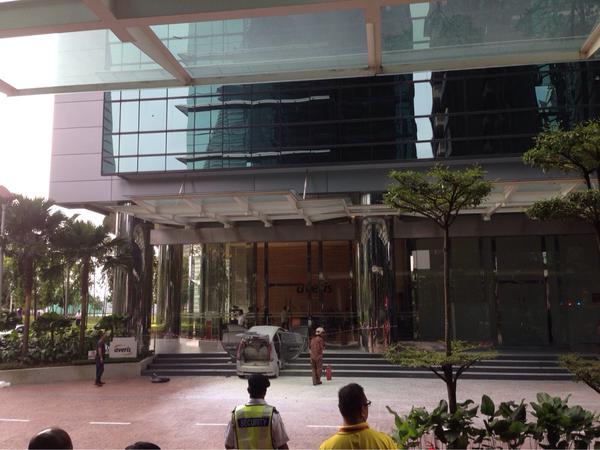 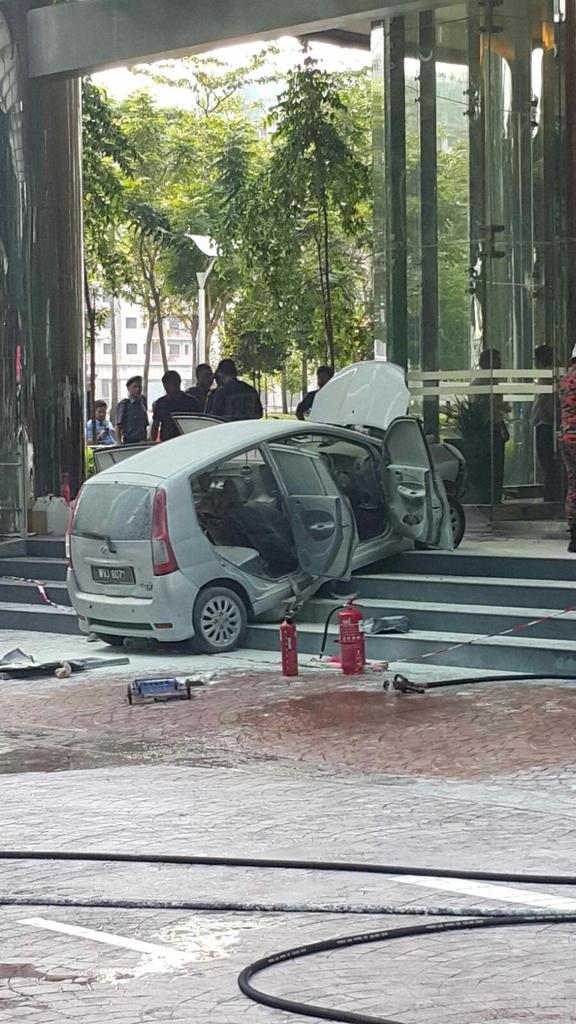