He loved her to death: A tragic end to a love story…

Lianhe Wanbao reported that the victim, 23-year-old Soh Yuan Lin, wanted to break up with the suspect, Neo Chun Zheng.

SINGAPORE – An over-possessive man who could not accept that his girlfriend was seeing other men – despite their agreement to have an open relationship – was sentenced to 13 years’ jail on Monday (Nov 12) for killing her during a quarrel.

Neo Chun Zheng, 29, who stabbed Ms Soh Yuan Lin, 23, once in the neck with a folding knife outside his Boon Lay flat on Nov 26, 2015, told the High Court that words could not express his “eternal regret” for what he had done.

“I have completely failed her and I can never forgive myself for all that had happened. It was a toxic relationship but this would not take away my love for her,” he said, reading from a note before he was sentenced.

“I miss Yuan Lin dearly and I will always love her with all my heart each and every day.”

Neo also apologised to Ms Soh’s family. “I am very very sorry for causing you such tremendous grief, sorrow and suffering,” he said .

“I can only hope that some day, you may find it in your heart to forgive me.”

The Straits Times understands that Ms Soh’s family members were not in court.

It was revealed in court that her family had rejected an earlier apology letter from Neo after he pleaded guilty to a charge of culpable homicide in October last year.

In sentencing, Judicial Commissioner Pang Khang Chau found there was enough evidence of Neo’s remorse from his police statements.

The judge imposed 13 years’ jail on Neo after comparing the facts of the case to precedent cases submitted by the prosecution and defence.

Man pleads guilty to Boon Lay homicide: He could not accept her seeing others

When they began dating, they agreed to keep the relationship “non-exclusive”. But it ended in tragedy after the 28-year-old man realised he could not accept how she had been seeing other men.

During a quarrel outside his Boon Lay flat on Nov 26, 2015, Neo Chun Zheng stabbed Ms Soh Yuan Lin once in the neck with a folding knife, killing the 23-year-old.

On Tuesday (Oct 17), Neo, who had initially been charged with murder, pleaded guilty to culpable homicide – and now faces life imprisonment or up to 20 years’ jail, with caning.

Five months later, they began dating. But Ms Soh wanted the relationship to be “open”, and to be kept a secret. That did not stop Neo from feeling that he had been cheated whenever he found out she was seeing someone else.

In March 2015, he found out she had been intimate with one of their colleagues. He got hold of compromising photos of her and the colleague, and showed them to other co-workers.

In September that year, they quarrelled after he found out she was texting someone she had kissed at a club. Ms Soh broke up with Neo later that month as she felt he was too possessive. She told him she wanted to remain single.
.

Sentencing has been adjourned after Neo’s lawyer R. Thrumurgan disputed the opinion of an Institute of Mental Health psychiatrist that Neo was not suffering from any mental disorder at the time of the stabbing.

SINGAPORE — Although they were in an open relationship, he was unhappy the former air stewardess was dating other men. And even though they had broken up, a heated quarrel over this issue led Neo Chun Zheng, 28, to plunge a knife with a 9cm-long blade into Ms Soh Yuan Lin’s neck.

How the 23-year-old was killed along a common corridor outside Neo’s flat two years ago came to light for the first time on Tuesday (Oct 17), as he pleaded guilty to a reduced charge of culpable homicide.
.
The couple got into an open relationship in 2014, after meeting on the job at Marina Bay Sands Casino, where they had worked as customer relations executives in the player development department. A few months later, arguments became frequent, and by the end of September 2015, Ms Soh broke up with Neo.

She found Neo was “too possessive and overly-controlling in their non-exclusive relationship”, said Deputy Public Prosecutor Dwayne Lum.

Around November, Neo told friends at work that he wanted to get even with Ms Soh, for hurting him by dating other guys while she was with him, and subsequently breaking up with him.

He had also, on multiple occasions, told his friends that he wanted Ms Soh to “die an ugly death” in Mandarin, the court heard.

During that same period of time, Neo also repeatedly told Ms Soh how much she had hurt him and that he wanted her to make it up to him by returning favours he had done for her in the past.

Ms Soh gave in to the requests and agreed to perform favours for Neo, such as going out with him or buying meals for him.

On Nov 26, Neo peppered Ms Soh with numerous calls and text messages in the day. That night, she bought dinner for him. And just past 8pm that day, Neo and Ms Soh got into an argument over their relationship problems along the common corridor outside his Boon Lay Drive flat.

Neo blocked her way to prevent her from leaving. When she tried to use her mobile phone to text her Mother, Neo snatched the phone from her and hid it in the house before returning with a knife from his room.

Neo’s mother quickly stood between the pair and tried to wrest the knife from her Son. In the ensuing struggle, she knocked Neo’s glasses off and was shoved to the ground in retaliation.

Then, Neo swung the knife at Ms Soh, plunging it into her neck. She collapsed to the floor face-first and started bleeding from her neck and mouth.

Neo threw the knife down the rubbish chute and used a towel to apply pressure on his ex-girlfriend’s neck to stop the bleeding.

When police officers came, Neo surrendered himself and confessed that he had stabbed Ms Soh.

A 28-year-old man originally charged with murdering a 23-year-old former air stewardess nearly two years ago indicated yesterday that he will plead guilty to a reduced charge of culpable homicide.

“I plead guilty. Sorry for everything,” Neo Chun Zheng told the High Court, on what was originally scheduled to be the first day of a seven-day murder trial. The case has been adjourned to next Tuesday for his plea to be taken.

Neo is accused of killing Ms Soh Yuan Lin outside his 11th-storey flat in Boon Lay Drive on the evening of Nov 26, 2015.

Neo, who is represented by lawyer R. Thrumurgan, originally faced the death penalty or life imprisonment for murder without intention to cause death.

Yesterday, the High Court heard that the defence made representations to the prosecution last Wednesday, following which the prosecution made an offer to reduce the charge on condition of Neo’s guilty plea.

He now faces a maximum punishment of life imprisonment with caning, or up to 20 years’ jail with caning or a fine, for intentional culpable homicide. 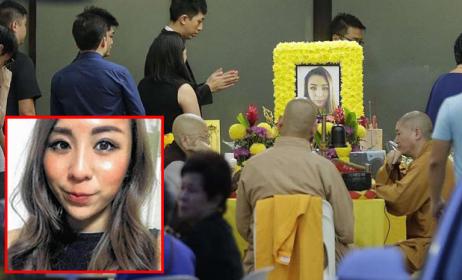 Hours after Neo was charged, Ms Soh’s family held her wake at a funeral parlour in Sin Ming Drive. The place was packed with grieving family members and friends.

The former Scoot employee leaves a younger brother and her parents. They did not want to speak to the media. However, her father, resigned to his grief, said: “Whatever I say cannot change history – it won’t bring her back.”

Mr Pang Kuan Meng, 59, who embalmed the victim’s body, said that her parents are very depressed and it was her uncle who handled the funeral arrangements. 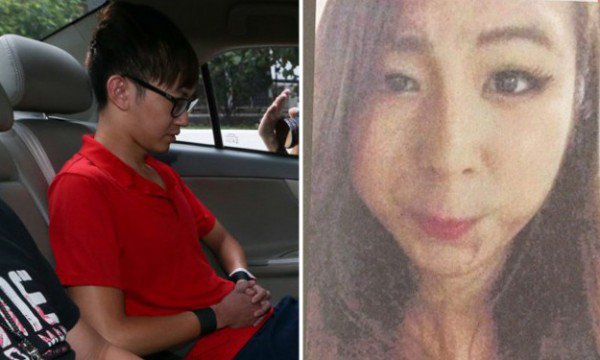 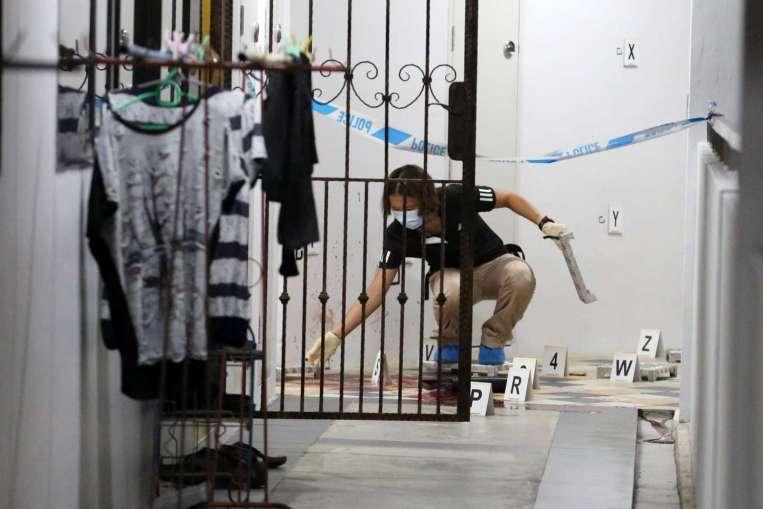 SINGAPORE – A 26-year-old man was charged on Saturday morning (Nov 28) with the murder of a 23-year-old woman, believed to be his former girlfriend.

Neo Chun Zheng is accused of killing Ms Soh Yuan Lin outside his home, a Boon Lay Drive flat, on Thursday night some time between 8.07pm and 8.17pm.

Neo, who was not represented by a lawyer, appeared in court clad in a red polo shirt and dark trousers.

His case will be heard again on Friday (Dec 4).

The prosecution has asked for Neo to be remanded in the meantime pending investigation.

Close friend of victim in Boon Lay stabbing says they had reconnected only recently.

For two years in secondary school, they were inseparable. But they drifted apart after they went to different polytechnics.

Until a few months ago, when they reconnected.

On the evening of Nov 26, Miss Soh Yuan Lin told Miss Priscilla Siah that she was lucky to have a friend like her in her life.

”She told me that she was very happy to have rekindled our friendship after drifting apart for a few years and would never let go,” said Miss Siah, 24, a tutor at an enrichment centre.

Little did Miss Siah know that just hours later, her close friend would be dead.

A 26-year-old man has been arrested in connection to a murder at Boon Lay Drive on Thursday night (Nov 26).

According to a statement by the police, they received a call for assistance from a unit at Blk 268B Boon Lay Drive at about 8.16pm on Thursday.

Upon their arrival, a woman was found lying motionless in the unit. She was taken to Ng Teng Fong General Hospital where she was pronounced dead on the same day at about 11.14pm.

Shin Min Daily News quoted neighbours as saying that a loud quarrel between a man and a woman outside the unit was heard last night. They told the Chinese evening daily that the suspect’s mother could also be heard asking the couple to stop their argument.

Lianhe Wanbao reported that the victim, 23-year-old Soh Yuan Lin, wanted to break up with the suspect, Neo Chun Zheng. 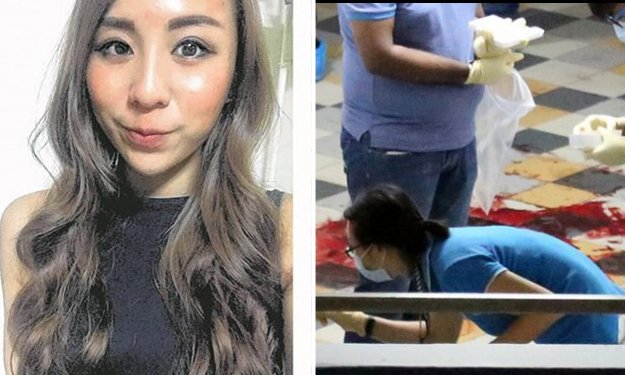 Neighbours said that a loud quarrel between a man and a woman outside the unit was heard last night. They told The Straits Times that the suspect’s mother could also be heard asking the couple to stop their argument.

One of the neighbours added that suspect’s mother had asked her son repeatedly: “Why are you carrying a knife? You will go to jail.”

The newspaper reported the University of Birmingham graduate as a sociable character with many friends while she was alive. Many had left messages on her Facebook after receiving news about her demise.

The grieving family has declined to provide more information.

26-year-old man arrested for murder at Boon Lay Drive; victim said to be his girlfriend

SINGAPORE – A 26-year-old man has been arrested in connection to a murder at Boon Lay Drive on Thursday (Nov 26) night.

The police said it received a call for assistance from a unit at Block 268B Boon Lay Drive at about 8.16pm.

Upon police’s arrival, a 23-year-old woman was found lying motionless at the scene, police said in a statement released on Friday morning.

Investigators inspecting the scene of the stabbing.PHOTO: SHIN MIN DAILY NEWS
…
The Straits Times understands that the suspect lives with his parents and older brother in a four-room HDB unit on the 11th floor. The victim, who had been stabbed with a knife measuring about 10cm, is believed to be his girlfriend.

Traces of blood could still be seen on the walls near the common rubbish chute, where the stabbing had occurred. It is about a metre away from the suspect’s unit.