All my NAKED Posts

The Forbidden City was the Chinese imperial palace from the Ming dynasty to the end of the Qing dynasty. It is located in the center of Beijing, China, and now houses the Palace Museum. Wikipedia

HOW DID THEY MANAGE THE PHOTO SHOOT IN SUCH A CROWDED PLACE?

I’ve been there and you can’t even take a photo without someone walking past! 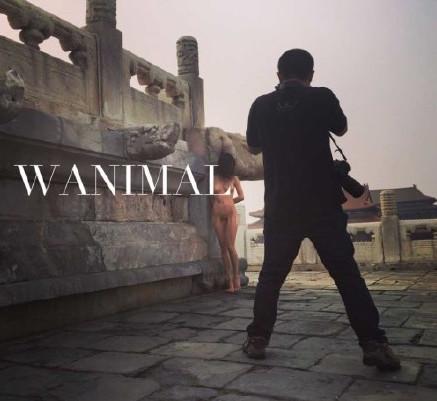 The Forbidden City recently denounced a set of nude pictures that were taken within its grounds and posted on Weibo as a violation of public order and social morality. Photographer “WANIMAL” entered the museum with a female model on May 17 but were stopped by staff after they discovered their inappropriate activity. The museum was particularly upset at a shot in which the model straddles the head of a stone dragon. WANIMAL stated that he doesn’t believe his work is morally offensive, and was unwilling to reveal how he was able to take such photos successfully in a crowded museum.

NSFW A Chinese artist will likely not be strapped to a gurney and injected with a lethal cocktail of chemicals, despite the best efforts of Western news outlets and the local Twat-O-Tron to suggest a nude photo shoot at Beijing’s Forbidden City might represent a surefire shortcut to the execution chamber.

According to The Mirror, some geezer called “WANIMAL” (link NSFW) provoked “profanity” outrage on local social media by publishing snaps of bare naked ladies posing in the emperor’s former des-res.

In the public interest, we today republish one of the offending snaps, albeit suitably retouched for a family publication such as this.

In his defence, the author of the smutshoot said: “I was just getting on with my work and did not affect anyone else.”

China is NOT happy about this NSFW photoshoot inside Beijing’s Forbidden City http://dailym.ai/1AJn9MW 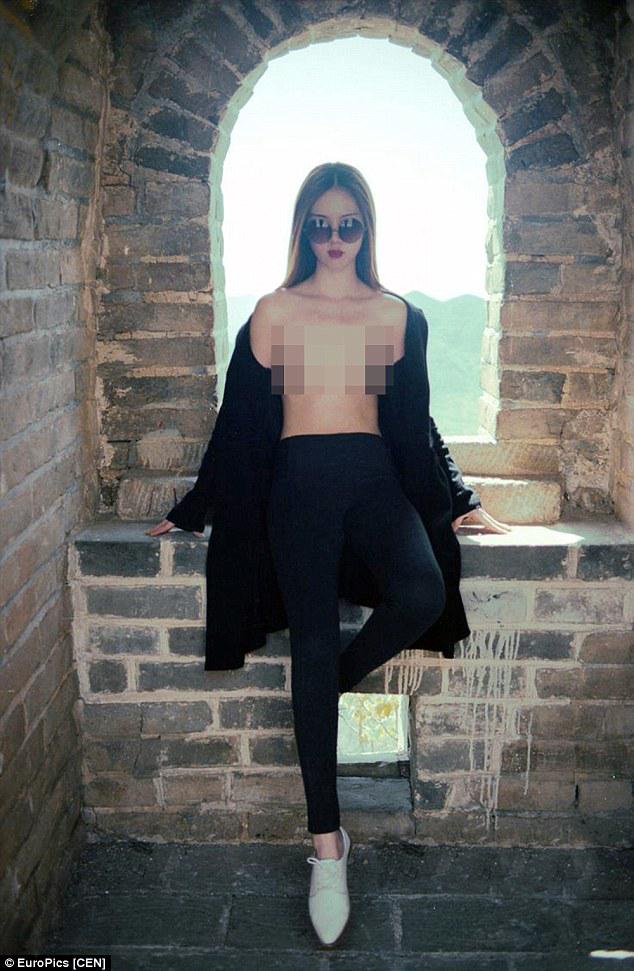 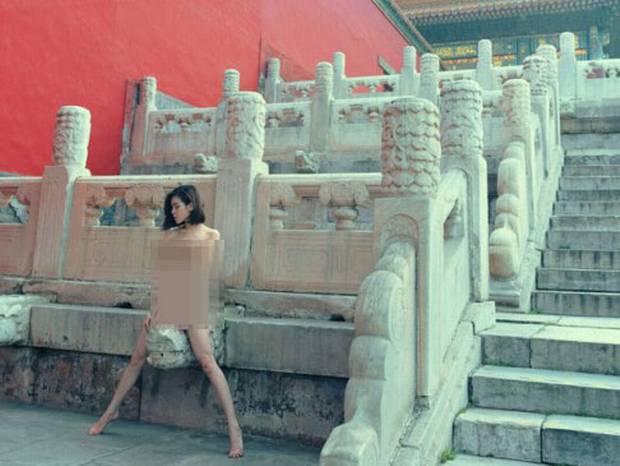 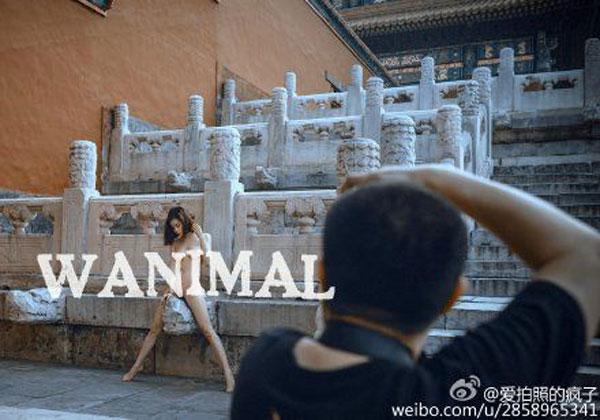 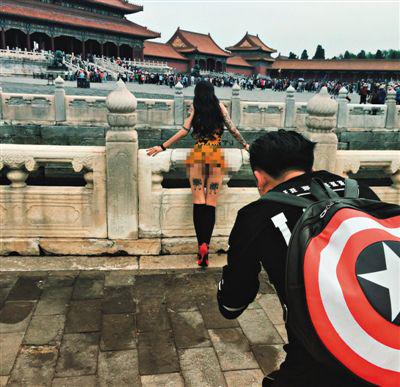 BEIJING, June 1 (Xinhua) — The Palace Museum at the Forbidden City, Beijing, on Monday criticized photographs of a scantily-clad model at the complex, saying the incident was disrespectful to the former imperial palace. The official statement came after pictures showing a woman leaning on a white marble handrail and sitting on the head of a marble dragon went viral. The photos were first posted on China’s Twitter-like Sina Weibo by photographer Wang Dong on May 17. The Palace Museum said that it had not been informed about the shoot in advance, but confirmed that on the morning of May 17 four people involved in an “improper” photo shoot in front of the “Taihe” (the Hall of Supreme Harmony) were told to stop by Forbidden City employees. http://www.icrosschina.com/news/2015/0601/13396.shtml ——————————————————————————————————-

11 Responses to Naked in the Forbidden City, Beijing, China