Atrocious in History and Geography. And you thought we were poor in English alone?

I WOULD like to draw the attention of the Education Ministry to numerous factual and spelling errors (besides the now famous erroneous location of Malacca in the map on page 8) in the recently published Standard Six History textbook – a shortcoming which has, unfortunately, been consistently repeated since 1989.

Among the major factual errors are:
> Umno (United Malays National Organisation) is referred to as United Malays Nation Organisation;
> MIC (Malayan Indian Congress) is referred to as Malayan Indian Assosiation;
> Tunku Abdul Rahman proposed the formation of the Federation of Malaysia in 1963; and
> One of the roles of the Malaysian prime minister is to implement all national policies (actually done by the public servants; the prime minister is head of government).

Another major blunder (page 69) is the erroneous depiction of a Sikh couple. I consulted Sardar Autar Singh, secretary-general of the Coalition of Malaysian Sikh Organisations, who concurred with me on this terrible blunder. The man’s turban is uncharacteristic of that typically worn by a Sikh. He is also dressed in a dhoti, which is not part of a Sikh man’s attire. The woman’s features seem to be more that of a Mongoloid. Worse still, her dupatta (scarf) is not one that is typically worn by Sikh women.

Among the spelling errors are “assosiation” (refer to the MIC error above), “Hussien Onn” and “Vasakhi”.

The textbook wrongly refers to Taoism as “Tao” instead of the correct term, “Taoisme”. Dewan Bahasa dan Pustaka apparently has introduced (page 69) a new Malay word i.e. “turban” (instead of “serban” – what a horrendous blunder which reflects poor editing).

History textbook error: Reprinted books to be ready by Jan 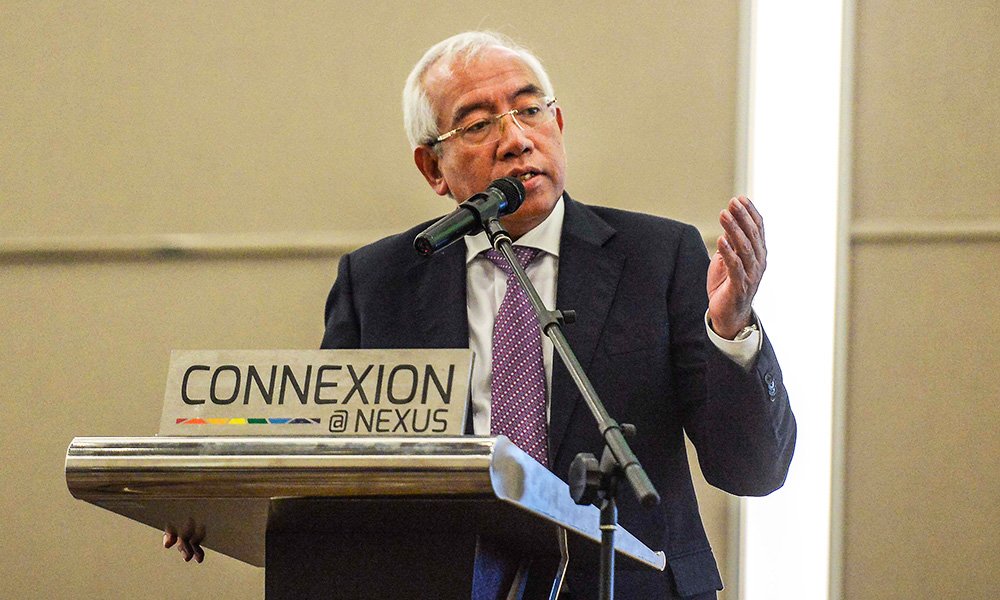 The Education Ministry has assured that the Year Six history textbook directed to be reprinted will be ready by the next school session.

Its minister Mahdzir Khalid said the reprinting of the textbook was expected to be completed by the first or second week of January next year.

“We do not view finding an error on the map of peninsular Malaysia, a small mistake and that’s why we have directed the textbook to be reprinted,” he said.
…

When asked to comment on a MCA veteran leader’s name being omitted from the Sekolah Jenis Kebangsaan Cina (SJKC) history textbook, he said the books were printed based on the history in 1963.

“The book, we produced follows the history of the formation of Malaysia in 1963 and highlights areas in the Peninsular, Sabah and Sarawak. MCA veteran the late Wong Pow Nee who is said to be not listed in the book is actually known as a member of the Cobbold Commission.

“The book just listed the names of the representatives of the Peninsular including Tunku Abdul Rahman and Abdul Razak. Wong’s name was only mentioned as a member of the commission,” he said.

On Saturday, MCA deputy president Dr Wee Ka Siong said he was ‘shocked’ that Wong was not mentioned in the SJKC text book despite the leader’s contributions.

Even former Singapore prime minister Lee Kuan Yew was mentioned in the textbook.

PROBLEMS WITH ANOTHER PRIMARY 6 HISTORY TEXT.

He said he was “shocked” to discover that the history book for Chinese vernacular schools highlighted the contributions of former Singapore prime minister Lee Kuan Yew but made no mention of the late MCA veteran Tan Sri Wong Pow Nee.
…

Pages 10 and 11 of the textbook showed various Malaysian leaders from the founding Alliance including Umno, Usno, SNAP and SUPP.

Both MCA and MIC leaders were not listed on the pages.

Dr Wee said leaders such as Wong, one who was from the founding parties of the Alliance, should not have been left out.

“Tan Sri Wong was not only the proclaimer of independence at the Esplanade in Penang on Aug 31, 1957, he was also the first chief minister of Penang,” Dr Wee posted on his Facebook timeline.

HOW COULD A TEXTBOOK OF HISTORY GET THE LOCATION OF MALACCA SO WRONG?

The New Paper, a Singapore paper, gives us the right geographical location for Malacca. 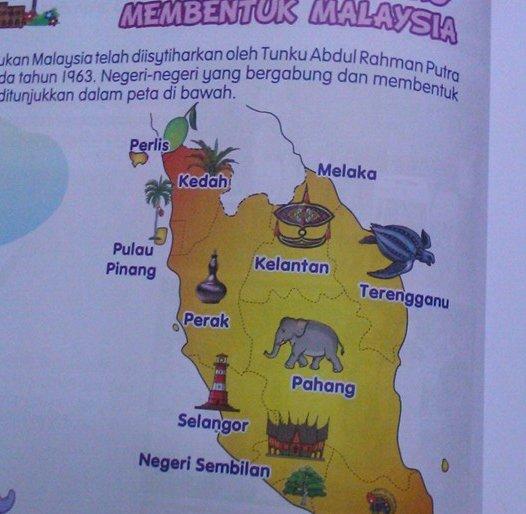 Malaysia’s education ministry will rectify an error discovered in Year Six History textbooks meant for use in national schools next year after Malacca was depicted in the wrong location.

In the book under the heading, “Negeri-negeri yang membentuk Malaysia” (States which form Malaysia), the city, which sits on the west coast of Peninsula Malaysia, had been placed on the east coast above Terengganu instead.

The error was highlighted on social media.

Deputy Education Minister P. Kamala­nathan said the ministry is aware of the error and will take steps to correct it.

He said: “The affected books are meant for Year Six pupils studying History in national schools in 2016.

“The History books for the Chinese and Tamil vernacular schools are not affected.”

Like Loading...
This entry was posted in Uncategorized and tagged history text puts melaka malacca in wrong place, primary 6 history te4xt gets location of melaka wrong. Bookmark the permalink.