Ho Ching, Wife of Singapore PM, and her RM45 purse…

Posted on August 4, 2016 by weehingthong 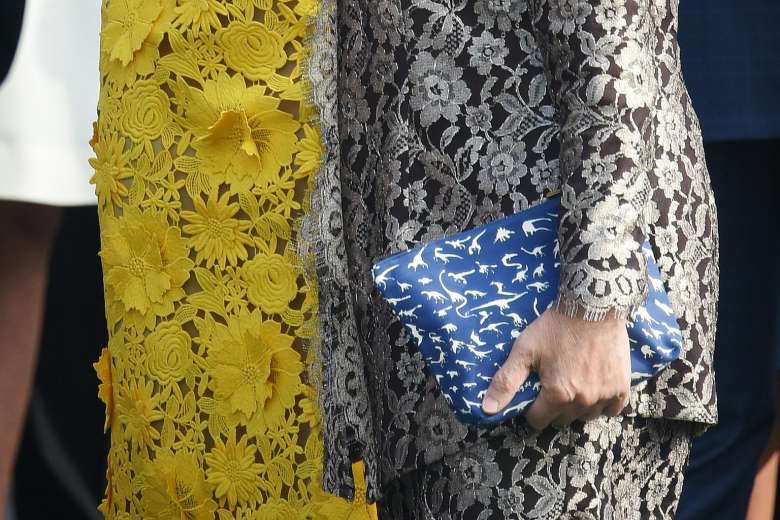 ‘Overwhelming’ demand for Pathlight pouch after #HoChing carries it to @WhiteHouse http://bit.ly/2alhJvq

Wife of SG PM, mdm Ho Ching accessories with a cute SGD14.80 pouch made by a special needs artist at the white house

Ho Ching seen carrying purse costing less than RM45, which she bought at a charity event for artwork by autistic children.

PETALING JAYA: The wife of Singaporean Prime Minister Lee Hsien Loong, Ho Ching, is being praised by netizens for being seen carrying a S$14.80 (RM44.60) purse during a recent official visit to the White House with her husband.

Ho, who is also the CEO of Singapore’s sovereign wealth fund Temasek Holdings, was seen clutching the dinosaur-motif purse, while she and Lee were welcomed by US President Barack Obama and his wife Michelle, at the White House lawn.

The blue-coloured purse was designed by 19-year-old Sheetoh Sheng Jie – a student of Pathlight School for autistic children, The Straits Times reported.

Ho, who is also the patron of the Autism Association Singapore, reportedly bought the purse at a concert last Saturday to raise funds for autism support services.

Artwork and merchandise by students of the school are also sold through the school’s online store The Art Faculty. Students receive royalties when their products are sold.

The Art Faculty is part of Pathlight’s Artist Development Programme, which was launched in 2011 to encourage autistic students with artistic abilities.

There is nothing wrong in owning handbags and jewellery if the person is able to afford it, said Deputy Agriculture and Agro-based Industries Minister Tajuddin Abdul Rahman.

There is nothing wrong in owning handbags and jewellery if the person is able to afford it, said Deputy Agriculture and Agro-based Industries Minister Tajuddin Abdul Rahman.

“I was told that one of the way of tackling a girl is buying (her) a handbag,” he told reporters in Parliament.

As for Rosmah’s jewellery, Tajuddin argued that the prime minister’s wife was moderate in what she has or wears, and jokingly pointed to his arm saying he has never seen her wearing jewellery up to her elbows.

“I didn’t see (her wearing jewellery) until here (her elbow),” he said.

“Some of the Indian ladies like to wear (jewellery) until (their elbows), but not diamond and gold, all that imitation,” he laughed.