Jamal is the self-styled leader of the pro-government “Red Shirts” movement that organised a rally to “defend Malay honour” on 16 September 2015.

His prominence in the movement as well as his defence of racially-charged incidents from the rally, which was held to counter the purported Chinese dominance in the Bersih 4 protest, have led to the view that he was prejudiced against the non-Malay community. 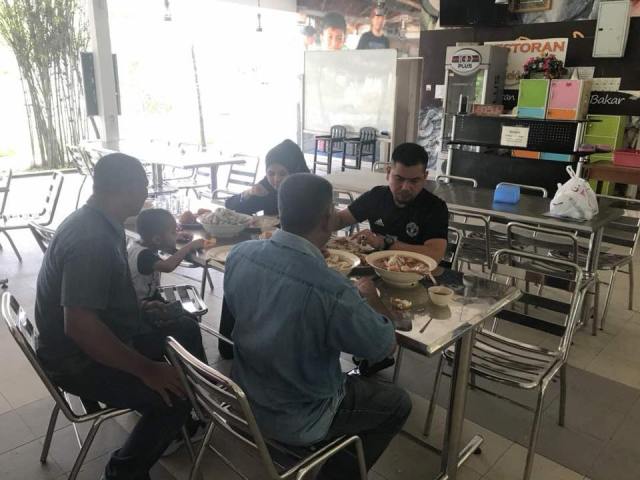 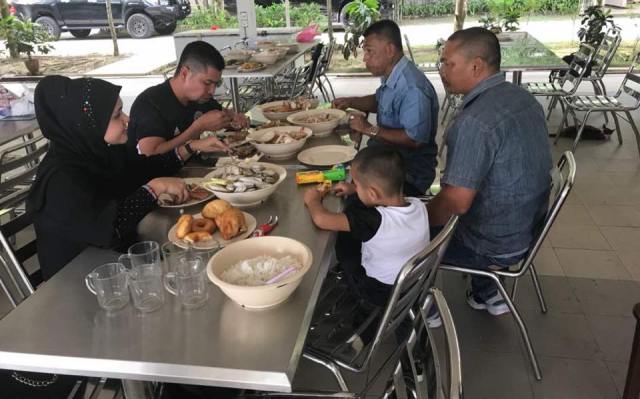 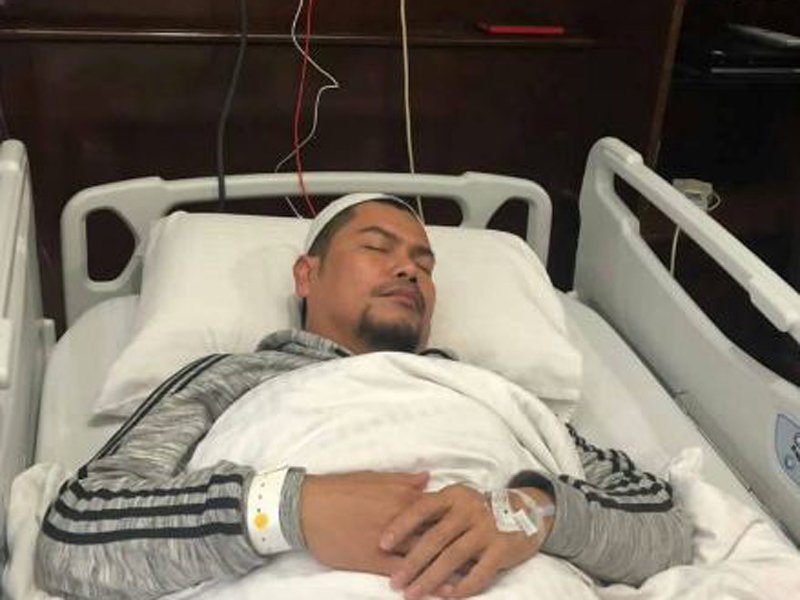 Jamal is the self-styled leader of the pro-government “Red Shirts” movement that organised a rally to “defend Malay honour” on September 16 last year.

His prominence in the movement as well as his defence of racially-charged incidents from the rally, which was held to counter the purported Chinese dominance in the Bersih 4 protest, have led to the view that he was prejudiced against the non-Malay community.

Jamal has also pledged to hold another mass gathering this year to counter the planned Bersih 5 rally.

Umno veteran Rais Yatim has told off a division chief who remarked that giving monetary gifts to branch leaders and delegates is not money politics if it is not in z party election year, for trying to hide behind technicalities.

“I want to tell him, don’t hide behind a blade of grass, we must stand behind the truth,” said Rais before launching into a pantun.

(Do not climb a crooked palm tree,
its fruits fall into others’ yard,
where the land is trod the sky lies above
stand tall but be not like grass.)

“Prior to this I had said, this (his actions) makes Umno seem like a money-grubbing party. But if RM600,000 has been spent, if you don’t call it money politics I don’t know what else to say,” said Rais further.

The former minister spoke to reporters at a press conference in Gombak today.

Rais’ artistic pantun-laced comeback was in response to Sungai Besar Umno chief Jamal Md Yunos who yesterday denied that he was practicing money politics when he announced a gift of RM1,000 each to 646 branch chiefs and divisional delegates on Aug 31.

If it is not in election year, it is not money politic…

YOURSAY | ‘Imagine, the audacity of the man to dish out money openly.’

Cmfoo: In days of old, for voluntary public services rendered, a mere thank you or a ceremonial testimonial/certificate would have sufficed plenty. And those are proudly framed and displayed in members’ homes.

But today, it has to be all-expenses-paid trips overseas, cash and more cash. The ‘cash is king’ under PM Najib Razak is the Umno-BN culture now. How sad.

Ronald: Imagine, the audacity of the man to dish out money openly, and yet, the authorities do nothing about it. Can you imagine the DAP doing it? They will be torn to shreds.

MinahBulat: Malaysian Anti-Corruption Commission (MACC), if on the basis of this admission by Sungai Besar Umno chief Jamal Md Yunos, you do not investigate the source of the funds, then what is the point of going after the corporate giants?

RM646,000 may not be big compared to the RM15 million fraud case, but what is clear is that you are beholden to Umno. Investigate Jamal and clear him by all means. If not, charge him.

Tholu: Jamal, why pay out in two instalments if the sponsors have already transferred their “donation” to you?

And talking about “donation”, was the sponsors’ money deposited into your personal account or into your division’s account, in which case every member in your division including the 115 branch members should have known about it a very long time ago.

But learning about the beneficiaries’ delight and jubilation upon your announcement of RM1,000 for each of them, it looks like they were unaware of it. A mini-1MDB scandal in the works?
…

Slumdog: See how the fairy tale story changes when put under the spotlight. First, it was 115 Umno Sungai Besar branch chiefs, then it became 646 divisional delegates.

He cancelled the trip because only 80 agreed to go, now it is because of the passing of MP Noriah Kasnon. Then he was taking the division’s branch chiefs for a holiday in Dubai, now it is has become a study trip.

One can see why Umno has such ardent supporters that they would do or say anything to defend the crimes of the debauched and corrupted MO1 (Malaysian Official 1). Their souls, integrity and principles can be purchased for RM1,000.

Roger 5201: But since the study trip to Dubai earlier this year is cancelled, should the money not be returned to the donors?

Bazooka: Rais Yatim, who is adviser to the government on social and cultural affairs, said: “All the while that I am in Umno, I never (saw) a leader admitting (he or she had) allocated money… So, the supreme council needs to do something.”

Well, at least Jamal is honest for admitting he practised money politics. Majority of Umno warlords practice it, only they don’t admit it publicly….
…

6th Generation Immigrant: Why is Rais so surprised? Former PM Dr Mahathir Mohamad had said so when he was Umno president.

Even Selangor Umno chief Noh Omar said in the same function that “he would give each branch chief RM2,000, and not just RM1,000”.

And Rais himself stated, “It worries me if such an example is displayed publicly.” The keyword is ‘publicly’.

All these indicators are just confirming facts that Malaysians already know since the days of Mahathir. If Jamal requires RM700,000 at the divisional level, surely the apex leaders will need more ‘zeros’.

MO1 must be sugar daddy with billions required. Jamal has indirectly confirmed that elections were bought – what has the Inland Revenue Board (IRB), Royal Malaysian Police (PDRM), and MACC got to say about it now?

The above is a selection of comments posted by Malaysiakini subscribers. Only paying subscribers can post comments. Over the past one year, Malaysiakinians have posted over 100,000 comments. Join the Malaysiakini community and help set the news agenda. Subscribe now.

These comments are compiled to reflect the views of Malaysiakini subscribers on matters of public interest. Malaysiakini does not intend to represent these views as fact.

Dr M: Did Jamal pay taxes on donations he received?

Former prime minister Dr Mahathir Mohamad wondered if Sungai Besar Umno chief Jamal Md Yunos had paid taxes on the donations he received from his ‘friends’ which he planned to use to send his branch chiefs on a learning trip to Dubai.

Mahathir also asked the same of the RM1,000 that Jamal plans to pay to his branch chiefs and divisional delegates after he cancelled the trip and decided to pass on the money to them in compensation.

“According to Malaysian laws, all monies received are an income,” wrote Mahathir in his blog tonight.

He added that as such anything classified as income must be reported to the Inland Revenue Board (LHDN), and taxes paid accordingly.

As for donations, he said that only those paid to welfare organisations approved by LHDN can be exempted from tax.
…

“Were the LHDN informed of the amount gifted by his friends?

“Did the LHDN officially gave an exception to the good guy (Jamal) from paying taxes?

“And those who received the RM1,000 from the good guy (Jamal), will they report it to LHDN and pay taxes on it?” he asked.

Show bank a/c. This total amount is no small money. —- Jamal: I’m a good man, so my friends donate money

Jamal: I’m a good man, so my friends donate money

Jamal offers this explanation when responding to a DAP MP who questioned his wealth after he promised RM1,000 each to over 600 Umno delegates.

“I am a good person, so every year when I’m about to chair a division meeting, a lot of my friends and businesspersons, will contribute (some money).

Jamal, who also leads the Red Shirts movement, was speaking to FMT in response to Ipoh Barat MP M Kulasegaran of the DAP, who earlier today questioned the Umno man’s wealth.

This came following Jamal’s surprise announcement yesterday when he promised to give RM1,000 to every delegate present at yesterday’s Sungai Besar Umno division meeting.

Sg Besar Umno chief to give RM1,000 to 600 division delegates

Jamal Md Yunos says a planned Dubai trip was cancelled and instead the 600 delegates in the division will receive RM500 today and another RM500 next year. 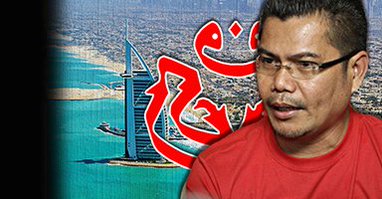 SUNGAI BESAR: To protect the feelings of those who couldn’t join his sponsored trip to Dubai, Sungai Besar Umno Division Chief Jamal Md Yunos decided to cancel the trip completely.

However, all those present at the division meeting today, estimated to be more than 600, will receive a total of RM1,000 each.

“Five months ago, I promised the (Sungai Besar) division leaders and committee members that I will take them for a holiday in Dubai before the next general election.

“However, out of the 115 leaders in the division, only 81 wanted to join. The rest said they can’t.

“So, today, I want to announce that the Dubai trip is cancelled as I don’t want anyone (who can’t go) to be upset.

His unexpected announcement was celebrated by the delegates as they roared and cheered at the promise of cash.