When Umno propaganda gets into the way of truth http://dlvr.it/MTFXmM

YOURSAY | ‘There must be a law against such despicable and deplorable acts.’

CQ Muar: It’s disgusting, shameful and disgraceful for Umno leaders to resort to using unauthorised pictures of innocent people for their political ends.

We urge those involved to seek legal recourse for encroaching into other people’s privacy by depicting the message wrongly and fraudulently.

Sue Selangor Umno information chief Zain Isma Ismail. Don’t be intimidated by him. Who is he anyway, except a subservient slave in Umno?

Anonymous_1372741039: Yes, there must be a law against such despicable and deplorable acts. It is a reflection of how desperate the situation is for Umno/BN in their attempt to remain in power.

Such devious and uncouth methods to deceive the rakyat is truly disgusting. Malaysians in general must vilify and condemned such acts of utter desperation and take ths responsible party or parties to court.

How corrupt have they become and how low are they prepared to go? Have they no fear of God?

Ferdtan: What an act of desperation. They had to steal photos from unknowing victims and photoshopped them. When caught, Zain Isma as expected refused to apologise, giving lame excuses that it came from the Internet.

The falsehood of the photo had been confirmed. Even if Zain Isma was not the one who altered the photo, as a gentleman he should issue an apology for the mistake because he had post it on his Facebook.

Well, I guess that will too much to ask from any Umno leader. Zain Isma is no exception.
…

Datuk Abdul Kadir Jasin: Bravo my children. You guys must stand up for truth and for your right. Speak up.

You mustn’t allow yourself to be cowed and manipulated by morally bankrupt politicians. You should make politics cleaner and service-oriented by purging these immoral pretenders.

Ahlil Kubur: We expect some degree of integrity coming from the man, but what a shame he has no accountability, highly irresponsible, no respect for using other people’s photo without prior approval and using them for the wrong reasons. Please apologise.

‘I only made the picture viral’, says Selangor Umno man accused of misinformation

However, he believes he has done nothing wrong and has challenged the youths who accused him of spreading misinformation and defaming them to file a police complaint against him, news portal Malaysiakini reported.

“If they want to lodge a police report against me, go ahead, I only made the picture viral.

“The police will be able to trace [who really edited it],” he was quoted saying. 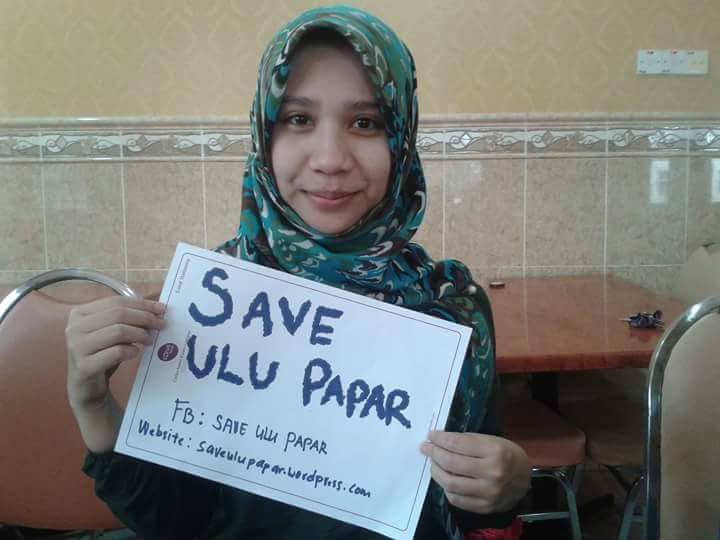 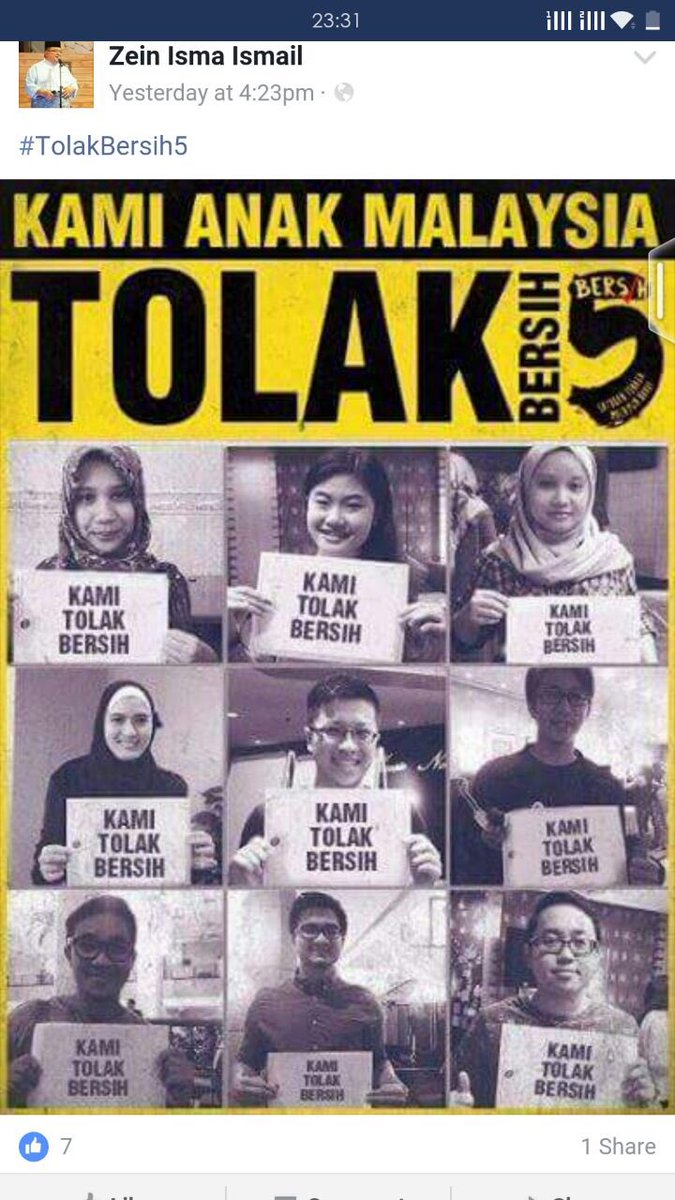 Atyrah Hanim Razali, a Universiti Sains Islam Malaysia student, alleged her photograph was stolen by an Umno leader and edited for anti-Bersih propaganda on Facebook.

The Sabah activist said a photograph of herself holding up a “Save Ulu Papar” placard was edited so that the words read “Kami Tolak Bersih” (We reject Bersih) instead.

Eight of her friends who held up the same “Save Ulu Papar” placard also had the words edited into “Kami Tolak Bersih”.

“Umno is so desperate that it needs to steal people’s photographs and photoshop them,” said Atyrah in a Twitter posting.

“We are shocked when we saw our photographs were edited and circulated on Facebook by Selangor Umno information chief .
…

The edited photographs were put together into a collage and uploaded to Facebook by Zein on Tuesday.

When contacted, Zein said he did not know the photographs were manipulated.

“I didn’t know, I was only sharing other people’s (picture). Many (Whatsapp) group were sharing them, I took from the groups,” he told Malaysiakini.

However, Zein refused to give in to the students’ demands and threat of legal action.

“If they want to lodge a police report against me, go ahead, I only made the picture