Corruption in DBKL: Rampant and of ‘unprecedented’ scale?

He said the letter with a 30-day notice which he had received had yet to be replied as he felt that the matter should be given due consideration.

He said the resignation letter would be given due consideration and it also depended on whether a suitable replacement had been identified.

“I am made to understand that the resignation letter was made because he feels that he had been serving in the DBKL for too long after 40 years. Now, he is thinking of spending time with the family.

“He wants to resign because he has been here for too long…and we respect his wishes and also value his contribution. Now we (the ministry) must play a role in looking for a suitable successor,” he said at a media conference at Menara Dewan Bandaraya Kuala Lumpur.

He said the matter would be brought up to the cabinet meeting next week.

54-year-old Datuk Seri allowed out on RM300,000 bail in corruption and money-laundering case. 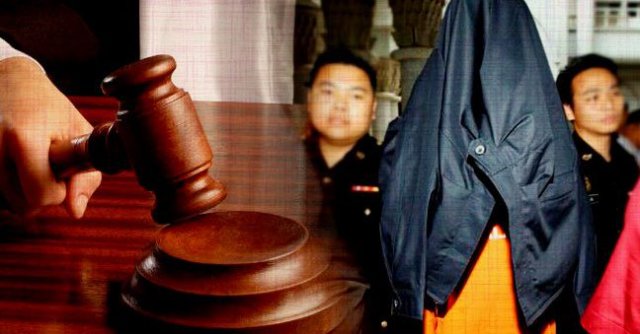 The man had been detained at his office at DBKL at 3.07pm on Aug 15 and remanded for seven days from Aug 16. He was further remanded for five days until today.

The MACC had wanted to conduct further searches and record the statement of the contractor allegedly linked to the man, and to get relevant documents.

The commission, according to a news report, believes that corruption at an “unprecedented scale” could be taking place in the City Hall.

The New Straits Times said the officers could have been working with the Datuk Seri to receive gratification from developers by abusing their positions.

MACC director of investigations Azam Baki said the officers of various ranks were suspected of forcing developers to deal with DBKL for various approvals to get free condominium units, which were later sold at higher prices.

“Our investigations revealed that no less than 30 City Hall officers obtained condominium units through corrupt ways and without making any advance payments.

“The modus operandi is quite sophisticated, where both parties sign sales and purchase agreements without any monetary transaction actually taking place, and the units are later sold at market value once the project is completed,” Azam is quoted as saying.

Blaming the Datuk Seri for the situation, Azam said since the suspect did not monitor his subordinates, some of them contacted developers asking for a similar deal like the one given to their boss.

“Some of them didn’t even deal directly with these developers, but when they know their bosses are getting something, they, too, want their share.

“It happened because their high-ranking officer was part of the network,” he said.

Mayor, staff morale is boosted by cleaning up the mess

COMMENT Talking about the Kuala Lumpur City Hall (DBKL) and the mess that has allegedly already been there all these years, the mayor, Mohd Amin Nordin Abd Aziz, should be happy there is a cleaning-up by the Malaysian Anti-Corruption Commission (MACC).

In fact, the current attorney-general, Apandi Ali and Prime Minister Najib Abdul Razak deserve the credit for appointing a new man to head the anti-graft agency.

The question is whether the dragnet cast out is just a show, or would the AG’s Chamber provide all its assistance to prosecute the corrupt officials?

There is a proverbial Malay saying that Mohd Amin should recall from his school days, “Siapa makan cili dia yang rasa pedas” (the one who takes the chilli will feel it).

As the mayor, Mohd Amin should be happy that after the cleaning-up of the government agency known for its huge corruption, it will boost the staff’s morale.

If not the staff’s morale, at least public confidence will return to DBKL after the allegedly corrupt culture in DBKL is being addressed thoroughly. Infusion of religious teachings in the past has never taken root with some of these corrupt ones, so let the MACC deal with them now.
…
What kind of staff does Mohd Amin want? Good staff who work hard yet were never promoted, or those who are allegedly corrupted and sitting in high-ranking positions?

Since last week, Kuala Lumpur City Hall (DBKL) has been making headlines for all the wrong reasons.

“I don’t want to comment,” Amin Nordin told the New Straits Times when quizzed on the probability of MACC hauling up some 30 more DBKL officers for questioning.

“This whole mess has affected the morale of our staff,” he said. 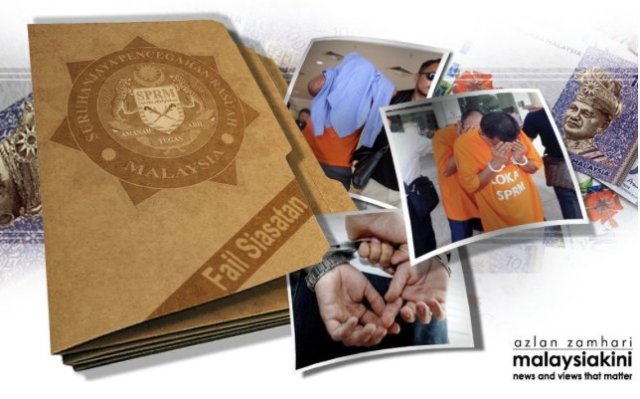 The ‘Datuk Seri’ who was arrested by Malaysian Anti-Corruption Commission (MACC) to assist in a corruption investigation is believed to own 31 luxury condomimium units worth more than RM15.5 million, reported Utusan Malaysia.

These units located in Kuala Lumpur were ‘purchased’ from five housing developers which had dealings with Kuala Lumpur City Hall (DBKL).

Quoting a source, the report said the MACC found that the suspect had purchased all the condominium units, each priced between RM200,000 and RM300,000, without paying downpayments when the sale and purchase agreements (S&P) were executed.

The houses were bought using the suspect’s own name and those who are close to the suspect.

“It is believed that the suspect would sell these units with an estimated price of RM500,000 each, once they are completed to gain profit,” said the source.

These senior officers allegedly collaborated with housing developers when they book the units without making the downpayments.

After the projects are completed with certificate of fitness (CF) issued, the developers would acquire the units ‘bought’ by the officers and sell them to genuine purchasers with a higher rate.

The source also claimed that MACC did not rule out the possibility of other officers and staff from DBKL being involved in similar deals to make quick money.

In ‘shock’ over the revelation that a City Hall ‘good’ officer, a Datuk Seri, was arrested for graft, Tengku Adnan wants a review of all asset declaration forms of his staff!

Kuala Lumpur: All heads of department within the Federal Territories Ministry have been ordered to review their staff’s asset declaration forms.
.
Its Minister Datuk Seri Tengku Adnan Tengku Mansor today instructed for the forms to be updated in response to the remand of a “Datuk Seri” from City Hall for suspected graft.
.
“During the post cabinet meeting yesterday, I have told all my officers including the secretary-general to re-scrutinise asset declaration forms,” he said, adding that this was applicable to all units including City Hall, Putrajaya and Labuan Corporations.
.
Kuala Lumpur Mayor Datuk Seri Mhd Amin Nordin Abd Aziz today called for all City Hall employees to declare their assets.
.
Tengku Adnan said that it would be working together with the Malaysian Anti-Corruption Commission (MACC) to combat graft. He said it would be getting the commission’s guidelines on the matter.
.

Meanwhile the “Datuk Seri” who has been remanded for alleged graft has been suspended indefinitely.

Federal Territories Minister Tengku Adnan Tengku Mansor said the Kuala Lumpur City Hall (DBKL) senior officer arrested for alleged corruption was a “good officer”, who was promoted twice in a year due to his dedication and being good in decision-making.

“As far as I know, the officer is a good officer, committed to his job and attentive. He moved up from Grade 54 to Special Grade C, and he is currently Special Grade B because he is good and has potential.

“However, that is him at the workplace… what he does apart from his job, I do not know,” he told the New Straits Times.

The minister, who is often referred to as Ku Nan, also urged the Malaysian Anti-Corruption Commission (MACC) to conduct a full and fair investigation.

“I am shocked. I had no idea about it until Monday,” Amin Nordin was quoted by English daily The Star as saying.

Expressing sadness over the incident, the mayor said he had always stressed to his staff the importance of living clean and within their means.

The senior officer, who holds a ‘Datuk Seri’ title, was purportedly being investigated for projects he was involved with in his previous position, in which he dealt with planning and development, the mayor confirmed.

KOTA BARU: The Malaysian Anti-Corruption Commission (MACC) has obtained a seven-day remand order against a Kelantan Tenaga Nasional Berhad (TNB) senior officer over an investigation into a corruption case.
.
The remand order, effective from today until Aug 22, was issued by magistrate Ahmad Adha Amir Yasser Amri at the Kota Baru Magistrate’s court here.
.

Like Loading...
This entry was posted in Uncategorized and tagged corruption and DBKL, crime in malaysia, datuk seri DBKL arrested, MACC, MACC and DBKL, malaysia, politics. Bookmark the permalink.