Silat September 16 Rally. Pesaka has its own rally: “We can flood KL streets if we want to…”

It’s not quite a RM2.6 billion question, not even close, but which rally will UMNO members attend?

KUALA LUMPUR, Sept 13 — Olympic Council of Malaysia (OCM) president Tunku Imran Ja’afar expressed shock upon learning his vice-president was at the forefront of this Wednesday’s anti-Bersih rally at Padang Merbok.

“I am shocked … at a loss for words actually. Sports associations should not get involved in politics,” said Tunku Imran.

“I am unable to say more except that I will have to bring this up at our next meeting on Sept 22.”
…

Megat Zulkarnain insisted Pesaka had every right to organise the gathering as they wanted to promote “peace”. The gathering was in retaliation to the Bersih rally held recently.

He also revealed Pesaka was registered under the Registrar of Societies (RoS) and the Sports Development Act 1997 as it promoted “the Malay culture” and the sport.

The silat federation enjoys funding from the Youth and Sports Ministry, through the National Sports Council, in hiring coaches and sending exponents for major competitions abroad.
…

Megat Zulkarnain had last month criticised a so-called silat demonstration by a “red shirt” group, who were seen breaking tiles and wood with their heads and body, claiming the group had tarnished the image of the sport.

He was then quoted as saying Pesaka members were discouraged from taking part in the rally and would not hesitate to protect the country if asked.

KUALA LUMPUR, Sept 12 — The rally on Malaysia Day is open to both Umno and PAS members who want to show solidarity with the organisers, Tan Sri Mohd Ali Mohd Rustam said today.

Mohd Ali was unable to confirm, however, if Umno divisions will be mobilising their members to join in the rally slated to take place at Padang Merbok.

“I also don’t know, but when we invite them, of course they will come from their respective divisions, but they are free (to come), because this is organised by Pesaka,” the Persekutuan Silat Kebangsaan Malaysia (Pesaka) president told reporters here.

“I invite members of Umno and PAS to come, whether or not they come by themselves, I don’t know,” he added, also declining to provide an estimate of the expected rally turnout.

Earlier today, a list circulated online showed that Umno is preparing to send at least 180,000 members to the rally dubbed “Himpunan Rakyat Bersatu”.

The list shows the purported participation of 139 of the party’s 155 divisions for the rally, with those responsible for organising the large-scale deployment urging division leaders to increase attendance for the event.

The list appears to be in response to a September 4 meeting organised by Umno executive secretary Datuk Ab Rauf Yusof, who reportedly confirmed that the meeting took place in preparation of possible invitations to join the rally.

We, too, can flood KL streets if we want to, says silat group 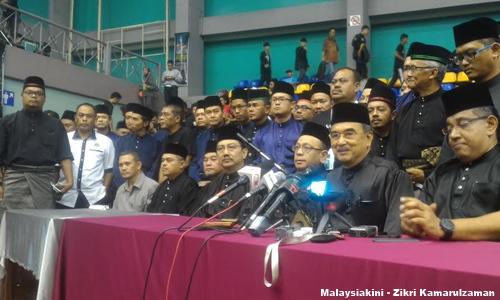 Bersih is not the only group that can flood the streets of Kuala Lumpur with demonstrators, said National Silat Federation (Pesaka) president Mohd Ali Rustam. 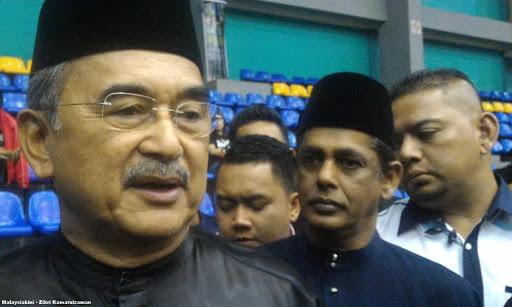 Persekutuan Silat Kebangsaan (Pesaka) dis-associates itself from the Red Shirts and Red September. 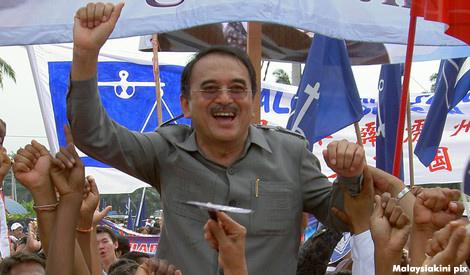 Persekutuan Silat Kebangsaan (Pesaka) president Ali Rustam today said that the rally organised by the group on Sept 16 has nothing to do with the Himpunan Maruah Melayu (Rally for Malay Dignity).

Therefore, Ali said those who want to incite racial violence should stay away from the Sept 16 rally by the silat group.

The Himpunan Maruah Melayu, dubbed the red shirt rally, is also planned on Sept 16 and was previously reported to be organised by the silat group.

“Those who are angry on a racial basis (marah perkauman) and want to create trouble, don’t come,” he said at a press conference in Kuala Lumpur today.

He said those who want to attend the silat rally need not wear red.

“You can wear anything you want […] All Malaysians are welcome,” the former Malacca chief minister said.

2 Responses to Silat September 16 Rally. Pesaka has its own rally: “We can flood KL streets if we want to…”