My teacher, my molester: Only a few cases but there should be none!

Teacher arrested for allegedly molesting a 10-year-old student at an Ampang school had a police report lodged against him before. Police are urging any other victims to come forward. pic.twitter.com/6iOujd4I2X

The school just had one job to protect the children but decided the pedophile should molest children in other schools. Fucking hell of a system https://t.co/WN2gi5nTSz

KUALA LUMPUR, July 16 — Suara Rakyat Malaysia (Suaram) roped in today the aid of Human Rights Commission of Malaysia (Suhakam) to look into a delay by the authorities in the investigation of a 10-year-old student allegedly molested by her teacher in school in Ampang last month.

The civil society was representing the parents of the girl and submitted a memorandum to Suhakam at its office here today.

Suaram project coordinator Muhammad Alshatri told reporters that the parents and the group feared the teacher may be a repeat molester.

“The teacher was reported to have sexually harassing students at the previous school,” he said, adding that the male teacher was then transferred to his present school and is still working there after a complaint was made.

According to Muhammad Alshatri, the Education Ministry does not have the specific mechanism to process complaints and address sexual harassment cases in schools.

“This has allowed the teacher to repeat the same actions with other students,” he said.

In the memorandum to Suhakam, the victim’s parents have an account of the assault on their daughter.

The girl had related to her mother that she had been made to sit on her male teacher’s lap and that he had fondled her chest and private parts during school recess on June 13.

The family had filed a police report the next day.

The parents claimed to have met the school headmaster, who told them that the incident was not a big issue and that the school could not do anything about the harassment problem, and advised them to sort it out with the teacher.

Speaking to FMT, Kamarozaman said that in some instances, teachers, especially the men, were sexually harassed by the female students in Forms 4 and 5.

If these male teachers are not wary, he warned, they could find themselves in hot soup.

“The trouble starts when teachers and students fall in love.

“And these are things that we are taught about at the university or teaching institutes.

“As an educator, a teacher must be sincere and should treat their students like their kids.”

Kulai MP Teo Nie Ching has criticised the Education Ministry’s move to transfer teachers accused of sex offence from one school to another.

She said while the notion of innocent until proven guilty stands, it was best such individuals are not allowed to come in close contact to students pending investigations.

Simply moving them from one school to another does not keep children safe, Teo added.

“As a precautionary measure, isn’t it better to put the teacher in a district or state education office pending investigation?

“Why expose the other kids to unnecessary and avoidable risk?” she said in a statement today.

Teo was not satisfied with Education Minister Mahdzir Khalid’s parliamentary written reply that a teacher who was accused of molesting nine students was only transferred to another school and placed under observation.
…

Teo raised the question after parents of children in a school in Hulu Selangor had made complaints against the teacher.

She pointed out that Deputy Education Minister P Kamalanathan had two weeks ago given a similar answer on a school headmaster in Sandakan who was found sharing pornographic content with students on a WhatsApp group.

“I do not understand the rationale behind these decisions.

PETALING JAYA, Nov 1 — Teachers who are accused of molesting students can be transferred to another school, unless they are found guilty.

Education director-general Tan Sri Dr Khair Mohamad Yusof said the standard operating procedure was fair to the parties in the schools where the offence was alleged to have taken place.

“We must ensure that natural justice prevails. It has to be ensured that there is no element of malicious intent and we must be firm of the prima facie of any allegations,” he said when contacted yesterday.

“Until the investigations are completed, we cannot create a situation where someone is seen to be guilty before being proven to be guilty.”

Referring to the transfer of a teacher who allegedly molested nine primary school students, Khair said the accused had lodged a police report in his defence.

He said the ministry had suspended the teacher from the school where the offence was alleged to have taken place by transferring him to another school until investigations were completed.

KUALA LUMPUR: There have been 15 cases of teachers who molested students between 2010 and this year, the Education Ministry told the Dewan Rakyat today.

The ministry said this in response to Teo Nie Ching (DAP-Kulai), who asked for the number of complaints received on teachers accused of molesting students and what action had been taken against them.

The ministry said the teachers involved in these molest cases had been transferred to other districts and had been put under the supervision and monitoring of the State Education Department (JPN).

“The students involved have been given counselling by school counsellors,” the ministry said in a written reply.

Teo also asked about a teacher who allegedly molested nine students in a school in Hulu Selangor, and wanted to know what action had been taken against him.

“JPN will take action after the court has made its decision,” the ministry replied.

KUALA LUMPUR, Oct 31 — A teacher who allegedly molested nine students at a Tamil primary school in Hulu Selangor has been transferred to another school.

The Star Online reported Education Minister Datuk Seri Mahdzir Khalid as saying that the teacher was moved out of the school and is currently being “monitored” by district and state education officers.

“The ministry is working closely with the police to resolve the case according to the law,” Mahdzir was reported saying in a written reply to Teo Ni Ching (DAP-Kulai) in the Dewan Rakyat today. 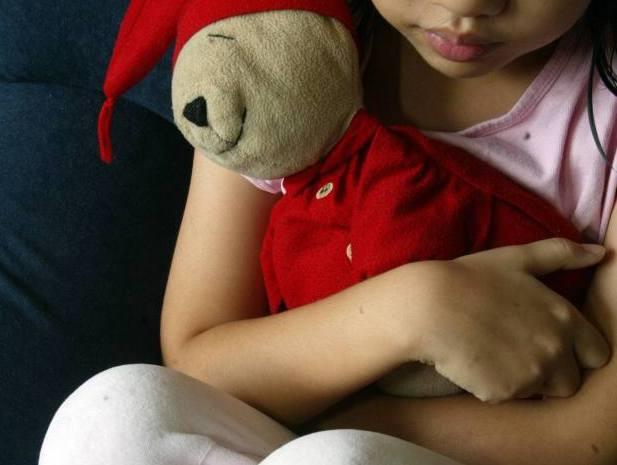 Like Loading...
This entry was posted in Uncategorized and tagged 15 teacher-mosleted since 2010, crime in malaysia, crime in school malaysia, teachger molested primary school pupils transferred. Bookmark the permalink.