Penang: Truck driver loses his cool and ‘attacks’ 22 cars and 2 motorbikes with his truck!

Driver of trailer which ploughed through double-parked cars in Malacca arrested http://www.nst.com.my/news/2016/03/132873/driver-trailer-which-ploughed-through-double-parked-cars-malacca-arrested … 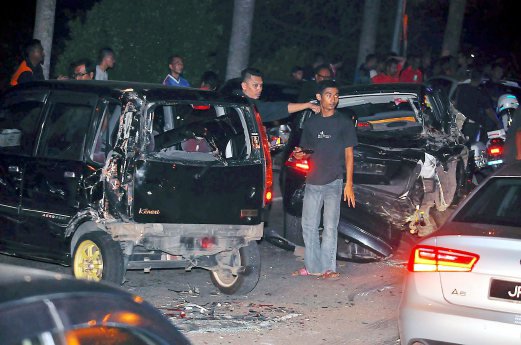 Melaka Tengah police chief Assistant Commissioner Shaikh Abdul Adzis Shaikh Abdullah said that the trailer driver was arrested at the Salak Tinggi police station around 5.12pm when he came to lodge a report on the accident.

“The suspect, a man in his 50s, was arrested. We also impounded the trailer,” he told reporters after a handover of duty ceremony to the new Melaka Tengah deputy police chief at the Melaka Tengah police headquarters, this morning.

The Blaze drivers driving tow gros pct found!( Good man ah!)
Even the hit at least 23 cars to park cars illegally put of the trailer park in Rio Negro has been placed in a city somewhere. Along with the first lo pct car and truck multiple hit the traces. (Exclusive Photography: Chan Man-Cheung)
http://www.chinapress.com.my/?p=610890

Around 20 cars, parked illegally alongside a highway adjacent to the Hang Jebat Stadium, were believed to have been hit by a lorry that was driven by an irate driver. 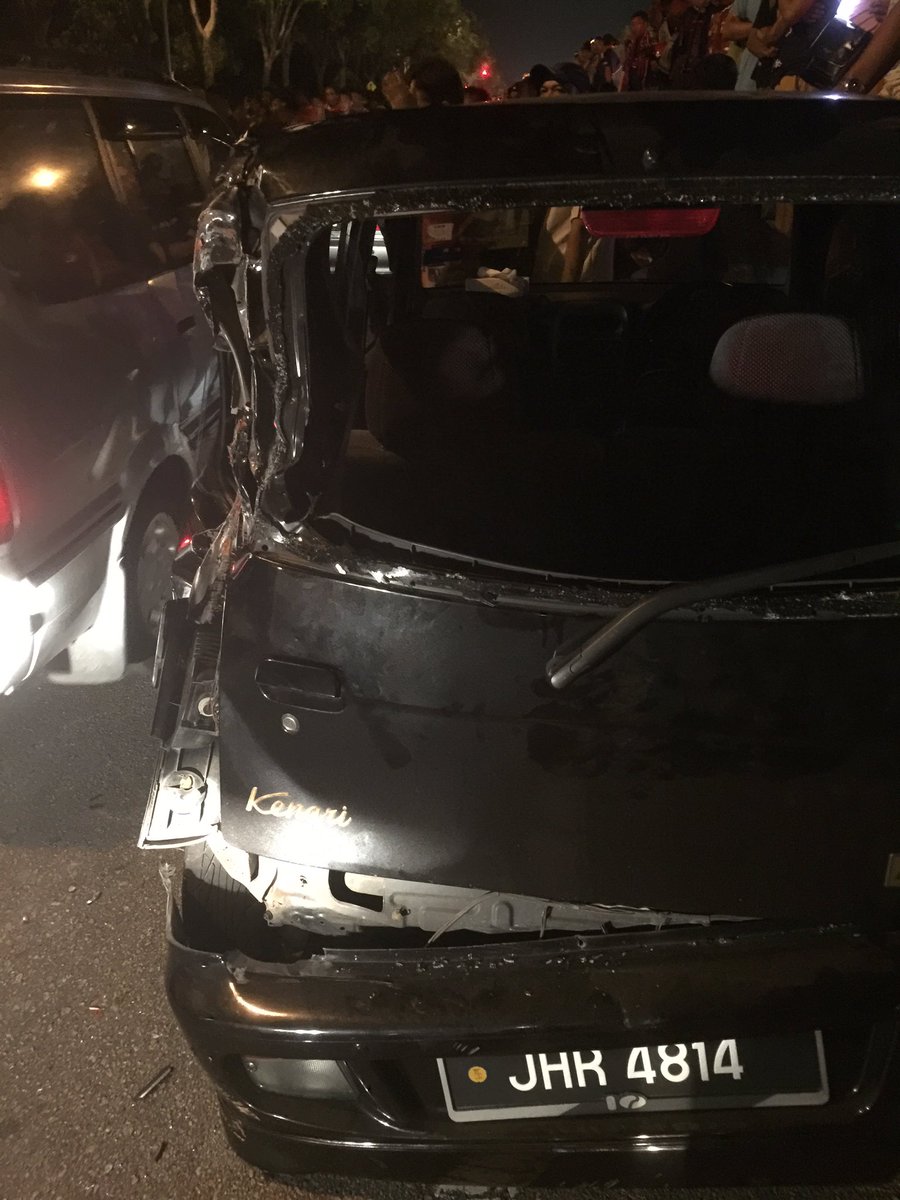 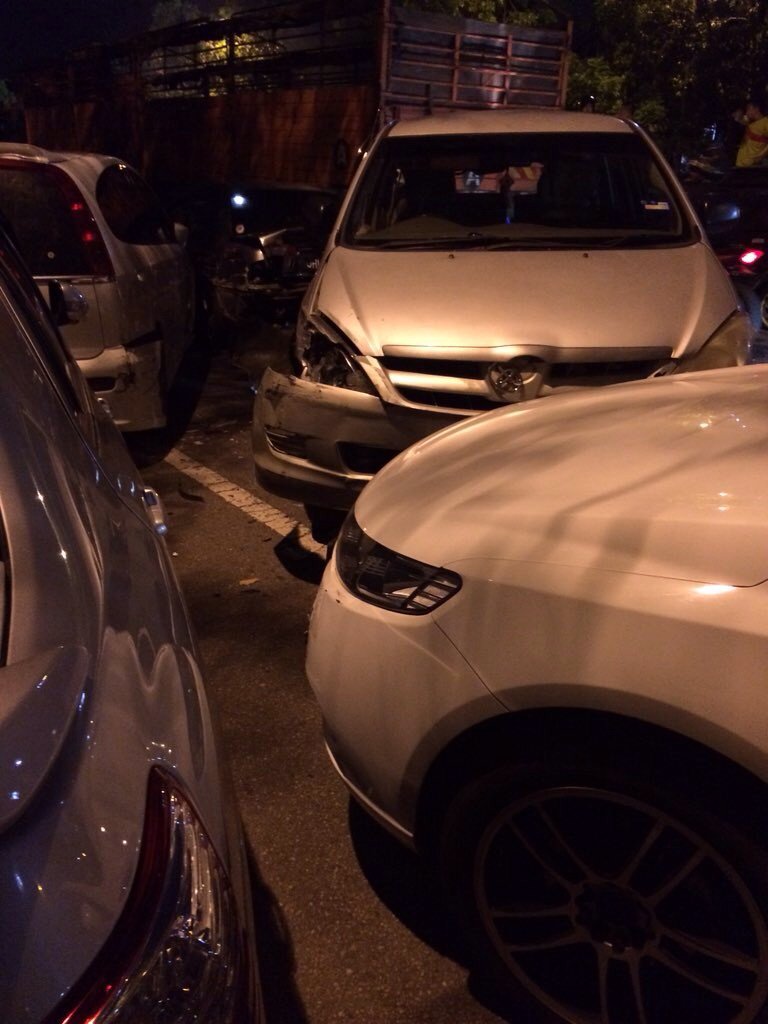 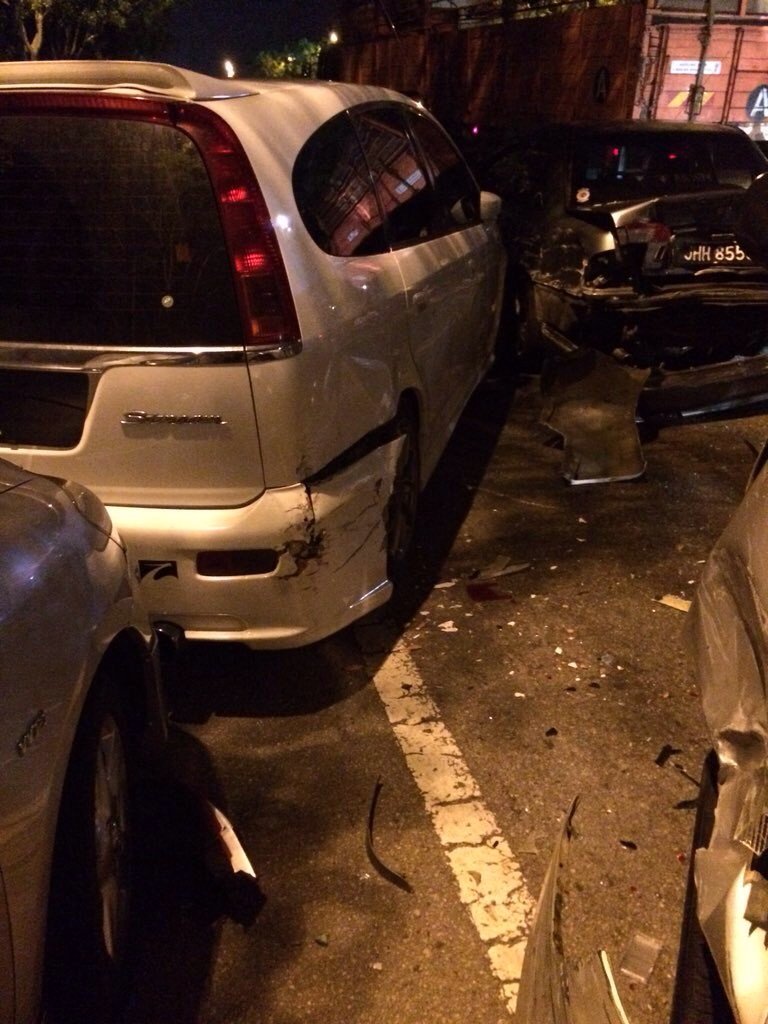 The cars were double-parked near the Hang Tuah Stadium last night, during the Super League match between JDT and PDRM, TV1 reported.

The news channel said the incident happened at about 10pm, when the match was ongoing.

In the footage, half of a Proton Saga car was crushed while the door of a Perodua Myvi appeared to have almost been ripped off and its front bumper ruined.

TV1 reported that the trailer driver was “angry” that he could not pass.

He left the scene after the incident, TV1 reported. 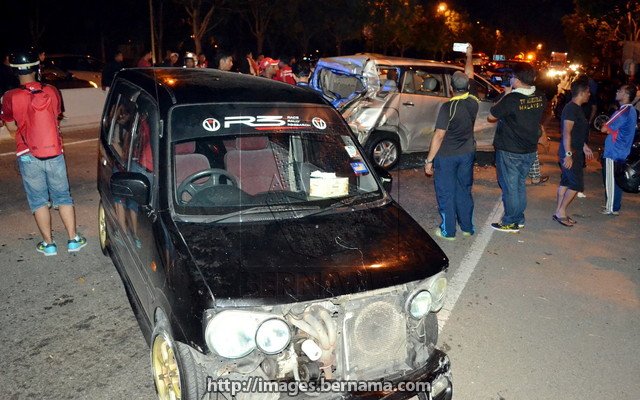 Like Loading...
This entry was posted in Uncategorized and tagged crime malaysia, melaka: triler truck wrecks cars of JDT fans. Bookmark the permalink.

1 Response to Trailer truck rams through 20 double-parked cars in Malacca. Monkey in Malacca see (trucker in Penang), monkey (trucker in Malacca) do?