Posted on September 25, 2015 by weehingthong 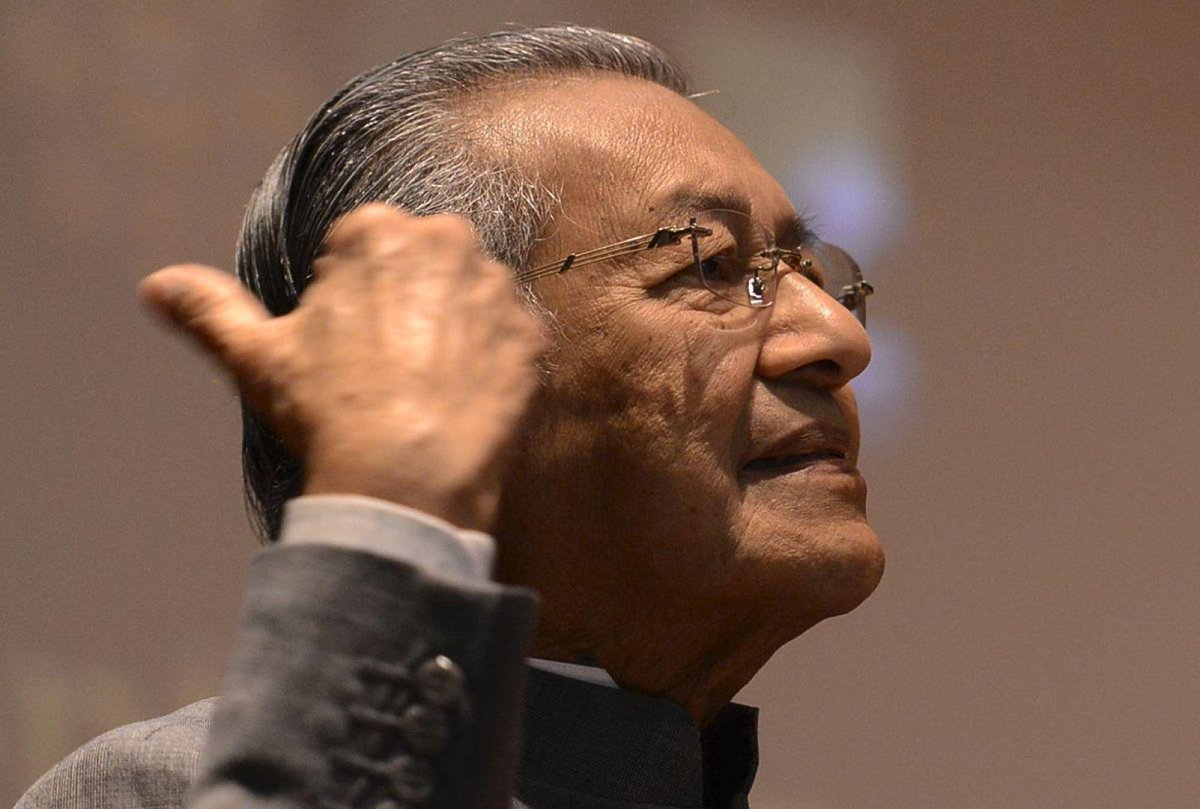 KUALA LUMPUR – The racial undertones at the “red shirt” rally were supported by Malaysia Prime Minister Najib Razak, charged retired statesman Dr Mahathir Mohamad today (Sept 26), adding it appeared the government was also behind the staging of the rally.

Dr Mahathir said he felt that after watching a speech Mr Najib made about the rally, it appeared as though the United Malays National Organisation (UMNO) president was urging rally-goers to show that the “Malays could do what the others were doing”.

“I was at the yellow shirt gathering, they were not shouting about race, they were saying the prime minister must go, that’s all, and yet, the prime minister was saying, ‘we can be as racist as they are’,” Dr Mahathir said, referring to the Bersih 4 rally in Kuala Lumpur on Aug 29 and 30 which he attended.

He also said that it was obvious that the “red shirt” rally held in Kuala Lumpur on Sept 16 had government support, because protesters turned up in Felda buses and were given money and food.

“It looks like the government was behind the rally, a lot of them were UMNO people and Felda people.

“Only those in charge of the government can do that,” he said at a press conference after speaking at a peace forum at the Holiday Inn in Malacca, which was organised by the Malacca Bar.

Former premier Dr Mahathir Mohamad has accused Prime Minister Najib Abdul Razak of being behind street rallies to support his premiership in the face of calls for his resignation.

Although he did not specify, the long-serving PM was likely referring to the red shirt rally on Sept 16 in Kuala Lumpur, held by pro-Najib quarters.

Najib significantly praised the rally for defending the Malays and his government.

Najib paid for street rallies to support him, claims Dr M Now you know why @kbab51 refused to act against Jamal! http://m.malaysiakini.com/news/313489