Malaysia’s richest men 2015: And then there were 12 billionaires…

Following the publication of the richest people in Malaysia list who turned out to be all men, a question arose: where are the women?

In the list of the richest people in Malaysia, the first woman falls into 33rd place, following 32 listings of only men.

We decided to look the women up and find out a bit more about them. Between shareholders, property and everything in between, these women embody a wide variety of industries.

According to Focus Malaysia, the combined wealth of the top 25 richest women in Malaysia builds up to “RM9.5 bil in shares of Bursa-listed companies”.

That combination is a far cry from just Malaysia’s richest man, Robert Kuok, who’s worth US$11.4 billion (RM48.77 billion) alone.

At 45-years-old, this prolific Sarawakian face is a mainstay in Borneo-related news on account of her being the daughter of Sarawak Governor Tun Abdul Taib Mahmud. She graduated from the University of San Francisco with a Bachelor of Science in Business Administration.
.

A supporter of women, Yeoh Soo Min is a committee member of the Women for Women Association of Malaysia, and also chairman of the Women in Travel Industry.

Professionally, this 61-year-old joins the family business at YTL Corporation by heading accounting systems and finance.
.

Another face from the famous YTL Corporation, 55-year-old Yeoh Soo Keng has been the Executive Director of YTL e-Solutions Berhad since 2016.
.

As a shareholder to Dialog Group Bhd, she’s a new entry into the list. Besides her wealth, not much is known about her, but Dialog Group has been enjoying some good news recently in regards to the Kuala Lumpur Stock Exchange.
.

As the fourth daughter of the Sultan of Perak, Raja Eleena was born with a silver spoon. She spent her schooling years in SMK Convent Bukit Nenas, and later, read Law in the University of London. Today, she is a senior partner at Raja Eleena Siew Ang & Associates.

As an advocate, solicitor and major shareholder of Gamuda, she utilises her legal experience and knowledge to benefit the Gamuda corporation.
.

Graduating Columbia University in USA with a Teacher College Professional Diploma and a Master of Arts degree back in the 50s, this reclusive tycoon co-founded Selangor Properties Berhad with her husband.
.

At 88 years-old, Lim Kim Hua is the widow of Lim Goh Tong, the man behind the name Genting. Her husband Goh Tong used to note what a supportive wife she was, attending events with him.

Check out these top 5 richest Malaysian women who earned their millions by being smart with their money!

As the only woman to have made it on this year’s Forbes Malaysia’s Top 50 Richest list, Puan Sri Datin Chong Chook Yew has earned the number one spot on our list.
.

Named Australia’s Richest Self-Made Woman, businesswoman Vicky Teoh is in fact, Malaysian-born and we’re including her in this list! Emigrating from Malaysia to Australia in 1986, Vicky and her husband went on to found TPG, a telecomm and IT company in Australia.
.

This Malaysian beauty has walked the runways of major fashion shows in London, Paris, and Milan; worked with designers such as Vera Wang, Chanel and Stella McCartney; as well as appear in numerous advertising campaigns.
.

Aged just 36, Maya Karin is the youngest wealthy woman on our list. But it’s no surprise that this talented actress, singer, model and television personality, has over RM56 million to her name.
.

Our list is not exhaustive; in fact, there are many more local moneyed ladies that make Malaysia proud in more ways than one. Among them are singer Dato’ Siti Nurhaliza (RM69 million); actresses and models Amber Chia and Carmen Soo (RM20 million and RM16 million, respectively); and squash star Datuk Nicol David (RM1.4million).

Michelle Yeoh is said to be one of the 5 richest women in Malaysia and 3rd most powerful woman in the country.

Michelle Yeoh, said to be 3rd most powerful woman in Malaysia 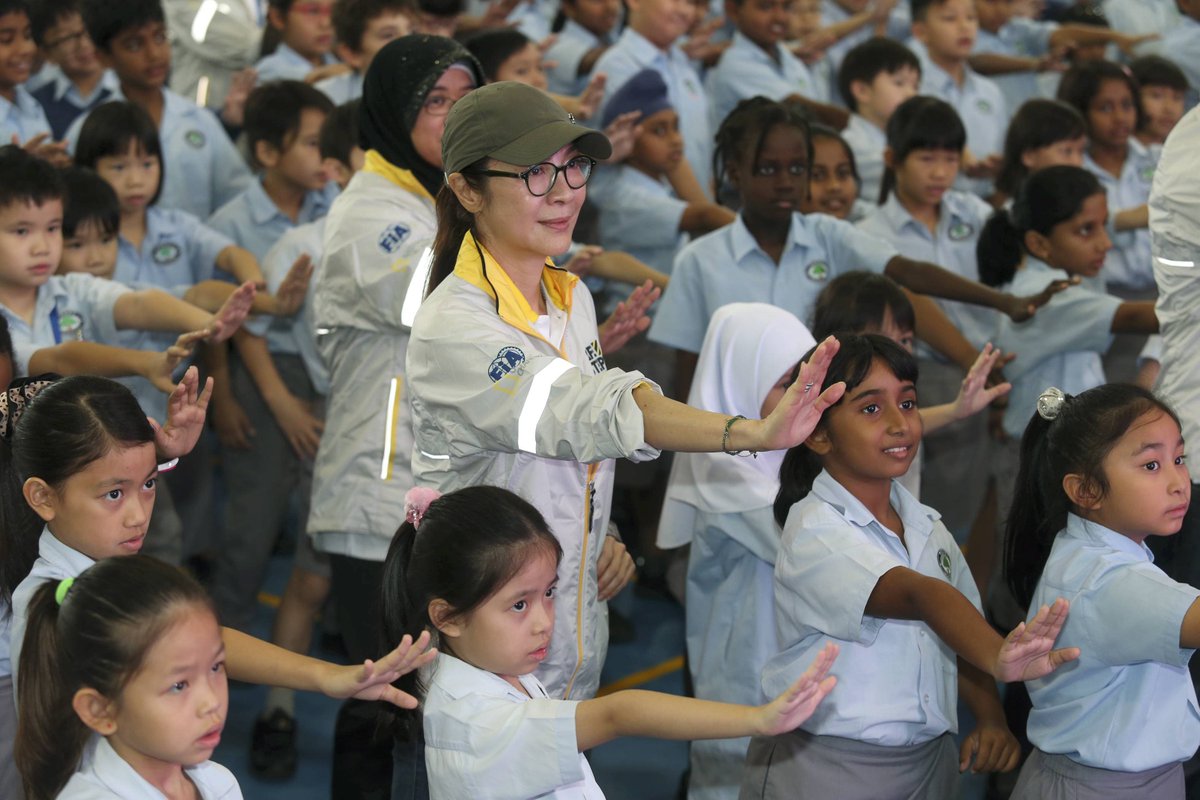 IPOH: Local Bond girl Tan Sri Michelle Yeoh today launched a road safety campaign at Tenby International School here.
.
The Safe Steps global ambassador said it was important to have such programmes since Malaysia was ranked third in South East Asia for the highest number of road crash deaths.
.
As a Malaysian, she said she would use her popularity to help create awareness on road safety in the country. Yeoh said she had also raised the issue when visiting other countries.
.
“I have been to many third world countries for the road safety campaign.
.

“In one of the countries, they are so eager to build highways but there were no pedestrian bridges. I have pointed it out by asking how people would cross the highways,” she said when launching the campaign with Prudence Foundation executive director Marc Fancy. 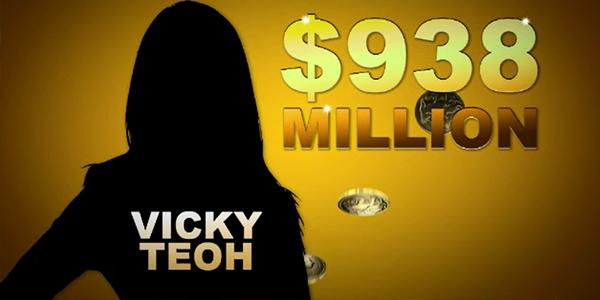 MELBOURNE: A Malaysian woman who emigrated to Australia and made a fortune in telecommunications has once again been named by Business Review Weekly magazine as Australia’s Richest Self-Made Woman.

Vicky Teoh, 57, who has a personal fortune estimated at A$938 million, and her husband, David Teoh, 58, emigrated from Malaysia in 1986 and founded TPG Telecom.

According to BRW, Vicky owns a big chunk of TPG shares in her own right and is also active in the family’s investments in start-ups such as online spectacles retailer Oscar Wylee.

The notoriously private Teohs’ fortune has almost doubled in the past year to A$2 billion (RM5.7 billion), up from A$1.06 billion (RM3.0 billion).

The list, published ahead of International Women’s Day, highlights the 30 richest self-made women in Australia. It excludes anyone who started with an inheritance from the previous generation, so Gina Rinehart is not on the list, for the same reason that James Packer did not make the BRW Young Rich.

According to BRW’s estimates, Rhonda Wyllie is Australia’s second richest woman, with an estimated $346 million earned through her work in the family property development business, Wyllie Group, where she is a non-executive director.

Actress Nicole Kidman and Patricia Ilhan, the widow of Crazy John’s founder John Ilhan, are next with an estimated $320 million each. In fifth place is Charlotte Vidor, who co-founded property development and hotel business Toga Group with her husband in the 1960s, with an estimated worth of $250 million.

The women on our list are mostly in property and plantations as well as in diversified groups such as Genting and YTL Corp. Our list features prominent women such as billionaire Puan Sri Lee Kim Hua, widow of Tan Sri Lim Goh Tong, who built the Genting empire. The other billionaires are Puan Sri Chook Yew Chong Wen, who co-founded and now runs Selangor Properties Bhd in her capacity as executive chairman, and Puan Sri Tan Kai Yong, wife of YTL founder Tan Sri Yeoh Tiong Lay.

Siti: I don’t have RM50mil in assets

DATUK Siti Nurhaliza has brushed aside talk that she is Malaysia’s third wealthiest woman with RM50mil in assets, Kosmo! reported.

The pop darling said she was shocked to hear the news as she “has not reached that level yet”.

“The report is untrue. I am not comfortable with it because it can raise security concerns,” she said of a website article that listed the five richest women in Malaysia.

Yeoh, 32, is also among 12 women in their late twenties to early forties identified as Women to Watch.

She has been at the family company, YTL, with sales of US$6.3bil since 2005, championing its environmental agenda and raising awareness of climate change. 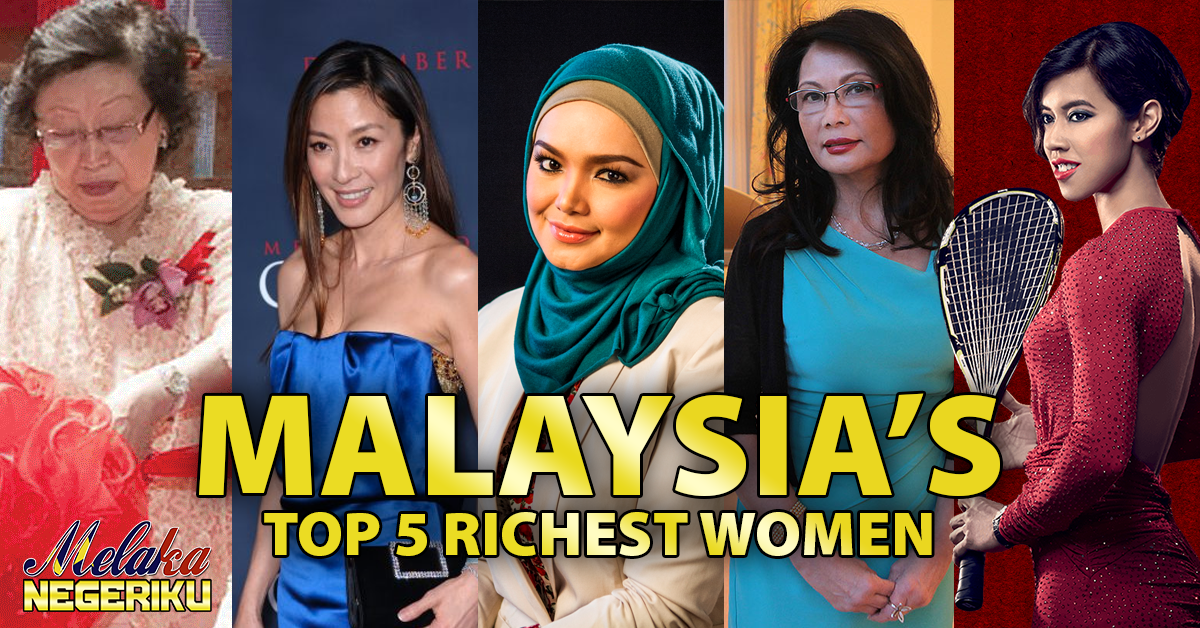