Red Shirts. Stalking Bersih. In Penang! Where will they turn up next?

Posted on September 18, 2015 by weehingthong

Has someone opened Pandora’s Box? Or released the Genie of the Red Bottle? 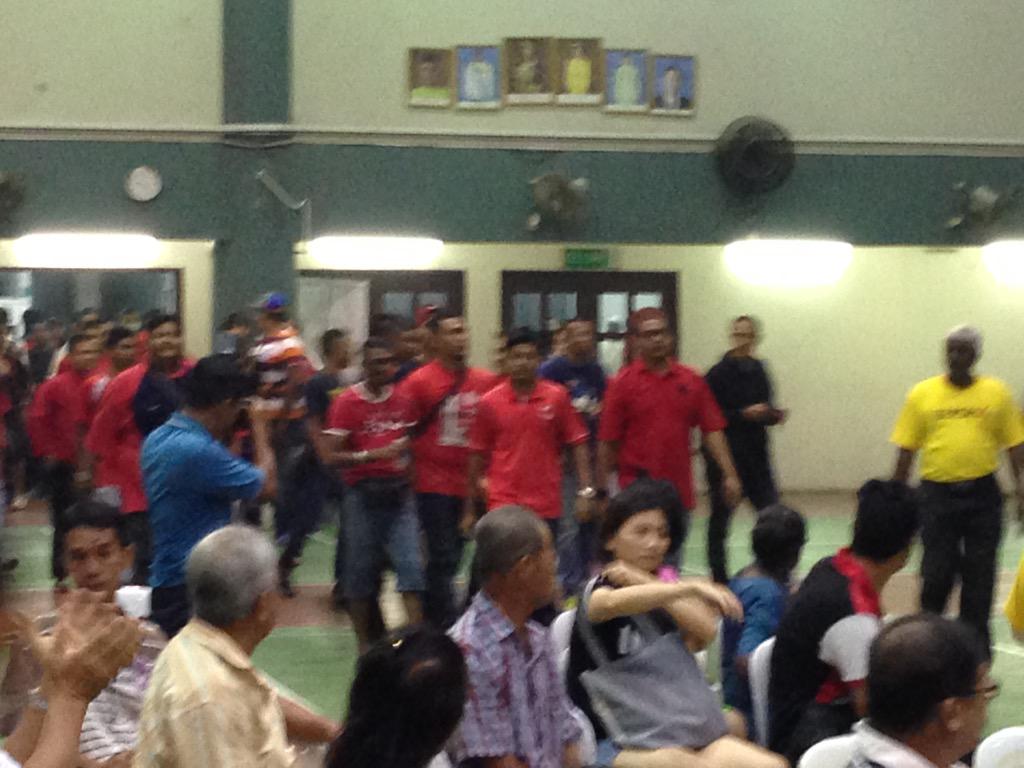 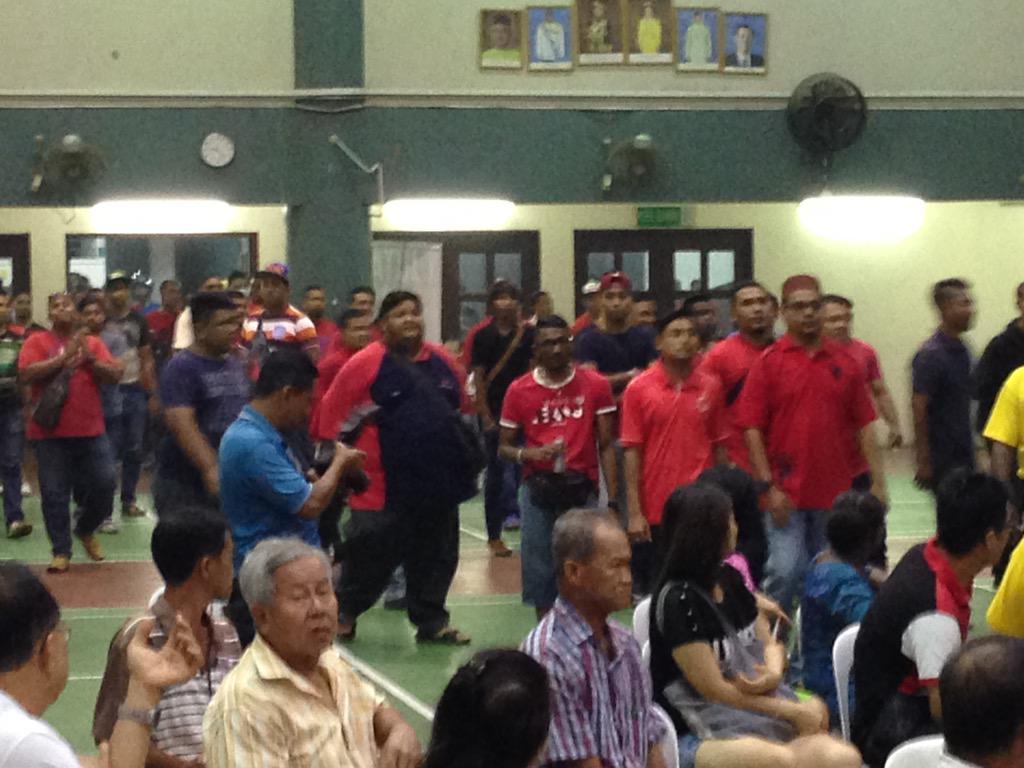 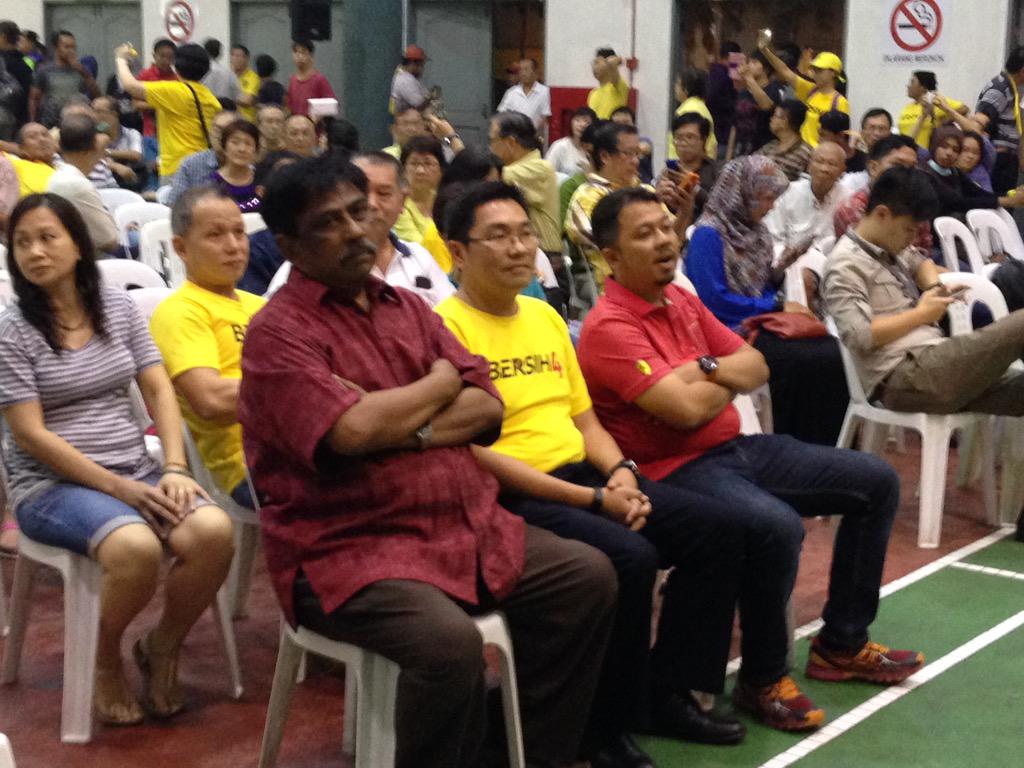 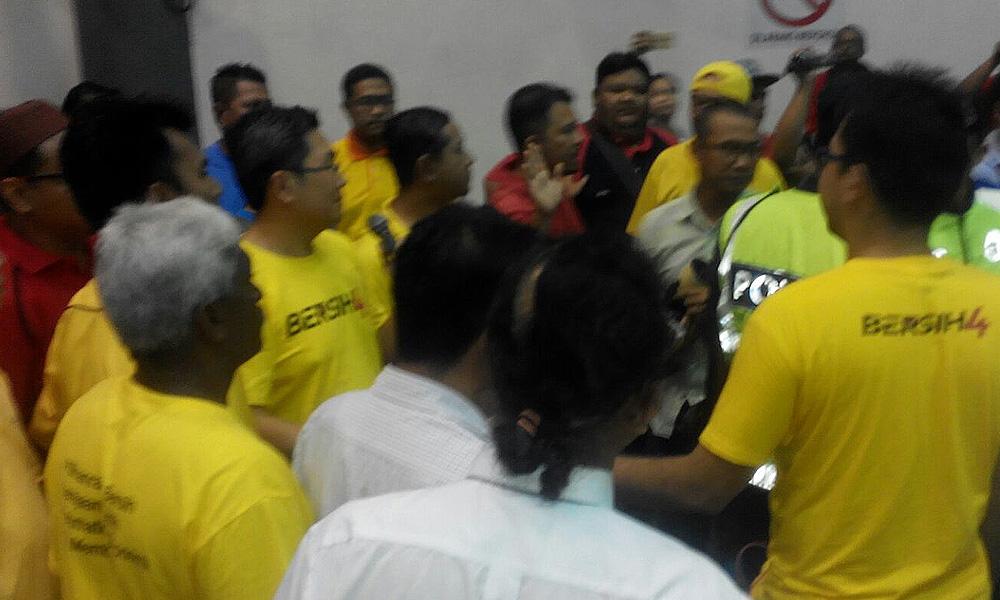 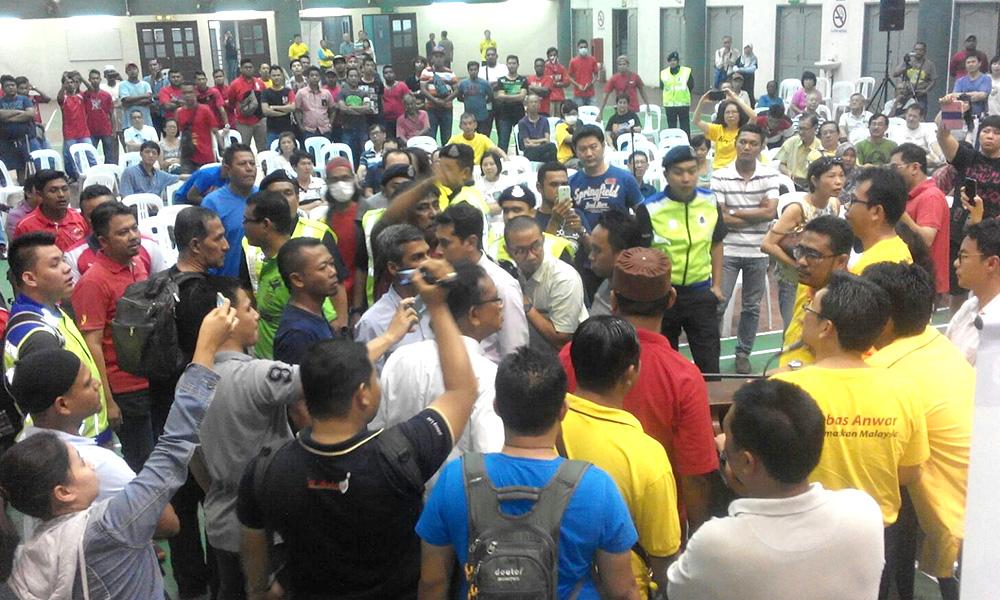 Bersih’s forum in Bayan Baru tonight was interrupted for about 30 minutes when a group of red shirt protesters caused a commotion by confronting the speakers.

The group of about 50, led by Bayan Baru Umno information chief Ridzwan Bakar and state Umno youth chief Rafizal Abdul Rahim, came into the hall more than an hour after the forum started.

The forum, titled ‘Post-Bersih 4: Where is Malaysia Heading?’ kicked off at 8pm at the Dewan MBPP, Pasar Bayan Baru in Penang.

Student activist Adam Adli, who was speaking, stopped his presentation when the red shirts walked in at about 9.30pm.

After Adam finished his presentation, Sim invited Ridzwan to address the forum.

The Umno man took the microphone and lamented about squatter problems in Sim’s constituency.

“These problems make the Malay youths angry,” he said.

‘Not here to create chaos’

During the impromptu speech, Ridzwan assured the audience the group was not there to create chaos but to listen to the speakers.

However, he warned Bersih participants not to ever step again on photos of national leaders like Prime minister Najib Abdul Razak and PAS president Abdul Hadi Awang.

“No one stepped on your leaders’ photos during our rally, so don’t do it to our leaders,” he cautioned, greeted by ‘Allahuakbar’ from his supporters.

Bersih has denied that it was involved in the incident.

After Ridzwan’s speech, a group of red shirts then surrounded Adam (photo), demanding to know why he had insulted Prime Minister Najib Razak by “messing around” with his poster during a rally in Kuala Lumpur a few years ago.

Another group also targeted their shouts at Sim’s aide and another PKR leader for “slandering” the red shirt gathering in a Facebook posting.

The police, who were present at the talk, intervened when the situation became tense.

They were spotted entering Dewan MBPP at about 9.25pm as activist Adam Adli Abdul Halim was speaking.

The 40-odd individuals were welcomed by the host of the programme, Bayan Baru MP Sim Tze Tzin, who said the forum was open to everyone.

Members of the audience, mainly made up senior citizens, clapped to welcome the group to the “Post Bersih 4: Where is Malaysia heading?” forum.

The group, whose members were mainly youths, stood behind the members of the audience, who had taken up most of the seats in the hall above the market, and listen to Adam’s speech.

The Umno man sportingly took the microphone at the rostrum and spoke briefly about Malay issues like the squatter problem in Bayan Baru.

He said such issues frustrated Malay youths and made them angry, and assured the audience that they were not there to make trouble but only interested to listen and hear what the MP, Sim, had to say.

“I don’t want to talk much myself. We just want to listen to what the talk is about. We are not here to disturb the event.