Sex and Marriage in Malaysia: Adult men and Underaged girls..

There are 37 countries that exempt rape perpetrators from prosecution when they are married to or subsequently marry the victim.

Malaysia is 1 of the 37 countries which exempt rape perpetrators from prosecution when they are married to or subsequently marry the victim. Malaysian rapists have married children they’ve raped. 1 more immediate reason we need to ban ALL Child Marriage. #HaramkanNikahBawahUmur 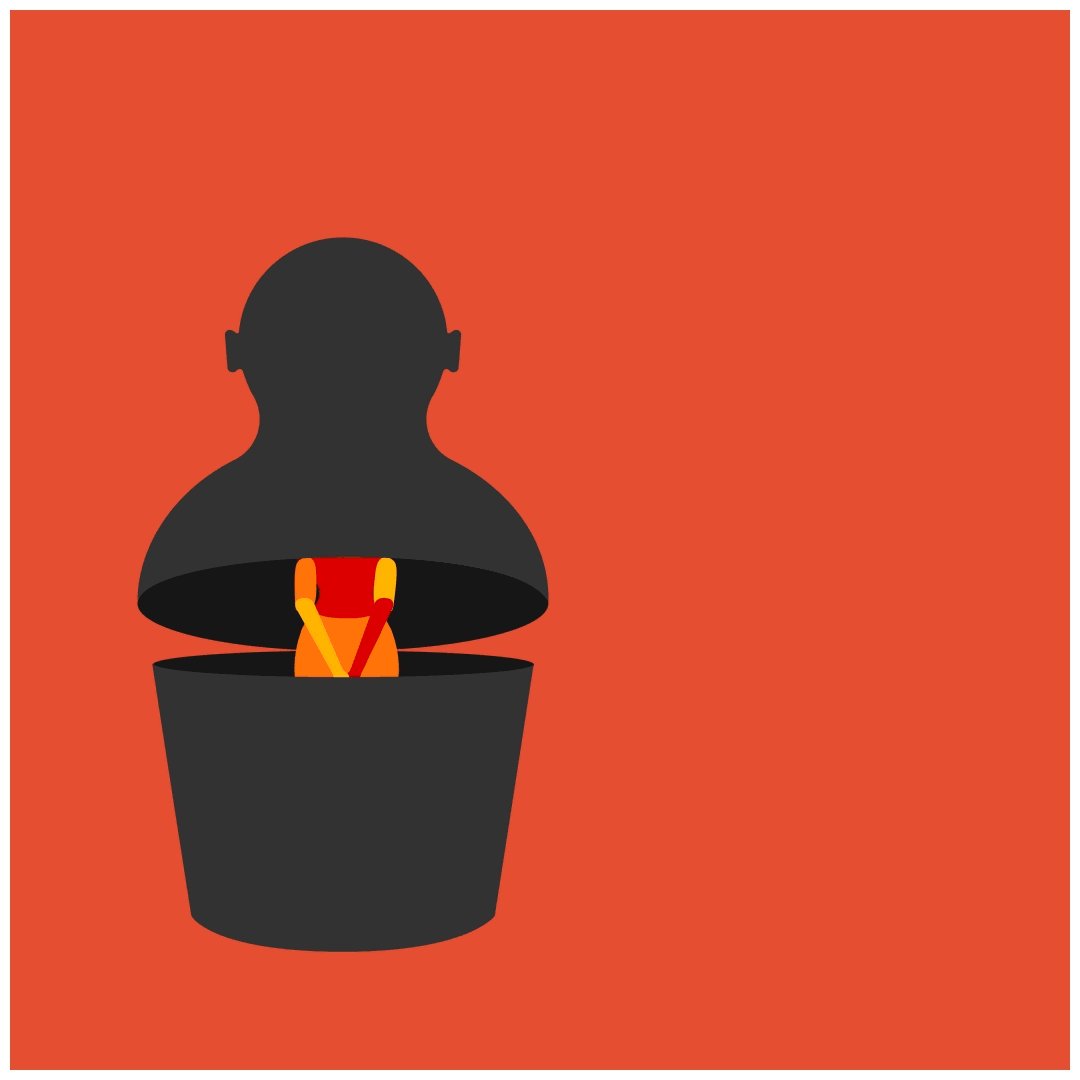 There are 37 countries that exempt rape perpetrators from prosecution when they are married to or subsequently marry the victim.…

KOTA KINABALU: The Sessions Court on Monday sentenced a convicted child rapist to three days’ imprisonment after he pleaded guilty to bribing the girl’s father to withdraw a rape report against him.

Riduan admitted to bribing the victim’s father a total of RM10,000 on three occasions at Jalan Tuaran Bypass near here on April 18 last year.

On Feb 3, he was sentenced to 12 years’ imprisonment and two strokes of the cane by Sessions Court judge Ummu Khaltom Abd Samad, after he was found guilty of raping the girl inside a car parked by the roadside near the Kionsom Waterfall in Inanam near here between 9am and 10am on Feb 18 last year.

PUTRAJAYA: The case of the alleged rape of a 12-year-old girl who was married to her accused rapist and divorced a year later has been reopened by the police following a request by the Attorney-General’s Chambers (AGC).

Tan Sri Abdul Gani Patail said on he made the call to the police after taking into account the concerns of the public over the issue.

However, he said a decision on whether the case will be prosecuted would only be announced next week after the AGC receives the police findings.

TOO YOUNG TO BE MARRIED…

Two young people’s lives all messed up, and the likelihood that the young man will face rape charges.

THAT’S THE WAY THEY WERE…

THIS IS THE WAY THEY ARE NOW..

It’s not looking good for the young man!

Police will re-open investigations into the rape of a 13-year-old girl from Kedah who married and divorced one of her alleged rapists, Attorney General Tan Sri Abdul Gani Patail said today.

Abdul Gani said when police passed him the investigation file, there were only four statements recorded, including from the victim, the victim’s aunt, and from the doctor who examined the victim.

“I had a meeting with the police this morning and I have given the investigating officer fresh instructions and what I want, including additional statements,” Abdul Gani said.

Under Syariah law, girls below the age of 16 and boys below 18 must get the consent of the Syariah Court before they can marry.

The Syariah Court has come under fire from women’s rights groups for allowing an alleged rapist to marry his victim who was only 13 years old when she tied the knot last year.

Women’s Aid Organisation (WAO) executive director Ivy Josiah said the court should not have consented to the marriage, explaining that it was not a “young marriage” but a “child marriage”.

“Since the girl was only 12 years old, the court must have given them permission to marry. This decision is unacceptable and wrong,” she told The Malaysian Insider yesterday.
…

Sisters In Islam, which has been a long-time advocate against child marriages, noted that the law had failed to protect the interest of the child.

“The case highlights a legal loophole in Islamic family law that allows an alleged perpetrator to escape further investigation through marriage… by becoming a husband,” said its programme manager, Suri Kempe.
…
Suri called on the government to amend the “flawed” provision in the law which allowed child marriages.

“We urge the government to make child protection a priority by amending this flawed provision in the law.

“They must put a complete stop to the practice of child marriage, as it entails many economic, social and health risks, and does not protect girls or secure their future,” she said, and urged the police to investigate Nor Fazira’s rape claims. – November 30, 2013.

PETALING JAYA: Women’s groups have demanded better rape investigation procedures and have called for the case involving a child bride who was allegedly raped by a youth whom she later married to be reopened.

Sisters In Islam programme manager Suri Kempe said the case of 13-year-old Nor Fazira Saad had highlighted a legal loophole in the law, which allowed rapists to escape investigation and punishment through marriage.

“Muslim and non-Muslim children must not be treated differently. It is deplorable that marriage is being used by alleged rapists as a way to escape prosecution.

“The government must stop rapists from manipulating religion and culture. We urge the government to make child protection a priority by amending this flawed provision in the law.

“The practice of child marriages affects many economic, social and health risks and does not protect our girls or secure their future,” she said.

Mohd Fahmi was charged with rape in July last year

Kulim OCPD Supt Ghuzlan Salleh said Mohd Fahmi was charged with committing the offence together with another youth, but was given a discharge not amounting to an acquittal after the case was mentioned a few times.

It was believed that he was freed when the girl, Nor Fazira Saad, refused to testify against him.

He said the other youth was found guilty and was sent to a juvenile rehabilitation centre in Paya Terubong, Penang.

He said only two persons – Mohd Fahmi and the other youth – were charged with the offence.

Mohd Fahmi was charged with rape in July last year

Dad: I agreed to teen daughter’s marriage because she had been raped

Documentary proof: Saad showing the police reports which were made by his daughter at his house in Kampung Padang Cina in Kulim, Kedah.

KULIM: She was 13 and he 19 when they married last November in what was held up as a blissful union between two young people deeply in love. But all was not what it seemed. They are now divorced amid allegations that the boy and two friends raped the girl four months before they were married.

Nor Fazira Saad lodged a report at the Kulim police station on July 15 last year, claiming that she was raped by two teenagers and later by their friend, her future husband, Mohd Fahmi Mohamed Alias.

Her father, 44-year-old Saad Mustafa, recalled yesterday that Fahmi’s parents came daily to his house begging him to withdraw the report, saying that the possible punishment of up to 20 years jail and whipping would be very harsh for their son.

He also said that he only agreed to her daughter marrying Mohd Fahmi because she had been raped.

Dad: I agreed to teen daughter’s marriage because she had been raped

KULIM: Twenty-year-old Mohd Fahmi Mohamed Alias has denied that he raped Nor Fazira Saad and married her to avoid being prosecuted.

“We only had sex after marriage,” he said when met at his house in Kampung Nagalilit near here.

He claimed that his wife had an affair with a man from Kuala Ketil for three to four months before he came to know about it.

“My friends who were there saw her being very close to a man. She met him while doing odd jobs at Padang Serai town (in Kulim district).

“Not wanting to create an ugly scene, I decided to divorce her,” he added.

He pronounced the talak satu, a divorce which allows a couple to reconcile later if they so wish. This is unlike talak tiga where the former wife has to marry someone else and then divorce her new husband before the couple can remarry.

Mohd Fahmi said that he and Nor Fazira were a loving couple until the man “wrecked” their marriage.

PETALING JAYA: The police and the public prosecutor cannot drop rape charges just because the suspect has married the victim, said a lawyer.

Lawyer Mohd Khairul Azam said such criminal cases could not be regarded as closed even after the complainant had withdrawn the police report.

“This is because criminal cases are not about victim versus culprit. It is about the state versus the culprit. Even if the police report is withdrawn, the public prosecutor still has the power to proceed with the charges,” he said, adding that he could not comment further without knowing the details of the case.

The Sessions Court in Kota Kinabalu set July 18 and 19 to resume the trial of Riduan Masmud, 40, who is charged with raping an underage girl whom he later married.

Outrage in Sabah over 40y/o marrying teen he allegedly raped

There’s been outrage in Sabah against a 40-year-old man, Riduan Masmud. who’s defended his marriage to a 13-year-old girl he’s been accused of raping as consensual. The Sabah Law Association’s Mariati Robert has been holding a watching brief during the case and believes marriage shouldn’t let Riduan off the hook, especially if it happened after he allegedly raped her.

Like Loading...
This entry was posted in Uncategorized and tagged child bride, Mohd Fahmi Mohamed Alias., Nor Fazira Saad, report at the Kulim police station of rape, Saad Mustafa. Bookmark the permalink.

1 Response to Sex and Marriage in Malaysia: Adult men and Underaged girls..