Ex-Treasury secretary-general Mohd Irwan Serigar Abdullah, who is also expected to come today to give his statement, has yet to arrive. https://t.co/GLIU6nBvij

However, ex-Treasury secretary-general Mohd Irwan Serigar Abdullah, who is also expected to come today to give his statement, has yet to arrive.

The charges are said to be linked to the 1MDB scandal, the East Coast Rail Link (ECRL) and two gas pipeline projects in the peninsula and in Sabah.

A source had told FMT that Najib and Irwan were expected to be charged with using approved government allocations to settle 1MDB’s dispute with IPIC.

1MDB agreed to settle a payment dispute with IPIC by making two instalments totalling US$1.2 billion to IPIC sometime in August and December last year.

Lim Guan Eng said that those earnings was only for Mohd Irwan’s role as Treasury secretary-general and did not take into account other earnings like his allowance as Board Member, which is much higher.

“Mohd Irwan’s earnings as MKD company board member for 2012 until June 2018 was RM3.8 million,” he said in a written reply to Lim Lip Eng (PH-DAP-Kepong).

Lip Eng’s question was how much Mohd Irwan earned from 2011 until the latter’s contract ended in June.

KUALA LUMPUR: THE Inland Revenue Board is being investigated for Criminal Breach of Trust.

Its sitting and past board members are expected to be called in by the Commercial Crime Investigation Department to shed light on the RM14.56 billion overpaid by taxpayers that were unaccounted for.

To answer questions involving the massive “missing” sum that was to be refunded to 1,653,786 taxpayers is former Treasury secretary-general Tan Sri Dr Mohd Irwan Serigar Abdullah.

He was chairman of the Cash Management Committee in the Finance Ministry that was supposed to allocate enough money to the Tax Refunds Trust Fund (TRTF) as requested by the IRB to facilitate refunds.

The shortage of transfers from direct tax revenue to TRTF had been identified as the reason behind the huge amount of outstanding tax refunds due to taxpayers.

Attempts to get Irwan and a few members of the IRB board for comments were unsuccessful.

Former Treasury secretary-general Mohd Irwan Serigar Abdullah (above) today lodged a report with the Malaysian Anti-Corruption Commission (MACC) over the alleged loss of RM18 billion meant for the refund of the Goods and Services Tax… https://t.co/EqRrVUvnH7

Former Treasury secretary-general Mohd Irwan Serigar Abdullah (above) today lodged a report with the Malaysian Anti-Corruption Commission (MACC) over the alleged loss of RM18 billion meant for the refund of the Goods and Services Tax (GST).He was at the MACC headquarters for about two hours from 9.30am.Irwan told reporters that he made a report so as to find out the truth because he felt that the allegation of the missing RM18 billion was unfounded.

Former secretary-general of Treasury, Mohd Irwan Serigar Abdullah, has resigned from his post as chairperson of the Inland Revenue Board (LHDN), effective May 23, 2018.

In a statement today, LHDN said the post would be assumed by the new Treasury secretary-general, in accordance with the Inland Revenue Board of Malaysia Act 1995.

The Inland Revenue Board has confirmed that Tan Sri Irwan Serigar resigned as LHDN Chairman effective 23 May 2018 pic.twitter.com/cA0GpZZTAe

Irwan Serigar is no longer member of BNM Board, says BNM

Irwan is no longer member of BNM board, says BNM

KUALA LUMPUR, May 28 (Bernama) –Bank Negara Malaysia today announced that Tan Sri Dr Mohd Irwan Serigar Abdullah is no longer a member of its board of directors (BNM Board) by virtue of the fact that he has ceased to hold the office of Secretary-General to the Treasury, effective May 14.

The central bank, in a statement, said Irwan’s tenure with the board ended on the same date.

This is kerja Irwan the One & Najib…bypass Parliament and committing us to RM300 Bil debts on unsustainable projects. We are lucky that BN is kicked out…hope @chedetofficial and his team can help us out
.

Irwan Serigar will have more time to work on his moves after today..
pic.twitter.com/tCffM92yaf

JUST IN: Irwan Serigar transfered, not allowed to carry out any duties of his previous Treasury Secretary–General role or anything to do with the Ministry of Finance.

PUTRAJAYA: The government has decided to shorten the service contract of Tan Sri Dr Mohd Irwan Serigar Abdullah as Secretary-General of the Treasury to June 14 this year (2018), said Chief Secretary to the Government (KSN) Tan Sri Dr Ali Hamsa.

According to Ali in a statement today, Mohd Irwan Serigar was appointed on contract as Secretary-General of the Treasury beginning March 7 last year (2017) to March 6, 2019.

“Effective May 14, 2018 until June 13, 2018, the officer (Mohd Irwan Serigar) is emplaced with the Public Service Department (PSD) and not allowed to discharge his duties as Secretary-General of the Treasury, Ministry of Finance or anything associated with the Finance Ministry,”said Ali.

When Bernama attempted to contact Mohd Irwan Serigar for his reaction this afternoon at the grounds of the Treasury, Precinct 2, here following the rumour about his position as Treasury Secretary-General, he declined to give any reaction.

Usually, Mohd Irwan Serigar is someone who is accessible to the media.

Is it true that our new Bank Negara governor is a 1MDB guy? Aka najib’s man?

1. 1MDB is under Ministry of Finance 2. Najib Razak is also the minister of finance 3. Irwan is the secretary… http://fb.me/4TEC76q2L

Another IMDB-friendly appointment. Tell me you believe that it’s just coincident. http://fb.me/27ZjCx9GS

n reply to no.

@halinfinity the new bank negara‘s governor is 1mdb adviser that replacing zeti aziz, u should know what it means hahahhahahahahaha

Be prepared for the worst http://fb.me/3GaSEMKz9

The level of stupidity is damn too high!!! http://fb.me/6ZM2alcsK

Irwan to replace as bank Negara head over Zeti? Hahahaahahahahahhahaahhahahahahahahaha. What is Najib trying to do? Fuck us up completely?

So men set to replace Bank Negara Zeti Aziz is on board of advisor for 1MDB, and sec-gen for Finance Ministry?

A #1MDB board member heading #BankNegara‘s like having a hot nanny. U think she’ll work, but your husband has other plans for her position.

It’s such a shame. http://www.themalaysianoutsider.com/bahasa/article/irwan-bakal-ganti-zeti-terajui-bank-negara-lapor-wsj?utm_source=dlvr.it&utm_medium=twitter …

Oh. Tan Sri Irwan Serigar of MoF to replace Tan Sri Zeti as Governor of Bank Negara? Hang on to your seats. Be… http://fb.me/17vH0HpEo

Not good. Not good. So you have an active advisor of 1MDB sits as Bank Negara head. Apa macam lah.. http://fb.me/4zKvXu7Cu 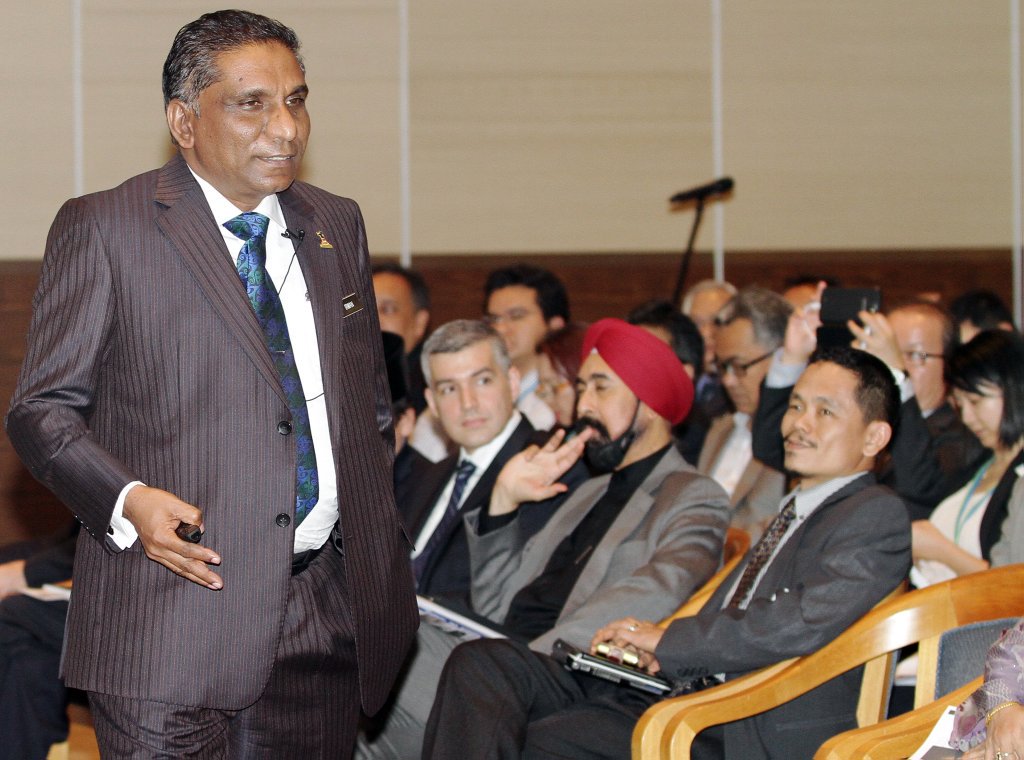 Tan Sri Mohd Irwan Serigar Abdullah will replace Ms Zeti, who steps down as Bank Negara Malaysia (BNM) governor on April 30 after 16 years at the helm, the report claimed.

A spokesman at the Prime Minister’s office told Reuters he would not comment on speculation. A central bank spokesman did not answer Reuters’ phone calls or respond to email requests for a comment. 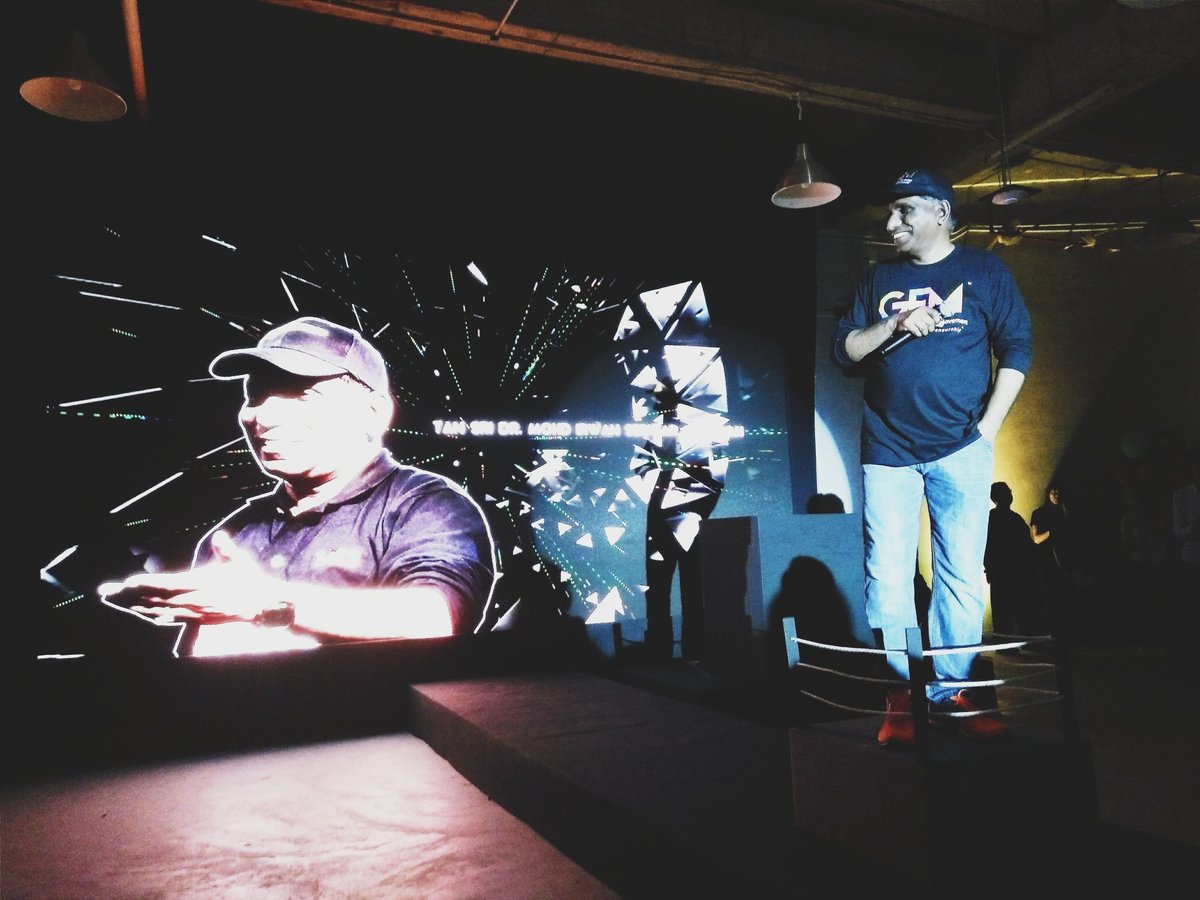