Hampers and LGBT taunts: Another tale of Bersih vs Reds http://dlvr.it/MfRcSN

PKR’s efforts to whip up support for next Saturday’s Bersih rally today was dogged by Sungai Besar Umno chief Jamal Md Yunos and his red-shirt posse.
…

At two stops – Tasek Permai and the Tasek Tambahan PKNS flats – Zuraida was seen giving out goodies, including bags of rice, to residents while encouraging them to join the Nov 19 rally.

However, the situation became tense at Tasek Tambahan when Jamal and his red-shirts arrived.

The two groups were separated by the police and a verbal sparring match ensued.

Jamal demanded to see Zuraida, accusing her of having paid about 40 over “volunteers” to be on her entourage.

The red-shirts also chanted “Zuraida penipu (liar)” among other insults.

Zuraida, however, ignored them, proceeding to hand out goodies before leaving Tasek Tambahan for Dewan Orang Ramai Sri Tanjung.
…

Among other insults, Jamal and his men accused Zuraida’s followers of not being heterosexuals.

“There are many pretty boys among them,” he noted, before leading the red-shirts to chant “LGBT”.

The PKR crowd retaliated with selawat (Muslim hymns), to which Jamal retorted that he prayed they would return to the right path.

Stupidity in the making! @KBAB51 you need to act against gangsterism and not take sides. Arrest these samseng!

Symbolic pic where the red shirts are actually cowards & seen here helped by the police. #Bersih5 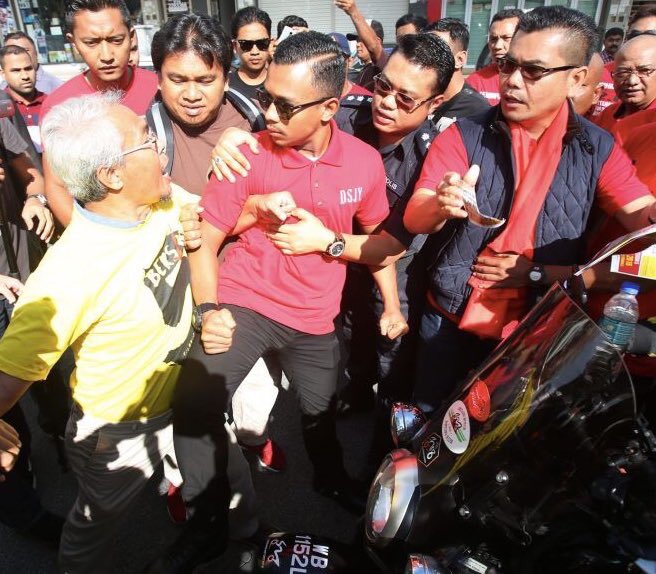 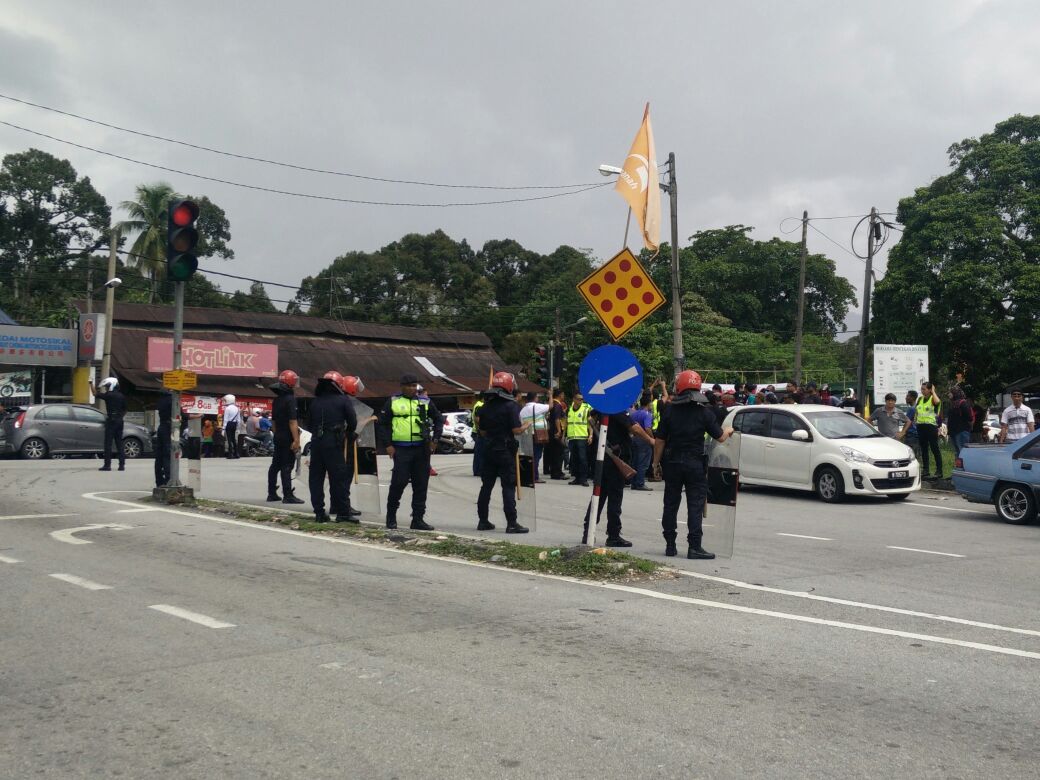 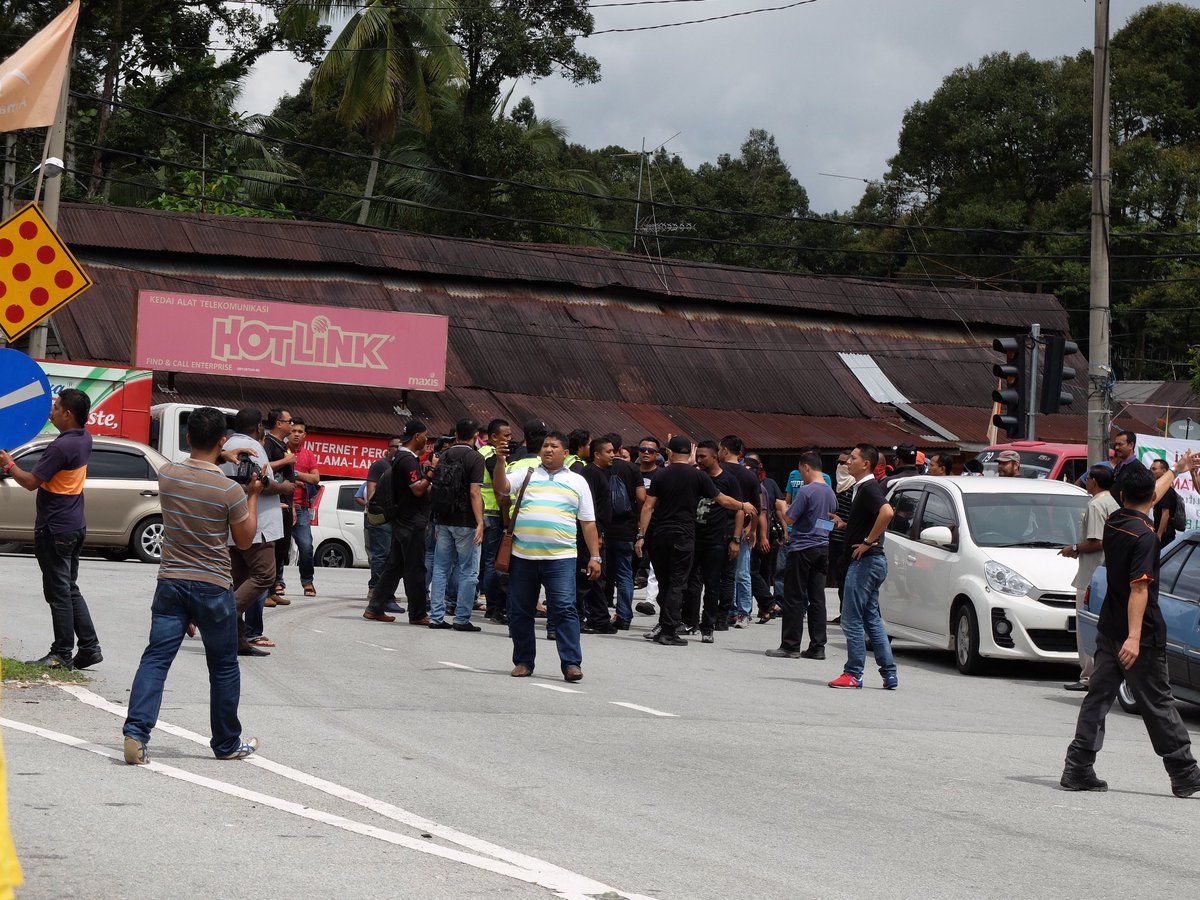 1 Response to Red Shirt Invasion of Bersih/PKR in Ampang