The Singaporean and his white-and-orange Porsche 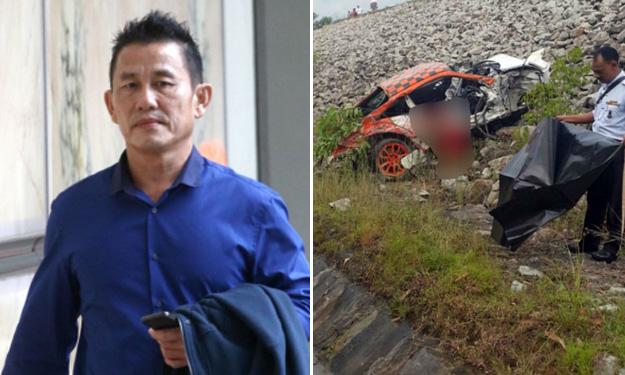 See Lam Huat, who was killed in Second Link accident, had fought with and sued his brother. http://str.sg/ZGfG 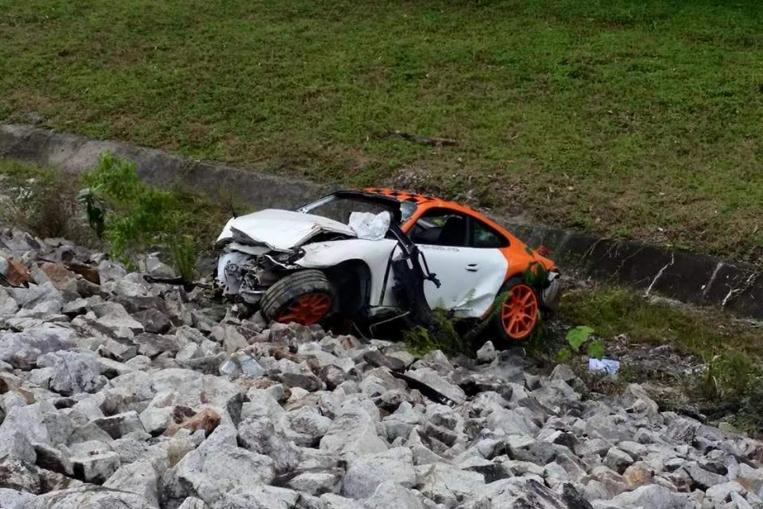 A Singaporean driver who was killed in a car crash on the Second Link on Sunday afternoon was recently embroiled in a court case with his brother. Driver Mr See Lam Huat, 55, was pronounced dead on the spot, while the woman passenger, a relative, suffered minor injuries to her leg in the accident.

They were heading to Senai when Mr See crashed his vehicle at KM25.6 northbound of the highway at around 4.30pm on Sunday. He lost control of his white and orange Porsche, rammed into the divider on the left and plunged into a ravine.

It is understood that Mr See also has a house at Danga View in Johor Baru, and used to travel between Johor and Singapore frequently. Mr See, who heads trading firm Singsung, had a poor relationship with brother See Lam Seng for years.

JOHOR BARU (THE STAR/ASIA NEWS NETWORK) – A 55-year-old Singaporean died on the spot after ramming his luxury car into a road divider before it plunged into a ravine on Malaysia’s Second Link highway.

Nusajaya Superintendent Noor Hashim Mohamad said the driver, See Lam Huat, lost control of his vehicle at KM25.6 northbound of the highway at around 4.30pm on Sunday.”See, who was heading towards Senai, lost control of his Porsche before ramming into the divider on the left and plunged into a ravine.

“The driver died on the spot due to serious injuries while his front passenger sustained minor injuries to her legs,” he said in a statement. Initial investigations showed that the driver was probably at fault as road and weather conditions were good, he added.

“See was sent to Hospital Temenggong Seri Maharaja Tun Ibrahim in Kulaijaya for a post-mortem while the 31-year-old passenger is seeking treatment at Hospital Sultanah Aminah,” he added.

My Youth Public and Community Unit