Posted on September 9, 2016 by weehingthong

Elections in May or June, says Ibrahim Ali

KUANTAN: Perkasa president Ibrahim Ali believes the next general election will be held in May or June next year, before Dr Mahathir Mohamad’s new Parti Pribumi Bersatu Malaysia (Bersatu) can gather strength.

The Registrar of Societies has given approval in principle for the registration of Bersatu as a political party.

“I don’t think that after the approval, it will take one or two more years for the election to be held as it will definitely give opportunities for the newly-formed party to gather its strength.

“Secondly, the Opposition pact is still in disarray,” he told reporters after a meeting with state Perkasa chiefs here, Bernama reported. 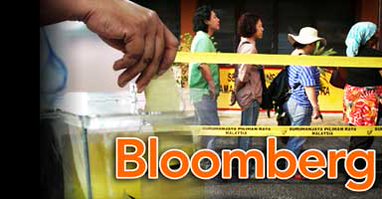 Signs indicate that Prime Minister Najib Razak may call for elections next year, before the opposition unifies and to ride on the patriotic mood during the 60th Merdeka anniversary.

KUALA LUMPUR: There is speculation that the general election could be held as early as next March.

“March has been talked about,” Bloomberg quoted an Umno division leader from a southern state, who asked not to be identified, as saying. “And why not? The opposition is not together. We are ready as we can be for elections.”

Another Umno division leader from a different state also told Bloomberg, March was being discussed.

A Bloomberg report said Prime Minister Najib Razak and senior officials of Umno – the backbone of the ruling Barisan Nasional (BN)  – were exhorting members to meet potential voters, especially the younger ones.

One factor that could tilt the balance for a snap poll is the fractured opposition, which lost this year in two by-elections and in the Sarawak state elections.

But some analysts say weakening growth and the spotlight of global probes into billions allegedly embezzled from state investment company 1Malaysia Development Bhd are reasons for Najib to delay.

“Ideally, they would want to hold elections when people feel they are materially better off,” Sholto Byrnes, a senior fellow at the Institute of Strategic and International Studies Malaysia, was quoted as saying.

“Having it at a time when oil and commodity prices are so low, when there’s been a lot of fluctuation in the ringgit, negative talk about the economy — I would feel from those points of view, it’s a riskier time to hold elections sooner.”

Ooi Kee Beng, the deputy director of the ISEAS-Yusof Ishak Institute in Singapore, was quoted as saying: “Given how pressurised Najib is by events and by the scandals surrounding him, the need to strategise instead of wait is great. It should not surprise anyone that elections are called sometime next year.”

The BN may also want to tap the mood of patriotism as Malaysia commemorates its 60th year of independence next year. In Singapore, Bloomberg said, the ruling party retained power with a bigger majority in 2015 amid massive festivities for its 50th anniversary.

Like Loading...
This entry was posted in Uncategorized and tagged BN, GE 14, GE14 in march 2017, malaysia, najib, politics, UMNO. Bookmark the permalink.