Bung Mokhtar: Shoot drug addicts and drug dealers, no need to bring them to justice…

He also proposed for the detention of drug addicts without trial.

“In the Philippines, the drug usage was scary at one time, but since the president (Rodrigo) Duterte took office, it is almost zero (incidents)…

“Why can’t we follow the Philippines? Why not? We detain the drug addicts without trial, we shoot the drug traffickers,” he said during the debate on Budget 2018.

Bung Moktar said the proposal stemmed from the fact that his constituency, along with several other areas in Sabah, had become a hub for drug traffickers.

At this juncture, Ramkarpal Singh (DAP-Bukit Gelugor) interjected and asked: “Are you serious? Do you believe the methods adopted by Filipinos? Do you support Duterte’s move?”

“I am very serious,” responded Bung, while reiterating that Malaysia should shoot the drug traffickers just as how Philippines and China did. 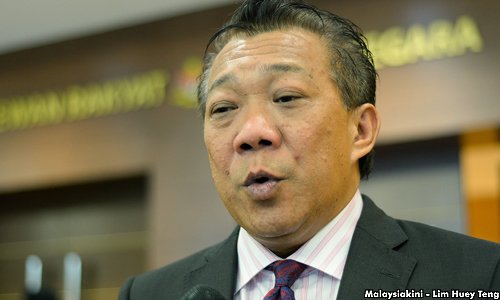 A BN lawmaker has suggested that the government gun down drug dealers and addicts instead of hauling them to court.

“I read what happened in Brazil and China.

“The Brazil government instructed undercover cops to shoot drug addicts and drug dealers, no need to bring them to justice. The (drug problem) was reduced,” said the Kinabatangan MP Bung Moktar Radin.

“We may need to do shoot them because they are the ones who destroy the country,” he added when debating the National Anti-Drugs Agency Bill 2016 in the Dewan Rakyat.

Is Bung Mokhtar (who is never taken seriously) really Bigfoot? You decide… pic.twitter.com/CyjQHvlbkE

My dad called this man Bigfoot. He’s certainly living up to his reputation! pic.twitter.com/TSgJ4f6RFj

1 Response to Bung Mokhtar: Shoot drug addicts and drug dealers, no need to bring them to justice…