BBC: The posters spurring a movement in Malaysia

THE CLOWN APPEARS!?
Where was this taken? It can’t be within Malaysia! 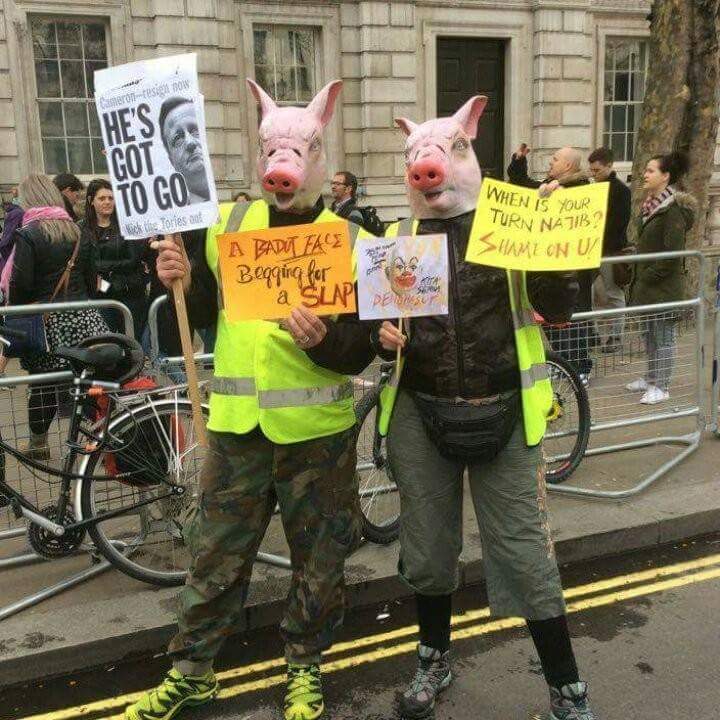 GRUPA, Fahmi Reza and sketches of Najib as clown

Fahmi Reza is under police probe for his caricature of Najib Razak
Will you be arrested for putting on this Najib-themed tee shirt?
GRUPA GIF: “Please help! Help catch this man!”
Malaysia’s Twitter Cops, The Police Cyber Investigation Response Centre (PCIRC) @OfficialPcirc
—

The posters spurring a movement in Malaysia

Caricatures of the Prime Minister of Malaysia, Najib Razak, as a clown have become a viral phenomenon, sparking an online protest movement through images. The artist behind the clown is Fahmi Reza and he says his work online and on walls in the streets have made him a target of the authorities. Newsday’s Alan Kasujja spoke to Fahmi from neighbouring Thailand where he is currently working.

This clip is from Newsday 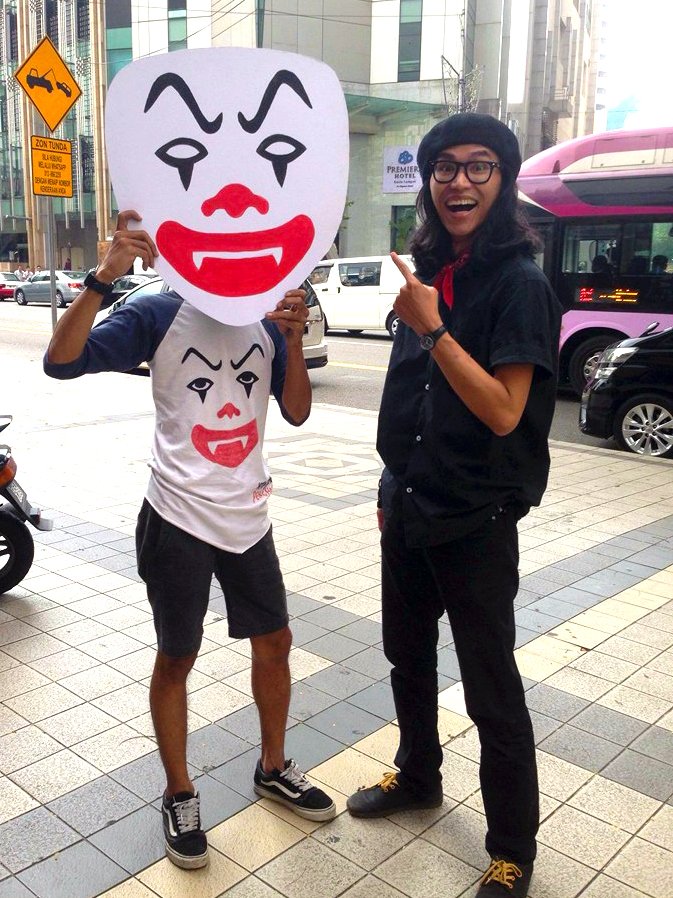 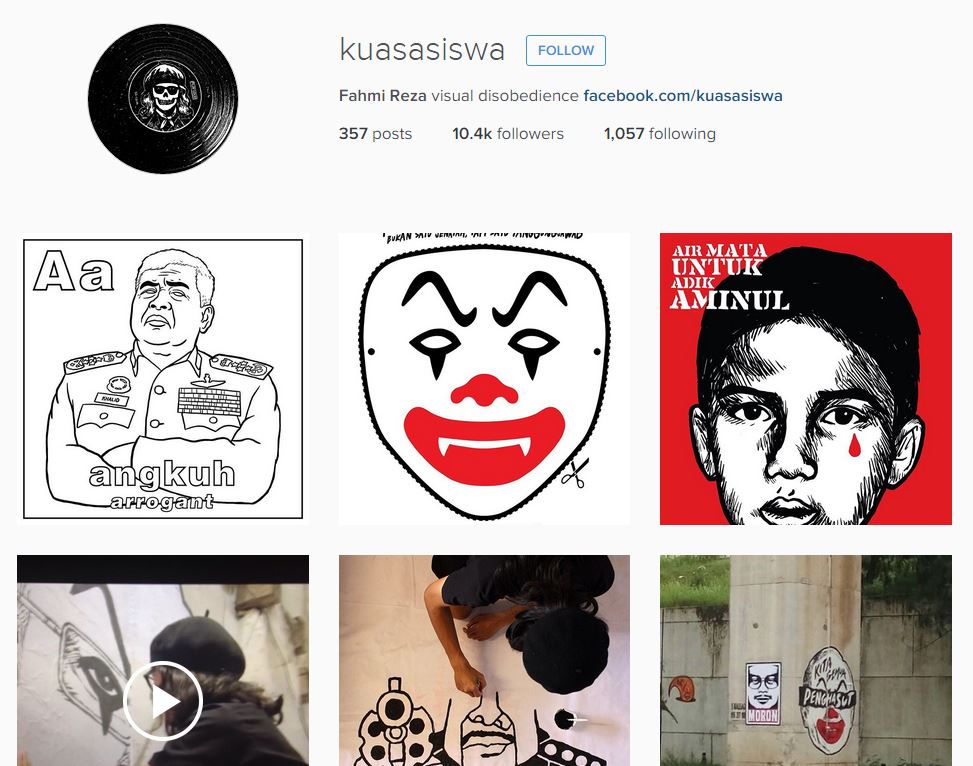 KUALA LUMPUR (AFP) – A Malaysian designer’s caricatures of the scandal-plagued Prime Minister as a sinister clown have become a viral phenomenon, spurring a wider protest-through-images movement and making the artist a target of the authorities.

Shared widely on social media, they have sparked copycat variations and struck a chord with Malaysians outraged by corruption allegations levelled at Datuk Seri Najib and his moves to thwart investigations.

“Our country is being governed by fools and crooks,” Fahmi, a punk-rock afficionado, said in an e-mail interview while on an extended trip overseas.

He seeks to “point out the hypocrisies (of Malaysian politics), to draw attention to these absurdities, and get people to laugh at it”.

But the Malaysian authorities are not amused.

Fahmi, 38, who has been arrested previously for his activism, was questioned by the police and told to stop posting the images, which show Mr Najib in powder-white clown make-up, with evilly arched eyebrows and a garish blood-red mouth.

He said the police were investigating possible violations of multimedia laws that could bring five years in prison.

Last year, a Malaysian political cartoonist famed for skewering the government was hit with multiple sedition charges that lawyers say could see him jailed for up to 43 years.

“They can jail a rebel, but they can’t jail the rebellion,” he said. 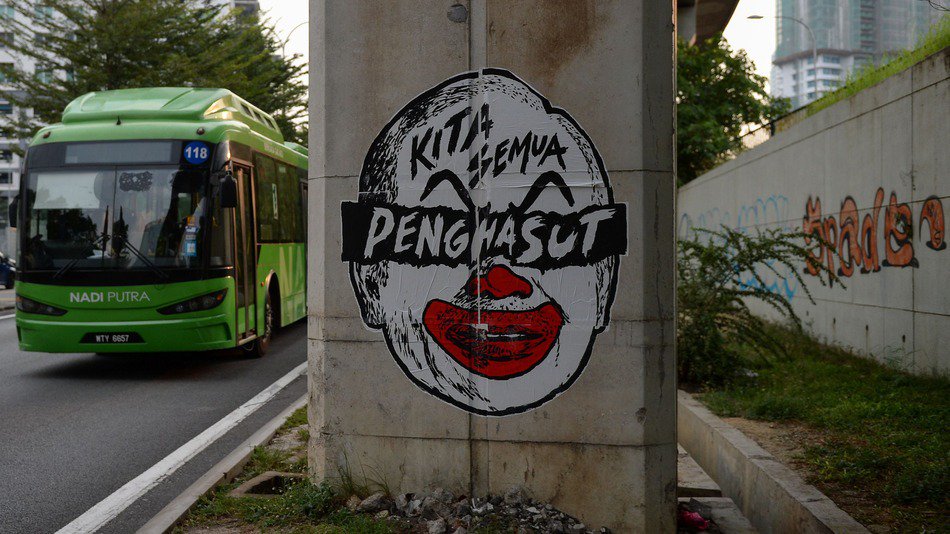