GRUPA, Fahmi Reza and sketches of Najib as clown

A satirical poster lampooning internet censorship may have been inadvertently mistaken for the real deal, prompting the Malaysian Communications and Multimedia Commission (MCMC) to deny it issued the advisory.

When contacted MCMC strategic communications director Sheikh Raffie Abd Rahman said it did not warn against spreading “shameful images of the country’s leaders”.

“This one is not from MCMC. Someone is trying to be sarcastic. MCMC will not issue such advisories,” said Sheikh Raffie to Malaysiakini.

An image of Prime Minister Najib Abdul Razak in clown face in the background of the fake advisory should have been a red flag.

Indeed, Sheikh Raffie said MCMC does not issue advisories in such a manner.

“We wouldn’t issue such instructions. We will continue to take the cases as they come in and continue to work with the police,” he said.

The fake advisory today featured the same clown-faced Najib, with the MCMC logo, and urged the public to stop spreading shameful images images of the country’s leaders.

“The public is warned to stop spreading edited pictures of the country’s leaders in the form of clowns like the picture above on social media including through the WhatsApp phone application.

“It is an offence to share or spread such contents as it is against the laws especially Section 233 of the Communications and Multimedia Act. If convicted, offenders will be fined a maximum fine of RM50,000 and/or a year’s imprisonment,” read the advisory.

Umno man falls for it

The fake advisory also found it on the Facebook page of Umno man Syed Rosli Jamalullail, who warned his Facebook followers to be careful or risk landing in jail.

This prompted consternation among his followers, some of whom were upset with MCMC for just issuing warnings without action or recirculating the clown face caricature along with the “advisory”.

A check on MCMC’s official Facebook and Twitter pages, however, did not find the advisory in question.

When contacted, Fahmi confirmed that he designed the satirical poster.

“I designed it as a piece of political satire and parody to highlight the absurdity behind the warning issued by the government against spreading the clown pictures, which goes against Internet freedom,” he said.

MCMC’s Sheikh Raffie said that although the advisory was fake, it was still an offence to spread such images.

“Still, they shouldn’t be doing this. Issuing false advisories is also an offence,” he said, citing Section 211 and 233 of the Communications and Multimedia Act.

Cops: Those spreading distorted pictures of leaders will face action

Those who spread distorted pictures of national leaders will face legal action under Section 233 of the Communications and Multimedia Act 1998.

Deputy inspector-general of police Noor Rashid Ibrahim said the act prohibited users of social media from abusing the facility for the purpose of slandering certain individuals.

“I warn users of social media not to use the communication platform for the purpose of threatening and slandering others, especially the country’s leaders,” he told reporters during the ‘Op Selamat 8/2016’ road safety campaign at the Litrak toll plaza in Petaling Jaya today.

He said this when asked to comment on the caricatures of clowns depicting Prime Minister Najib Abdul Razak which had spread on social media recently.

“The pictures have spread across social media with the hashtag #KitaSemuaPenghasut ” http://www.bbc.com/news/blogs-trending-35486530 …

By BBC Trending What’s popular and why

But then members of an art collective, Grupa posted even more clownish images of the premier to express their solidarity with him and to champion the ideal of free speech.

The pictures have spread across social media with the hashtag #KitaSemuaPenghasut which translates as “we are all seditious”.

Fahmi’s mockery of the prime minister was part of a wider reaction to news last week, when the country’s attorney-general cleared Mr Najib of any corruption relating to a long-running financial scandal.

GRUPA (Grafik Rebel Untuk Protes & Aktivisme) was born when a group of graphic designers who were strangers to one another, decided to join forces for a common purpose.

We came together only 5 days before the Bersih 4 protest on 24th August 2015 to design posters for the protest. The idea of creating protest posters and placards for Bersih 4 came about due to the absence of the said in previous Bersih protests.

Painting the PM as clown online campaign is going on in Malaysia #KitaSemuaPenghasut http://says.com/my/news/photos-graphic-artists-show-solidarity-against-najib-with-clown-faced-sketches …

Send in the clowns. #KitaSemuaPenghasut

“The more corrupt the state, the more numerous the laws.” – Tacitus #KitaSemuaPenghasut #grafikrebel 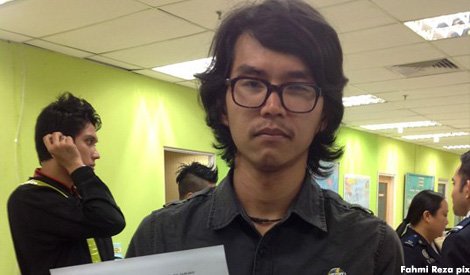 The warning to artist Fahmi Reza from the police that he is under watch has only exposed more people to his work, and inspired others to voice out against injustice and corruption, the artist said.

As such, it would now be unwise for police to arrest him, following a police report yesterday lodged by BN-leaning group Gerakan Merah, Fahmi said today.

“If you take action against me, you’ll drive publicity to the issue and more attention to my works.

“You will invite more social media users to visit my Facebook page, and expose them to more of my political posters, protest works and other ideas formulated in my 14 years in activism and producing protest art.

“This could inspire more people to rebel and inspire new activists who will be more aware of their rights and be unafraid to speak out against corruption, injustice and oppression,” Fahmi said in an open letter to the police.

The open letter was uploaded onto his Facebook page. 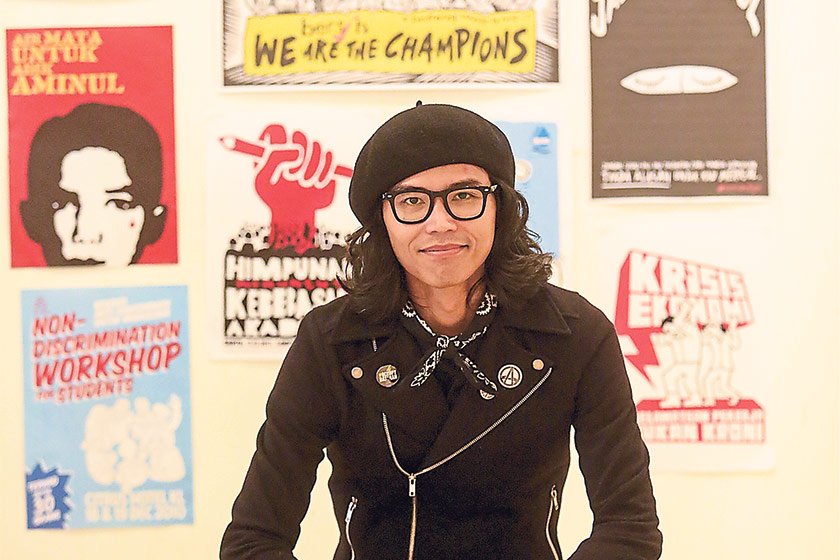 KUALA LUMPUR, Jan 31 — Activist and graphic designer Fahmi Reza received a warning on Twitter from the police today after he posted a sketch of Prime Minister Datuk Seri Najib Razak in clown makeup on the microblogging site.

The Police Cyber Investigation Response Centre (PCRIC) reposted the sketch on its Twitter page this afternoon to Fahmi, urging the youth to exercise caution after informing him that his account is being monitored by the authorities.

Accompanying the sketch was the message, “Dalam negara yang penuh dengan korupsi, kita semua penghasut” (in a country full of corruption, we are all seditious).

Activist artist gets warning from cops over ‘Najib clown’ sketch

Activist artist Fahmi Reza is under police watch after he uploaded a sketch of what appears to be Prime Minister Najib Abdul Razak in clown face, on his Twitter account.

The sketch also has the words ‘Dalam negara yang penuh dengan korupsi, kita semua penghasut’ (In a country filled with corruption, we are all seditious).

The Police Cyber Investigation Response Centre (PCIRC) then replied: “Twitter user @kuasasiswa, you are now under police watch. Use your account responsibly and according to the law.”

However, Fahmi has remained uncowed.

“There is no time for niceties when fighting against corrupt rulers, in a country that uses laws to protect the corrupt and oppress those who speak out against it,” he said in a Facebook posting about the warning.

Like Loading...
This entry was posted in Uncategorized and tagged Activist and graphic designer Fahmi Reza gets warning over Najib sketch, fahmi reza. Bookmark the permalink.

5 Responses to GRUPA, Fahmi Reza and sketches of Najib as clown