—
A bus driver had hit two Thaipusam devotees who travel from Penang to Malacca (25th January 2016) (Bus number plat KCU 9611 “SEASONS EXPRESS COMPANY”). That particular passengers who are followed by their boss to Thaipusam Penang to help cook food for the devotees who come to worship in Penang. The bus driver hit the passenger being asleep in the space provided for the driver. The bus driver stopped the bus on highway itself that about three times to hit that particular passenger to express his dissatisfaction. The bus driver use vulgar words towards that passengers. He also kicked that passenger’s face many times, hit their faces with slippers and then slap their face several times. The bus driver did not stop hitting that two passengers although they apologized many times. The bus driver stopped beating when the passenger pay damages amounting to RM 50 to replace the pillows. Even though, it was that passenger’s mistake, but it’s not a proper way to treat them in such a rude way.
* Victims working at Restoran dan Katering Sri Kaveri
(No 115, Lorong Hang Jebat, 75200 Melaka.
*Warning! Please respect human beings.
*NEED JUSTICE!!! 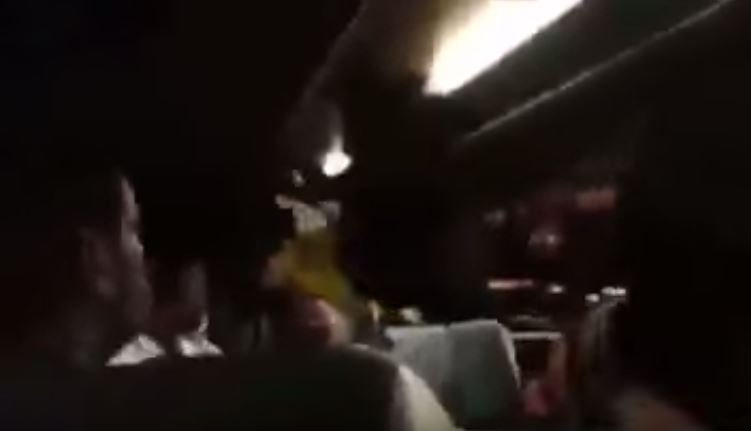 A consumer group wants the Land Public Transport Commission (SPAD) to reveal the punitive measure it is taking against the express bus driver caught on video using his slippers to slap two passengers, whom he later forced out of the bus, for sleeping in his rest seat.

National Public Transport Users Association (4PAM) said the public needed to know that the bus driver and the bus company had been punished so that it was assured that such an incident would not occur again.

4PAM president Ajit Johl said the incident had made the people afraid to take the bus.

“We also want SPAD to reveal the name of the bus company so that users are able to make an informed decision on whether they would like to continue using the service.

“Above all, we want SPAD to take action against the directors of the bus company, who should be fined and made to make a public apology to the two victims.

“The victims should be compensated by the bus express company for the humiliation, duress and stress they went through, and all of these should be done in a fair and transparent manner,” he told The Malaysian Insider, today.

Ajit also called for SPAD to suspend the services of the express bus company. 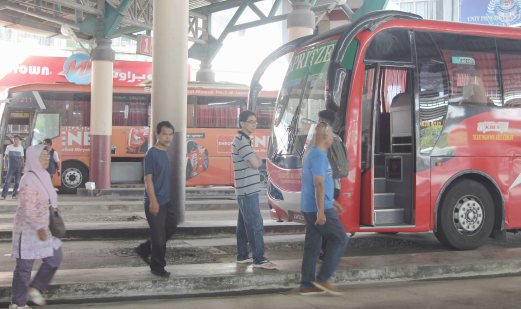 KUALA LUMPUR: The bus operator whose driver was featured in a viral video hitting a passenger for sleeping in his seat, will face the Land Public Transport Commissioner (SPAD) next month to answer for his actions.

In a statement today, the commission said it viewed the matter seriously and had already recorded the passenger’s statement on the incident.

“SPAD has also instructed the express bus operator involved in this case to attend a due investigation meeting on Feb 1 to clarify facts and gather more information for next course of action under Section 22 of the Land Public Transport Act, 2010,” it said.

PETALING JAYA: The Land Public Transport Commission (SPAD) has reminded bus operators to closely monitor and discipline their drivers to ensure they are courteous and provide quality service to commuters at all times.

The instruction follows a recent video that went viral involving an express bus driver who allegedly abused a passenger on Jan 25 during a journey from Malacca to Penang.

In the video, the driver was seen hitting a passenger for allegedly sleeping in his seat.

“The Land Public Transport Commission would like to express regret that the passenger involved had to endure such a harrowing experience during his journey,” it said in a statement on Sunday.

SPAD said it viewed the matter seriously and had been in contact with the passenger to record his statement.

It said that the passenger filed a police report on Jan 28 at the Melaka Tengah police station following the advice of SPAD.

Like Loading...
This entry was posted in Uncategorized and tagged bus driver hirs passengers: penang-malacca, SPAD. Bookmark the permalink.