The office of Petronas adviser is a prestigious post reserved only for a former prime minister. Dr Mahathir was appointed in 2003. The third Prime Minister, Tun Hussein Onn, was the adviser before Dr Mahathir.
…

Petronas sacking a loss of perks and face for Dr Mahathir

However, he also has a secretary and support staff who help with his duties at his futuristic office on the 86th floor.
…
Even the Petronas board meetings are held on 85th floor. 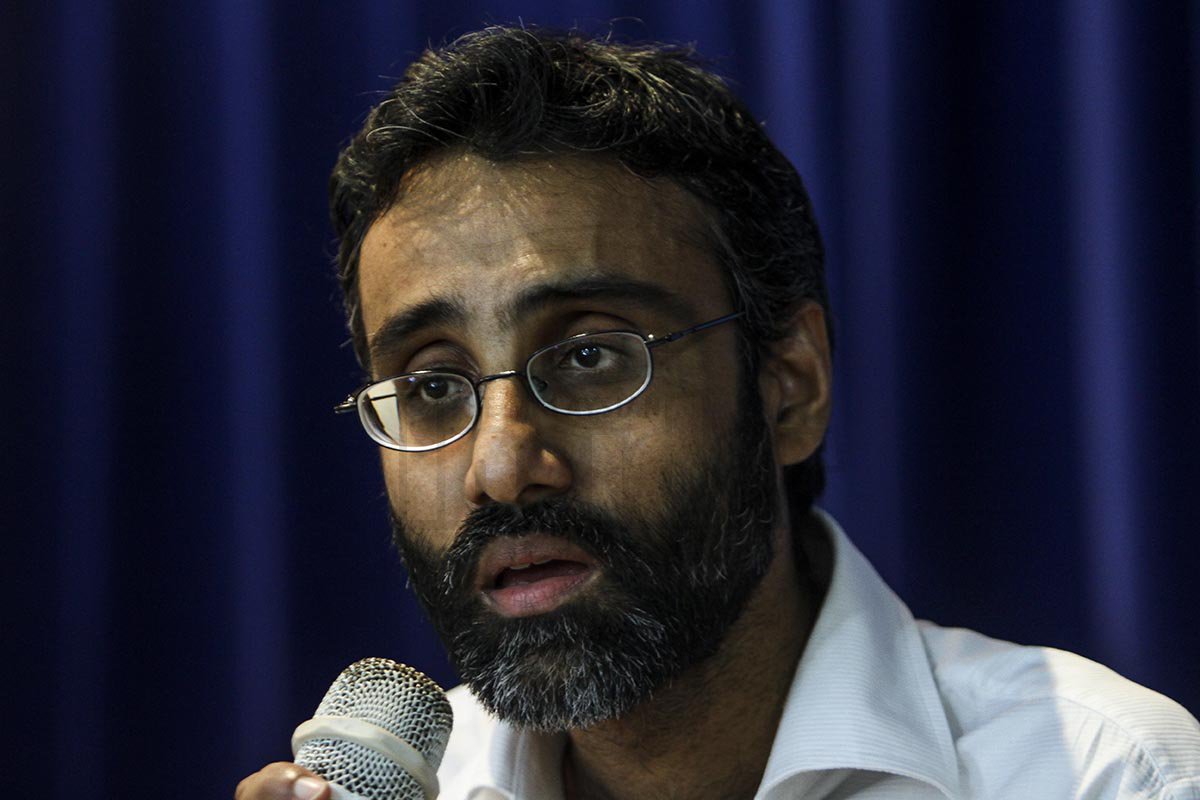 In a series of replies, Abdul Rahman also criticised Dr Mahathir’s about-turn in his support for the government, pointing out that when the latter helmed the administration, he was shown loyalty by those in Umno.

“Under the present circumstances, his position as Petronas Adviser is clearly untenable,” the Umno supreme councillor said after tweeting a Bernama flash on Dr Mahathir’s termination from Petronas.

“He can’t have the cake and eat it too,” he said in another posting.

To one follower who accused him of failing to understand Dr Mahathir, Abdul Rahman said: “To the contrary. We all in Umno are way too familiar with his SOP, inside out.” 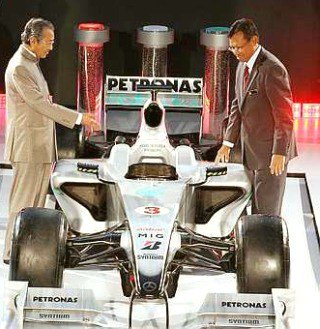 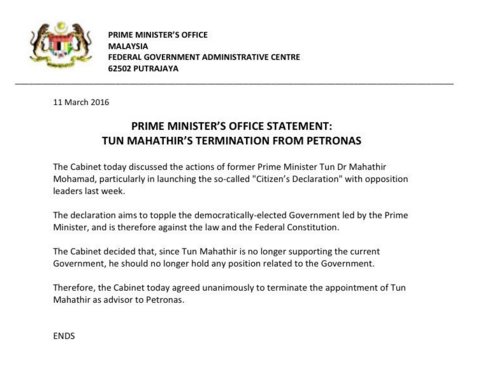 Dr Mahathir should no longer hold any position related to the Government since he was “no longer supporting the current Government”, said the Prime Minister’s Office.

The statement added that Dr Mahathir’s launch of the “Citizen’s Declaration” was aimed at toppling the “democratically-elected Government” led by current Prime Minister Najib Razak, and was against the law and the Federal Constitution. 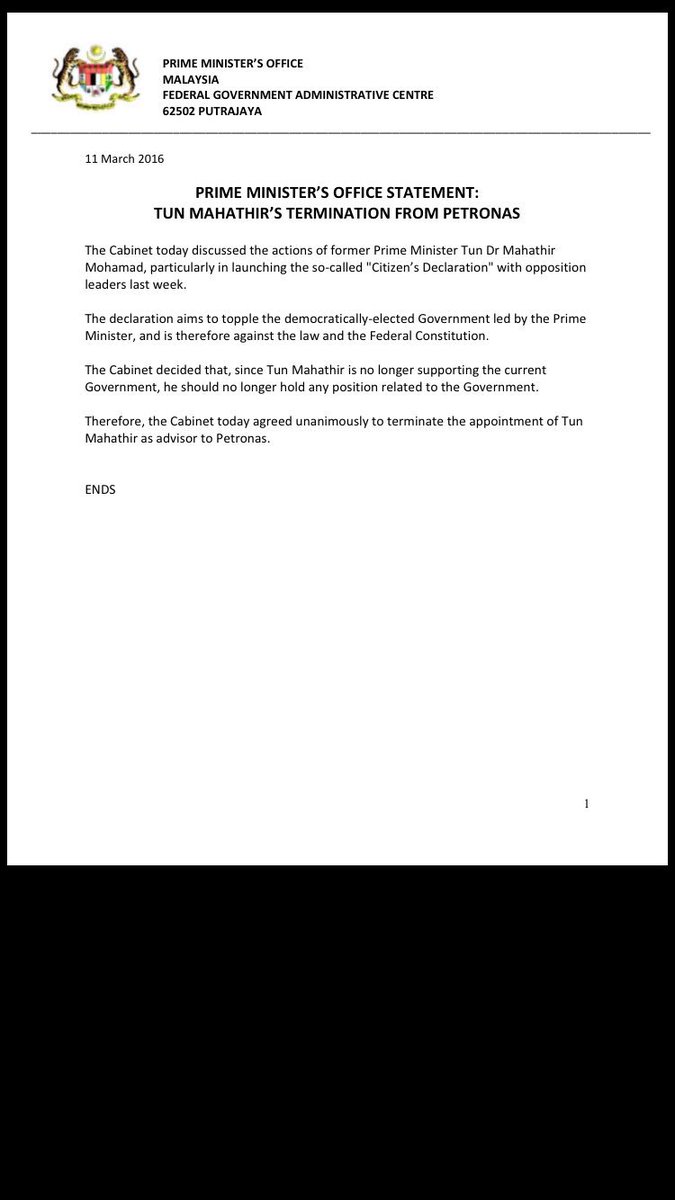 Putrajaya boots out Mahathir from Petronas https://shar.es/1CVFxf  via @sharethis 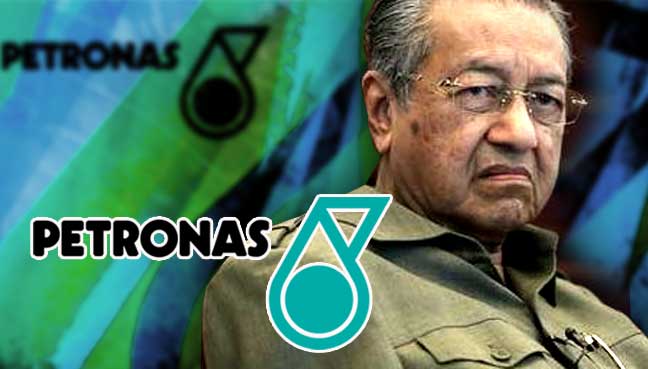 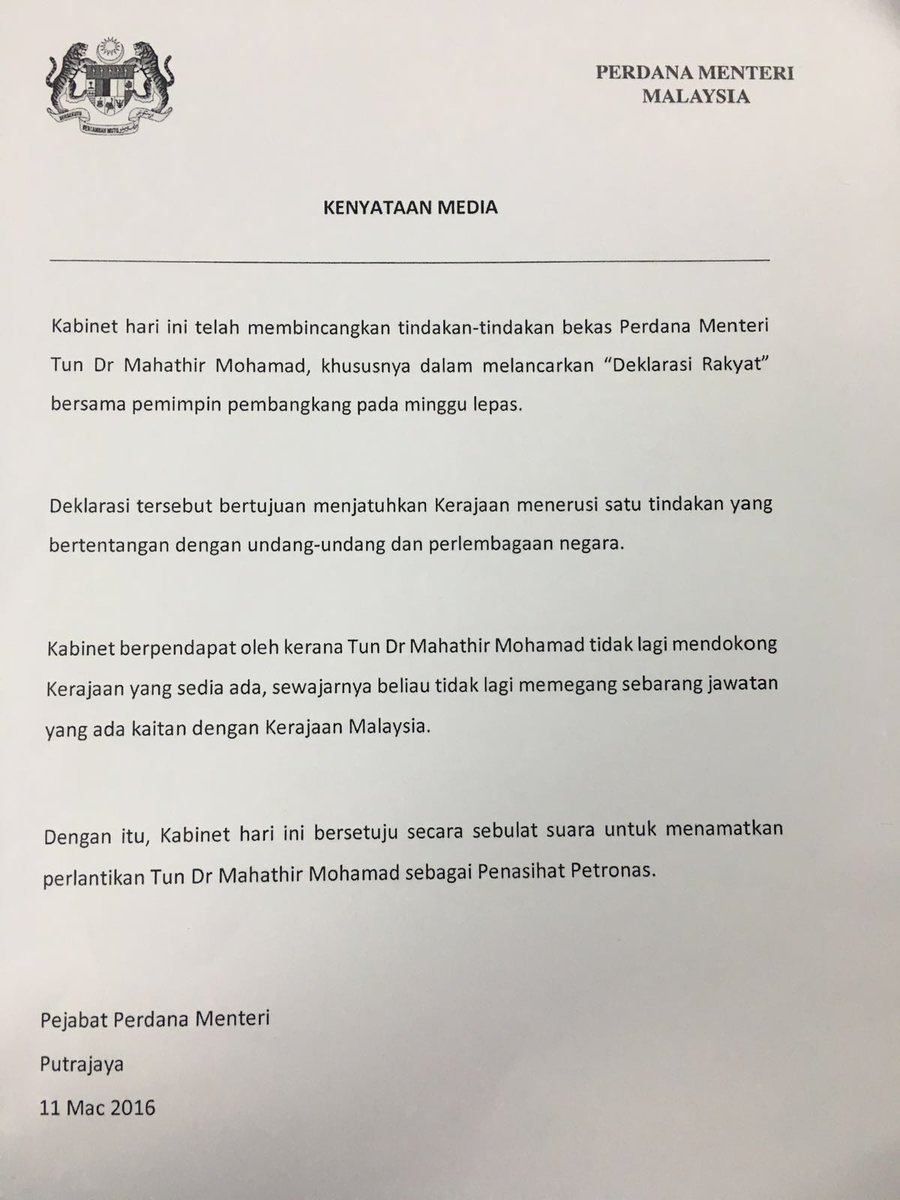 Like Loading...
This entry was posted in Uncategorized and tagged mahathir no longer petronas advisor, malaysia, najib, politics. Bookmark the permalink.