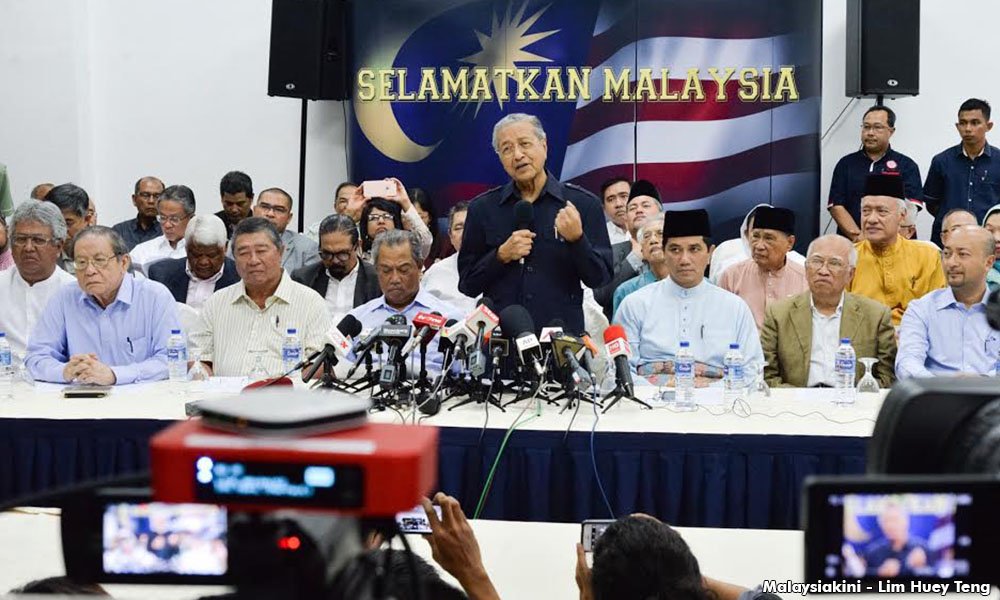 Members of the Congress of Unions of Employees in the Public and Civil Services (Cuepacs ) have been told not to be involved in the Citizens’ Declaration assembly scheduled to be held in Shah Alam on March 27.

Cuepacs president Azih Muda said the congress fully supported the leadership of Prime Minister Najib Abdul Razak and did not agree with the assembly.

“We do not agree with the way things are being done by certain parties to topple the government. My advice to civil servants is not be among those involved,” he told reporters in Johor Bary today.

“We serve the government and are not involved in political parties. We want civil servants to focus on their jobs and not to be influenced by sentiments like toppling the government,” he said. 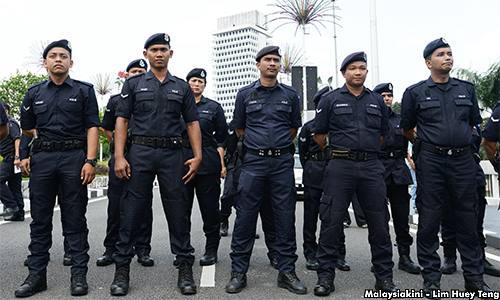 By Koh Jun Lin
.
UPDATED | A group of 148 pro-Najib Umno division chiefs have urged the police to put a halt to any roadshows or illegal rallies against Prime Minister Najib Abdul Razak.
.
This followed the Citizens’ Declaration signed last week between opposition leaders, civil society members, and several current and former BN leaders.
.
“We the division chiefs of Umno urge the government and the police to take stern action and stop any roadshows and illegal rallies that would be held by any party especially the opposition for the purpose of poisoning and inciting the minds of the people into demonstrating in the streets, and any effort to topple Prime Minister Najib Abdul Razak through undemocratic means,” said the group’s spokesperson Mohd Yusof Kassim.
.
He was speaking to reporters at a press conference in Kuala Lumpur today, following a meeting of Umno division chiefs which lasted for about two hours.
.

IGP: Police will take action against those who speak on seditious matters at March 27 gathering

MIRI, March 11 ― The police today warned of firm action against anyone whose speeches at a gathering planned for March 27 in the country smacked of sedition.

Inspector-General of Police Tan Sri Khalid Abu Bakar said those addressing the gathering, even if it was in an enclosed area, must exercise caution for the police would act if they touched on matters of a seditious nature.

He said the police had yet to receive any notice on the gathering from the organisers.

“I do not know where they want to hold the gathering. Even if it is held in an enclosed area, we will monitor (the speeches),” he told reporters after the presentation of the Pingat Kedaulatan Negara medals to police officers and men who had fought the Lahad Datu intruders in Sabah in 2013.

GP, “Zaid, Don’t you dare hold any anti-Najib rally!” Zaid replies, “I know the law. And it’s not a rally.”

Subang UMNO’s Datuk Zein Isma Ismail said in a statement that his division has proposed a gathering titled “The people’s solidarity with Datuk Seri Najib” on the day.

This is for the trio partaking in the recent “Citizens’ Declaration” asking for the removal of Najib as PM, along with members of the opposition and civil activists.

Zein also urged Mahathir be stripped of his roles in Proton and Petronas, where he serves as chairman and advisor respectively.

Former law minister Zaid Ibrahim has once again urged Malaysians to attend the March 27 gathering to protest against the leadership of Prime Minister Najib Abdul Razak.

In his latest blog posting, he said the people must be courageous and gave his assurance that the venue would be large enough to accommodate the crowd.

Responding to a question, the former Umno lawmaker told Malaysiakini that he does not expect a mammoth number.

“It will remain in an indoor venue because we want to talk. It will be more conducive to talk in such a venue,” he added.

As for the venue, Zaid said he has not decided on this as the gathering is still a month away.

Previously, the former minister denied the gathering would be a public rally, stating he was not like the electoral watchdog Bersih.

He said this after receiving a warning from inspector-general of police Khalid Abu Bakar. 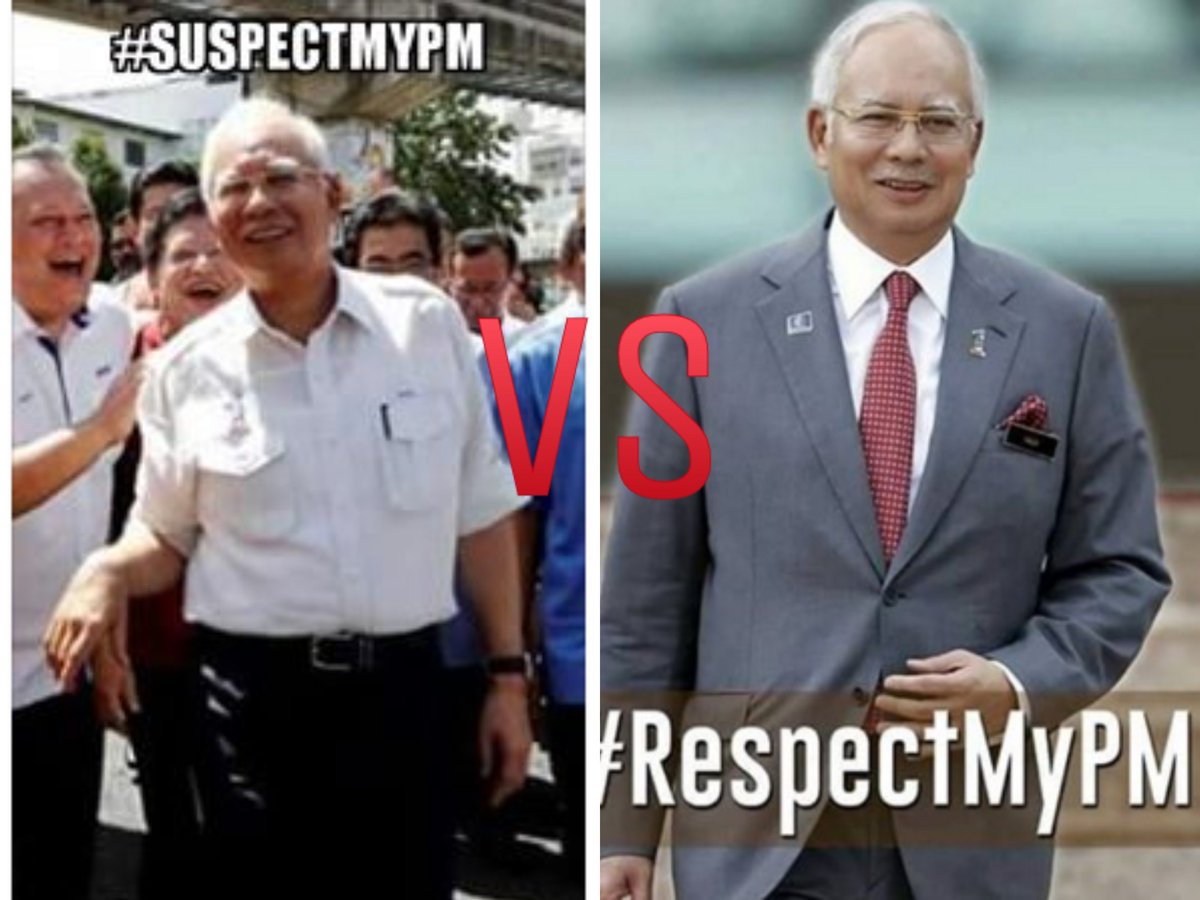 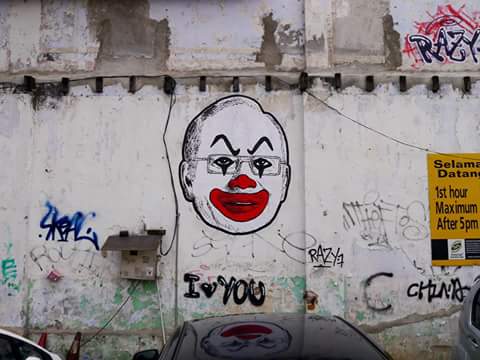 Datuk Jamal Md Yunos he will hold a counter-rally to protest the March 27 gathering by Datuk Zaid Ibrahim if he does not call it off immediately. ― Picture by Choo Choy May

KUALA LUMPUR, March 1 ― The Coalition of Malay NGOs that organised the #Merah169 Malay Dignity Rally will protest the March 27 gathering by Datuk Zaid Ibrahim if he does not call it off immediately, the group’s leader Datuk Jamal Md Yunos has said.

Utusan Malaysia quoted Jamal as saying that the authorities should take action against the organisers of the gathering to be purportedly attended by leaders critical of Datuk Seri Najib Razak.

“Therefore I am warning Pakatan and other parties to immediately stop their intention to carry out this gathering.

“I will not hesitate to hold a large protest if this gathering goes on,” he reportedly said.

Jamal’s coalition of NGOs was responsible for the #Merah169 rally last year where protesters tried to breach a police barricade blocking entry into Petaling Street, in a bid to reach the area known as “Chinatown” that Jamal later claimed was Chinese dominated and prejudicial against Malays. 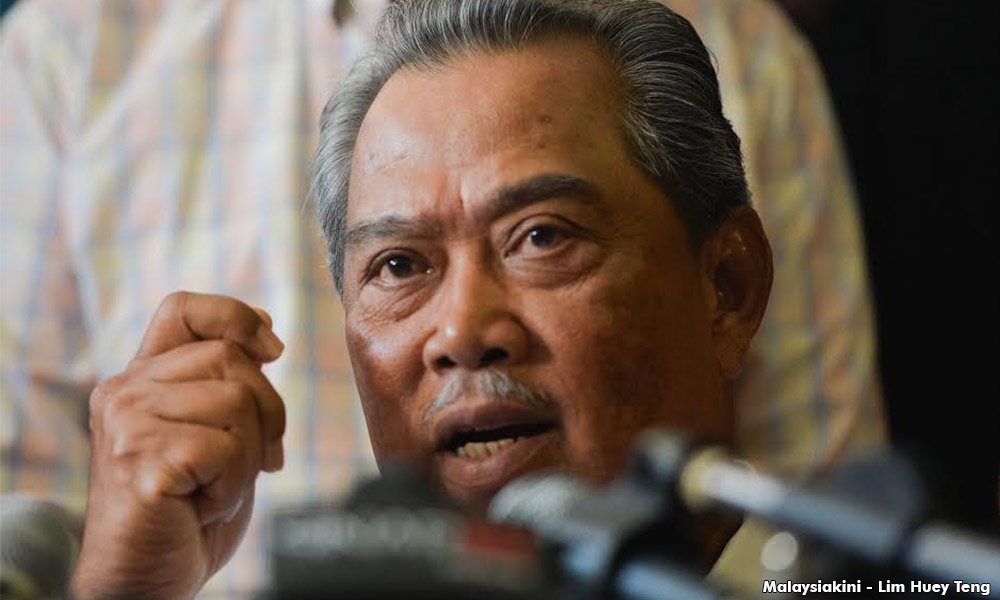 Muhyiddin Yassin has vowed to continue voicing out, stressing that his decision to remain in Umno does not mean he will remain silent.

“I’m not afraid of any threat,” he told a press conference in Kuala Lumpur today.

“Although I am remaining (in Umno), I will continue to speak out, in fact, much louder,” he added.

Responding to a question, the suspended Umno deputy president also confirmed that he would attend the March 27 gathering.
…
Muhyiddin also said he is willing to work with all quarters, who have the same aim.

“It doesn’t matter who they are as long as we are on the same path,” he added.

Speaking at a press conference together with Umno vice-president Shafie Apdal and former Kedah menteri besar Mukhriz Mahathir, Muhyiddin said there was a need to go to the ground to engage the public.

“This is the people’s fight. This is your fight,” Muhyiddin said.

Asked if Shafie and Mukhriz would also go to the ground to engage the public, Muhyiddin said: “Yes.” 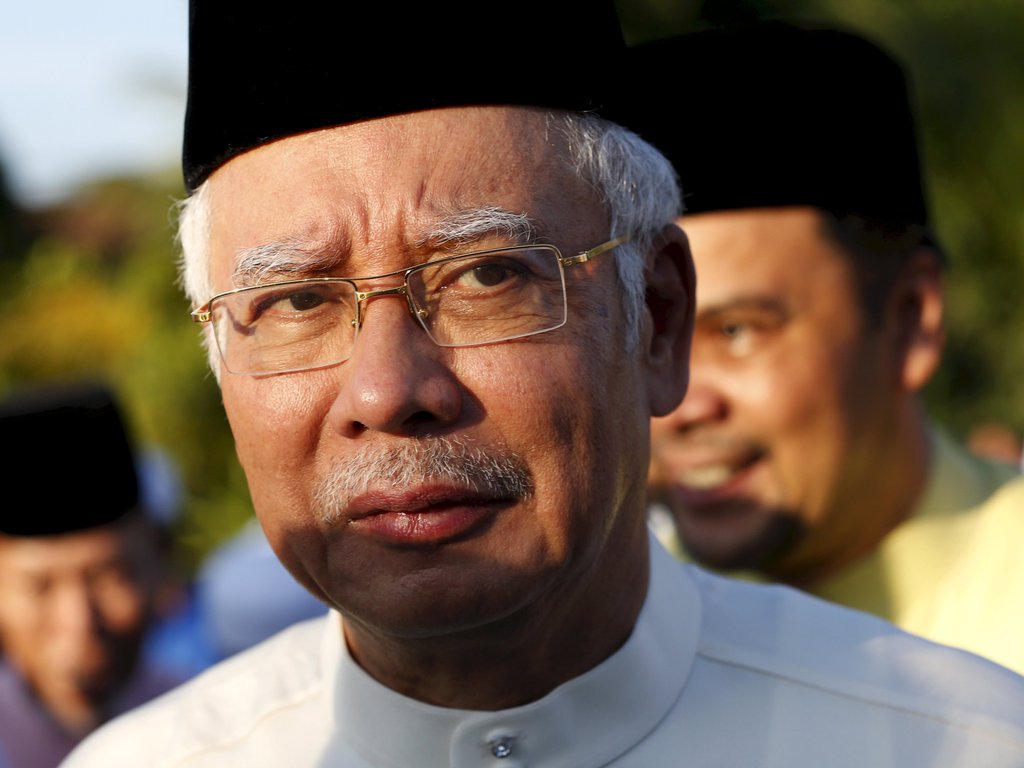 The plan by former Malaysian premier Mahathir Mohamad to put together a loose alliance to topple Prime Minister Najib Razak is being watched closely as the latest unexpected move by a veteran of political battles.

Tun Dr Mahathir wants Umno leaders, opposition veterans and well-meaning intellectuals to get a wider public consensus on why the embattled Datuk Seri Najib, who is trying to fight off a huge financial scandal, is bad for the country.
…
Dr Mahathir has quit Umno again to shock Malaysia’s biggest political party, Umno, and Malaysians, into doing something about it.

He is moving a big piece on his chessboard in his willingness to work with the opposition, and wants to persuade more Umno leaders to join his “core group” of anti-Najib dissenters. But the 90-year-old statesman faces several uphill battles. Apart from the almost-impossible mathematics of trying to get some two dozen MPs of the ruling Barisan Nasional (BN) coalition to jump ship in Parliament, he must know that Umno is battle-weary.

The Umno-led BN lost its two-thirds majority in Parliament in the general election in 2008, and five state assemblies, due to Umno’s internal struggle to oust then Prime Minister Abdullah Badawi.

The opposition hopes for a power-sharing deal once Mr Najib is toppled. But Dr Mahathir only wants to get rid of Mr Najib.

1 Response to The Anti-Najib Meet and the Anti-Anti-Najib meets: 27 March 2016