Do ‘pork-free’ signs confuse you? No, Muslims say in MMO poll 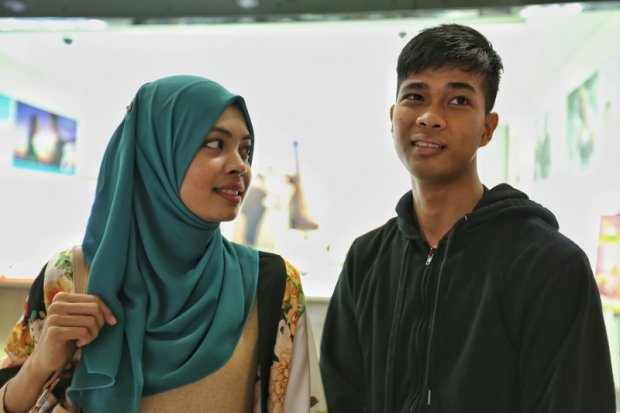 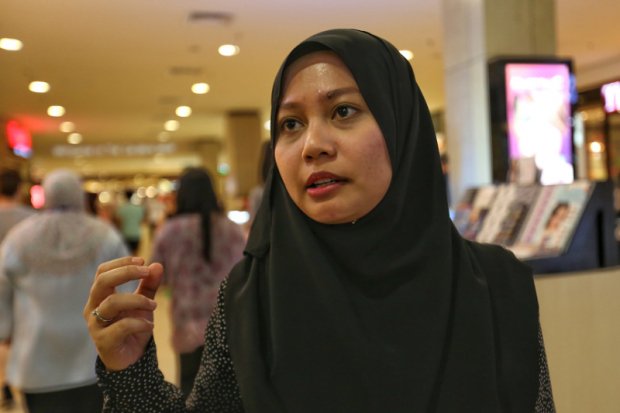 KUALA LUMPUR, Feb 20 — Most Muslim respondents in a small survey here say they understand the difference between the “pork-free” signage used by some eateries and the halal certification issued by religious authorities.

The survey by Malay Mail Online, which interviewed about 20 Muslims randomly at a mall here yesterday, also saw some respondents categorising the issue as a storm in a teacup, with one saying he saw no reason why it is making media headlines.

Of the 20, 15 or 75 per cent said they know what the terms “pork-free” or “no pork” mean, with some adding that they have no qualms dining at eateries that use such signage, as long as they find the outlets clean.

“It is not a matter…I would eat there as long my conscience says it is okay,” a 37-year-old personal assistant of a private firm here said when approached.

An IT executive from an oil and gas firm, who only wanted to be known as Is, said the issue, triggered last weekend when a government official suggested punishing eateries using “pork-free” signs, was being blown out of proportion.

“I don’t see what is the issue with the ‘no pork’ sign that it has to make headlines in some newspapers,” he said.

Consumers who were not comfortable with patronising such restaurants, he said, could choose to dine elsewhere.

He said he does not believe that these operators were doing so in order to confuse Muslims or to lure them into their premises.

“Muslims know what halal and these signs mean, so I really don’t think restaurant operators are putting these signs up to purposely attract Muslims,” he said.

Several respondents, however, agreed that “pork-free” signs could be deceiving as their purpose and objectives were unclear.

The Rational Rakyat
Haiya so confusing.

KUALA LUMPUR, Feb 19 ― Food outlets claiming to be pork-free will only be breaking the law if they sell pork, lawyers have said amid a ministry’s insistence that such signs mislead Muslims.

Lawyers Edwin Lee and Nick Yap told Malay Mail Online that eateries that do so would be misrepresenting themselves if they served pork when claiming that they do not, but not otherwise.

“If a sign says that the outlet is pork-free, it will only be an offence under Section 7 of the Trade Descriptions Act 2011 which states that a false trade description is a trade description which is false to a material degree.

“Therefore, it will only be a breach if the outlet is not actually pork-free,” Lee said in the response prepared with Yap’s assistance.

As for food outlets that display “pork-free” signs despite not having halal certification from the authorities, Lee and Yap noted that Malaysia’s legal requirements for halal recognition goes beyond the absence of pork.

They pointed out that Section 4(1) of the Trade Descriptions (Certification and Marking of Halal) Order 2011 states that no goods and foods shall be described as halal unless it is certified by the Malaysian Islamic Development Department (Jakim) and marked with the Halal logo.

Both added that Jakim’s guidelines and Malaysia’s Halal Certification Circular Number 2 Of 2014 on Halal food preparation do not just encapsulate pork-free issues, but a host of other issues such as hygiene, slaughter and preparation methods.

As such, outlets that display signs indicating that they do not serve pork cannot be considered to be representing themselves as halal-certified, they explained.

Waiting for some idiots to call for blood donation to be classified halal & non halal. Or… “pork free for min 2 weeks before donation.”

Is our government so free that they must now focus on trivial matters such as ‘pork free‘ outlets? 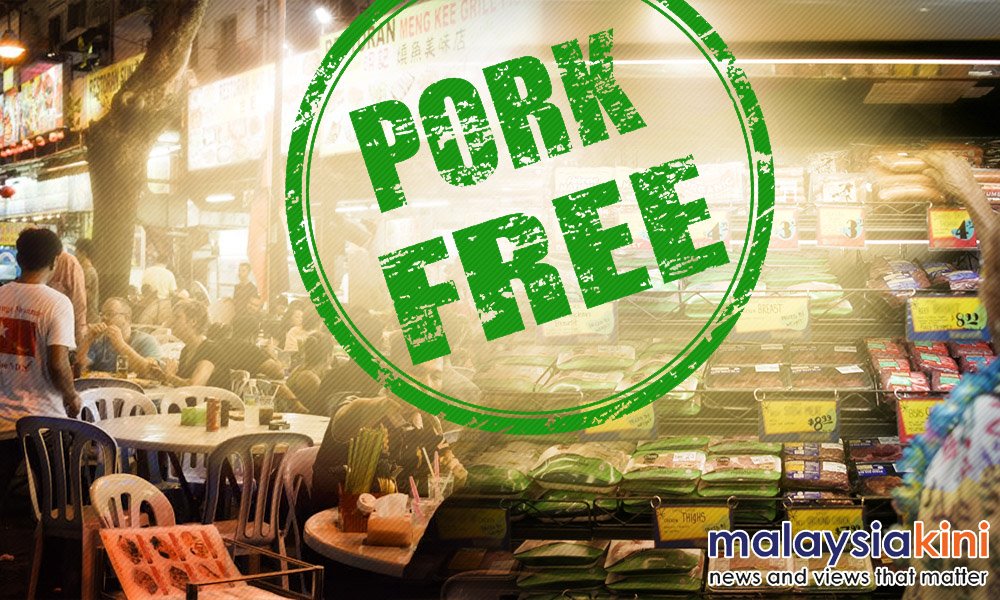 The Malaysian Islamic Development Department (Jakim) has no authority to raid and take action against premises exhibiting ‘No Pork’ signs.

Its director-general Othman Mustapha said such raids and actions were under the jurisdiction of the Domestic Trade, Cooperatives and Consumerism Ministry (KPDNKK).

“Jakim, state religious departments, KPDNKK and other related (enforcement) agencies have a special committee on the halal sign,” he told reporters on the third day of the 37th national Quran memorising competition in Ipoh today.

Othman said the application for halal certification is voluntary and any quarter intending to do so must follow the stipulated procedure.

“The term ‘No Pork’ tells consumers who don’t eat pork that the premises don’t serve pork. The halal term not only covers the aspect of pork but also chicken which are not slaughtered according to Islam,” he explained.

In this regard, Othman said consumers especially Muslims must pick business premises which exhibited the halal logo to avoid any doubt. 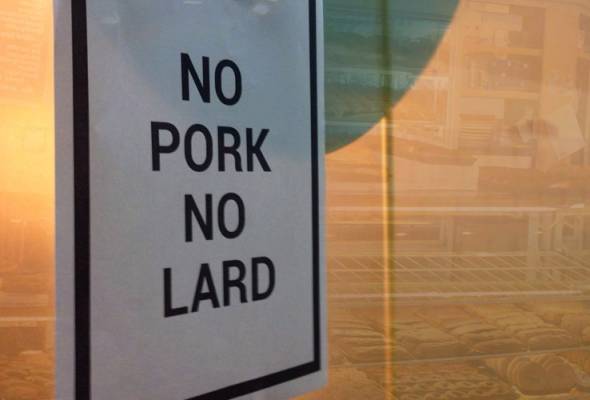 KUALA LUMPUR: The Domestic Trade, Cooperatives and Consumerism Ministry (KPDNKK) will settle the issue of the usage of the logo ‘Pork Free’ and ‘No Pork, No Lard’ as soon as possible.

Its Minister Datuk Seri Hamzah Zainuddin said the ministry would give attention towards correcting the definition and usage of the terms.

“KPDNKK will look into amending and selecting a specific definition and usage to avoid any confusion and doubt,” he told reporters after handing over the ministry’s 2015 excellence service awards at the Bank Rakyat Twin Tower here, today. Also present was KPDNKK secretary-general Datuk Seri Alias Ahmad.

#AWANInews [OPINION] Are ‘pork–free‘ restaurant signs part of a conspiracy to confuse Muslims in Malaysia? http://english.astroawani.com/lifestyle/are-pork-free-restaurant-signs-part-conspiracy-confuse-muslims-malaysia-94640 …

Are ‘pork-free’ restaurant signs part of a conspiracy to confuse Muslims in Malaysia?

AS a self-proclaimed foodie, I am always on the hunt for new gastronomical adventures.

However, the epicurean in me never strayed away from consuming food within my religious beliefs.

Therefore, as a ‘syariah-compliant’ foodie, I double and triple check the ‘halal-ity’ of my food before indulging in it.

So, imagine my bemusement when someone claims that ‘pork-free’ signs outside restaurants may confuse Muslims into thinking that the food served there is ‘halal’.

I, for one, have been contemplating this issue ever since I laid my eyes on a scrumptious looking walnut brittle caramel waffle on the menu of a cafe in George Town a few years back.

Having a penchant for desserts, I gathered a few friends before heading to that cafe which oddly to me at that time, hung out a pork-free sign.

“Check out the menu.”

After scrutinising the simple two-page menu, we found that the cafe served mostly desserts, coffee and several breakfast items which include eggs, sausages as well as beef strips.

So, I asked the owner who was waiting on us, why did she not apply for proper halal status?

“Oh, we serve the Alaskan Bombe (an alcohol-infused dessert). So, we can’t get the Halal certification,” she answered.

“But the sausages and beef strips were sourced from local vendors?” I asked.

“Yes. Everything is bought from the local Halal grocery,” she assured.

I then asked if a separate pan was used to prepare the alcohol-infused dessert, to which she said yes.

Of course, I did not probe further because I was satisfied with her answers.

If I am satisfied with the restaurant’s operators answers I will dine there. If not, I won’t. It is a matter of choice.

Yesterday, the Pahang Islamic Religious Department (JAIP) issued a restriction order on food outlets in the state not to use the term “pork-free” or “no pork” at their premises to avoid confusing the public. – Bernama, February 14, 2016.

Just because he’s confused, he expects others to be equally dumb!

He said only food at outlets that carried the halal certificates from the Malaysia Islamic Development Department (Jakim) could be consumed by Muslims.

“Outlets which just put the ‘pork-free’ label at their premises do not represent what is meant by halal,” he told reporters after opening a cultural seminar and Chinese New Year celebration for Muslim converts in Kepong today.

He said the Domestic Trade, Cooperatives and Consumerism Ministry and the states had laws to take action against food outlet operators who misled Muslims with their “pork-free” labelling.

Berita Harian also said that only one of 10 restaurants at a shopping mall in Kuala Lumpur displayed Jakim’s halal certification, while the others only had the “no pork” sign.

PETALING JAYA: A complaint by the Islamic consumers association about “no-pork” signs at some restaurants has sparked a veiled threat of government action against these restaurants, according to news reports.

The threat appeared to have been made by an official of the domestic trade ministry, who said “no-pork” signs did not mean a restaurant was classified as halal.

He raised the possibility of action under the Trade Descriptions Act for purportedly attempting to confuse Muslims through the use of Quranic verses and objects.

“Consumers must remember the ‘pork free’ sign does not mean it is halal. So don’t be deceived if there are many Muslims eating in that restaurant,” according to the ministry’s enforcement director, Mohd Roslan Mahayudin, as quoted in the Berita Harian daily.

“Consumers must be cautious on the definition of halal-certified food,” he was quoted as saying.

However, Berita Harian also reported that a restaurant operator explained that the “pork free” sign was a way of telling its consumers that it does not serve dishes with pork and that it had not applied for halal certification from Jakim, the federal Islamic affairs department.
…

Berita Harian had quoted Mohd Roslan as saying that Jakim’s halal certification was not easy to obtain, with several criteria to be met. “The chef must be clean from all dirt. A restaurant is not necessarily halal just because it doesn’t serve pork,” he was reported as saying.

The issue appeared to have arisen from a 2014 complaint by the Malaysian Islamic Consumer Association about misuse of halal certificates and the appearance of “no pork” and “pork free” signs.

The association’s head, Nadzim Johan, was quoted as saying: “The issue of halal is a much talked about matter…besides the halal certification which has been constantly exploited by certain parties… now we have this ‘no pork’ sign that is raising all sorts of perceptions and different meanings”.

He had urged the Federation of Malaysian Consumer Associations to take action against restaurants with “no pork” signs, for creating doubts about whether their premises meet Jakim’s criteria.