Still searching for MH370: Petronas & 3 other Malaysian Firms to benefit

THE SEARCH HAS SO FAR FOUND NOTHING. IT HAS BEEN GUESSWORK AT BEST.
IT IS NOW THOUGHT THAT THE SEARCH WILL TAKE YEARS RATHER THAN  MONTHS!
——-
THE FOUR: PETRONAS, SAPURAKENCANA, DEFTECH AND BOUSTEAD
…
YAHOO! NEWS MALAYSIA

The acting transport minister said searchers have been discussing with oil companies Petronas and SapuraKencana, as well as defence suppliers Deftech and Boustead, on deploying assets in the hunt for the missing jet, such as underwater equipment and support vessels.

“It is important for all Malaysian entities to be on the same page, working as one team in flying the Malaysian flag to find MH370,” Hishammuddin told an MH370 press conference here today.

Officials have said recently that more sophisticated assets may need to be brought in for the so-far fruitless search of the Indian Ocean seabed for wreckage.

https://my.news.yahoo.com/petronas-three-other-malaysian-firms-tapped-mh370-hunt-110500828.html
—–
AN EXPANDED SEARCH
The Wall Street Journal (WSJ) reported yesterday that searchers now face an arduous task of scouring an area of seabed covering around 60,000 square kilometres – about the size of the US state of West Virginia. That compares with the roughly 400 square kilometres of ocean floor covered by a Bluefin-21 underwater drone in the past weeks’ search.
…
Abbott and search officials told the business daily that it would take roughly eight months to scour the expanded area fully.
http://www.themalaysianinsider.com/malaysia/article/mh370-hunt-enters-new-us56-million-phase-to-include-private-search-firms-sa
…
Malaysian Insider

Search officials told CNN yesterday that MH370’s new phase, which may take months to complete, will be a more intense underwater search that will require the skills of private contractors and cost about US$56 million (RM183 million). – The Malaysian Insider pic, April 29, 2014.

The hunt for flight MH370 has entered a new and costly phase as Australia announced that it is expanding its search zone.

Search officials told CNN yesterday that this new phase, which may take months to complete, will be a more intense underwater search that will require the skills of private contractors and cost about US$56 million (RM183 million).

“I regret to say that thus far none of our efforts in the air, on the surface or under sea, have found any wreckage,” Australian Prime Minister Tony Abbott said yesterday, adding that by now, most of the debris will have become waterlogged and will have sunk.

The international news broadcaster added that many family members planned to take their concerns to Boeing when the aircraft giant holds its annual shareholders meeting in Chicago yesterday.

“The briefings are a joke,” said Sarah Bajc, whose partner, Philip Wood, was a passenger on the plane. “The patience level of the families group is just gone.”

“Boeing is a publicly traded company in the United States, and that puts them in a position of a little bit more fiduciary responsibility,” she told CNN.

US pilot claims to have found plane

After six weeks of search for the missing MH370, a US pilot claims to have found the Boeing 777-200ER in the Gulf of Thailand.

PETALING JAYA: A US pilot believes he has found an image of the wreckage of missing Malaysia Airlines Flight MH370.

After six weeks of extensive search, authorities are now combing through the wild Indian Ocean where the plane carrying 239 passengers and crew was suspected to have ended its journey.

Todate they have failed to locate any wreckage of the plane which went missing on March 8, on a routine flight from the Kuala Lumpur International Airport to Beijing, China.

The jetliner went missing from the civilian radar while flying over the South China Sea but was picked up by the Malaysian military radar on the western side of peninsula Malaysia, flying towards the Bay of Bengal.

Australian 7News said New York pilot Michael Hoebel, 60, believes he found an image of what appears to be the wreck of the missing passenger jet in the Gulf of Thailand, which is where the Boeing 777 made its last communication with air traffic authorities on the morning ofMarch 8.

“I was taken aback because I couldn’t believe I would find this,” Hoebel told a local TV news channel after spotting debris he believes perfectly matches the dimensions of the missing plane.

7News quoted Hoebel as saying that he spent hours trawling through thousands of images on TomNod, a crowd-sourcing website that has been sharing online satellite imagery in the hope of finding clues.

When he was asked whether it could have been an image of a shark, Hoebel responded:

GeoResonance reportedly claimed that it had found the wreckage of the Malaysia Airlines aircraft six weeks after it left KL International Airport for Beijing on March 8.

The Adelaide-based company said yesterday that the wreckage was found in the Bay of Bengal, 5,000km away from the current search area in the southern Indian Ocean, off Perth.

GeoResonance began its own search on March 10.

KUALA LUMPUR: A claim by an Australian exploration company that it has found the wreckage of Flight MH370 in the Bay of Bengal can only be verifed today at the earliest, said Datuk Seri Hishammuddin Hussein.

The acting Transport Minister said the claim by GeoResonance would be discussed by the MH370 Technical Committee which meets daily.

“At the earliest, we can only know on Wednesday,” he told reporters yesterday.

Later, in a statement, Hisham­muddin said Malaysian authorities needed to hear from more experts while Australia and China were also engaging their experts to verify the claim.

MH370: Australian exploration company believes it may have found plane

PETALING JAYA: An Australian exploration company has claimed that it has found the wreckage of missing Malaysia Airlines (MAS) flight MH370, six weeks after it left Kuala Lumpur International Airport for Beijing on March 8

Adelaide-based GeoResonance said on Monday that stated that it had begun its own search for the missing Boeing 777 March 10 and that it has detected possible wreckage in the Bay of Bengal, 5000km away from the current search location in the southern Indian Ocean off Perth.

GeoResonance’s search covered 2,000,000 square kilometres of the possible crash zone, using images obtained from satellites and aircraft, with company scientists focusing their efforts north of MH370’s last known location, using over 20 technologies to analyse the data including a nuclear reactor.

The next phase in the search for #MH370 will take months and cost about $56 million: http://cnn.it/1rEHqKD  pic.twitter.com/bdnwCQJXv1 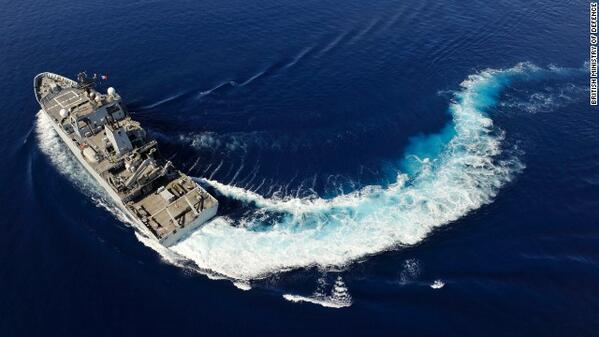 Three weeks ago, the mood among officials including Mr. Abbott couldn’t have been more different. After a prolonged period of false leads, Australia said sailors looking for Flight 370 had made an apparent breakthrough. Streams of signals, one of which lasted for more than two hours, were detected using a U.S. Navy underwater listening device. Hopes built of a quick end to the search, after analysis found the pings to be consistent with an aircraft’s “black box” locator beacons.

The failure of the initial underwater search to find any trace of the plane has left Australian officials with no fresh leads. The batteries on the plane’s “black-box” beacons are long dead. A lengthy and costly air-and-ship search of the ocean’s surface has dredged up only random flotsam, such as discarded fishing nets.