“The government regards animals and us as the same.” Meet Malaysia’s Orang Asli: http://aje.io/outofsight 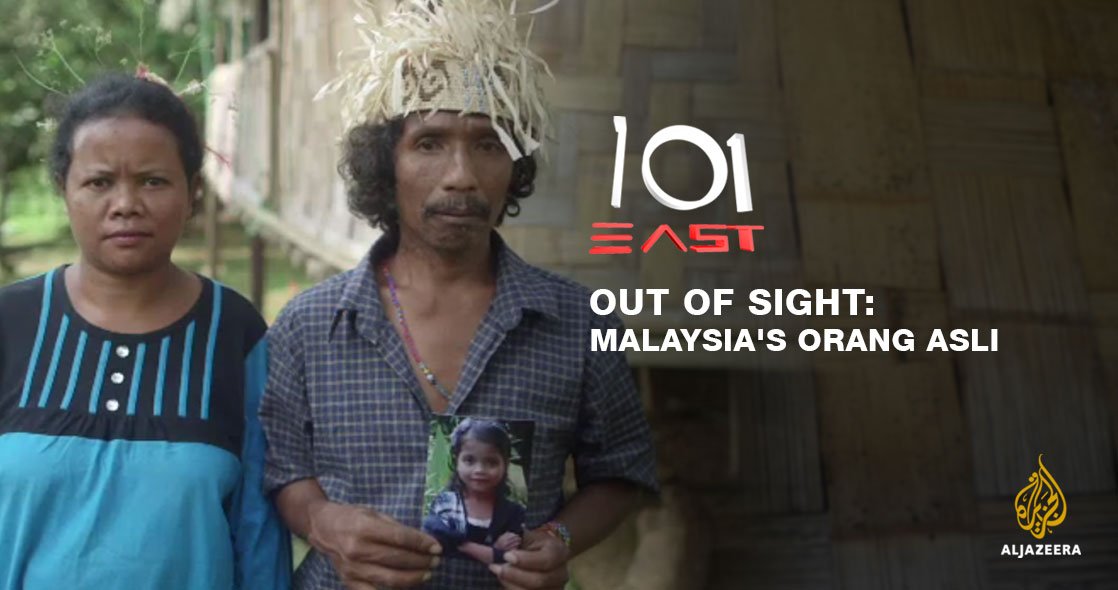 After almost 50 days only two were found alive in the jungle. Their friends had already died from injury and starvation.

The tragedy devastated the close-knit Orang Asli community and many families blamed the boarding school for their children’s deaths.

Allegations of mistreatment were levelled against teachers as the tribe galvanised to stand up against what they say is generations of neglect and abuse by authorities.

101 East enters the world of Malaysia’s indigenous Orang Asli tribe to learn about their decades-long struggle for survival.

Missing Orang Ali kids were within 1km of the school hostel!

Like Loading...
This entry was posted in Uncategorized and tagged 101 East - Out of Sight: Malaysia's Orang Asli, orang asli, SK Tohoi. Bookmark the permalink.