Pandikar is Ex Speaker of Parliament…

When is MACC going to investigate on the private road to the Pandikar's bungalow and how he can afford the bungalow based on his salary? https://t.co/rOa1adNAPy

“The total cost of building an alternative route to the official residence of the Dewan Rakyat Speaker on No 3, Jalan Tunku, Kuala Lumpur is RM1.4 million,” he said in a written parliamentary reply.

Fadillah said construction started on March 21 last year and was supposed to be completed nine days ago.

However, it is now delayed due to a reschedule in concrete pavement works, he said.

“Currently the progress at the site is only 72 per cent compared to the 92 per cent scheduled. The main factor for the delay is because of the concrete pavement works which had to be rescheduled.

“However the project delivery is expected to be completed according to the scheduled contract,” Fadillah added.

He was responding to DAP’s Serdang MP Ong Kian Meng who asked how much the government spent on the construction at Pandikar’s official residence.

Lim Lip Eng and Ong Kian Ming say the 100m road does not appear to warrant the RM1.4 million price tag, and that a bungalow can be built in KL for the same amount.
.

They wanted to see for themselves the upgraded alternative road to his residence, which the works ministry said had cost RM1.4 million.

Segambut MP Lim Lip Eng said he and Serdang MP Ong Kian Ming had gone there to inspect the work and determine if it was really worth RM1.4 million.

“When we approached the guard house, we noticed someone taking pictures and videos of us using his handphone. So we greeted him, and he said he was a family member of Pandikar’s.

“We asked if we could come in to inspect the compound of the residence, but he said we could not because Pandikar wasn’t home. We then asked him to show us the 100 metres of road that cost RM1.4 million.

“He showed us the front entrance and said it went on until the back entrance. We also asked about the security systems but he wouldn’t comment,” Lim said when contacted.

But Lim said the amount allocated for the project was too high. Even with the expensive land prices in Kuala Lumpur, a bungalow could be built with the same amount of money, he said.
.

When they inspected the “private road”, Lim said they noticed there were four other houses along the two-way road. It was also lined with Tenaga Nasional lamp posts.

“I don’t think TNB would build so many lamp posts on a private road.”

The MPs are asking that the relevant authorities, including the works ministry, explain this, and also address Pandikar’s claim that he was not involved in the project.

That’s really one of the best things to come out of GE14. 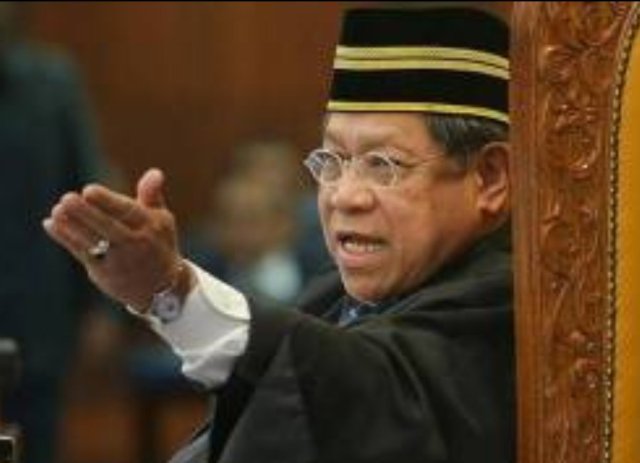 How about the Honourable Pandikar Amin Mulia?

I read it in my mind in TS Pandikar Amin punya suara kahkah. Cc @ikhmlamr

PANDIKAR WON’T RESIGN AFTER ALL. Sigh…

Pandikar defended his ruling, saying he allowed the live debate between Pua and Arul, but only upon the release of the report produced by PAC’s probe on 1MDB.

“I did not stop the debate from taking place. I said the debate (should be done) after the PAC report tables to the House.

“I was informed that the decision will be made in this (Parliament) session,” he said.

Meanwhile, Pandikar explained the gag order imposed upon Pua was only restricted to the contents of the PAC’s probe.

Pandikar: Ruling made as gov’t wanted debate to go on

Dewan Rakyat Speaker says he got involved in debate issue because it was within his power to do so.

KUALA LUMPUR: Speaker of the Dewan Rakyat Pandikar Amin Mulia yesterday explained that the ruling concerning the public debate between Tony Pua and Arul Kandasamy on the issue of 1Malaysia Development Berhad (1MDB) was made after seeing the seriousness of both parties, as well as the government, to make it happen.

“I see that the government has made a statement that they are willing to facilitate the debate, which means that it is imminent that the debate will happen,” he said at the Speaker-meets-media editors event here last night.

Pandikar Amin said if he allowed the debate to go ahead, then it would be unnecessary for any committees, particularly the Public Accounts Committee (PAC), to convene meetings and investigate the allegations concerning the government’s strategic investment company.

He also stressed that the 1MDB issue should not be debated in public, but be solved using the right channels and via the PAC investigation, which was ongoing.

“Why should there be a debate while the matter was being investigated? I’m not against any debate, but wouldn’t it (debate) affect the results of the PAC investigation?

“If the statements are made by the PAC, then go ahead and debate. But the question now is whether the debate will solve the problems? The answer is no…then why not go through the (investigation) process first,” he asked.

Pandikar told the Dewan Rakyat today that the debate will compromise investigations into the 1MDB issue as Pua is a Public Accounts Committee (PAC) member while Arul Kanda is a key witness in the probe.

“Pua is in the PAC, and Arul Kanda is an important witness… this will compromise the credibility of the probe and also raises the issue of subjudice,” said Pandikar adding that if they want to proceed with the debate:-

>> Pua must recuse himself from any investigation on 1MDB; and

>> Arul Kanda must recuse himself as a witness before the PAC.
…

The conditions set by Pandikar were not received well by the opposition lawmakers who demanded further explanations from him.

Anthony Loke (DAP – Seremban) asked if there had been any discussion between the Speaker and the government that had resulted in the decision, but Pandikar denied this.

“The role of the executive is to govern the country, while mine is to ensure that the Standing order are adhered to,” Pandikar said.

“If I allow for the debate to take place, it will mean the debate is more important than the PAC.

If I allow it, then the PAC might as well be non-existent,” he added.

And to show his seriousness about the issue, Pandikar issued an ultimatum, saying that if both parties insist on having the debate, he does not want to get involved with it and will resign from his position as Speaker. 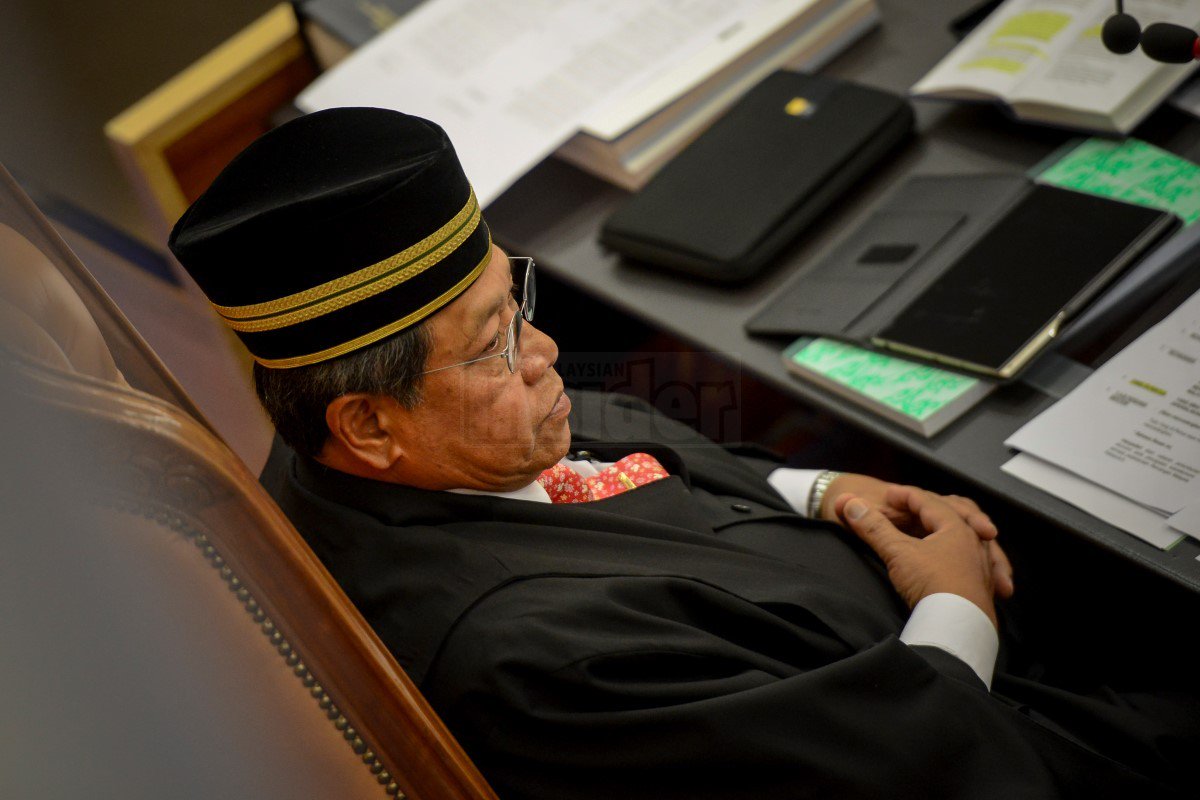 Pandikar said the debate could not be allowed unless Pua quit as a member of Parliament’s Public Accounts Committee (PAC), as the latter’s involvement could prejudice its probe into 1MDB.

“If the government has an agenda to continue the debate, I will not involve myself in this matter,” he said in the Dewan Rakyat today. 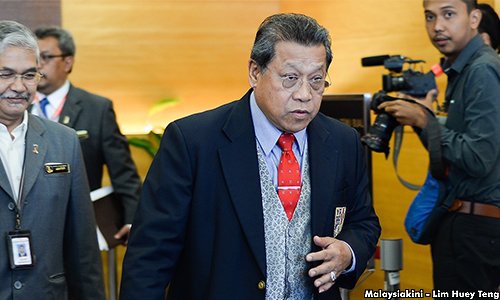 PARLIAMENT Dewan Rakyat speaker Pandikar Amin Mulia has threatened to resign if the conditions he set for the 1MDB debate are ignored.

The speaker wants DAP lawmaker Tony Pua to quit the Public Accounts Committee (PAC) or abstain from the investigation into 1MDB if he wanted to debate 1MDB president Arul Kanda Kandasamy.

1 Response to Pandikar is Ex Speaker of Parliament…