Fumbling Ex Malacca Chief Minister is charged with sedition. We have not forgotten who this man is.

Former CM charged with sedition over FB post on prince

Abdul Rahim, who was charged under Section 4 (1) (c) of the Act at the Shah Slam Sessions Court pleaded not guilty and claimed trial.

He also pleaded not guilty to an alternative charge under Section 233 (1) (a) of the Communication and Multimedia Act 1998. 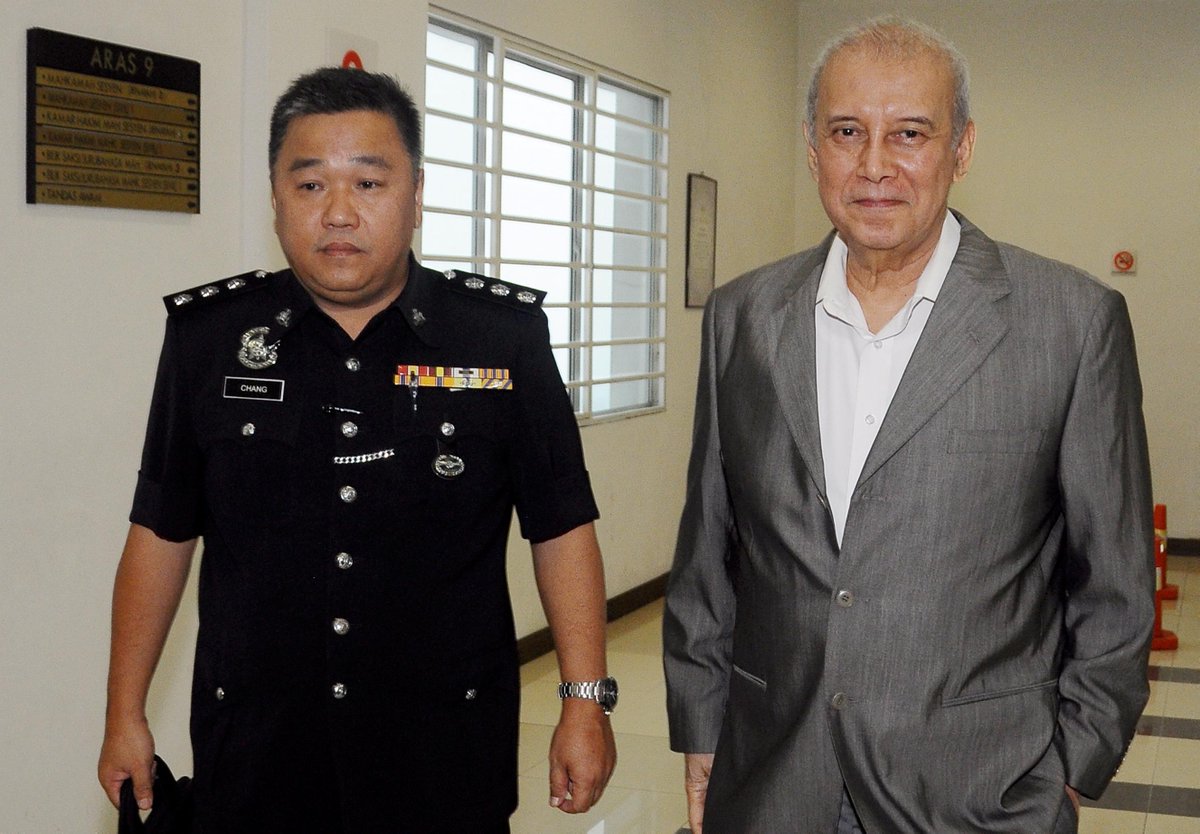 Ex-Malacca CM apologises for the 3rd time, admits that his royal conversion claim is unsubstantiated. Will the Selangor Palace accept Rahim’s apologies?

Was he trying to stir up trouble for Christians?

Tan Sri Abdul Rahim Thamby Chik is the Chairman of the Rubber Industry Smallholders Development Authority (RISDA), and is a former vice-president of the United Malays National Organisation.

In 1994 Rahim was charged with statutory rape of a minor; however, the public prosecutor later withdrew the charge citing lack of evidence.

Lim Guan Eng was arrested by the Malaysian police in 1994, following his criticism of the government’s failure to bring then-Chief Minister of Malacca, Tan Sri Abdul Rahim Tamby Chik’s statutory rape case to trial when the Attorney General had decided not to press charges. After a series of appeals, Lim was sentenced to 18 months imprisonment. He was, however, released after 12 months on 25 August 1999. 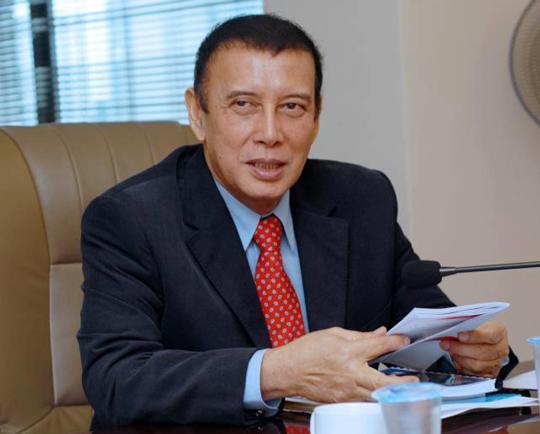 “After reading the statement issued by Tan Sri Rahim Thamby Chik, the Selangor royal council feels and summarises that the statement is seditious in nature and has elements of slander which can cause hatred among the Muslims towards the crown prince and the Sultan of Selangor,” Hanafisah said in a statement today.
…

Hanafisah said Rahim’s actions were done deliberately with dishonest intention to question the faith of the crown prince as a Muslim.

He said as a result of Rahim’s posting, there were many responses and comments by the public, especially among Muslims who showed that they were angry and upset with the crown prince and the Selangor sultan.

PETALING JAYA: Former Malacca chief minister Tan Sri Rahim Thamby Chik has made his third public apology in four days over an outrageous claim that the Selangor Crown Prince had converted to the Catholic faith.

The latest apology from Rahim, now retired from politics, was posted on his Facebook page at about 6pm yesterday.

It was a Bahasa Malaysia version of his earlier apology, which had been uploaded on Facebook in English on Monday.

The conversion story linking Tengku Amir Shah to a Hispanic beauty was one of those ludicrous and far-fetched type of claims common on the Internet and was dismissed by the Selangor Palace when it first surfaced in July last year.

A Malay daily had rubbished the report then in a front-page story.

But Rahim’s embarrassing fiasco caused a stir due to his famous name. He had even claimed that a meeting with the Pope was in the works.
…

Two police reports have been made on the matter – one by the Sultan’s private secretary Datuk Mohamed Munir Bani and another by the Crown Prince’s private se­­cretary Hanafisah Jais.

The police have since interviewed several people regarding possible motives for the publication of the false news.

Rahim further admitted that the source of the claim was from an unsubstantiated website.

“With regards to my posts on Twitter and Facebook regarding DYTM Raja Muda Selangor converting to Catholicism, I admit that it came from an unsubstantiated website.

“I sincerely apologise for any inconvenience and distress it may have caused DYMM Sultan of Selangor, DYTM Raja Muda Selangor and the Selangor Palace,” the retired politician was quoted as writing on his Facebook page yesterday by The Star Online.

According to The Star Online, Rahim’s apology is the third over four days, and is a Malay translation of his Monday apology on Facebook.

The news portal said the Selangor Palace had already brushed off the claim when it first appeared online, while a Malay-language newspaper was also said to have published an article on its front page then to reject the claim. 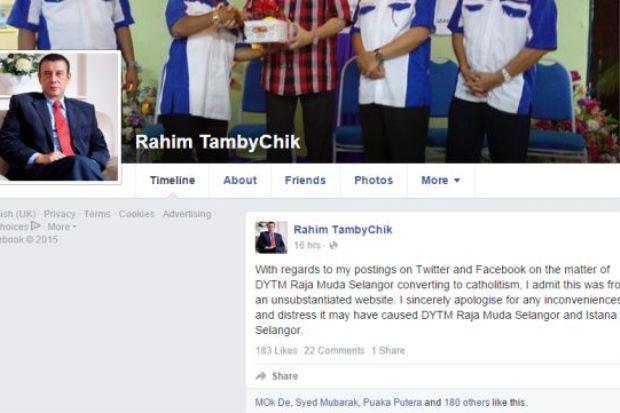 2 Responses to Fumbling Ex Malacca Chief Minister is charged with sedition. We have not forgotten who this man is.