The Star ‏@staronline 41m41 minutes ago 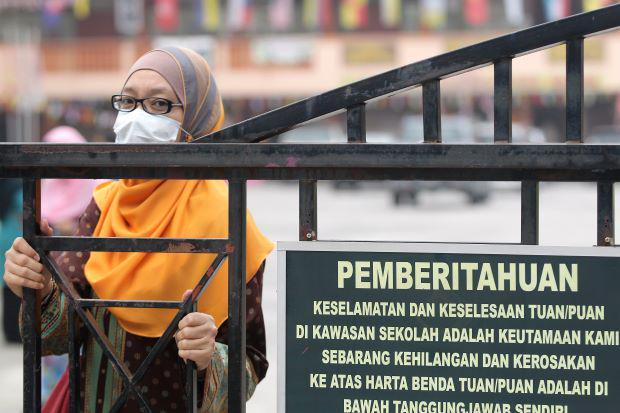 PETALING JAYA: All schools nationwide will open Thursday, including those in Johor that were closed for the past two days, says the Education Ministry. 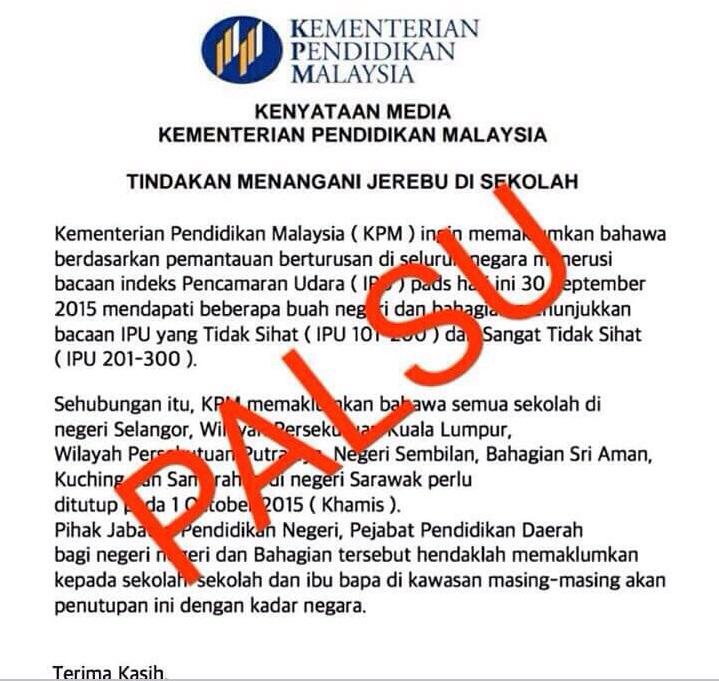 Deputy Education Minister P Kamalanathan today denied that the Education Ministry had issued a statement that schools in several states will be closed tomorrow (Thursday) due to the haze.

He said the media statement spread on social media was false.

“Please take note, the media statement is false,” he said on his Facebook which also had an uploaded the image of the false statement.

The false statement had stated that all schools in Selangor, Kuala Lumpur, Negri Sembilan and the Sri Aman, Kuching and Samarahan divisions in Sarawak would be closed tomorrow ( Oct 1)) due to unhealthy Air Pollutants Index (API) readings.

The false statement had caused much confusion among the public.