#TyphoonSoudelor: After Taiwan, it hit China!

Posted on August 8, 2015 by weehingthong

Typhoon Soudelor – which hit Taiwan in the early hours of Saturday, uprooted trees, brought down electricity poles and knocked out power to 4.3 million households, leaving eight dead and four missing.

“On Sunday alone, we estimated that around 4,000 people came. We’ve had to send three people over every day to help maintain order and traffic.” 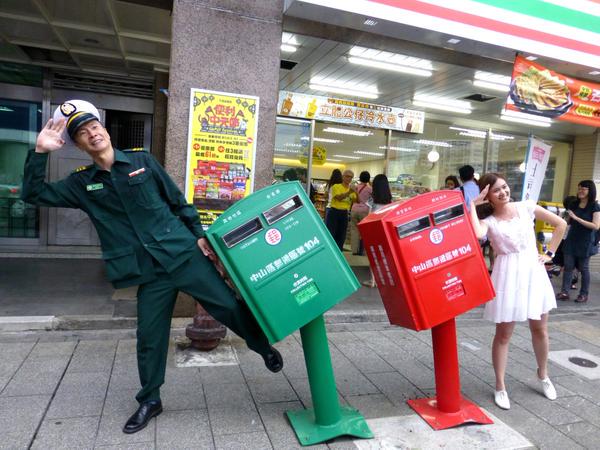 TAIPEI (AFP) – A pair of Taipei postboxes battered by the deadly Typhoon Soudelor over the weekend have become an unlikely attraction, drawing thousands of visitors and even serving as the backdrop to a wedding photo shoot.

The two iron mailboxes, one green and the other red, were bent out of shape by a billboard ripped from a nearby building by strong winds, and now stand as if leaning to the right.

“The mailboxes drew thousands of visitors the past three days,” said Tu Li-teng, an official from Chunghwa Post Co, which owns the boxes. 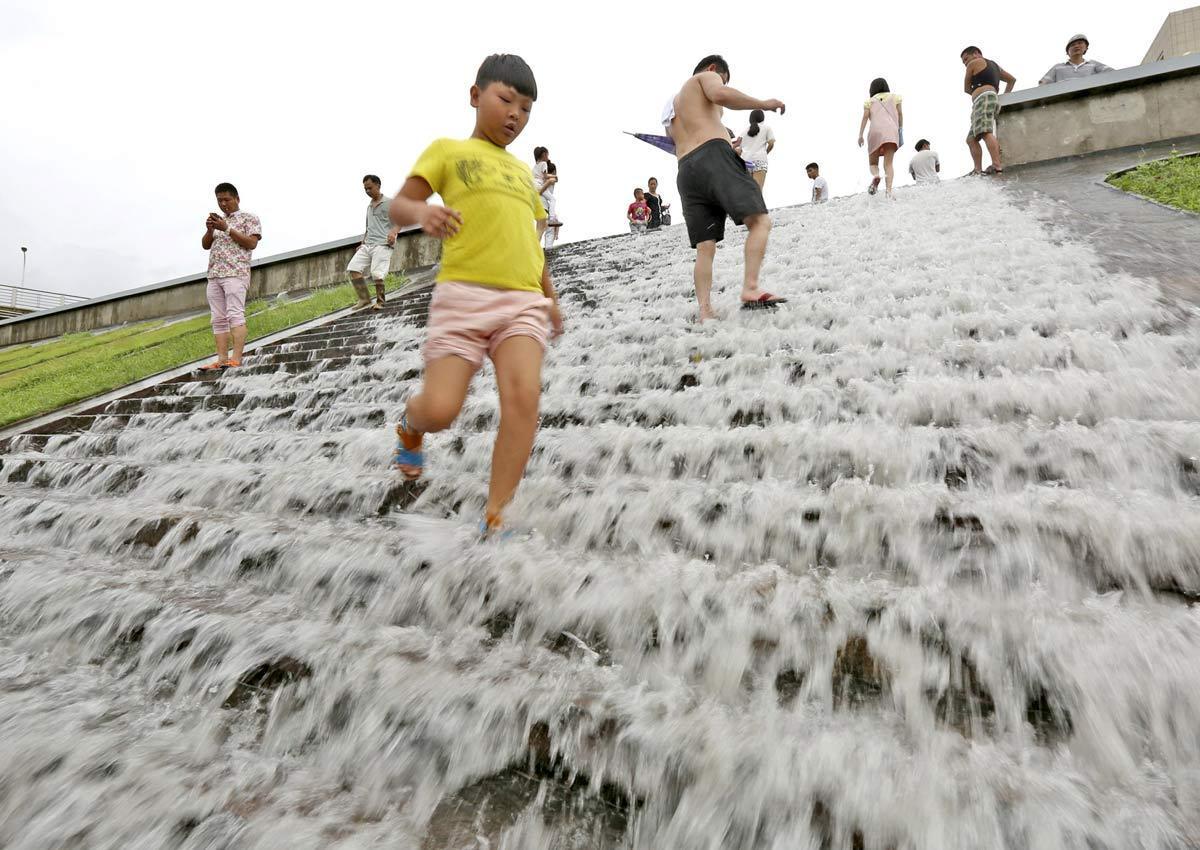 Typhoon Soudelor ripped through Taiwan over the weekend, leaving millions of people with muddy water coming out of their faucets. In addition, around 420,000 households faced water outages. As of yesterday, approximately 20,000 households are still left with no water.

Many people have seen yellow and brownish-coloured tap water that smelled like soil after the typhoon swept through Taiwan. The water murkiness level for Xindian River reached as high as 39,000 NTU (Nephelometric Turbidity Unit).

Many residents have been afraid to take baths and using the water for drinking or cooking. People have turned to mineral water, causing many stores throughout Taipei to sell out of bottled water. Consumers who have attempted to purchase bottles of mineral water from convenience stores or supermarkets like Carrefour or Wellcome over the weekend were likely to leave the store empty-handed before yesterday. 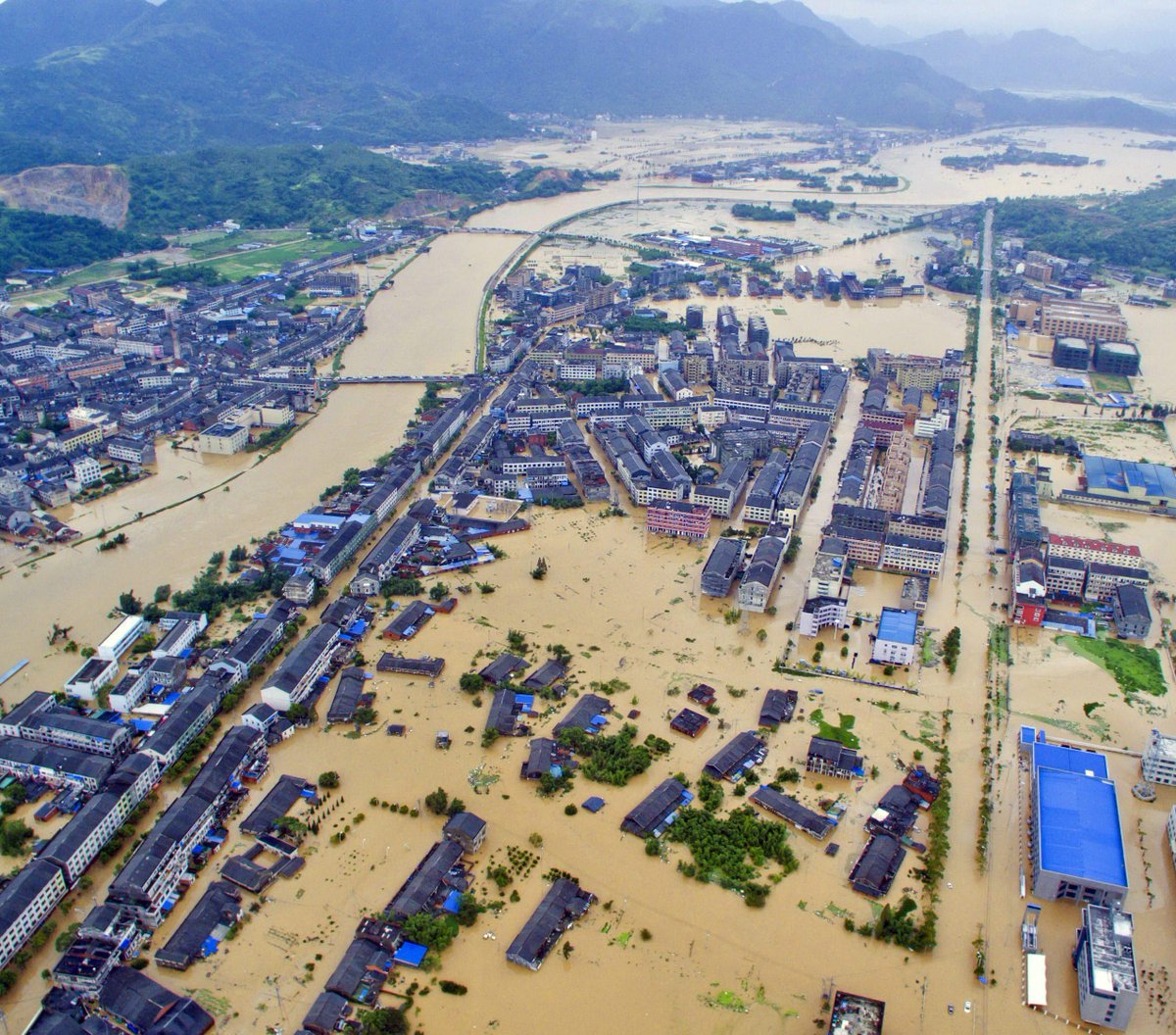 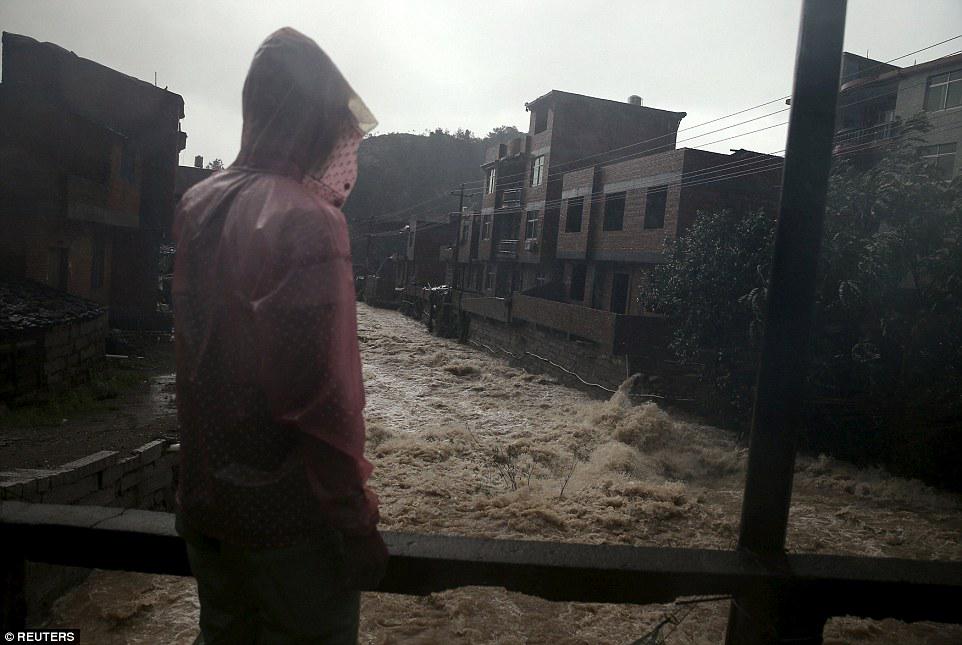 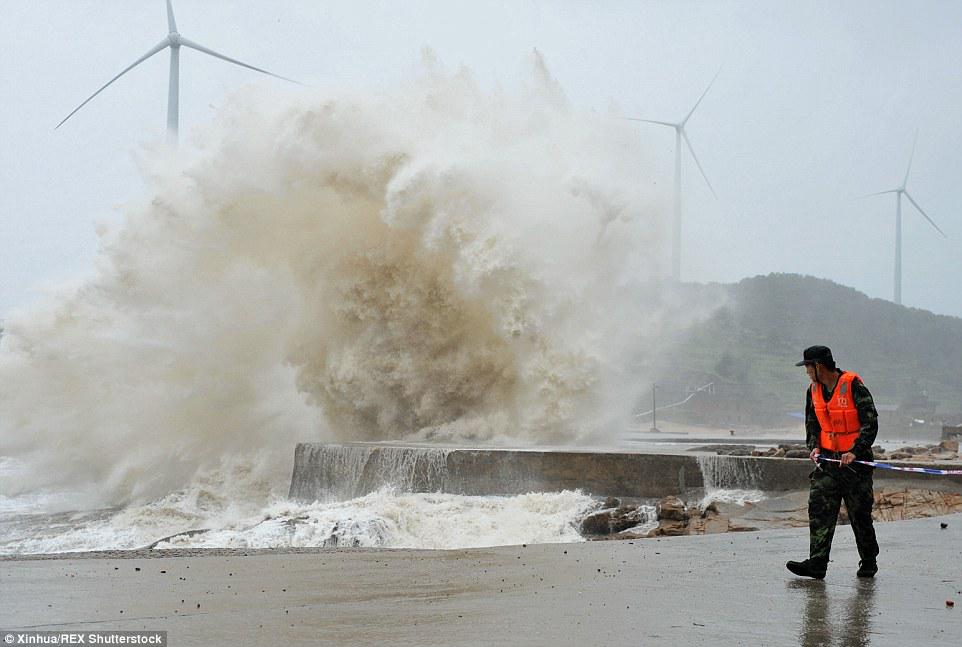 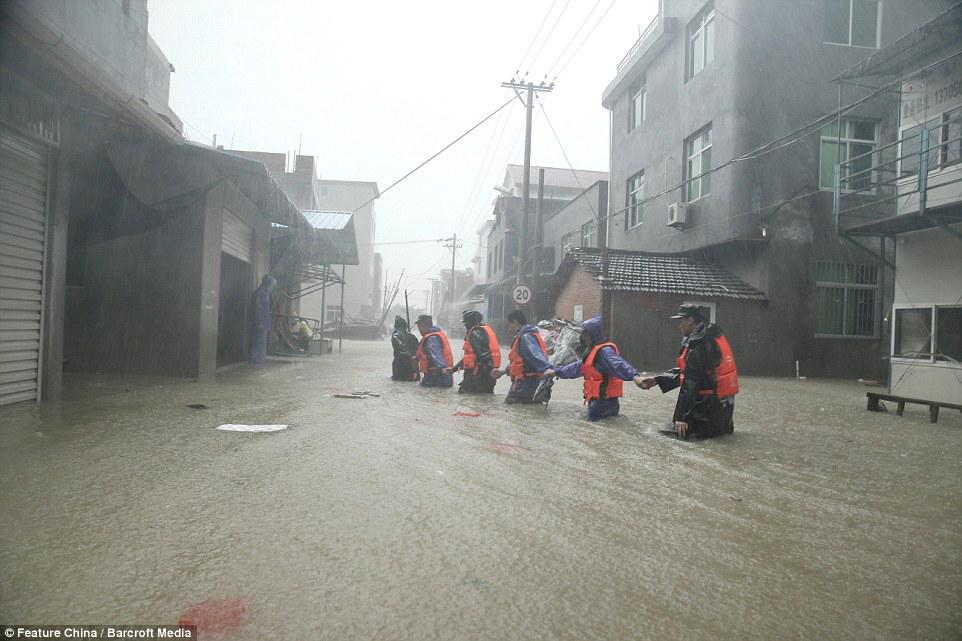 BEIJING: Typhoon Soudelor killed 12 people in eastern China and five are missing after parts of the country were hit by the heaviest rains in a century, state media reported on Sunday.

The casualties were reported in and around Wenzhou city in the province of Zhejiang, where downpours caused mudslides and several houses collapsed on Saturday night, Xinhua news agency reported.

It quoted local disaster relief officials as saying the dead and missing may have been washed away by floods or buried under ruined homes.

About 1.36 million people in the city were affected by the typhoon, the agency said, estimating direct economic losses at $617 million.

About 158,000 people have been evacuated as SE China is bracing for #Typhoon #Soudelor http://xhne.ws/BQ7et 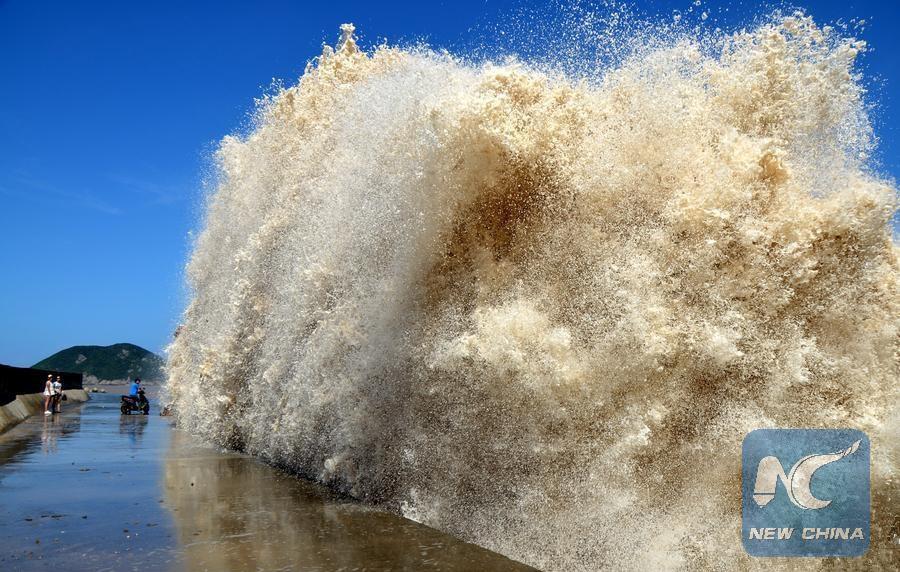 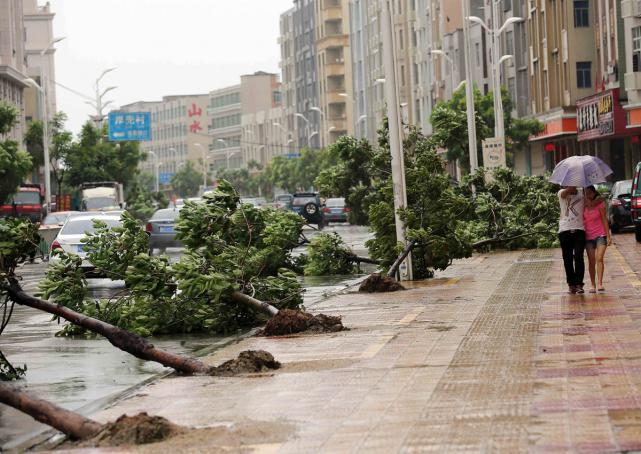 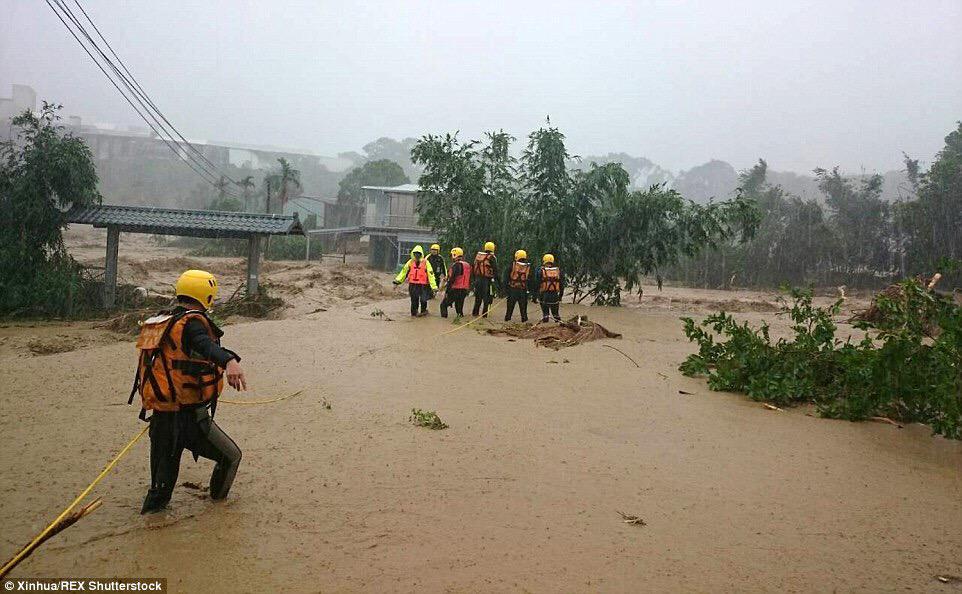 @walkthedogma Yea seems it is on the way to mainland China too now. https://www.hongkongfp.com/2015/08/08/powerful-storm-batters-taiwan-leaving-four-dead-and-millions-without-power/ …

Typhoon Soudelor, this year’s strongest storm so far, has made landfall in Taiwan. http://cnn.it/1KUvgap 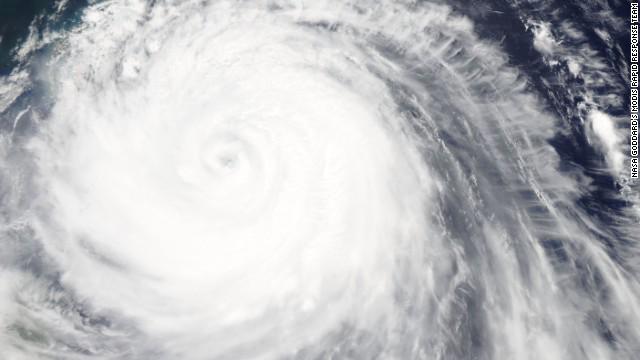 #Typhoon #Soudelor has killed 6 in #Taiwan and left millions without power. http://nyti.ms/1eZEhnb 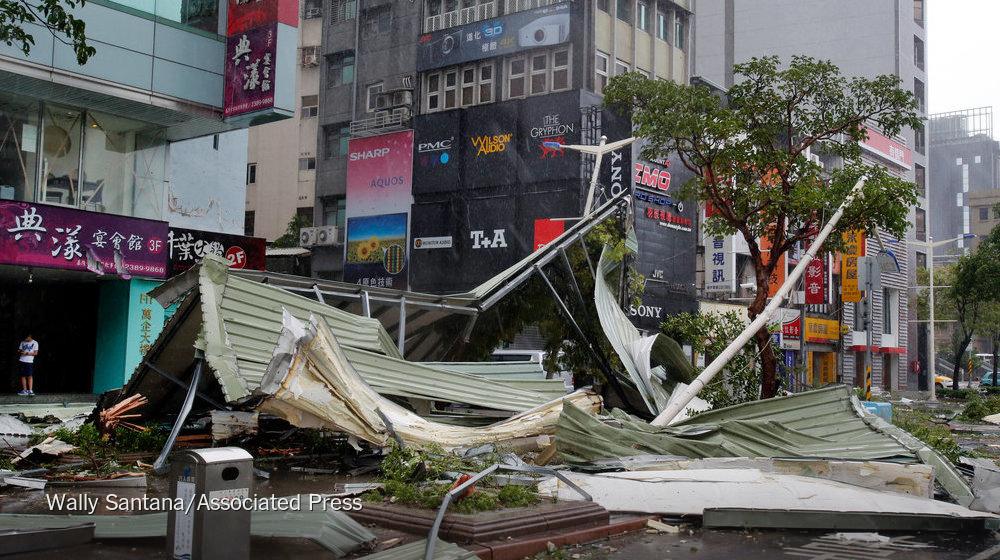 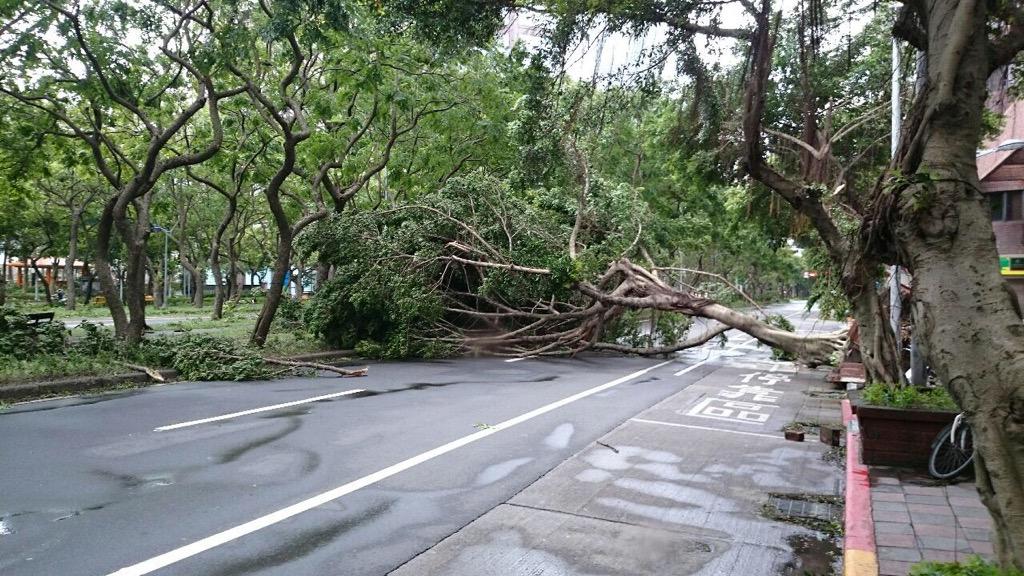 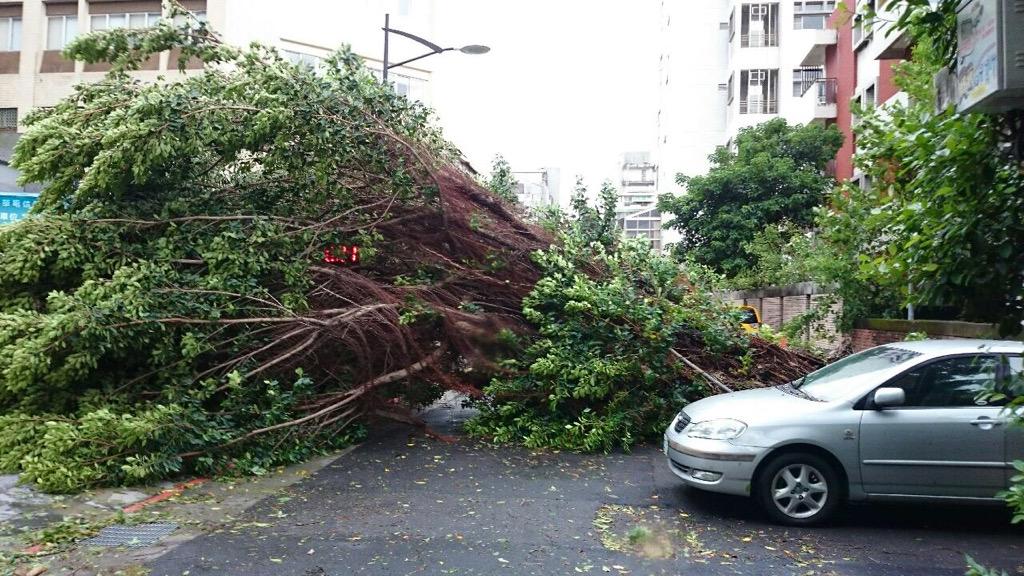 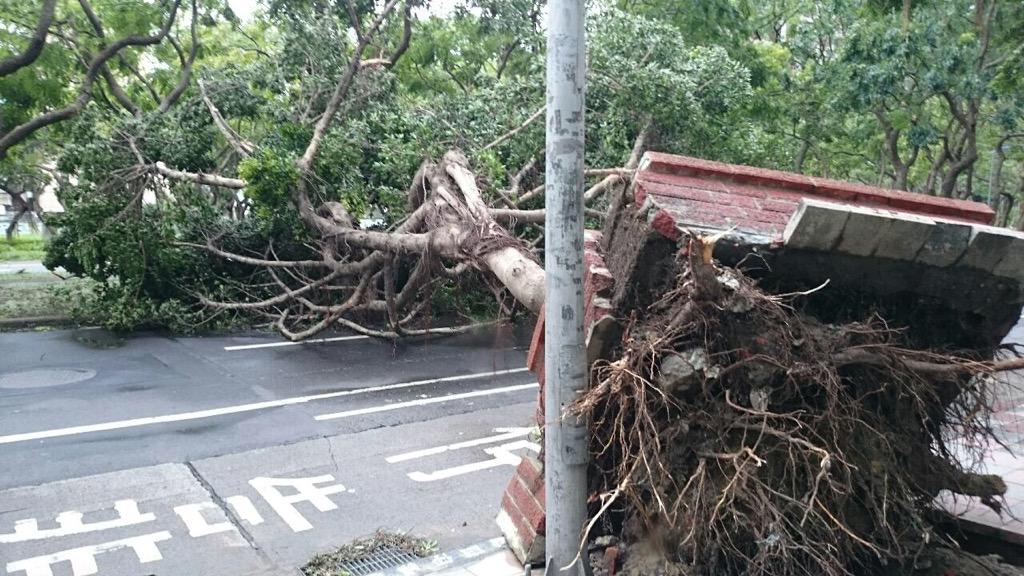 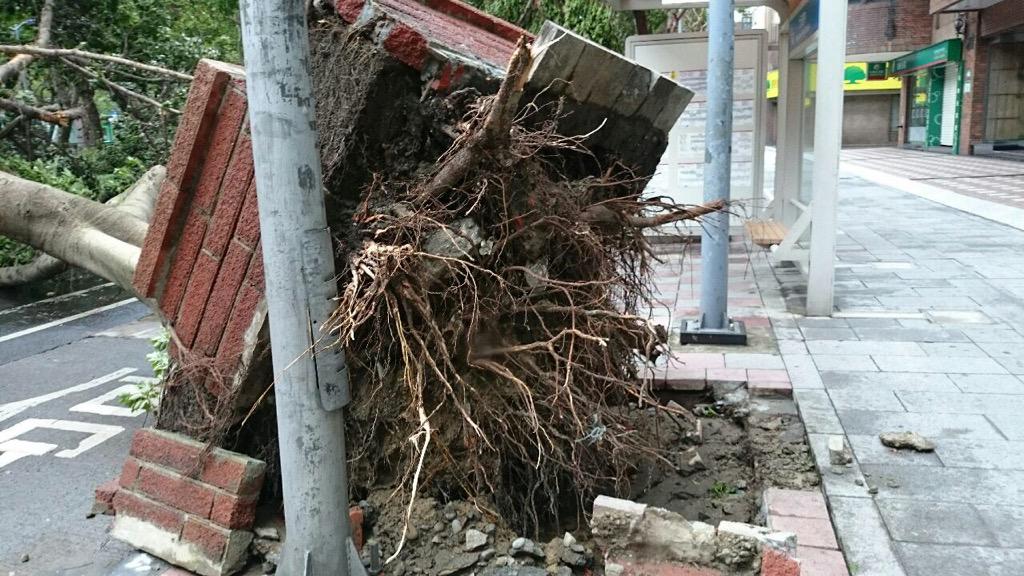 A powerful typhoon battered Taiwan on Saturday with strong wind and torrential rain, cutting power to 3.62 million households as the death toll rose to six.

Four people were missing and 101 were injured, authorities said. Hundreds of flights were delayed or cancelled and more than 9,900 people were evacuated from their homes.

Television footage trees uprooted and power poles toppled over, a moped being swept into the air by wind and shipping containers piled on top of each other at a port.

“The storm will weaken but we expect more rain, particularly in southern Taiwan,” said Wang Shih-chien, an official with the island’s Central Weather Bureau.

The storm made landfall early on the island’s east-coast counties of Yilan and Hualien, bringing more than 1,000 mm (39 inches) of rain in mountainous areas and wind gusting up to 200 kph (124 mph).

Although the eye of Typhoon Soudelor passed Taiwan, and was heading towards mainland China, rain was expected to lash the island until Sunday morning.

“This is one of the worst typhoons I have ever seen,” said a sewage station engineer surnamed Jiang, who was inspecting pumping stations early on Saturday in eastern Taiwan.

“My car was shaking when I was driving. There are too many trees down, and I even saw six downed power poles.” 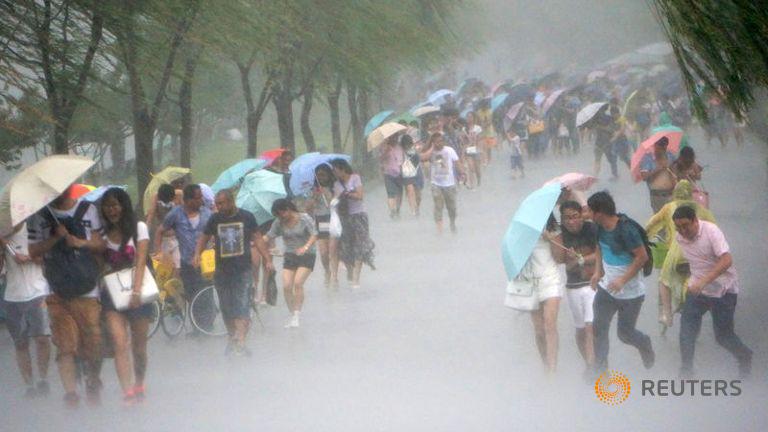 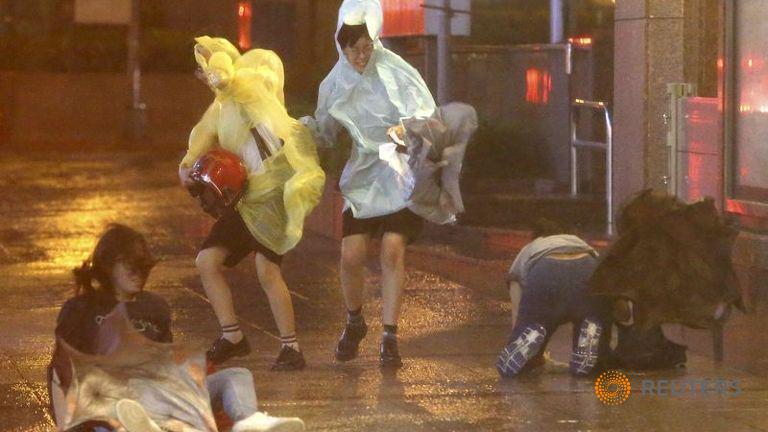