BATU KAWAN, PENANG – Yes, Penangites racked up another record on Saturday night, with more than 150,000 packing the Batu Kawan stadium and its vicinity to hear their favorite politicians speak.

“It took me 2 hours just to get here. But you make us proud. We have created a new record and this shows Penang is with the Pakatan Rakyat,” Guan Eng said to thunderous applause, adding that the massive traffic jam he had been caught in had stretched some 9km to the Bukit Tambun toll exit.

The sheer size of the crowd led Tze Tzin to warn the Election Commission, which has announced it would be gazetting the results of the 13th general elections this month despite the widespread public complaints, not to take Malaysians for granted.
……….

The 64-year-old Anwar, who had spent the afternoon at a meeting in nearby Bukit Mertajam, was more fortunate. The opposition leader and his wife – PKR president Wan Azizah – took the organizers by surprise when they arrived around 8.30pm or about half an hour before the 9pm start.

“At Kelana Jaya, I had to take a motorbike and then jog, take a bike and jog to finally reach the stadium. So I decided to come early today,” Anwar later told the crowd when he made his speech.

The sleepy town of Batu Kawan, tucked away in the southern corridor of Penang, came alive last night when thousands, dressed in black, made their way to the stadium for the second leg of Pakatan Rakyat’s Black 505 rally.

It’s happening at the Penang National Stadium in Batu Kawan. 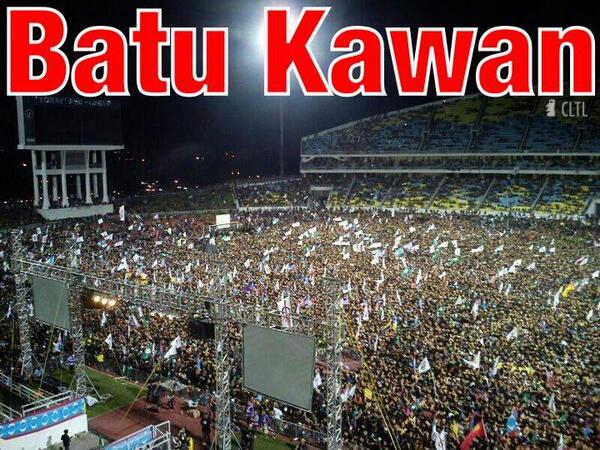 Utusan will never publish this! 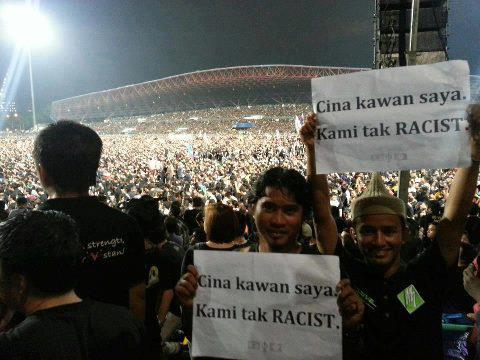 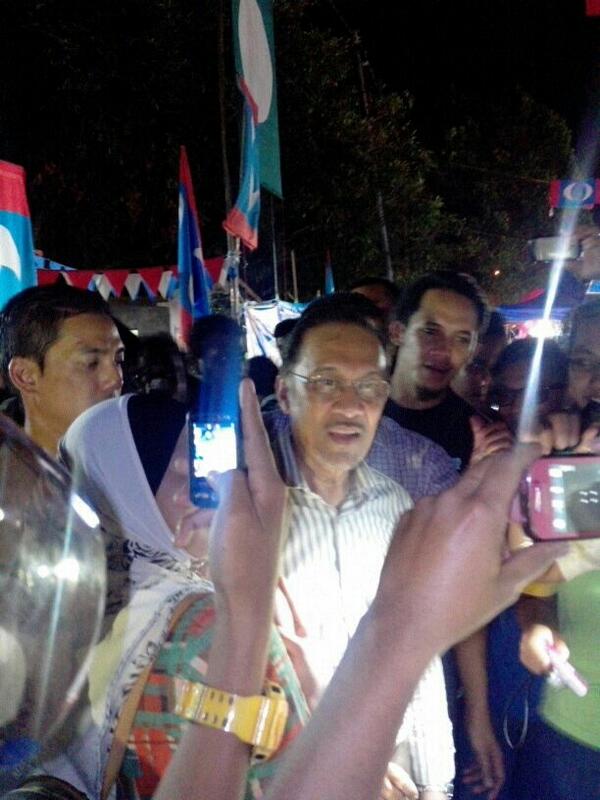 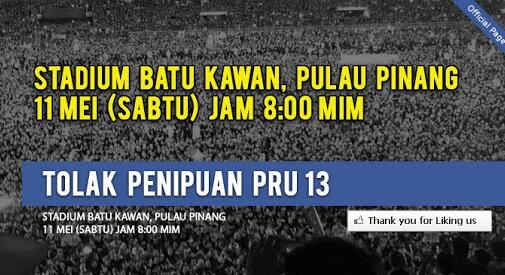 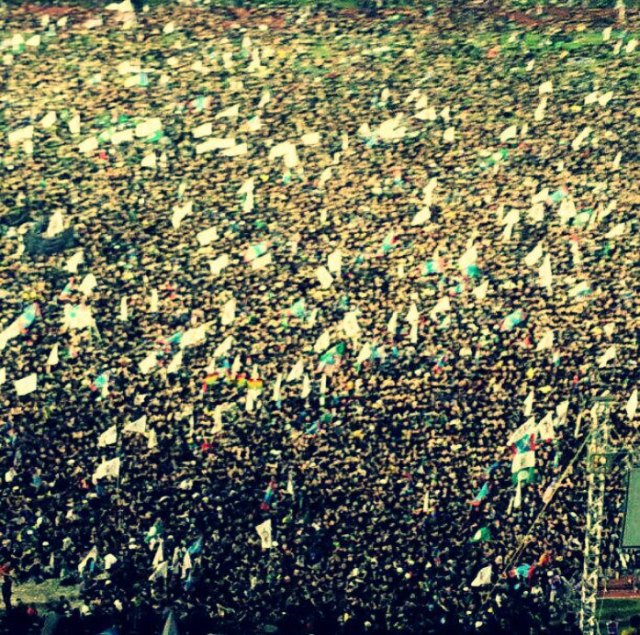 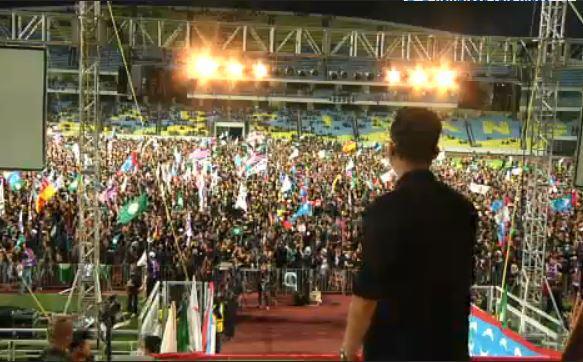 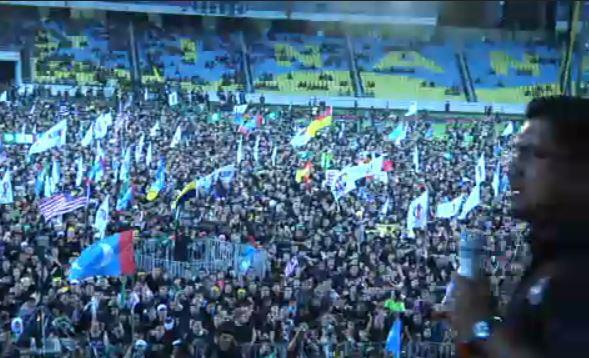 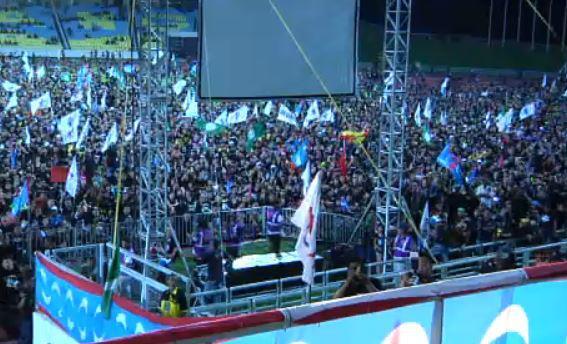 Most of them, dressed in black, had to park their cars from as far as the Bukit Tambun toll plaza six kilometres away due to the traffic congestion.

PKR de facto chief Datuk Seri Anwar Ibrahim  arrived in the stadium before 8.30pm to avoid the gridlock around the stadium.

At 9pm, the 40,000 capacity stadium was half full with most of the crowd on the football pitch.

Many of them were young and waved giant flags belonging to the three PR parties, PAS, PKR and DAP. 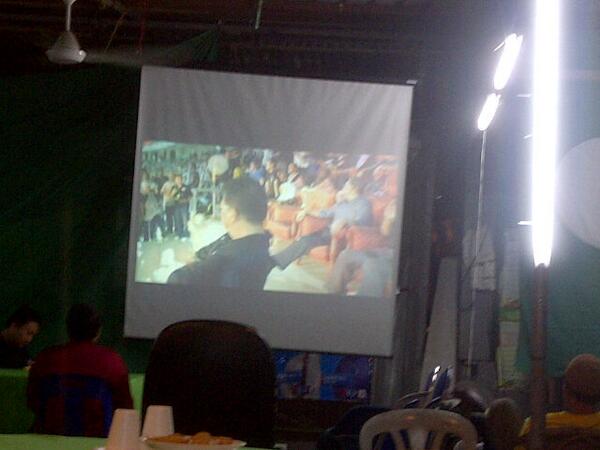 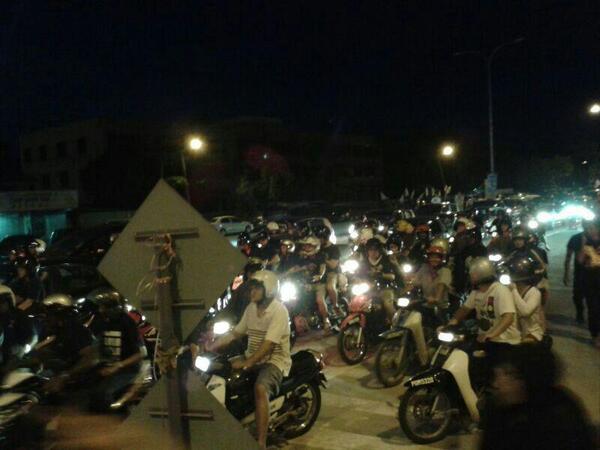 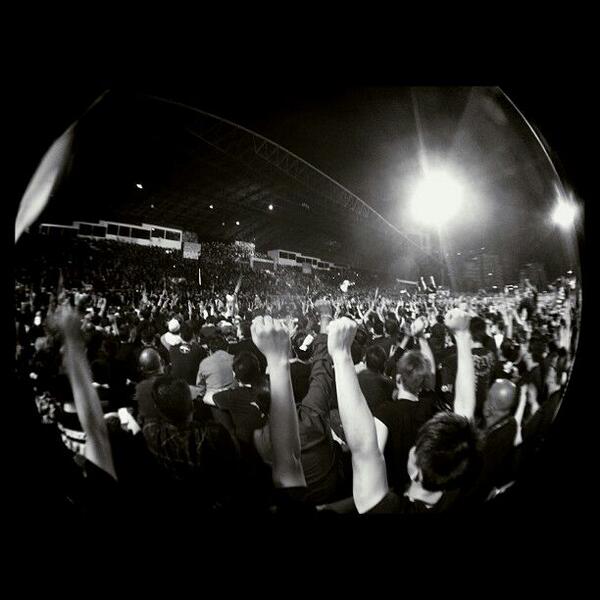 Very moved to see so many black-shirt young people walking in the rain along LDP towards KJ Stadium. #black505 pic.twitter.com/v68QRsJNdV 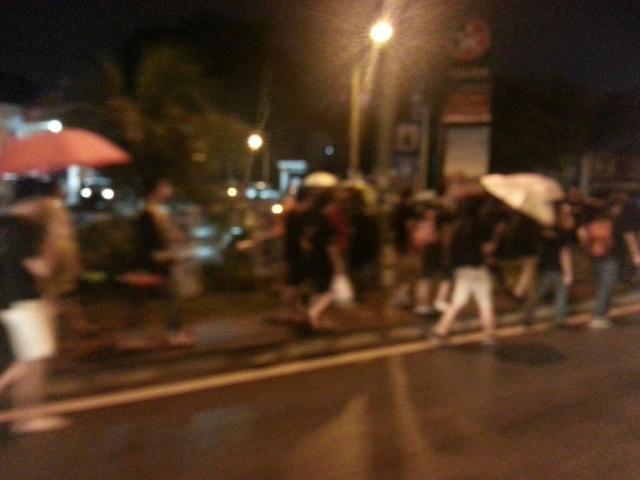 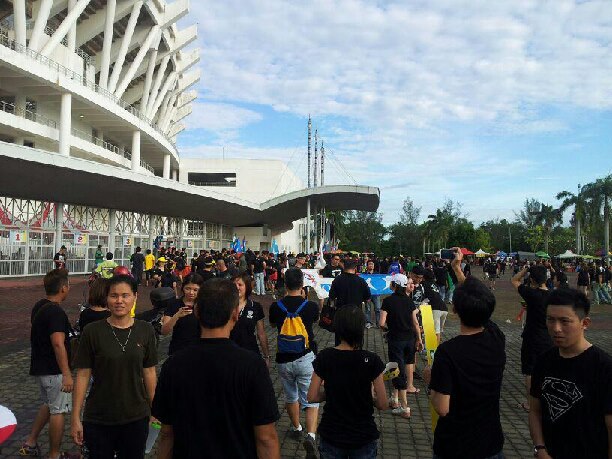