Celebration! Four Orang Asli acquitted by Court is a Time of Joy!

Orang Asli have always backed the ruling Barisan Nasional, but an Orang Asli leader claims it will be different this time around. 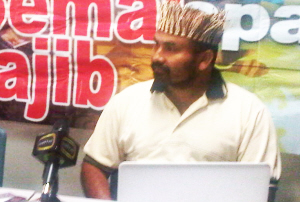 PETALING JAYA: There is a change in the mindset of Orang Asli and this time they are unlikely to go for Barisan Nasional, according to Safie Dris, the head of the Kampung Panderas commercial plantation committee in Pahang.

Safie, an Orang Asli himself, claimed that the 180,000 Orang Asli population in Malaysia had changed their mindset towards the ruling coalition as they have not seen any improvement to their livelihood by voting BN for the last 55 years.

“The Orang Asli are not like before and the mood is for Pakatan Rakyat (the opposition coalition made up of PAS, PKR and DAP).

“There will be huge changes amongst the Orang Asli voters in the coming GE as their mindset has changed and they are looking forward for something new,” he said.

“We are no longer like before, just to be given the basics and asked to vote… our people are now educated and exposed to the happenings around us. Even the land that has been allocated for us has been grabbed, new schemes are being introduced but it does not benefit the Orang Asli,” he told FMT in an interview.

Shafie also hit out at the AKUJANJI programme introduced by the government for the Orang Asli, which requires them to surrender ancestral land to the Orang Asli Development Department (Jakoa) for further development.

The Pahang Orang Asli chapter has objected to this but the programme still continues.

The leader of the Indigenous Village Network condemns the unauthorised use of her picture.

PETALING JAYA: An Orang Asli leader has expressed outrage over the use of her picture on Barisan Nasional banners, calling it “dirty politics”. 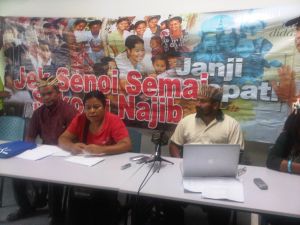 Tijah Chopil, who leads the Indigenous Village Network, told a press conference today that she did not support any side in the election and was upset that BN had used a photograph of her posing with members of her community without her knowledge.

She condemned the action as irresponsible and urged contending parties to give up “dirty politics”.

“I will be viewed by my people as campaigning for political parties when I do not support any particular political campaign,” she said.

“I urge Najib, the caretaker prime minister, to remove the banners displayed in the native settlements or I will remove them myself.

“If BN has done so much for natives, why do they resort to something such as this?”
……….

She said it troubled her that members of her community thought she was a BN supporter whereas she did not favour any side contesting in the May 5 general election.

The offending banner, which claims that the Senoi tribal community supports Najib Tun Razak, have been spotted in Kelantan, Pahang and Perak.

Tijah said her people were confused by it and many had asked her to clarify matters.

The Barisan Nasional’s Chenderiang state seat candidate said the 30-minute journey to the villages had become a norm for him over the last five years.

Dr Mah, 48, had a quick lunch, followed by meetings with tok batin (village heads) and more visits to other villages.

There are 44 orang asli villages in Chenderiang and the residents comprise some 20% of the constituency’s 21,801 voters.

To overcome the stress and “heatiness” which the Chinese believe come from lack of sleep, Dr Mah takes a herbal drink specially prepared by his wife Datin Lim Soo Lee before he leaves the house every morning.

1 Among the Orang Asli touted to be fielded are lawyer-activist Amani Williams-Hunt @ Bah Tony for the Tapah parliamentary seat.

2 The emergence of more Orang Asli candidates is expected to bring the communities’ issues such as native land rights to the forefront in the coming GE set for May 5.

Orang Asli to take on BN big guns in GE13

The Orang Asli community, long considered BN’s vote bank ‘fixed deposits’ for their loyalty to the ruling party, is expected to field candidates against BN big guns in the coming general election.

Among the Orang Asli touted to be fielded are lawyer-activist Amani Williams-Hunt @ Bah Tony for the Tapah parliamentary seat.

Simpan, who had served twice as Department of Orang Asli Development (JKOA) officer, said he may contest in Rompin to capitalise on the 14,000 Orang Asli voters in the constituency.

However, the final decision on Rompin will only be decided at a meeting among 28 tok batin (community representatives) from the area next week, just days before nominations close on April 20, he said.

Orang Asli to take on BN big guns in GE13

From Celebration! Four Orang Asli acquitted by Court is a Time of Joy!

*Learn more about Bah Tony, defender of the Orang Asli, their champion!

PAKATAN RAKYAT has suffered a setback in its bid to regain Perak. One of its rising stars, Bah Tony, has quit the DAP. The 58-year-old orang asli activist lawyer …

Bah, whose real name is Amani William-Hunt Abdullah, was seen as the best candidate to challenge MCA’s Datuk Dr Mah Hang Soon in Chenderiang, which has Perak’s largest number of orang asli voters.

… setback in its bid to regain Perak. One of its rising stars, Bah Tony, has … still a matter of speculation although party insiders tell The Malay Mail it is because Bah … 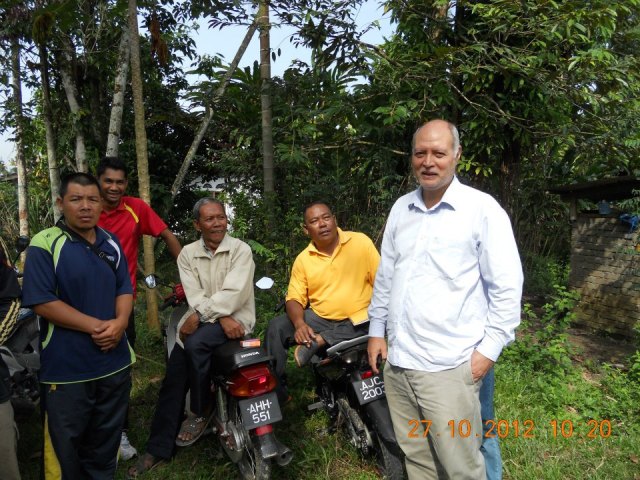 2 Responses to The Orang Asli at GE 13