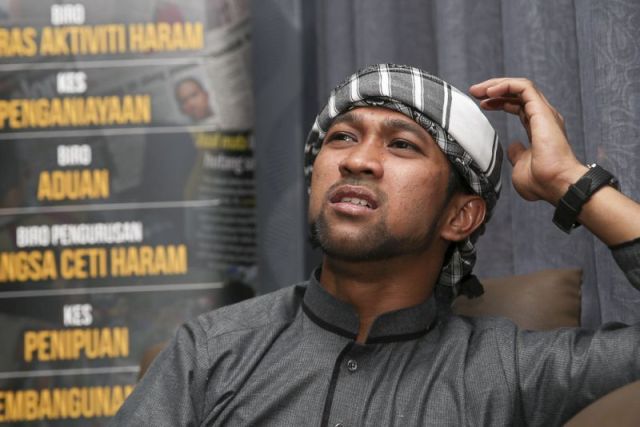 Sinar Harian reported that Yusuf has denied the allegations made by four former PPIM employees, who had accused him of profiteering from loan shark victims assisted by the consumer rights group.

“I have decided to not be with PPIM anymore. I will only attend talks that I am invited to but I will not take any more cases. I cannot afford to continue the struggle with PPIM due to such betrayal,” Yusuf was quoted saying.

Following his resignation from PPIM, Yusuf said he plans to spend more time with his family and even to build a cat shelter for stray cats.

The 29-year-old Yusuf was never shy of controversies since joining PPIM in 2011, handling cases from phone scams to loan sharks.

Most notably, he was known for “raiding” a vehicle warehouse belonging to AGR Auto Trade Holding Berhad to claim back vehicles of owners who said they were cheated by the car leasing company last year.

Muhamad Yusof Azmi and Ali Salimin are alleged to have jointly conspired to break the padlock of a gate at a vehicle store in Kajang. 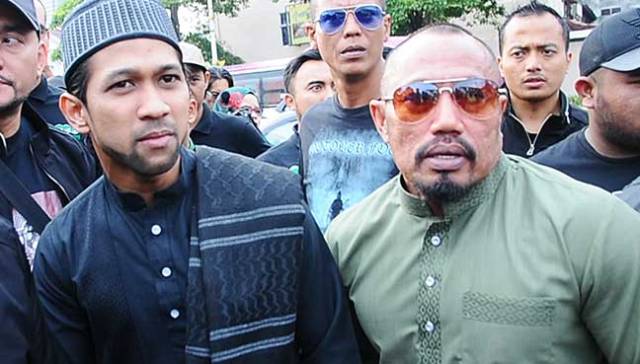 The duo are its Special Action Unit director Muhamad Yusof Azmi and operations head, Ali Salimin, who both pleaded not guilty to the charges before Magistrate Nor Afidah Idris.

On the first charge, Muhamad Yusof , 27, and Ali, 50, were alleged to have jointly conspired to commit mischief by breaking the padlock at the gate of a vehicle store belonging to AGR Auto Trade Sdn Bhd at Lot 1926A Sungai Sikamat, Jalan Cheras Batu 13, here, at 3.30pm on July 10.

They were also charged under Section 447 of the Penal Code with criminal trespassing into the same place between 3.30pm and 7.30pm on the same day and face imprisonment of up to three months, or a fine of up to RM3,000, or both, if found guilty.

Nor Afidah allowed the duo bail of RM5,000 in one surety each on both charges.

KUALA LUMPUR: Police have denied there was lack of action in a case where an NGO allegedly trespassed on a warehouse owned by a vehicle leasing company in Kajang.

Inspector-General of Police Tan Sri Khalid Abu Bakar said police had to follow the law and procedures in investigating the matter.

“We are in the midst of recording statements and gathering evidence before handing the case to the Attorney-General’s Chambers,” Khalid told a press conference after attending the Kuala Lumpur Police Hari Raya open house on Tuesday.

It was reported that members of the Malaysian Muslim Consumers Association (PPIM) allegedly trespassed on a vehicle storage yard in Kajang in order to release cars that were “wrongly stored” there.

The NGO alleged that the company was “given protection” due to lack of action by the police.

Khalid said allegations that police were delaying the investigations were untrue.

On claims that the company committed offences, he said police needed time to study agreements that were signed by the company and their clients.

Police have to identify the nature of the offence, said Khalid.
. 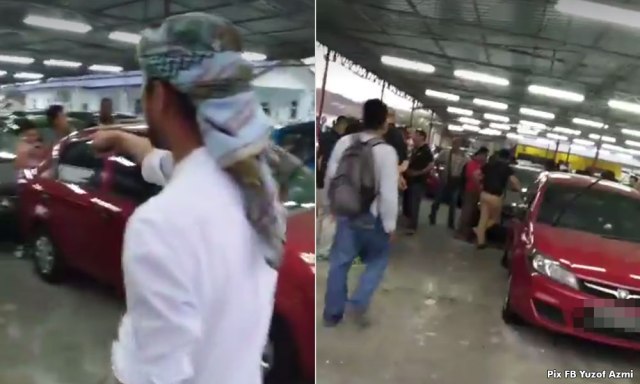 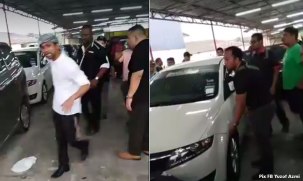 Police have advised all parties not to take the law into their own hands.
.

SHAH ALAM: Selangor police have opened an investigation paper on an alleged trespass at a vehicle warehouse owned by a company in Kajang.

A video clip of the alleged incident has gone viral on social media.

Selangor deputy police chief Ab Rashid Ab Wahab urged the public not to speculate on the issue and advised all parties not to take the law into their own hands.

He said police had received a report lodged by a male executive stating that a group of men on Monday trespassed into his company’s warehouse in Jalan Cheras, Kajang.

Rashid assured that police would conduct a thorough investigation without fear or favour.

KUALA LUMPUR: The agreement entered by victims with a company offering an alleged vehicle leasing scam is considered illegal and void in the first place, according to Islamic Consumer Association of Malaysia (PPIM).

PPIM legal bureau chairman Datuk Hishamuddin Hashim said this was because the vehicles purchased by the buyers were subject tor the hire-purchase agreement with the bank that they took loans from.

Under the agreement, which is governed by the Hire Purchase Act 1967, the bank received the right of the vehicles’ ownership while the buyer became the hirer.

“The buyers cannot sell their vehicles to any third party under the hire purchase agreement. Maybe they leased it to the company as they were deceived and did not have the information.

“The agreement (between victims and the company) could be on leasing or sales-purchase, but it was void in the first place and non-existent,” he told a press conference at PPIM office here today.

The purported fraud came to light when several of PPIM activists and victims on Monday demanded the release of vehicles kept at the company’s storehouse in Kajang.

The group had allegedly barged into the premises where the whole incident was aired live on PPIM Facebook page.

The manager of the company had then lodged a police report, while the police investigations revealed that the group did not produce any court order to trespass the storehouse.

KAJANG: Police opened two investigation papers relating to an incident where a group of people and Islamic Consumer Association of Malaysia (PPIM) members allegedly barged into the premises of a rent-to-own vehicle scheme company.

“An executive manager of the company, 32, lodged a police report claiming a group of men, believed to be owners of the cars barged into the office at Sungai Sekamat, Batu 13 here, to allegedly reclaim their cars.

“Our investigations revealed that the group did not produce any court order to trespass the company’s storeroom. We also found that the group together with PPIM members had broken the storeroom locks and took out 40 vehicles from the store,” he said in a statement today.

Othman said the executive officer had also gone to the store to talk terms with the leaseholders.

PPIM members and towing company members were also present to take the cars in the store.

“Meanwhile, the Serdang commercial crimes investigation department is also investigating the company following 22 police reports lodged by the vehicle owners for alleged cheating,” he said adding that no new arrest or seizures have been made at press time

PPIM special action unit director Yusuf Azmi said while the ‘raid’ was deemed successful, it was of little achievement as there were still more than 1,400 vehicles belonging to victims being held by the company.

“We don’t even know the whereabouts of the rest of the vehicles,” he told theSun, while calling for the police to initiate a probe into the matter.

Like Loading...
This entry was posted in Uncategorized and tagged Kajang vehicle warehouse raided by PPIM, RAID by The Islamic Consumer Association of Malaysia (PPIM). Bookmark the permalink.