Bukit Bintang MP Fong Kui Lun condemned the police for wasting resources which could have been used for crime prevention, to conduct questioning of opposition elected representatives for marching from Parliament House to Bukit Aman police headquarters.

Fong said it’s a waste of police time and taxpayers’ money for probing opposition MPs who were protesting the recent arrest of their colleague from Pandan Rafizi Ramli.

“We are only protecting parliamentary dignity and demanding the respect that is due to an MP.

“We only went there (Bukit Aman) to pass a memorandum to the police,” he said at a press conference after he and two others were questioned by police over the April 7 march.

Kok Seong said that it is not necessary for police to call them in just because of small matters. arguing that police asking him to come down to the station all the way from Seremban is a hindrance to his job as an MP.

“Police should listen and accept what is listed in the memorandum, and not to summon us for questioning,” he said, adding that having to make the journey today to Kuala Lumpur from his constituency has taken away time from serving his constituents.

Meanwhile, Nie Ching advised police to preserve law and order instead, which is their primary job scope.

“Malaysia has four cities listed as the most dangerous in the region, namely Kuala Lumpur, Petaling Jaya, Johor Baru, and Klang. So, shouldn’t police put more effort into crime prevention?” she asked, adding that questioning MPs does not amount to fighting crime.

Cops to record statement on MPs’ march to Bukit Aman

Police will call the organisers and individuals, including several opposition members of Parliament to record their statements regarding the submission of a memorandum to Bukit Aman yesterday.

“Police will investigate the matter …they have violated the PAA 2012 for not submitting a notice 10 days before the rally and to also hold a protest march,” he told reporters after a blood donation campaign and ceremony to celebrate the promotion of junior officers and the launch of the Public Sector Conducive Ecosystem, in Kuala Lumpur today.

Nearly 70 members of the parliamentary opposition marched from the Parliament to Bukit Aman before arriving at the Bukit Aman entrance at 9am to submit a memorandum to the Inspector-General of Police Tan Sri Khalid Abu Bakar. 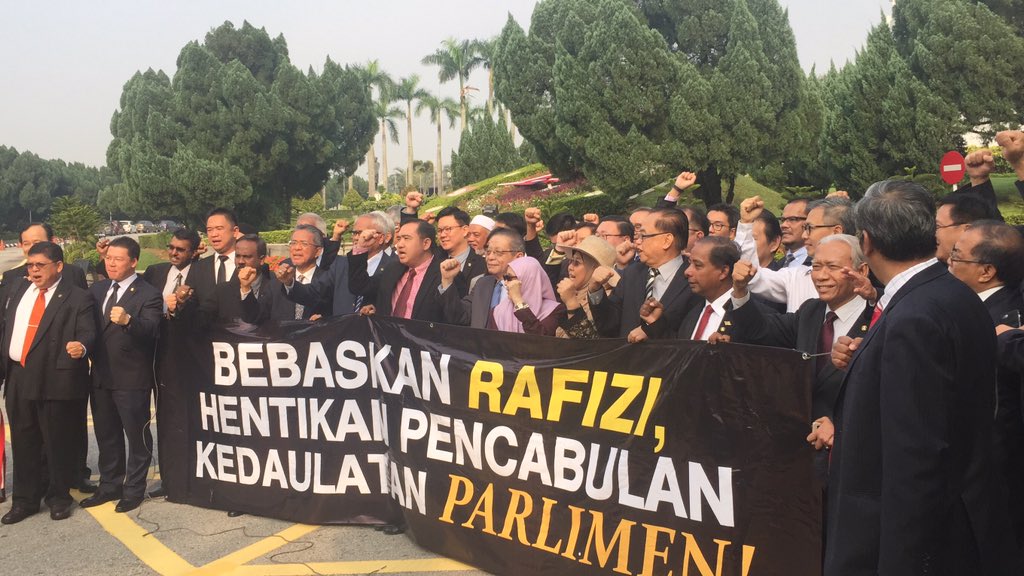 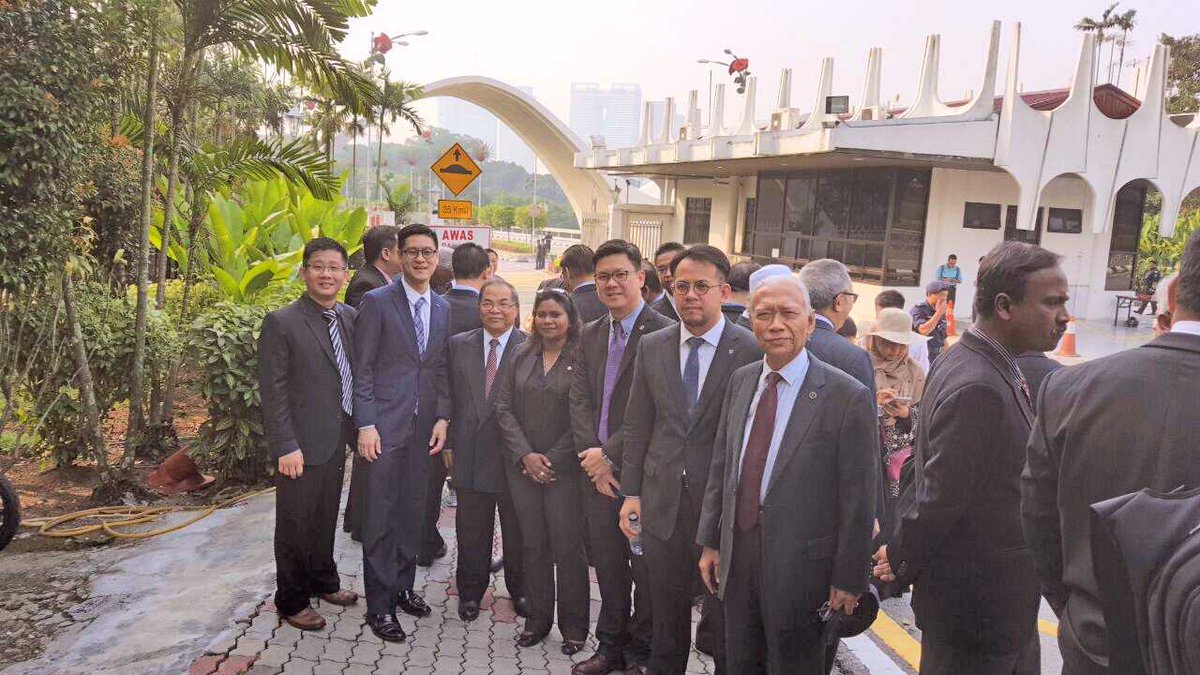 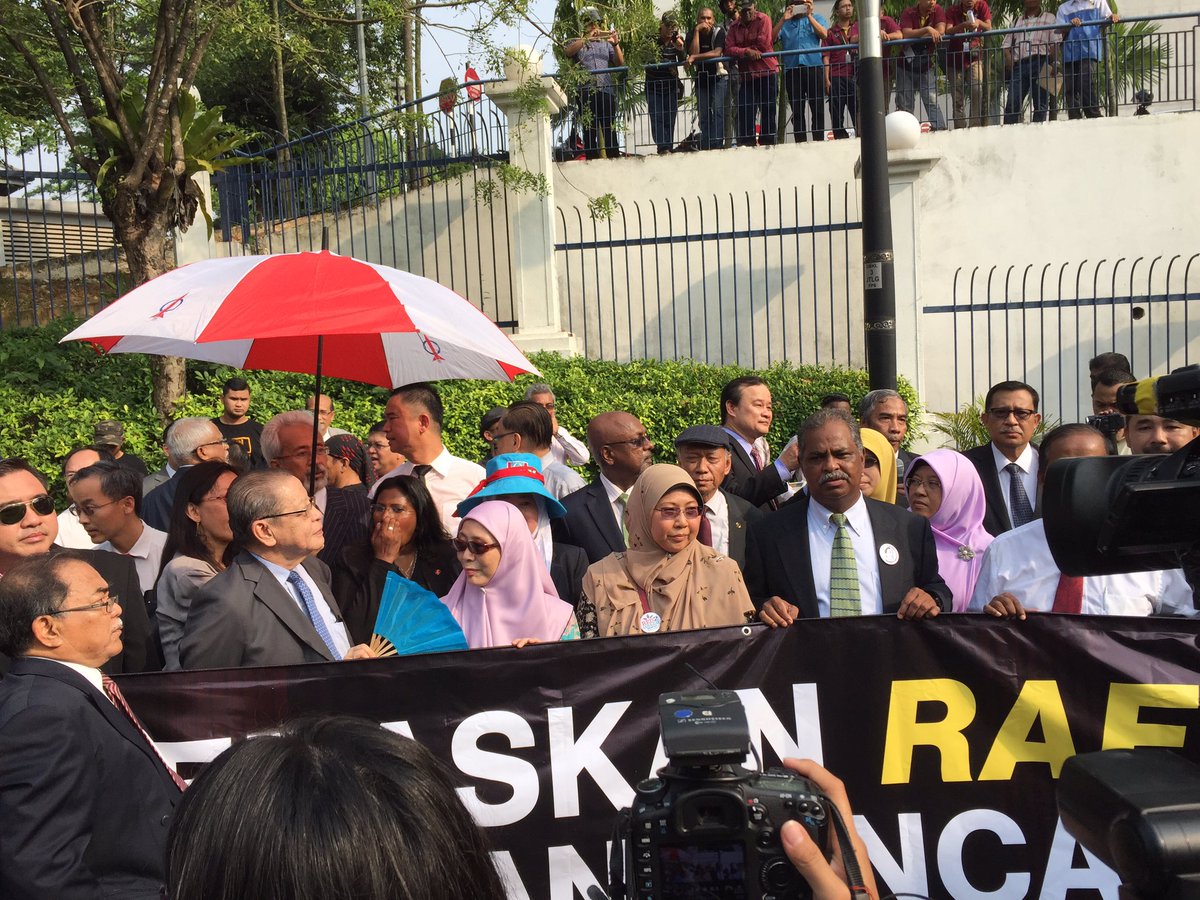 Like Loading...
This entry was posted in Uncategorized and tagged DAP, malaysia, march to police station from parliament for rafizi, police questions MPs over march for rafizi, politics, rafiizi ramli. Bookmark the permalink.

2 Responses to Members of Parliament march for Rafizi Ramli…