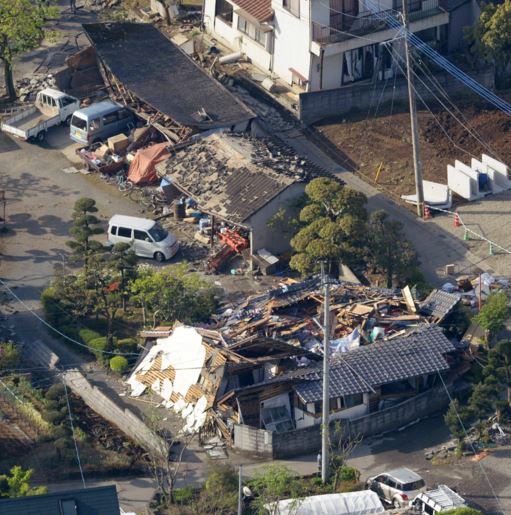 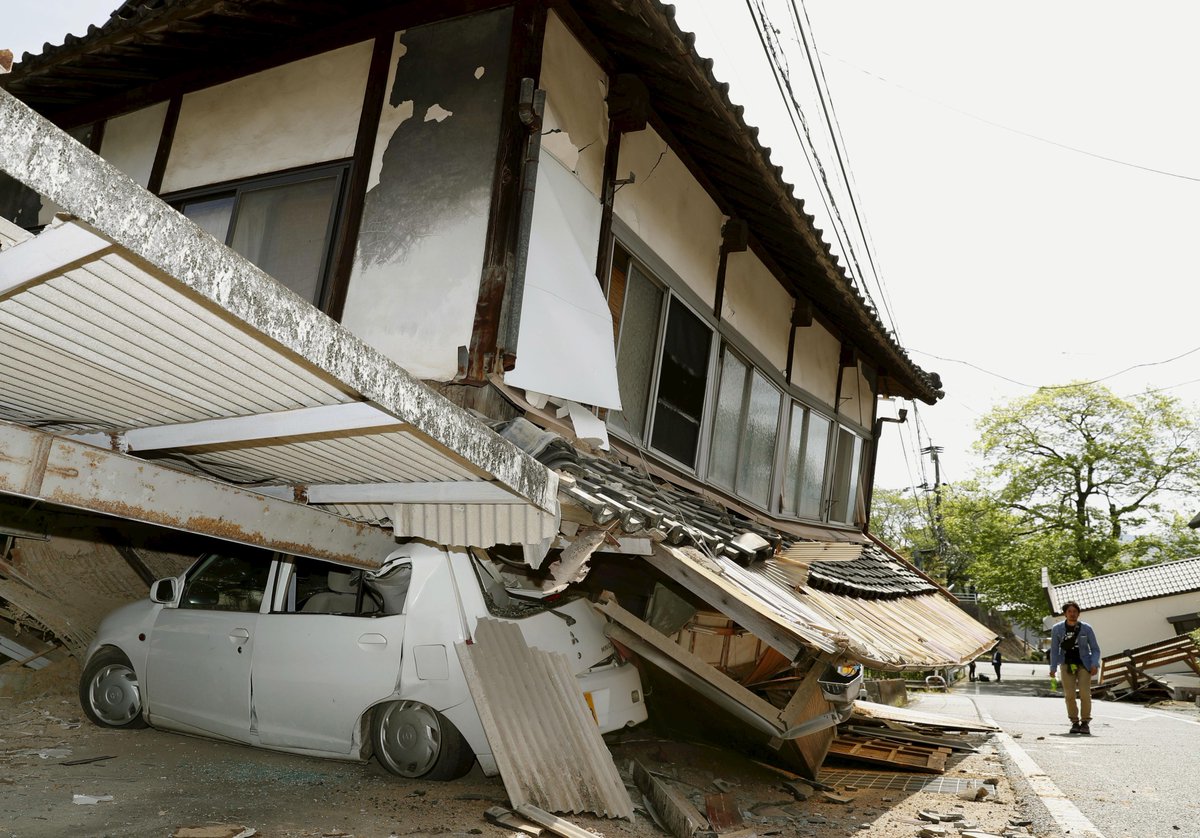 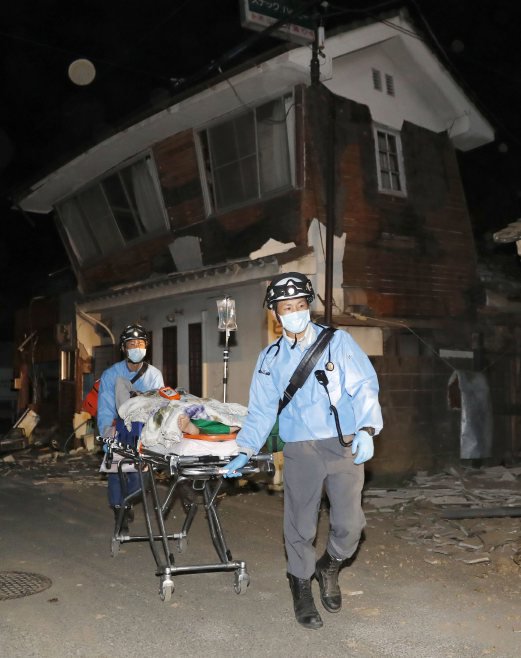 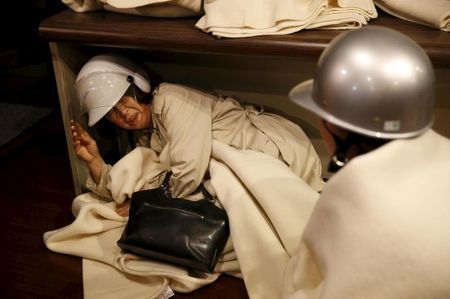 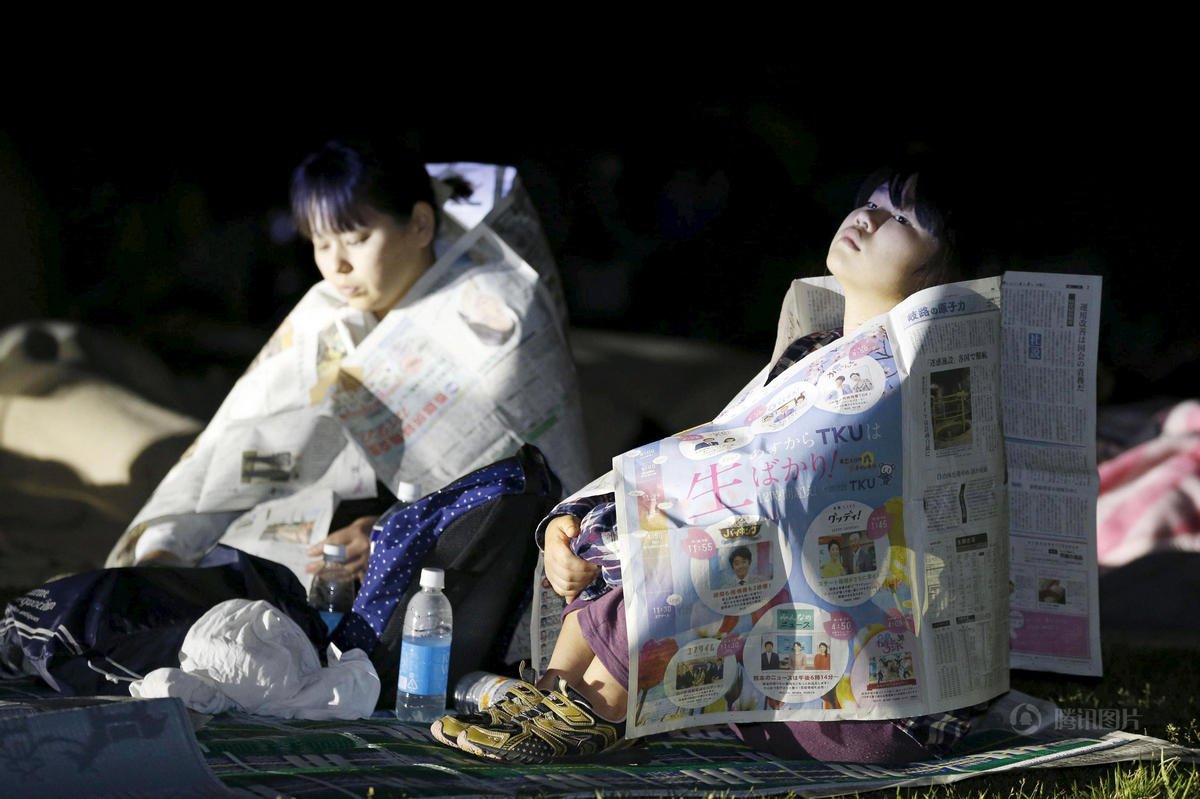 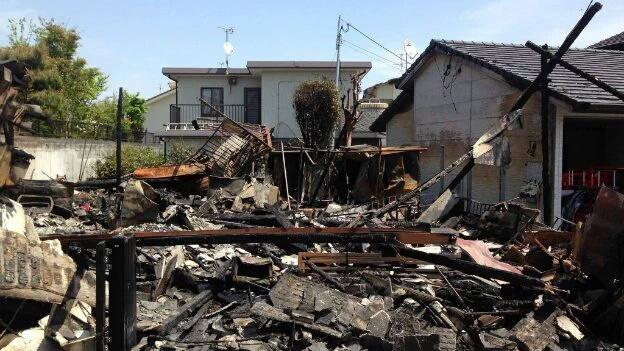 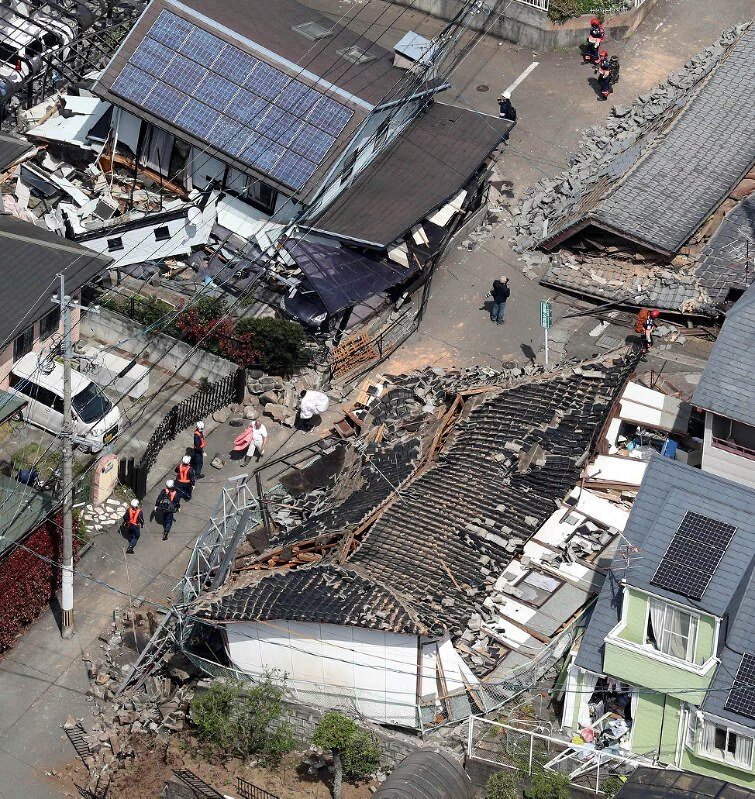 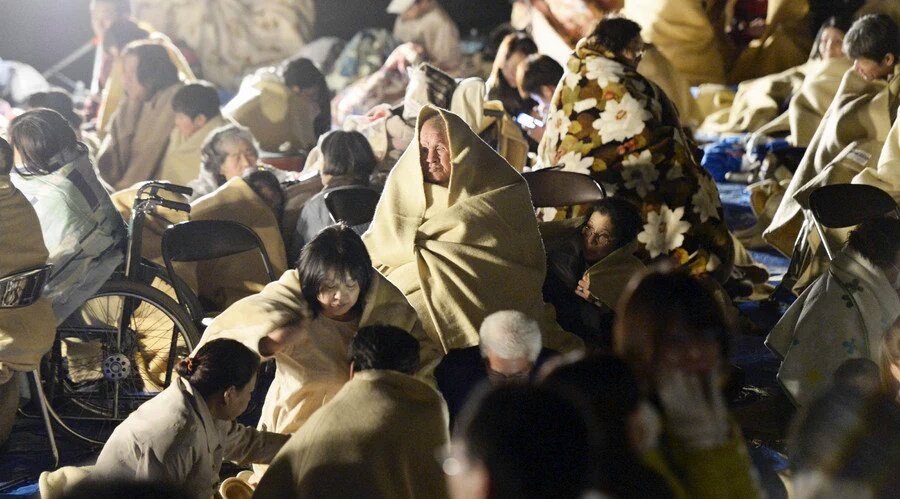 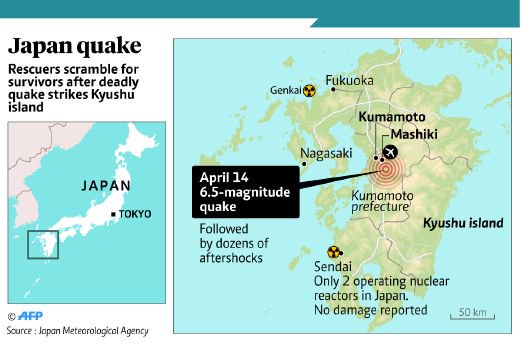 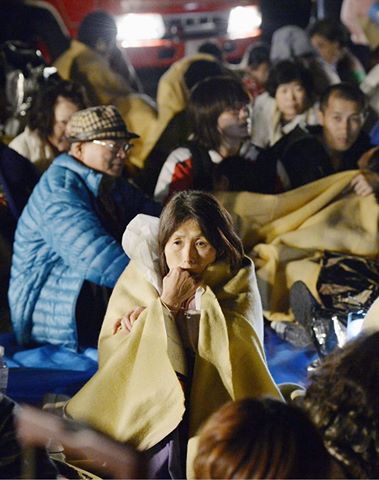 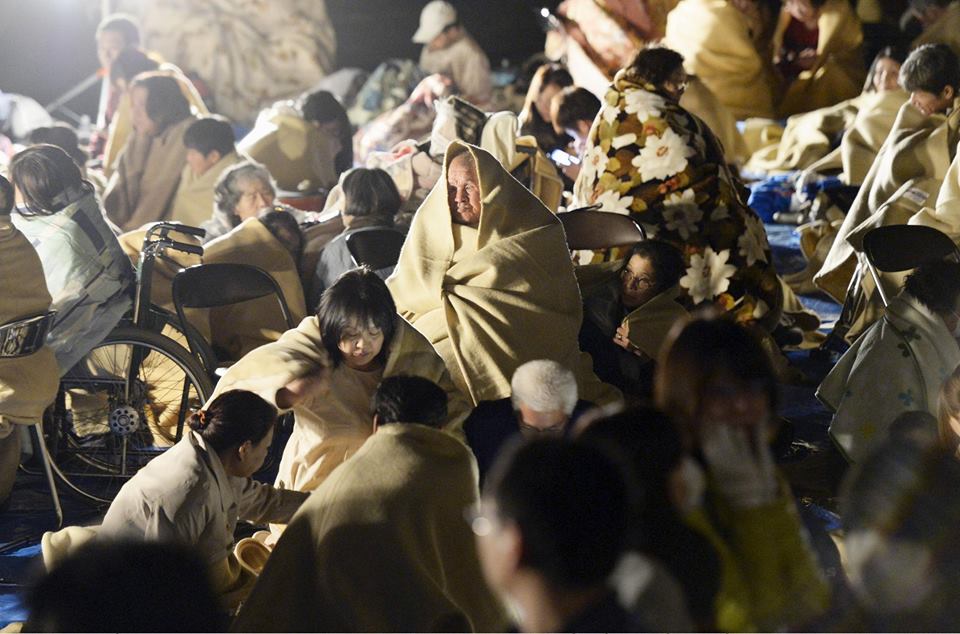 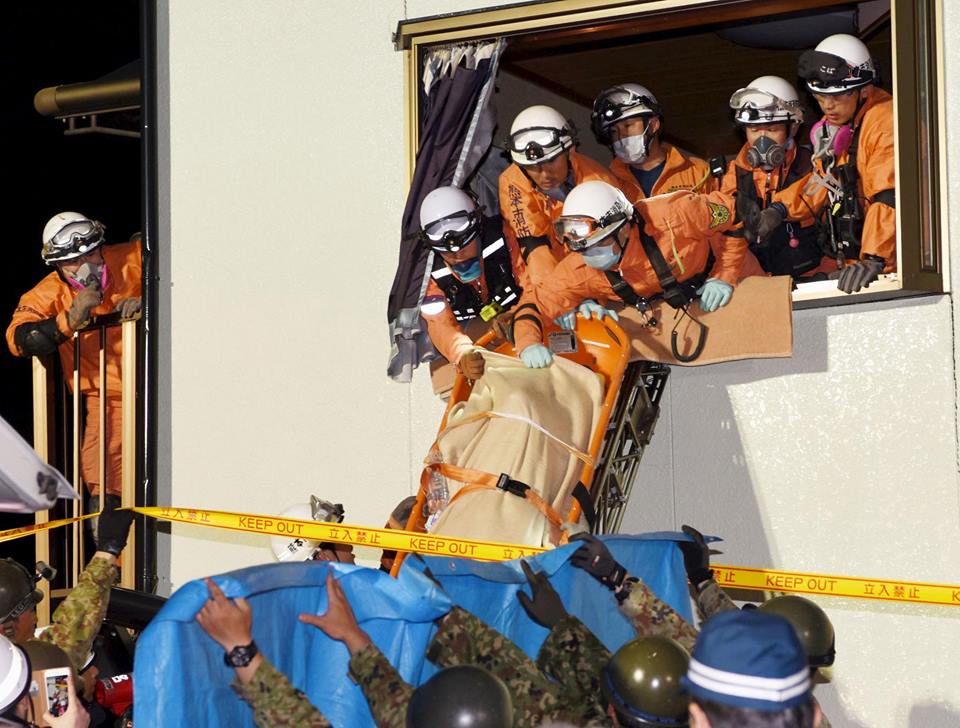 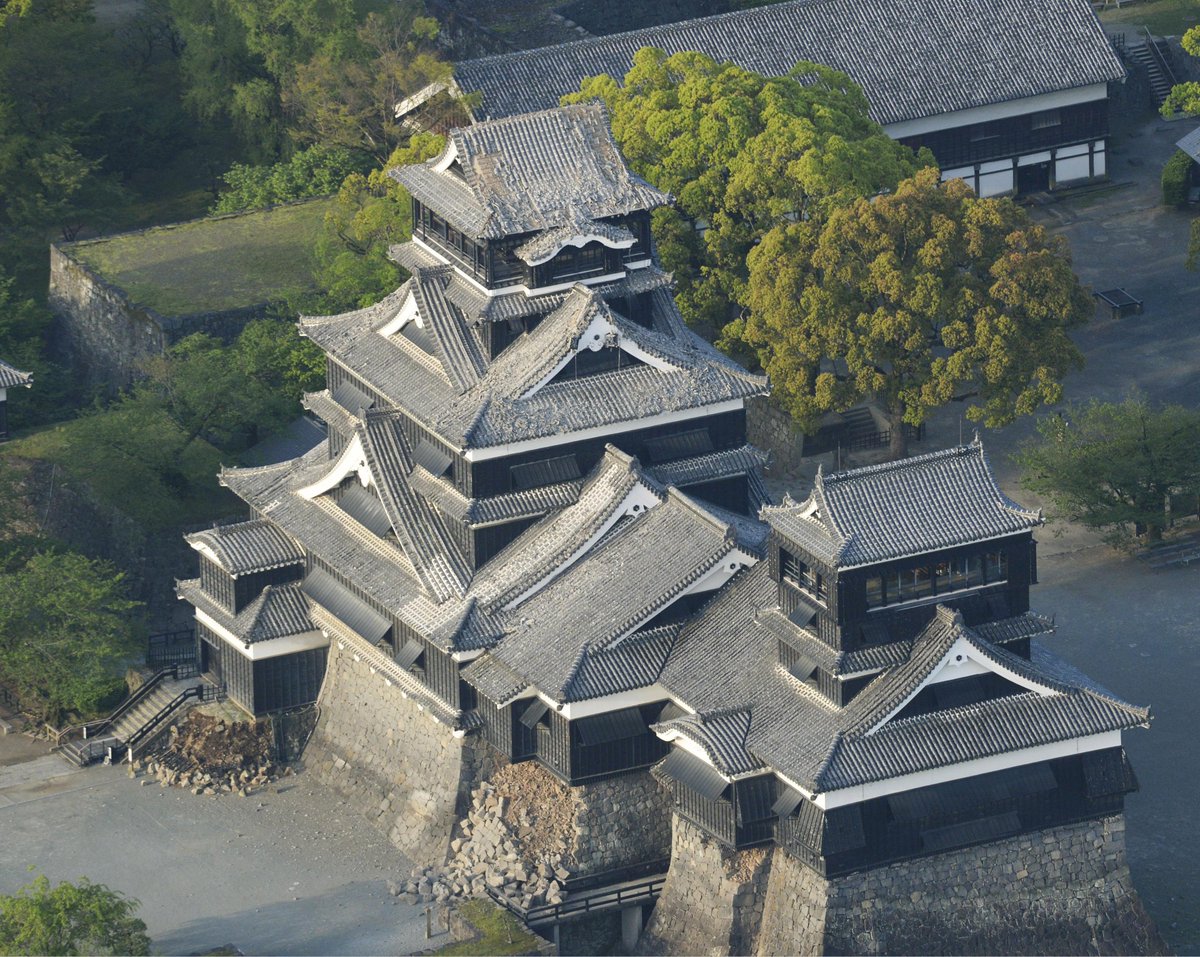 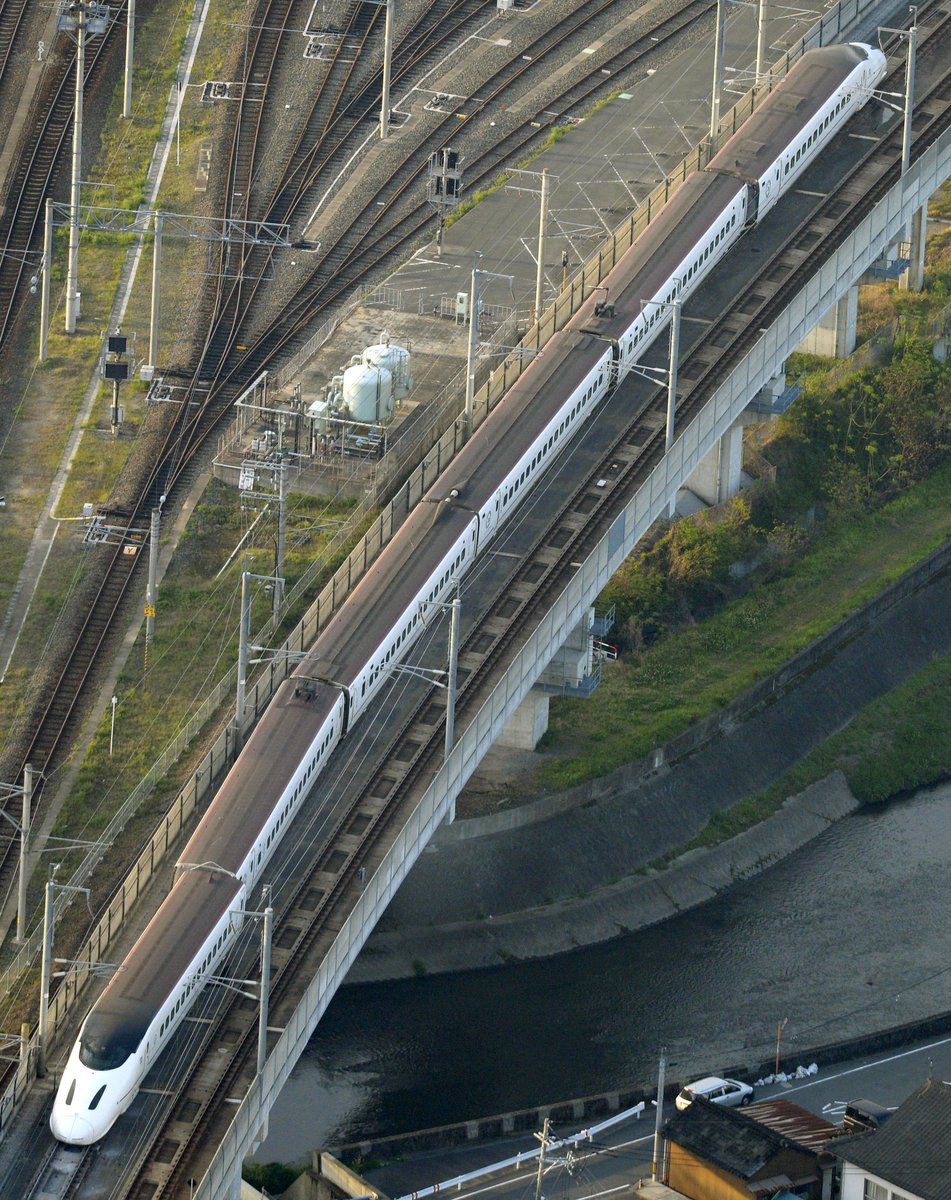 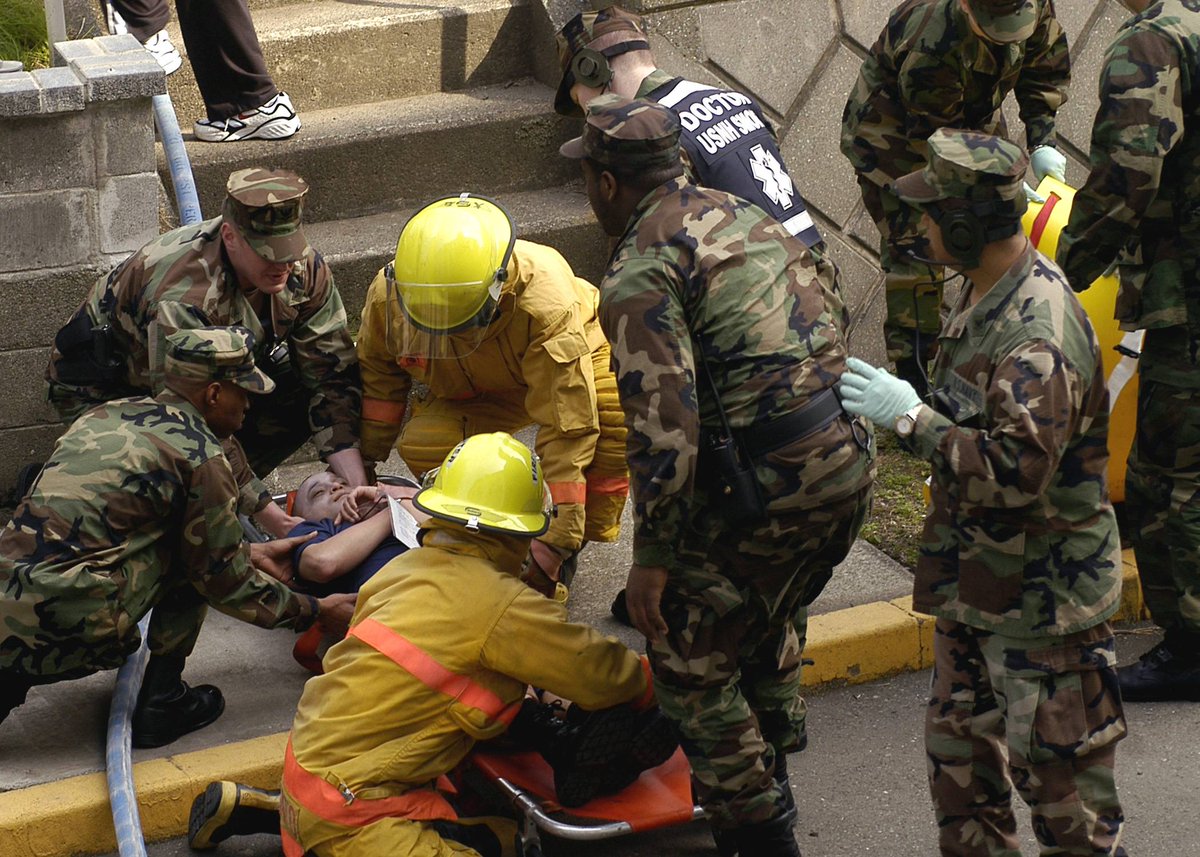 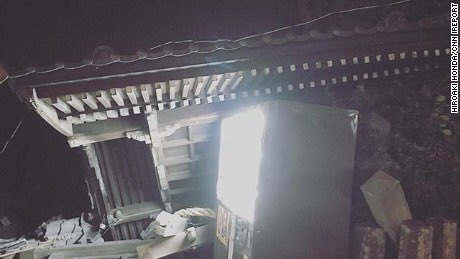 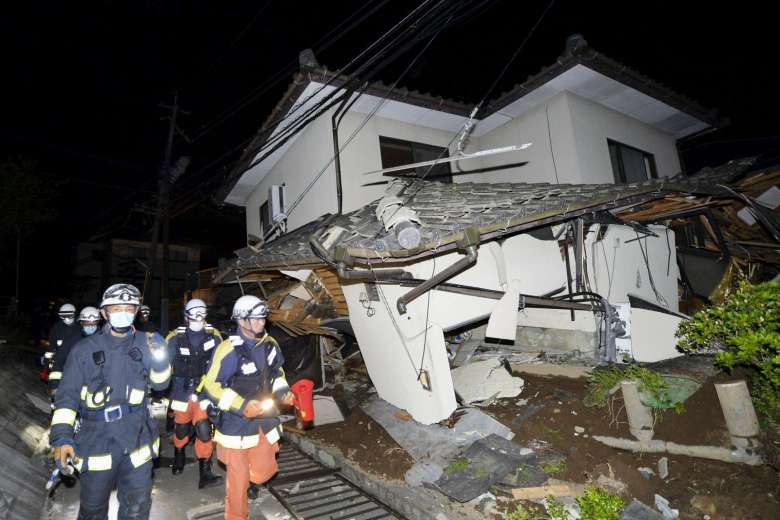 Tens of thousands of people reportedly fled their homes and television footage showed damaged buildings, buckled roads and lumps of broken concrete in the streets after the 6.5-magnitude quake struck the south-western island of Kyushu.

NHK footage showed what appeared to be a house ablaze and firefighters dousing it with water, one of several fires reportedly sparked by the quake that left at least 780 injured, according to the public broadcaster.
…

As the death toll rose in the night – earlier reports said two people had died – an eight-month-old baby girl was pulled from the rubble alive and unharmed, NHK reported.

Some 350 military personnel were dispatched for rescue work on the island, spokesman Yoshihide Suga said, appealing for calm.

#Praying for all those impacted by the #quake in #Japan! #JapanEarthquake http://news.sky.com/story/1678701/fires-and-people-trapped-after-japan-quakes … 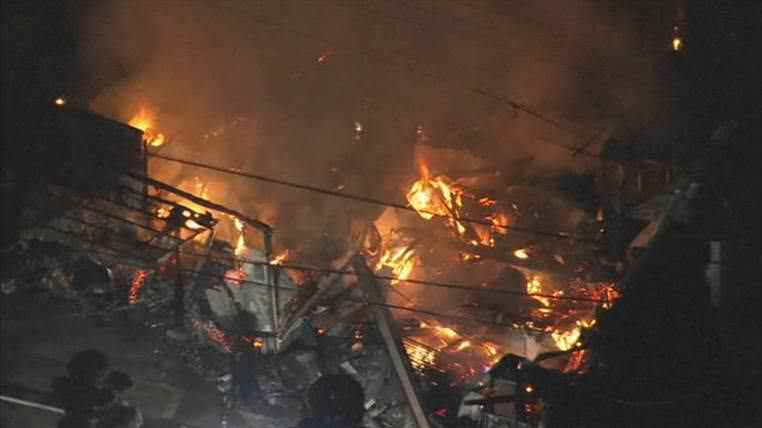 So this has been going on all night and I’m at the epicenter. 47 high intensity aftershocks #JapanEarthquake #Japan 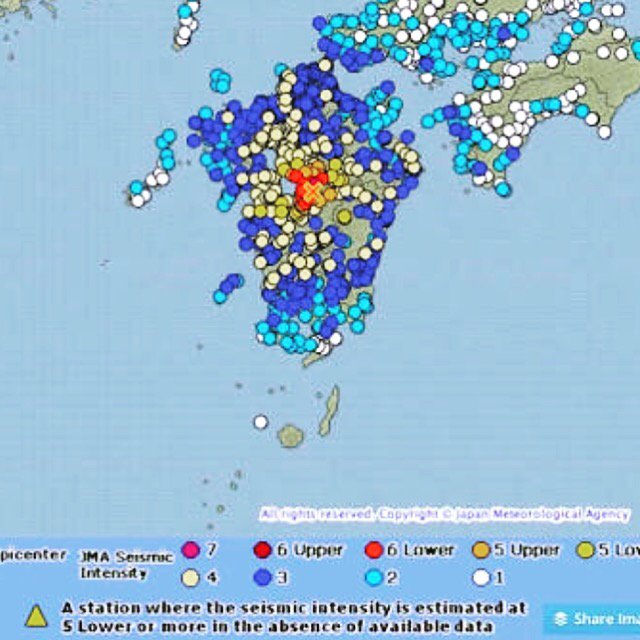