#JPJ and #TrafficPolice: No success in reducing road accidents.

Inspector-general of police (IGP) Khalid Abu Bakar is disappointed that the road accident statistics are still high and is of the view that the maximum fine for traffic offences be raised as part of initiatives to reduce the accident rate. 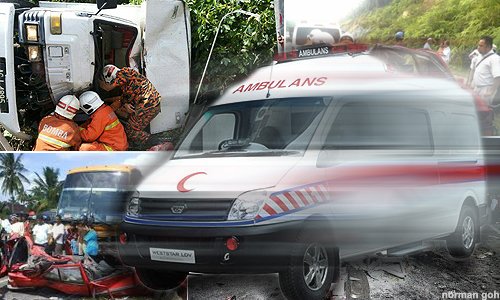 There were nearly half a million accidents on Malaysian roads last year.

“The number of road accidents kept rising since 2010, except for 2014 when there was a 0.2 percent drop as compared to 2013,” he said when opening the ‘Satu Komuniti Satu JPJ’ programme in Bemban, Jasin, today.

Stupidest reason given by JPJ to reduce the number of fatal road accidents. Aku salah seorang mangsa operasi no plat. 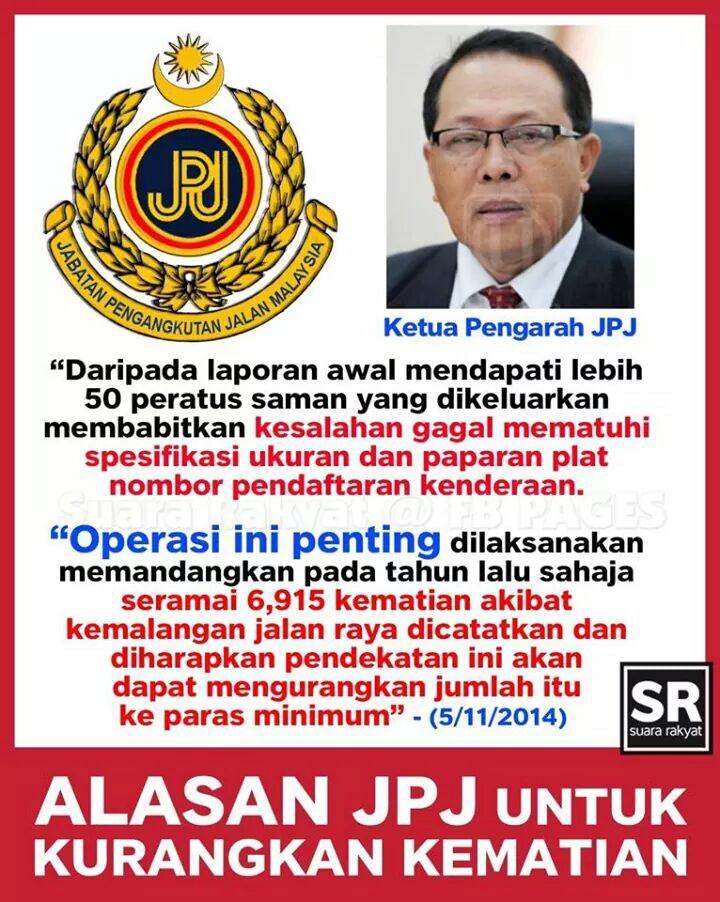 Like Loading...
This entry was posted in Uncategorized and tagged JPJ, malaysia, malaysia accidents, traffic police. Bookmark the permalink.