Malaysia: First death from the #heatwave due to punishment?

Azizan Ayob, 23, died at 10.26pm on Wednesday after undergoing orientation at the Segamat Police Training Centre (Pulapol) earlier in the day.
– See more at: http://www.themalaymailonline.com/malaysia/article/trainee-cop-in-johor-is-first-heatstroke-fatality#sthash.WUVPw2do.dpuf

Police cadet killed by heatstroke may have died in punishment

PUTRAJAYA — Azizan Ayob, the 23-year-old police trainee who died of heatstroke on Wednesday might have been penalised by his instructors during training at the Segamat Police Training Centre (Pulapol), said Natural Resources and Environment Minister Datuk Seri Dr Wan Junaidi Tuanku Jaafar.

“I think it was likely he was executing some form of physical punishment meted out by the instructors.”

He said yesterday guidelines would be drawn up for those who are engaged in outdoor activities and jobs that involve the police force.

Health Minister Datuk Seri Dr S. Subramaniam said Azizan was doing a 10-lap run at Pulapol’s indoor track when he fainted and was then rushed to Segamat Hospital. Based on reports from the hospital, Azizan was found to have been exposed to high temperature for a prolonged period of time.

UPDATE: 1 dead, 13 others suffering from heat exhaustion and heatstroke in #Malaysia http://bit.ly/1WvpbpT 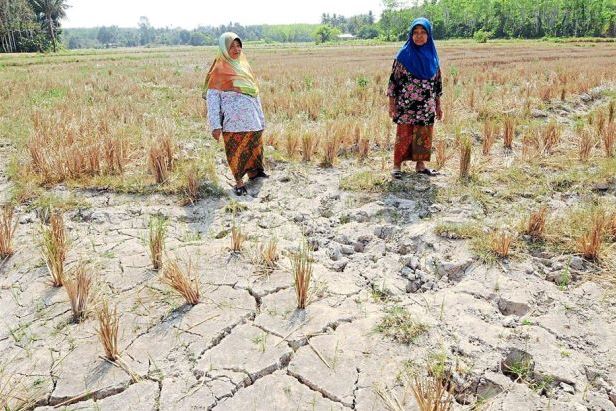 PETALING JAYA, March 18 — The heatwave has claimed its first victim, a police trainee in Johor.

Azizan Ayob, 23, died at 10.26pm on Wednesday after undergoing orientation at the Segamat Police Training Centre (Pulapol) earlier in the day.

Training coordinator Assistant Superintendent Abu Bakar Ngah said Azizan had fainted during a run at the end of the orientation and was rushed to the Segamat Hospital, where he was admitted to the intensive care unit.

“Doctors informed us Azizan’s condition was critical, as all his bodily cells had shut down and he had to rely on a breathing apparatus,” Abu Bakar told Sinar Harian.

He said the deceased experienced a heatstroke, adding that Azizan’s father had also informed him his son was epileptic, and had a fever for several days before reporting for duty at the centre.

Weather conditions were said to be mild and cloudy during the orientation.

Beware! The #Heatwave Is Fatal In #Malaysia, Here’s What You Can Do To Stay Safe http://ow.ly/ZEuz1

1 Response to Malaysia: First death from the #heatwave due to punishment?