IGP, “Is it our job to abduct people?” Police to investigate claim that “car registered in IGP’s name” was used in abduction.

Sivaguru was approached by four or five persons at his house in Jeli on Friday.

They came in two black Toyota Hilux vehicles and were carrying guns.

Sivaguru’s brother, Balakuru, had rushed to the scene after being told, but had made a U-turn after seeing two black Hiluxes driving past him.

He managed to stop one of the cars and question the driver. The driver allegedly only identified himself as “anggota narkotik Bukit Aman” (Bukit Aman narcotics member) before speeding off.

Lawyer Gobind Singh Deo has questioned why the main witness in an abduction case has yet to be called by police six days after the incident.

The kidnapping case had piqued interest after Kelana Jaya PKR secretary S Murali claimed A Sivaguru was kidnapped using a vehicle registered under the name of inspector-general of police Khalid Abu Bakar.

Gobind, who is also DAP’s Puchong MP, said the main witness, A Balakuru, who is Sivaguru’s brother, managed to speak to the “kidnapper” who claimed to be an officer from Bukit Aman’s narcotics division.

“It’s been six days since the victim disappeared but to date the victim’s brother, who is also the main suspect, has yet to be called up (by police),” he told journalists in Kuala Lumpur today.

In the incident, Sivaguru was believed to have been beaten up by four men in Jeli, Kelantan, and was subsequently abducted in a black Toyota Hilux.

However, Balakuru managed to trail the two-vehicle entourage before the Hilux stopped.

The driver of the Hilux then allegedly introduced himself as a police officer.

Gobind said Sivaguru’s family wants to know who is the real owner of the vehicle and also pressed the police to give an update on the case.

“The victim’s family is awaiting the status of the case as it concerns a life,” he said.

Puchong MP Gobind Singh Deo raps top cop Khalid Abu Bakar for not responding to the family of a man taken away in two cars by people claiming to be narcotics officers.

PETALING JAYA: Respond to the family of Sivaguru Arumugam who was taken away forcibly from his house in Ayer Lanas, Jeli, Kelantan, on Friday.

This appeal came from Puchong MP Gobind Singh Deo who urged Inspector-General of Police Khalid Abu Bakar to pacify and update family members on police investigations into the matter.

Gobind, who is representing Sivaguru’s family, said Khalid had not responded to the family’s questions so far.

“It has been six days since Sivaguru went missing. Until now police have yet to revert to the family with news as to the status of the investigations,” Gobind told reporters at his office today.

He said he went to the Bukit Aman federal police headquarters yesterday with the family to hand over a letter written to the IGP by Sivaguru’s wife, Suriakala a/p Balakrishnan.

“Despite the fact that an officer received the letter and assured us he would revert to us as soon as possible, we have not received any news from the police until now.

“Time is of the essence in cases like this. Criminal law requires that things be done quickly.”

Gobind said this was a matter of public concern as there were similar past abduction cases where people were taken away by persons armed with weapons. 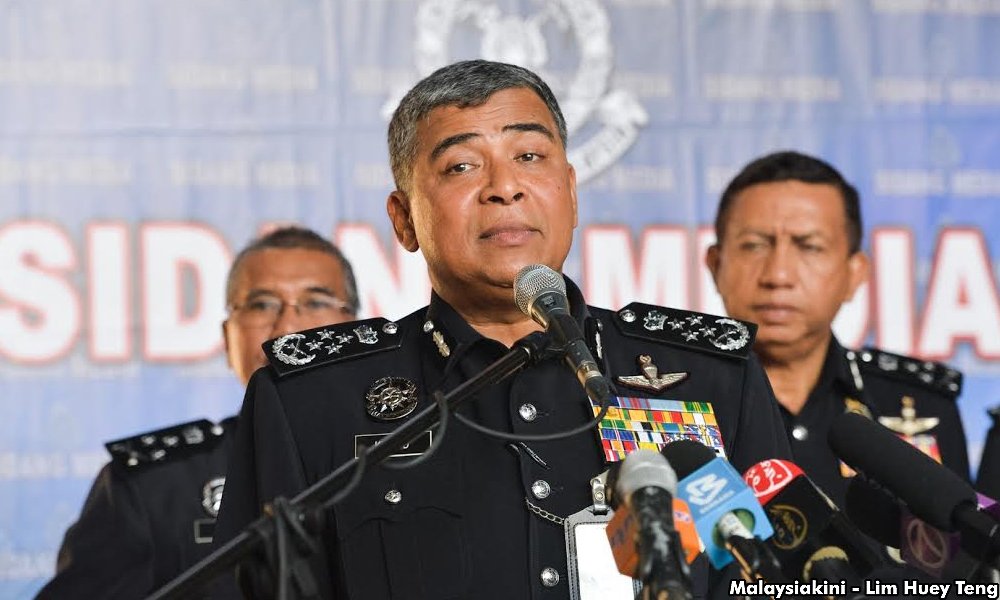 Inspector-general of police Khalid Abdul Bakar today refuted a report that the police had “abducted” a man in Jeli, Kelantan, using a car registered to the police chief.

He said police will investigate claims of the abduction, and the dissemination of false information on police involvement, he said.

“Someone disappears and we get accused. Is it our job to abduct people? Don’t make baseless accusations,” he said when asked at Bukit Aman today.

However, the top cop said all cars belonging to the police force are registered under his name.

“So we will call witnesses and obtain pictures that purportedly show (a police car was used in) a kidnap.

“There have previously been cases where plate numbers are changed, so don’t make baseless accusation. It has a bad impact on the country,” he said, assuring that the case will be probed.

The alleged abduction victim, A Sivarugu, was taken by four men, his father T Arumugam said in a police report lodged on Feb 19 at the Sungai Buloh police station.