The enemy of my enemy is my friend….

Posted on February 2, 2016 by weehingthong

IN WAR AND POLITICS, THERE IS A SAYING: THE ENEMY OF MY ENEMY IS MY FRIEND.

The enemy of my enemy is my friend is an ancient proverb which suggests that two opposing parties can or should work together against a common enemy. The earliest known expression of this concept is found in a Sanskrit treatise on statecraft dating to around the 4th century BC, while the first recorded use of the current English version came in 1884. Some suggest that the proverb is of Arabic origin.

According to the report, the coalition set up to overthrow Najib was “a fragile and fragmented alliance with no discernible uniting force beyond Dr Mahathir.”

Anwar is not a partner, Dr M tells Aussie media https://shar.es/1jqT6z  via @sharethis 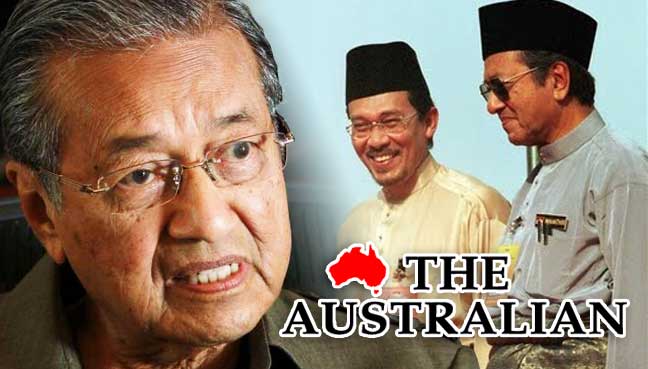 KUALA LUMPUR: Former Prime Minister Dr Mahathir Mohamad has denied to the Australian media the existence of any real relationship with Anwar Ibrahim despite the fact that they appear to be working together to force Prime Minister Najib Razak to step down from office.

“The question of liking or not liking does not arise here,” Mahathir was reported to have told The Australian. “I am not in partnership with him.”

“We have similar views with regard to Najib,” Mahathir added. “He agreed to support the removal of Najib. I cannot afford to reject any support.”

Last month, Mahathir and his disgraced former deputy appeared to have had two decades of enmity patched up when they both joined a coalition of opposition leaders attempting to secure Najib’s resignation as prime minister.

However, any suggestion of a real alliance between the two was put to rest by Mahathir who told the Aussie news organisation that Anwar does not have the morals to lead Malaysia.
…
Mahathir also claimed that Anwar, at 68, was now “too old” to take over the mantle as prime minister if the opposition successfully overthrew the present government.

Once upon a time, not too long ago, the Opposition loathed Dr Mahathir. Now, with his outspoken stance against Najib, he has become a friend. To some, he is a hero.

They conveniently forget the kind of man and PM he was, and what he did to Lim Kit Siang, Karpal Singh and Anwar Ibrahim.

They also conveniently forget this:

Mahathir: Strip Ambiga of her citizenship! 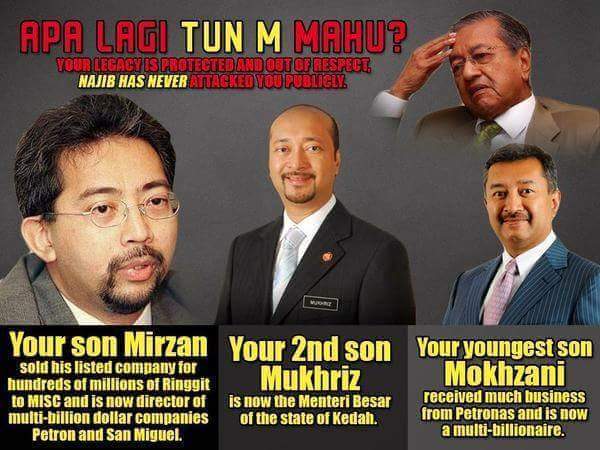 Mahathir has a great deal to answer for…

The Mahathir Award for Global Peace, an Oxymoron

The Mahathir Dilemma: When to speak up and when not to.

1 Response to The enemy of my enemy is my friend….