Mohamad Zulkifli Ismail stabbed to death a robber who was with an accomplice outside his home, in Kerteh, Terengganu. He did this in self defence.

He is charged under Section 302 of the Penal Code for murder and Section 326 for voluntarily causing grievous hurt by dangerous weapons or means.

Death of burglar sparks heated debate on right of self-defence 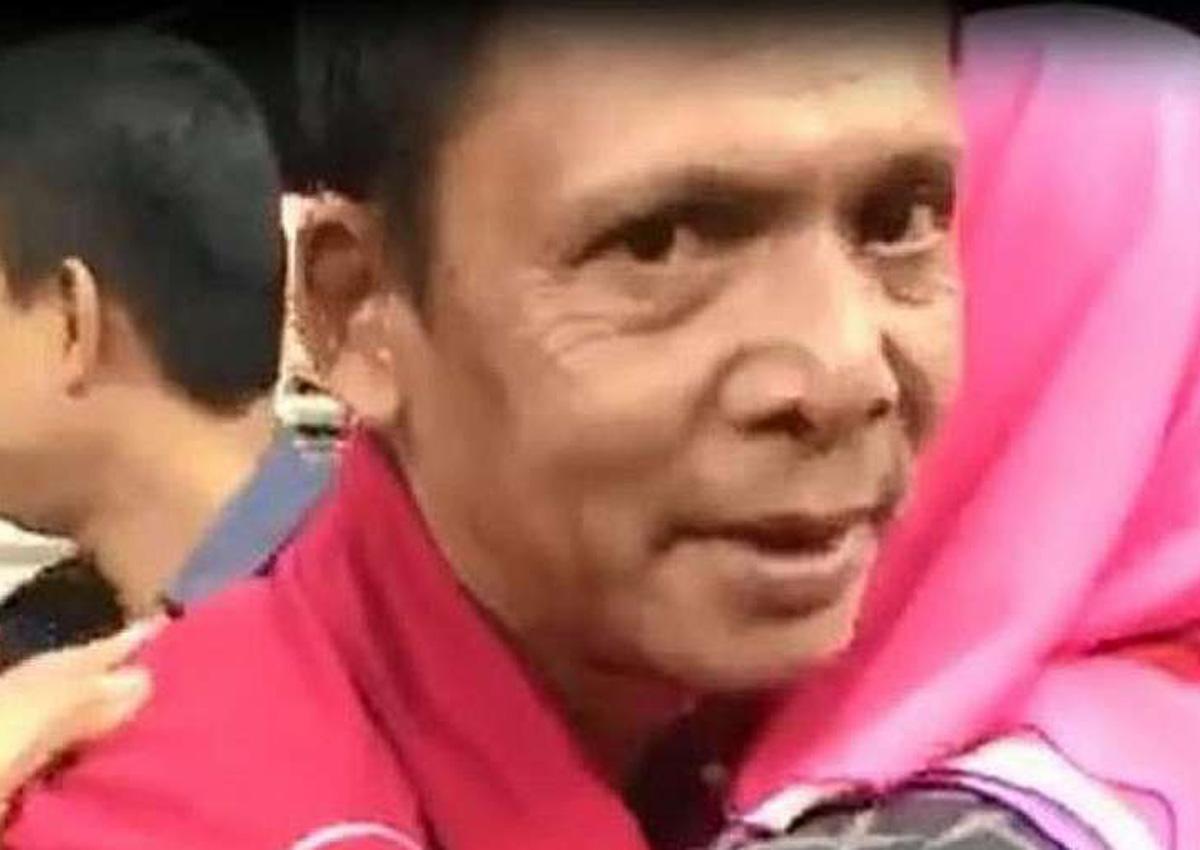 PETALING JAYA – If a person knifes a burglar while protecting his family and property, and the burglar dies, is that self-defence or murder?

Malaysians are hotly debating the issue following a case in which a man was charged with murder after two men allegedly broke into his home in Terengganu early last month. He stabbed the duo and one of them died.

Police chief Khalid Abu Bakar reminded the Bar Council last week to educate the public about the case, saying: “It doesn’t mean that if someone wants to rob us, we can kill them. This is where the Bar Council plays a role in educating the public.”

The debate, raging online and in the media, centres on the case of 50-year old restaurant owner Zulkifli Ismail.

It echoes another ongoing case in Negeri Sembilan in which Malaysian Moo He Hong, 57, and his Singaporean son Moo Wee Keong, 29, were initially charged with the murder of another person in an alleged robbery. The charge has since been amended to death by negligence.

Legal experts note that while the law says one has the right to self-defence when encountering a criminal, “accidentally” killing him could change the scenario.

This is because there is a fine line between self-defence and murder.
…

Former Bar Council chairman Ragunath Kesavan said that courts in Malaysia would not be unreasonable when looking at fatal self-defence cases in situations like robberies.

“There have been many cases in Malaysia where the court allowed self-defence. In most cases, especially in break-ins, if you attack an armed intruder and the person dies, there is a presumption that there was a reasonable use of force,” he said. 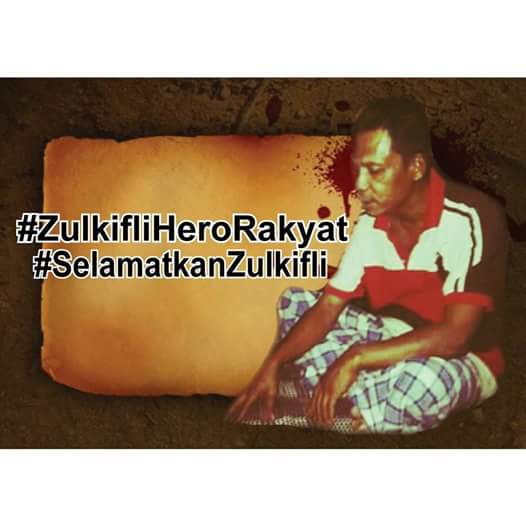 Bar Council not aware of the case

PETALING JAYA: The Bar Council, which has drawn flak from the police over its silence on a man accused of murdering an alleged robber, said it needed to gather facts about the case first.

Its chairman Steven Thiru said the Bar Council was not aware of the case and would need to have the facts before commenting on it.

“I am not aware of the case the IGP was referring to. He made his statement on the assumption that we were aware of it.

“We will not make any comments on the matter until we have all the facts,” he said.

On Thursday, Inspector-General of Police Tan Sri Khalid Abu Bakar had questioned the Bar Council and human rights lawyers for not educating the public that there were limits to self-defence as outlined in the Penal Code.

“If someone robs us, that doesn’t mean that we can kill him. When it comes to other matters, the Bar Council is quick to comment but why keep quiet on this?”

‘Too much defence can be murder’

A debate has been raging both online and in the media since a man was charged in court with murder after two men allegedly tried to rob him at his home in Terengganu. He stabbed both of them and one of them died.
…

Section 96 and 97 of the Penal Code outline the “right of private defence”.

Section 96 states that exercising self-defence does not count as an offence.

Section 97 states that every person has the right to defend themselves and anyone else against bodily harm or to defend their property from theft, robbery, mischief or criminal trespass.

But Section 99(4) states that there is no right to self-defence if more harm than is necessary is inflicted for the purpose of defence.

Former Bar Council chairman Ragunath Kesavan explained that courts in Malaysia would not be unreasonable when looking at fatal self-defence cases in situations like robberies.

“There have been many cases in Malaysia where the court allowed self-defence.

“In most cases, especially in break-ins, if you attack an armed intruder and the person dies, there is a presumption that there is a reasonable use of force,” he said.

However, Sreekant said it wasn’t for the public to decide whether reasonable force was used.

The discretion lies with the police and the Attorney-General’s Chambers, who have the facts with which to decide if they should charge someone for murder or not.

PETALING JAYA: Mohamad Zulkifli Ismail, 50, was with his wife at their food stall in Kerteh, Terengganu, when two men rode past on a motorcycle on Dec 7.

According to Zulkifli, the men looked suspicious and were heading towards their house.

Zulkifli decided to follow them on his motorcycle and when he arrived home, he saw one of the men trying to lift his generator while the other was on the motorcycle.

When the two realised he was there, the man on the motorcycle lunged towards him carrying an object.

“Zulkifli was not sure what the man was carrying. He (Zulkifli) picked up a golok (small parang) and allegedly stabbed the man,” said “Selamatkan Zulkifli” (Save Zulkifli) campaigner Nik Aziz Afiq Abdul.

“The second person then ran towards him and Zulkifli also allegedly stabbed him.

“The first man tried to get away on the motorcycle while the second ran across the road but collapsed and died on the road shoulder.”

Nik Aziz made it clear that this was Zulkifli’s version of events and that he had not seen the police account of what had transpired.

Zulkifli was charged with murder on Sunday, a charge that has raised a stink on social media, with many claiming that he had only been acting in self-defence.

He is now in custody pending the court hearing later this month.

Nik Aziz is spearheading a social media campaign to get Zulkifli off the hook or to be hit with a lesser charge.

The campaigners claim that Zulkifli now faces the death sentence if found guilty and that it was unfair that he be punished so severely for defending his property.

A heated debate is ongoing on social media, with a large number saying Zulkifli should be spared.

Twitterville react to the charging of Zulkifli 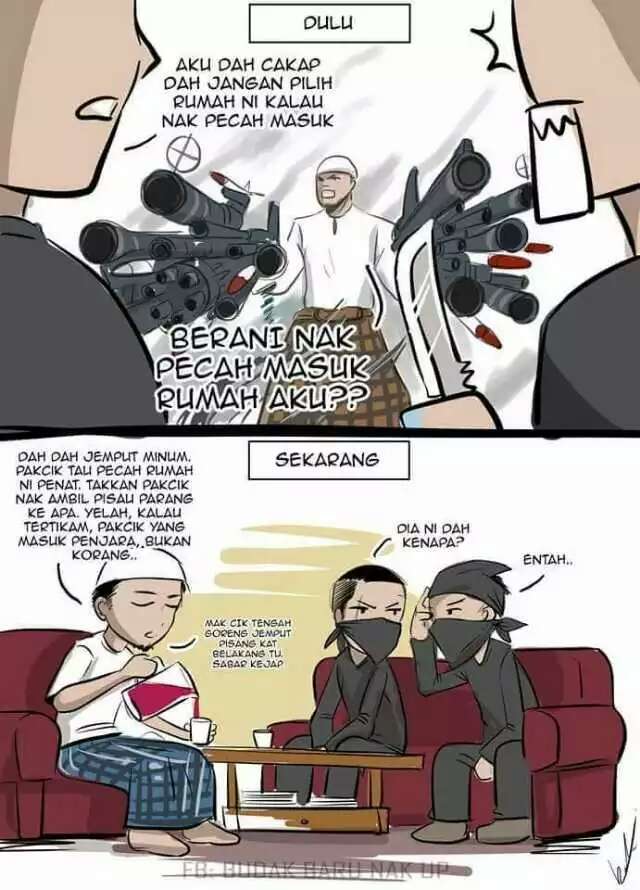 To all instant-made lawyers out there. #zulkifli

Inspector-general of police Khalid Abu Bakar has smacked the Bar Council and human rights lawyers for not explaining to the public that it is not right to kill someone in self-defence.

He said this in reaction to public outrage over a viral story that a man who killed a robber in self-defence, is being charged with murder.

“Section 99 of the Penal Code clearly outlines the limits of self-defence, not just for the public, but for us (the police) too.

“It is not absolute […] it doesn’t mean if someone wants to rob us we can kill them.

“This is where the Bar Council plays a role in educating the public […] why keep quiet?” Khalid said at a press conference in Bukit Aman today.

While the law does provide for self-defence, Section 99(4) of the Penal Code states that the right of private defence in no case extends to the inflicting of more harm than it is necessary to inflict for the purpose of defence. 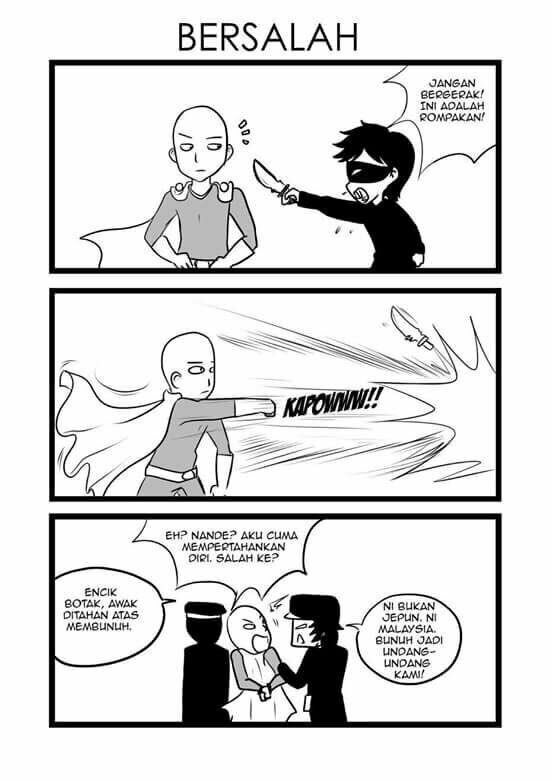 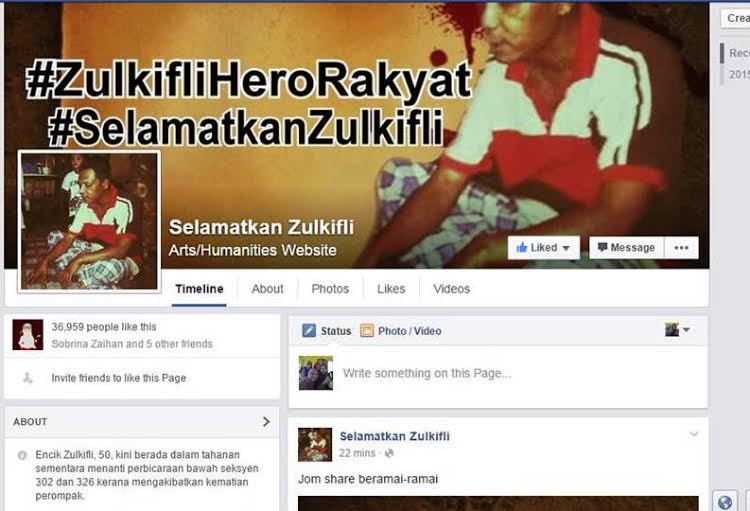 Like Loading...
This entry was posted in Uncategorized and tagged #ZulkifliHeroRakyat, zulkiflr killed robber in defence of his family but is charged by police. Bookmark the permalink.