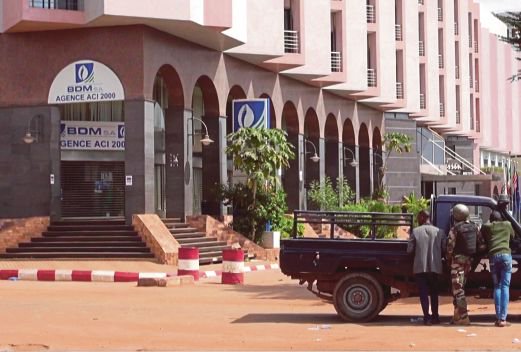 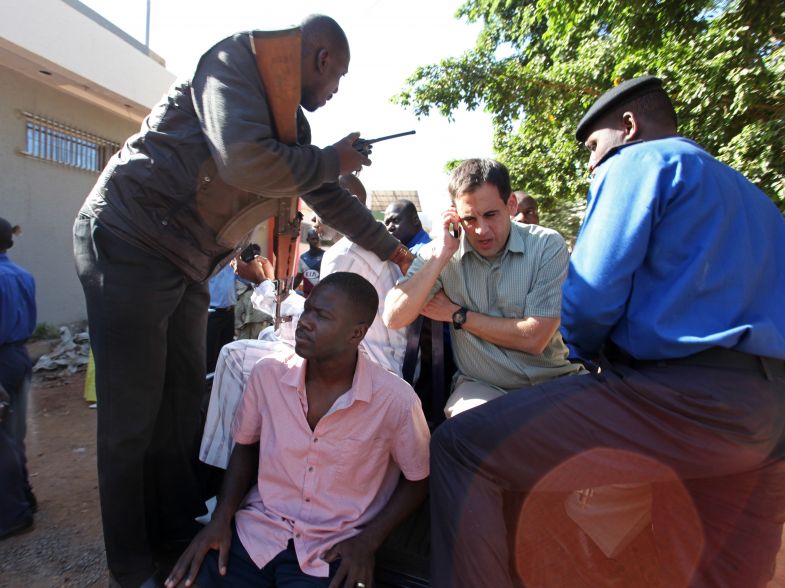 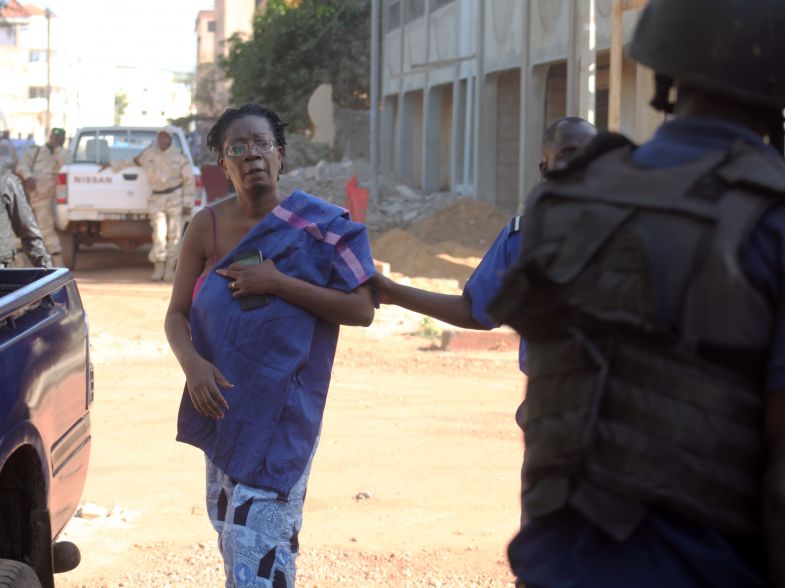 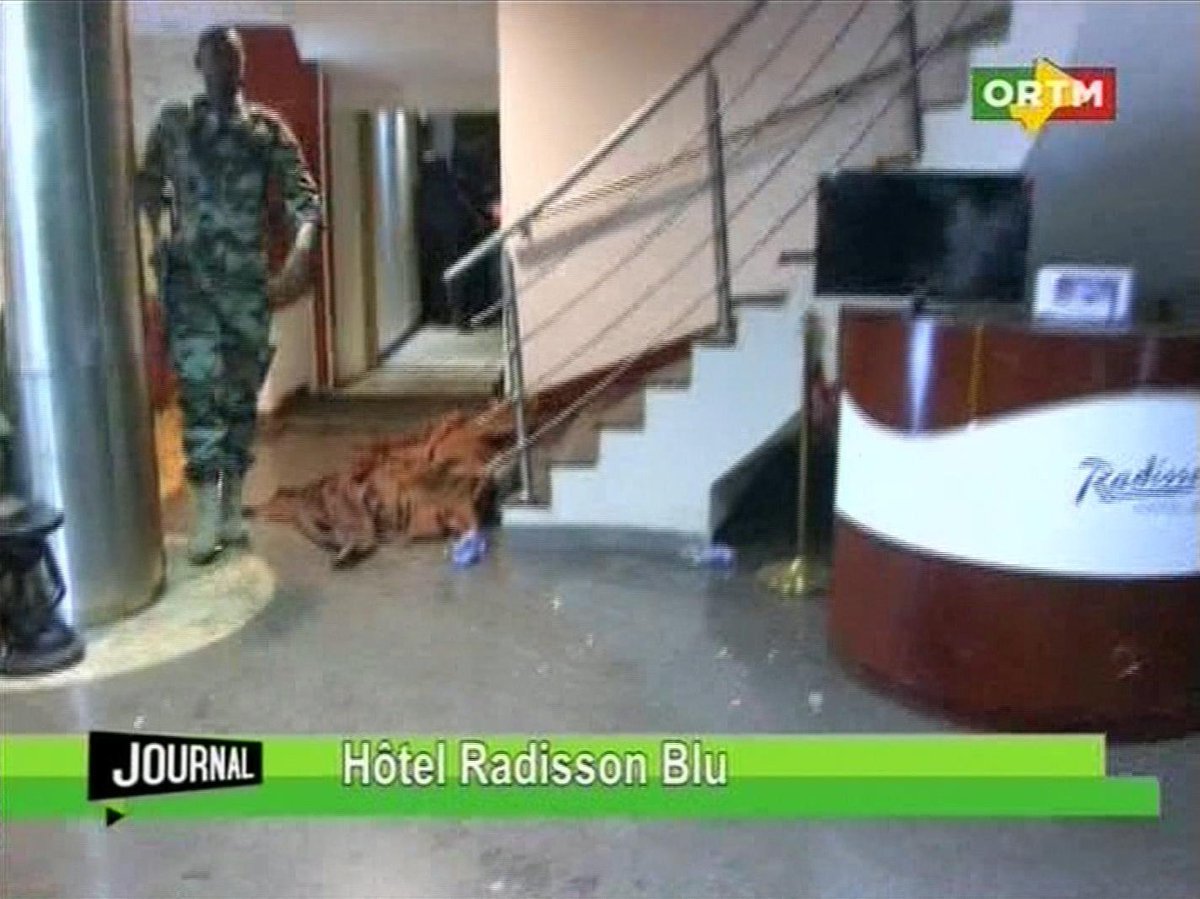 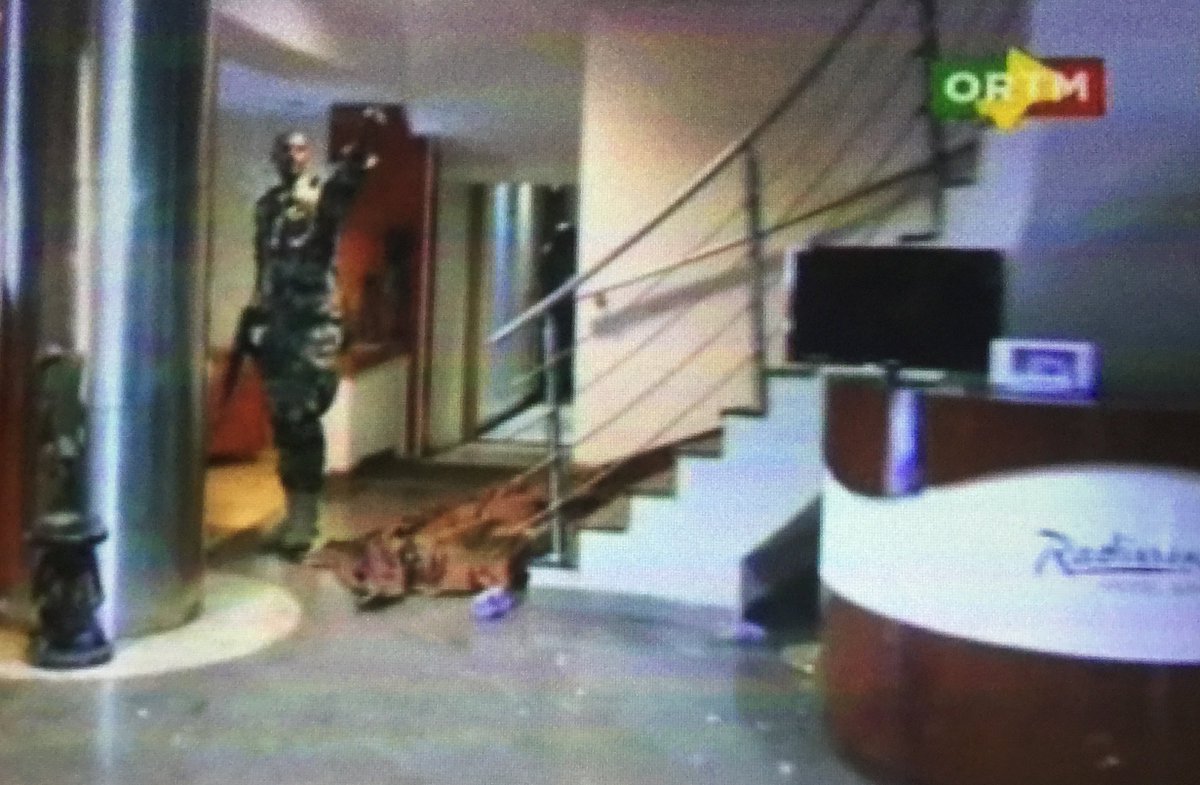 Malian commandos stormed a luxury hotel in Bamako on Friday after Islamist gunmen took 170 people including many foreigners hostage in the capital of the former French colony, which has been battling rebels allied to al Qaeda for several years.

Dozens of people were reported to have escaped or been freed, but at least three were dead. A security source said the gunmen had dug in on the seventh floor of the hotel as special forces advanced on them. There was no immediate claim of responsibility.

State television showed footage of troops in camouflage fatigues wielding AK47s in the lobby of the Radisson Blu, one of Bamako’s smartest hotels. In the background, a body lay under a brown blanket at the bottom of a flight of stairs. 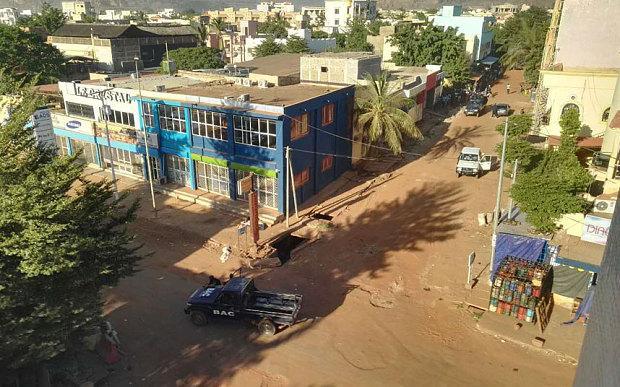 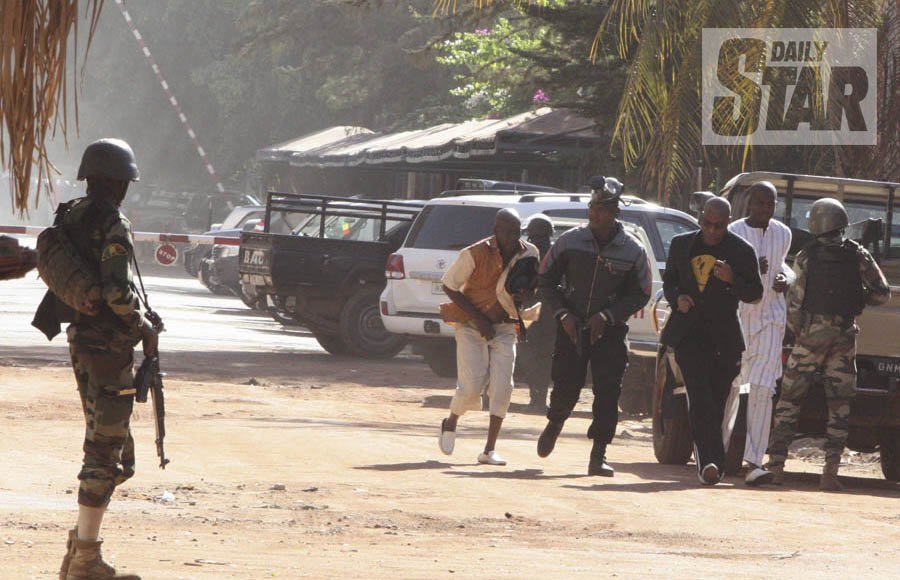 #BREAKING – Mali hotel gunmen have reportedly freed some hostages, including those able to recite verses of the Koran, say security sources 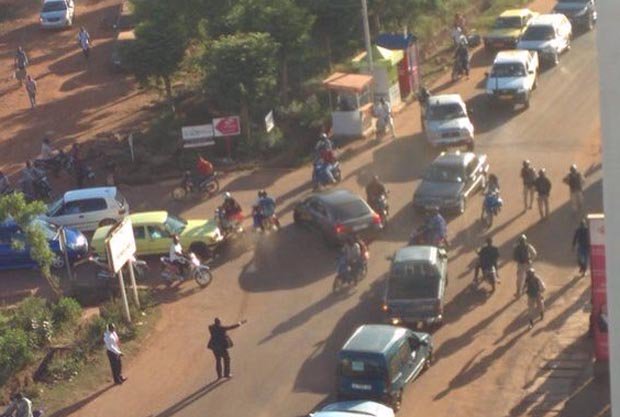 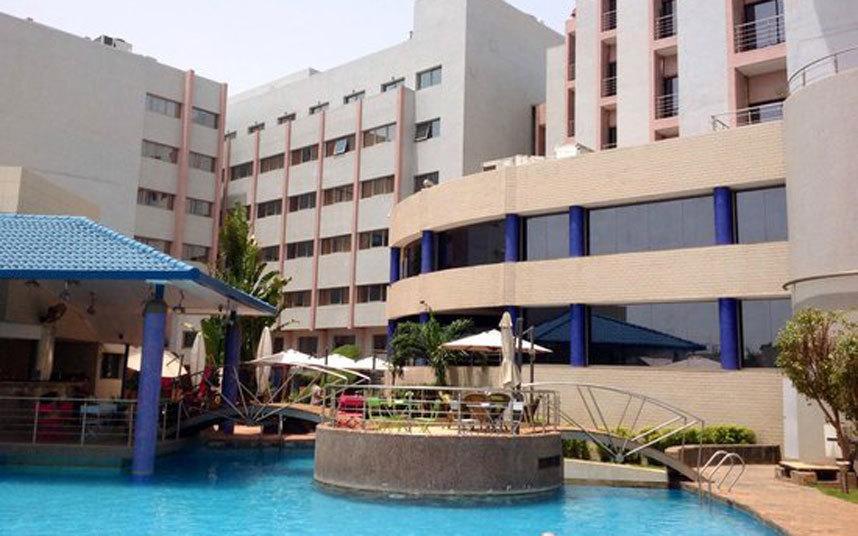 Unidentified men opened fire in the Radisson Blu hotel in the Malian capital of Bamako. Two Malians and one French citizen were killed, a UN official said.
…

“They have locked in about 140 guests and about 30 employees. So the hotel is locked down and there is no possibility to go out or come in,” NBC quoted the spokesperson as saying.

French citizens, including military and aviation employees, are among the hostages, the media reported. Six staff employees of the Turkish Airlines are being held in the hotel, the Turkish Foreign Ministry said. At least seven Chinese guests are among the hostages, according to Chinese media.
…
Later reports cited senior security sources as saying the 190-room hotel was held up by 10 assailants shouting the Arabic phrase “Allahu Akbar”. 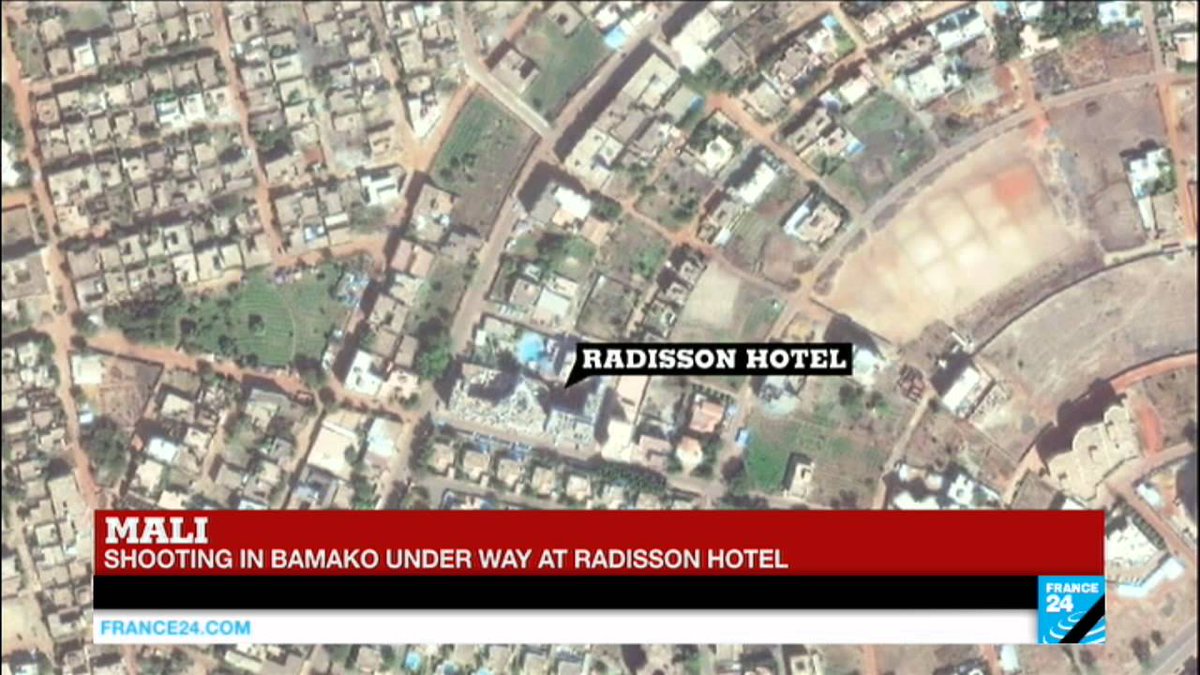 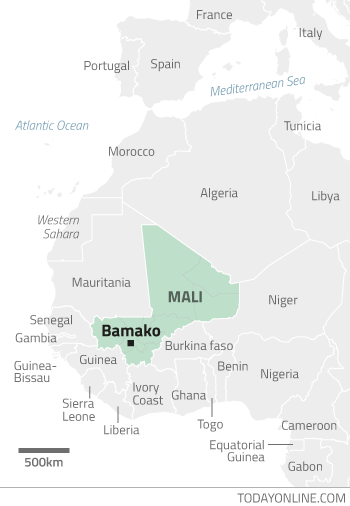 Automatic weapons fire could be heard from outside the 190-room hotel in the city-centre, where security forces have set up a security cordon, an AFP journalist said. “It’s all happening on the seventh floor, jihadists are firing in the corridor,” one security source told AFP.

Malian soldiers, police and special forces were on the scene as a security perimeter was set up, along with members of the UN’s MINUSMA peacekeeping force in Mali and the French troops fighting jihadists in west Africa under Operation Barkhane.

A security source said as many as 10 gunmen had stormed the building, firing shots and shouting “Allahu Akbar”, or “God is great” in Arabic. The Rezidor Hotel Group, the US-based parent company of Radisson Blu, however said two people were holding 170 people hostage. 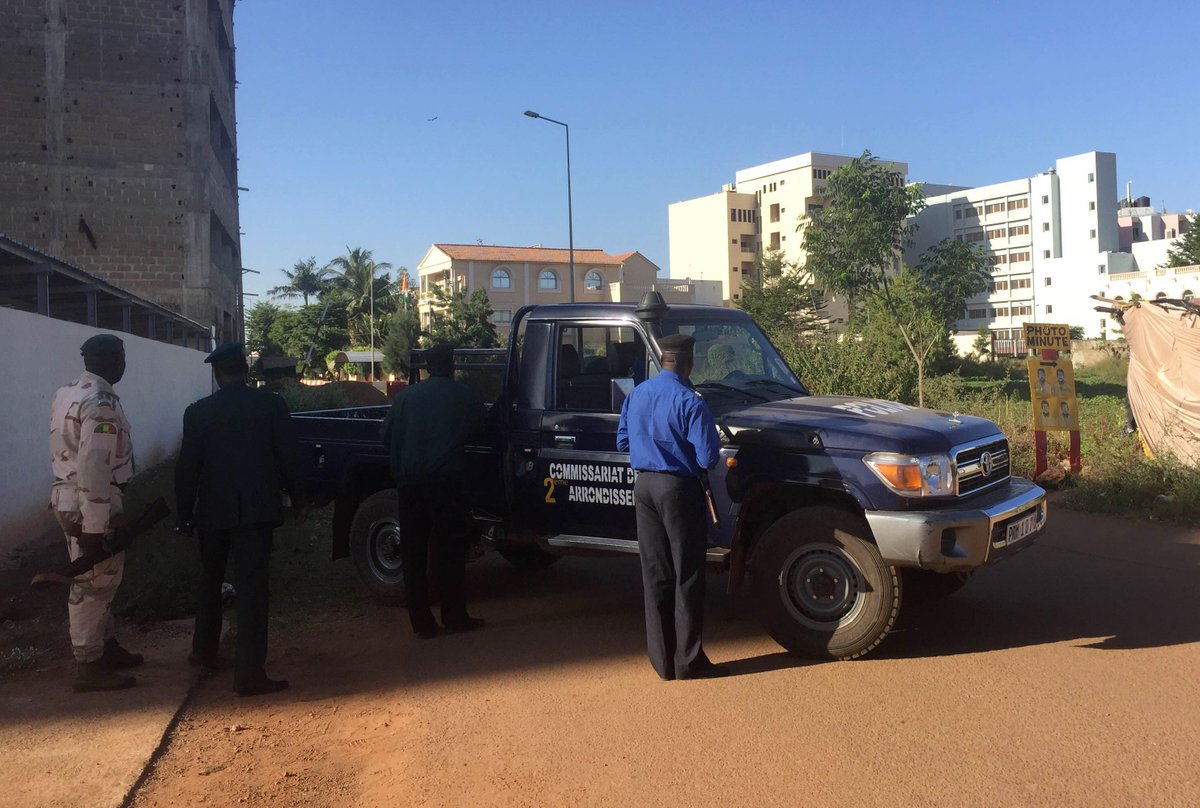 #MALI HOSTAGE SITUATION: Here’s a look at where it is taking place http://bit.ly/1kK0gSW 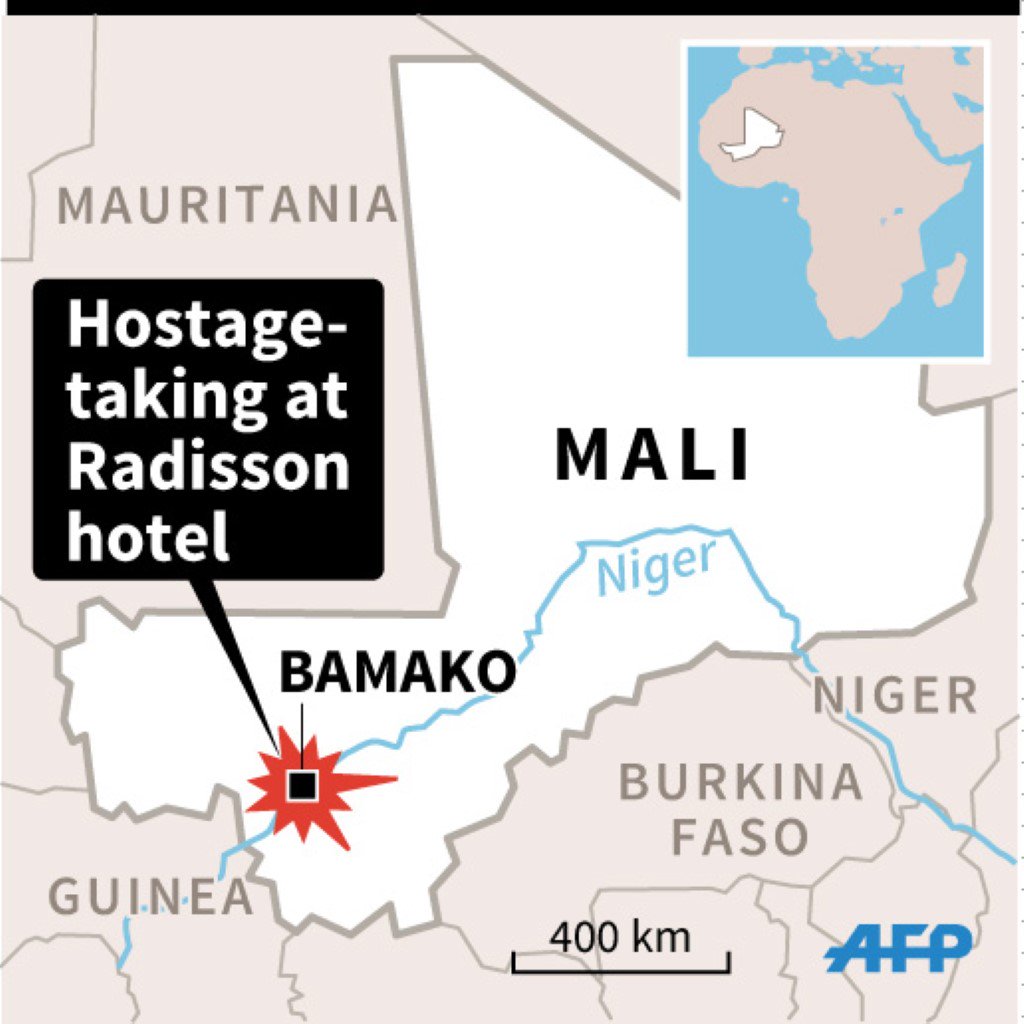 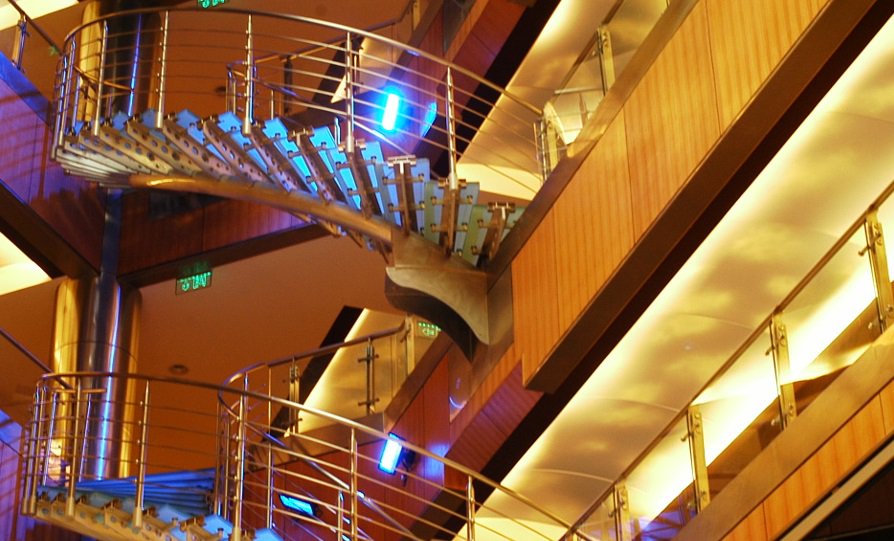 Like Loading...
This entry was posted in Uncategorized and tagged Islamic terrorists in Mali, Mali siege. Bookmark the permalink.