IN GE 14, GERAKAN WON NOTHING. IT HAS NO STATE OR PARLIAMETARY SEAT.

“The decision was made after serious and comprehensive deliberation, reflection and consideration of the current political developments of the country post-GE14. The sentiment of the grassroots was taken into consideration, while elections at the branch level are underway nationwide,” said the central committee.

The committee added that it is “absolutely necessary” for Gerakan to embark on a new political journey with freedom, empowerment and an assertion in pursuing what the party believes is best for Malaysia and Malaysians.

“The decision is in line with the new aspirations, needs and demands of the people post-GE14, we decided that Gerakan must chart a new direction to sustain ourselves and continue our struggle,” added the central committee.

It said that it leaves Barisan on good terms, adding that Gerakan will be an independent party in the Opposition bloc to offer a check-and-balance to the Pakatan Harapan government.
.

GERAKAN IS THE BIGGEST FROG. THE WHOLE PARTY HOPPED OVER TO BARISAN NASIONAL IN 1972.

LIKE THE MCA, IT HAS BEEN REJECTED BY THE CHINESE IN MALAYSIA.

GERAKAN IS CONSIDERED A MUCH SMALLER DOG THAN THE MCA.

The party was founded on 24 March 1968. Gerakan was an opposition party at the time.

Following the 1969 general election, Gerakan won most of the seats in the state legislature of Penang.

However, in 1972 Gerakan joined the Alliance Party which later became the coalition called the Barisan Nasional.

In the 2008 General Election, GE12, the party suffered its worst electoral defeat. The party retained only two parliament seats, compared to the 10 seats it had before the election. As a result, the party lost its only cabinet post in the ensuing cabinet shuffle.

In addition, Gerakan also lost power in Penang after governing the state for almost 39 years.

In 2013, at GE13,the party lost one its two remaining parliamentary seats.

Mah: Gerakan will be a formidable force in GE14

Gerakan will be a formidable force in the 14th general election (GE14), said its president Mah Siew Keong.

He said the party had “licked its wounds” from GE13 and was now raring to face GE14.
.
“The leadership and grassroots (of Gerakan) are one solid team now and will do their part to ensure a big victory for BN in GE14,” he said when opening Sabah Gerakan’s Youth and Wanita annual delegates meeting in Sandakan today.

Gerakan was nearly wiped out in GE13. The party that once held power in Penang now has only two seats in Parliament.

It also has only three state seats, one in Johor and two in Sabah.
Read more at https://www.malaysiakini.com/news/398418#Bbm8vorPAcXkG0mb.99

When nothing else works, beg: Please, please elect us! Give us a chance!

Its president, Mah Siew Keong urges Penangites to give Gerakan a chance to represent them in the State Assembly for the purpose of check and balance.

IPOH: The people of Penang must give Gerakan candidates in the 14th General Election a chance to represent them in the State Assembly, said Gerakan President Mah Siew Keong.

He said the absence of elected representatives from the Barisan Nasional component party made it difficult to provide a sense of check-and-balance in the state government led by the DAP.

“I expect there is a big possibility the DAP will retain Penang, that is why I appeal to the people to give Gerakan a chance to have representatives in the state assembly.

“At present, there are no state assemblymen from Gerakan, and this means we cannot ‘check and balance’,” he told reporters after officiating the Perak Gerakan’s Delegates Conference 2016 here today.

In the 13th General Election, Gerakan contested 13 seats in Penang but lost all as well as the three Parliamentary seats of Batu Kawan, Bukit Bendera and Tanjung.

“Gerakan is back home”, said Mah Siew Keong. This is a typical manifestation of a small mind frame. “Gerakan… 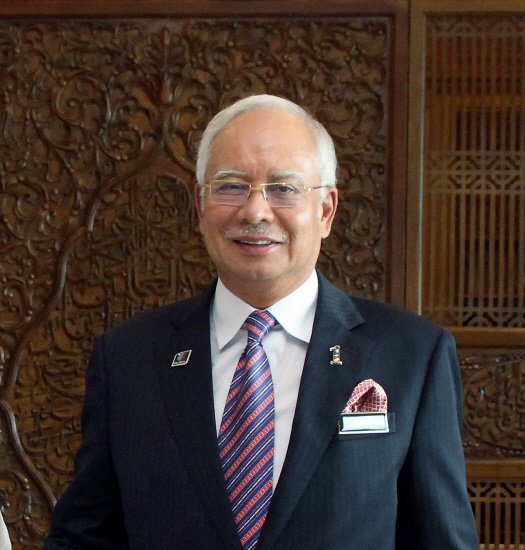 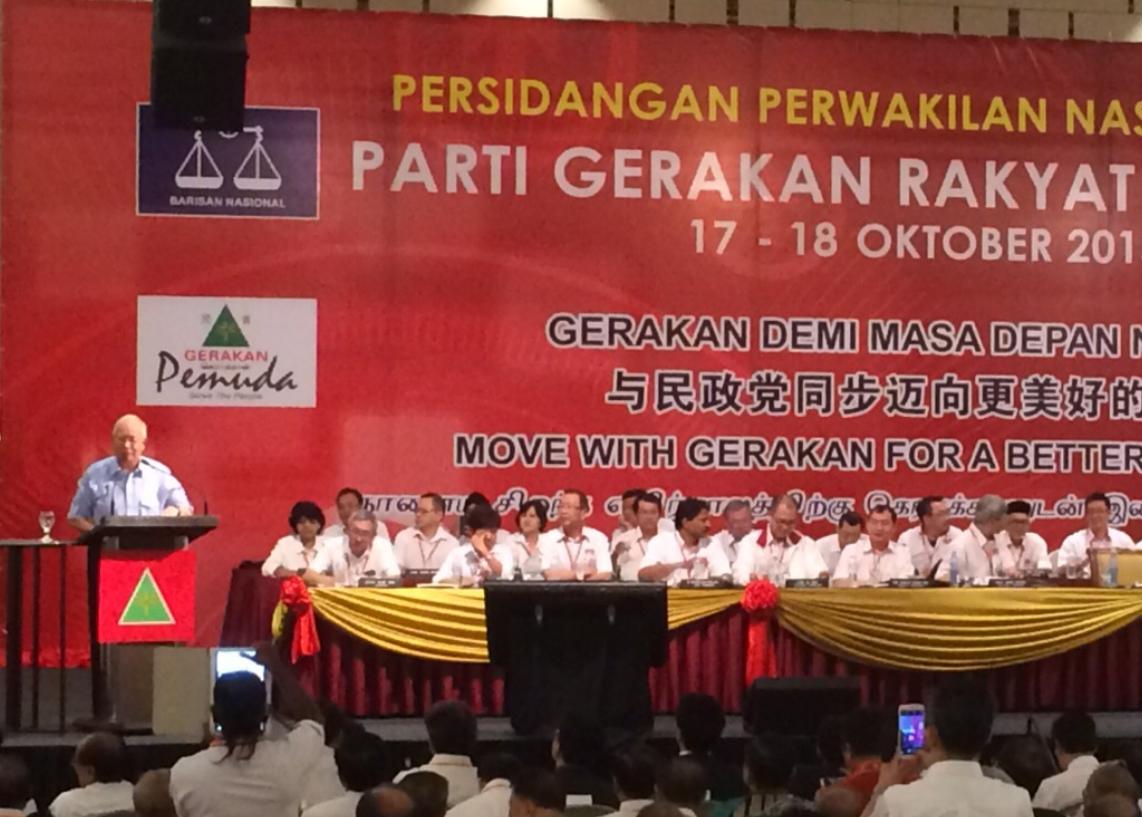 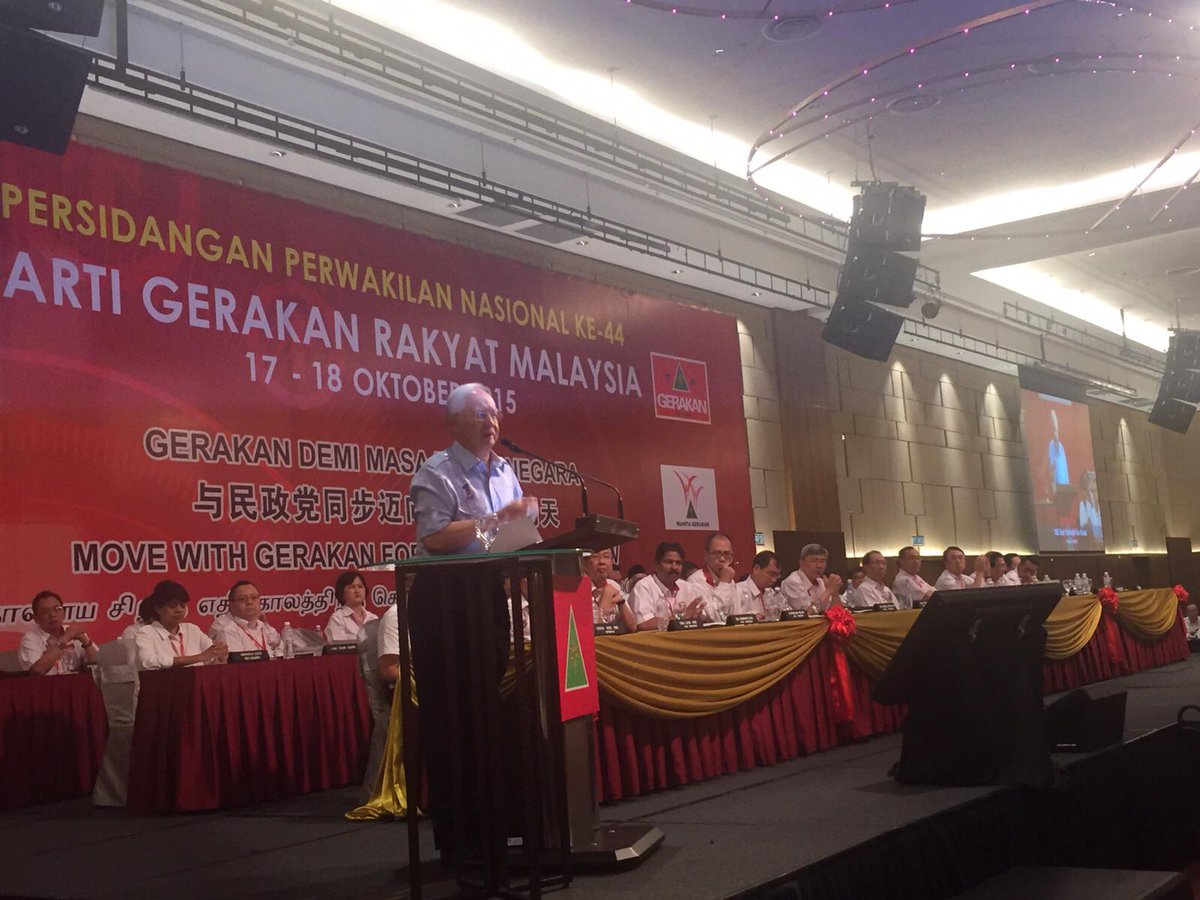 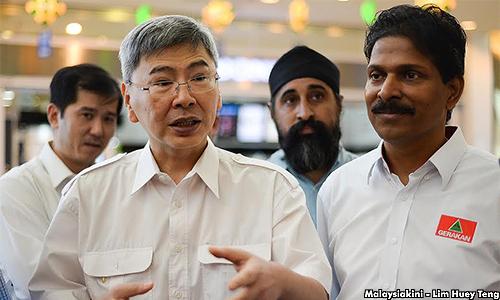 YOURSAY ‘Mah is fooling Gerakan members by trying to be a hero for the wrong cause.’

Dont Just Talk: Gerakan president Mah Siew Keong, the hudud bill will not see the light of day in Parliament and even if it does, the support for hudud in Parliament will fail miserably, with or without your support.

If you want to be a hero, Mah, just ask publicly for the ‘1MDB PM’ Najib Razak to account for the RM2.6 billion wired into his personal accounts.

And by the way, how much of the donation to Najib did Gerakan receive for the 13th general election. You were one of the many ‘kaki bodek‘ (sycophant) who showed up in KLIA to welcome home the hero of 1MDB after his trip to New York and Milan.

Malaysians are not stupid, Mah, and do not try to be a hero when you are just another eunuch politician.

Mushiro: Mah is fooling the few members in Gerakan by trying to be a hero for the wrong cause. The chances of hudud being passed in Parliament is almost negligible.

The bigger problems in the country that are leading the country to bankruptcy and causing hardship to the people are the 1MDB scandal, Goods and Services Tax (GST), the Trans-Pacific Partnership Agreement (TPPA), toll hike and many economic issues, and Mah has maintained his complete silence on these.

Anonyxyz: Gerakan and MCA should know their existence should be long irrelevant. We are battling for the country’s survival as we struggle to navigate high cost of living with low income coupled with blatant robbery, which both these parties’ leaders benefited from.

Key PAS leaders who have been collaborating with the Umno hawks for months are probably beneficiaries of the donations.

Mah belongs to the elite group of privileged cronies. His existence is due to the votes of the Umno supporters blindly supporting their leaders who continuously con them with imaginary racial rights. What is there for him to shout?

Democrat: Could you please explain your Umno counterparts in the Kelantan assembly who voted for the hudud bill?

One party domination in coalition is unhealthy, says Mah

SHAH ALAM: Barisan Nasional (BN) should not be controlled by a single party.

This was what Gerakan president Datuk Mah Siew Keong said with regards to the controversial Red Shirt rally on Sept 16.

“It shows that we can have different opinions, but it is not healthy to have one party dominate BN,” Mah said during his opening speech at the Gerakan Life Member General Meeting today.

Mah, however, stopped short on naming the dominant BN party, instead saying that it is a good development that parties can agree to disagree.

“For the first time, BN component parties have agreed to disagree. This is the first time I have seen it and it shows that we can have different opinions,” he said.

ALMOST READY FOR GE 14. AND ANOTHER THRASHING? 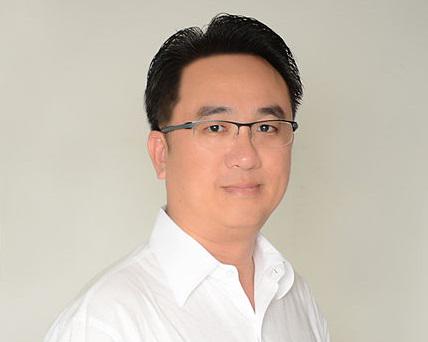 Gerakan said today it is ready for the 14th general election, due in 2018, and has identified 90% of its candidates.

Its secretary-general, Datuk Liang Teck Meng (pic), said the shortlisted candidates were being prepared with sufficient knowledge in the fields of politics and current affairs.

“The list of candidates comprises both new and old faces. We will be fielding candidates from various communities to draw more voters to the Barisan Nasional,” he told reporters after the general meeting of the party’s life membership council.

Liang said it was anticipated that in the 14th general election, candidates from the party would be allowed to contest 12 parliamentary seats and 33 state seats.

Gerakan has a new President but  Perkasa chief, Ibrahim Ali tells him to dissolve the party and join MCA!

The new Gerakan chief would like to believe that he is his own man and that his party is independent of UMNO.

‘Better to view Tanda Putera than go to PAS ceramahs’

The movie is being shown on big-screen projectors and can be heard by passers-by and those travelling along the road.
…

But Gerakan, which is also targetted in the movie by director Shuhaimi Baba as being involved in some violent scenes with DAP, does not feel this is wrong.

“To me, it’s a privilege for the voters in Sg Limau to watch the movie because I had to pay RM10 for it,” Tan told Malaysiakini.
…

“I don’t see anything wrong in the movie. Perhaps, by Umno showing it, they can attract some votes for the candidate,” he added.

He added that Gerakan should not feel slighted about the movie as it was based on some historical facts.

“Gerakan was truly in the opposition at the time until our leader the late Dr Lim Chong Eu decided to join the Alliance,” said Tan.

“There is no point for us to be disturbed about it as it was an undeniable fact,” he added.

‘Better to view Tanda Putera than go to PAS ceramahs’

Gerakan should dissolve and join MCA if it cannot regain support instead of blaming Perkasa, says the movement’s president Ibrahim Ali.

“This Gerakan, if they are not capable of regaining Chinese support, then dissolve and combine with MCA, they were a splinter MCA party anyway,” Ibrahim told a press conference in Kuala Lumpur today.

He said this in response to Gerakan interim president Chang Ko Youn who yesterday called the right-wing movement as extremists who were not supported by Prime Minister Najib Abdul Razak.

Declaring the newly-elected Gerakan leadership as the ‘Mah Siew Keong team’, the president-elect has rubbished talk that he is a lackey to his predecessors.

Mah said this after proposing that the outgoing acting president Chang Ko Youn becomes the party’s adviser at the party’s national delegates conference.

“After this, tomorrow people will say I am Chang’s lackey, or the late president Dr Lim Keng Yaik’s lackey or former president Koh Tsu Koon’s lackey.

“I want to let everyone know what no matter what people say, I am still the new president. The new important office-bearers such as secretary-general, treasurer-general… They are not exactly finalised, but I can tell you that they will all be new people, young people, and Mah Siew Keong’s team, not anybody’s team,” he said.