Auntie Bersih, 31 others freed after midnight

The 67-year-old ‘Auntie Bersih’ and 31 other activists who were arrested in front of Parliament yesterday were released early this morning.

The sexagenarian activist, whose real name is Annie Ooi (right), and other social and student activists had been detained for more than 12 hours at the police’s detention centre in Jinjang.

Human rights group Suara Rakyat Malaysia (Suaram) executive director E Nalini said they were freed in stages beginning at 12am today. All were freed by 2.15am.

However, Nalini said it remains unclear whether they would be charged.

“The police have not informed us whether they intend to press charges,” she told Malaysiakini when contacted.

Auntie Bersih, 31 others freed after midnight

3 hours ago
Another long night. Last batch of detainees were finally released at around 2:15am. All went on peacefully except for some episodes. A local middle age resident who was there to lend his support went into an epileptic bout and fell. Injured his head which may need at least 3 stitches. We managed to settle him down until the ambulance arrived. Right after the ambulance left, another elderly man went into a trance and stood in the middle of the road. We have to guide the traffic to go around him on both sides. And that’s Jinjang to all you folks who have not been there before. Haha!

Auntie bersih is release and by 2.30am am all 32 detainees were released.

Police says the 32 detainees will be release at 10 PM 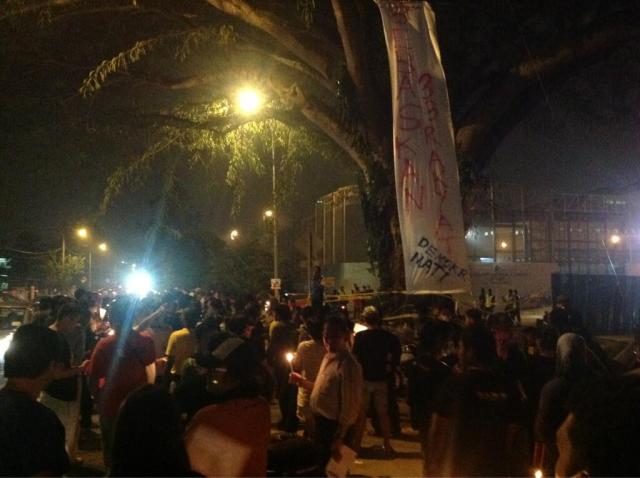 Sim Tze Tzin 沈志勤
Like This Page · 53 minutes ago 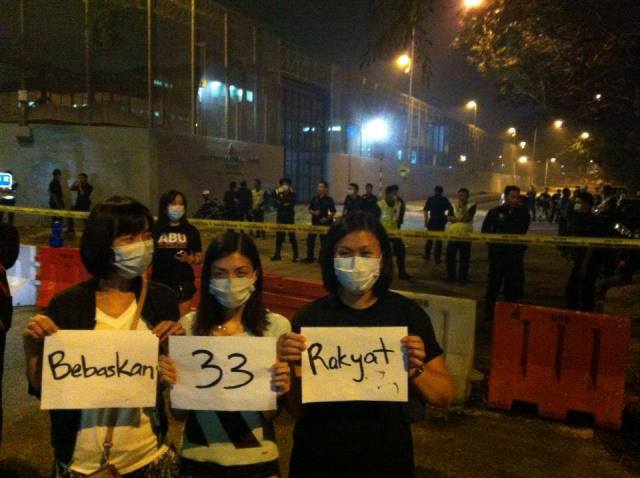 Sim Tze Tzin 沈志勤
Like This Page · about an hour ago

Annie Ooi – a senior citizen who rose to fame following an iconic photograph of her during the Bersih 2.0 rally – was the voice of reason at the solidarity vigil at the Jinjang police lock-up last night.

In a short speech, Ooi who has since gained the monicker Auntie Bersih, urged the participants calmly disperse if the police come to break up the gathering.

**Aunty Anne and another 25 hero & heroines are being detained in Jinjang lockup. **
In solidarity with the detainees at Jinjang Lockup, a candle light vigil will be held outside the detention centre from 8 pm onwards. Please share widely!!…!! (All of the detainees are at Jinjang except Ehsan who is kept at Dang Wangi) Those surrendered themselves in as a form of solidarity with those arrested include Edy and Chegubard from SAMM, Auntie Anne, Adam Adli and others.