Rent a Proton at your peril? The Lim Guan Eng experience.

Penang Chief Minister Lim Guan Eng was forced to cling on to the passenger door when travelling in a Proton Perdana rented from the Public Works Department (PWD).

Lim said he had to do so throughout the 50-minute ride from the Subang airport to Istana Negara to attend the Conference of Rulers because the door would not close shut.

“I was clinging on for dear life. I was holding on to the door and was afraid of being flung out,” he told Malaysiakini.

The matter came to light after Lim posted a photograph of the vehicle on Twitter. The left rear passenger door was secured with duct tape.
.

Apart from safety concerns, the chief minister said it was rather embarrassing to enter the palace in a defective vehicle.

He revealed that the vehicle was rented frm PWD at a rate of RM200 a day. PWD has since arranged for a replacement.

“I could have rented a private car but wanted to support the federal government,” he quipped.

I had the same experience with my company-issued Perdana a few years back… got to ask the wife to sit behind to hold the door! 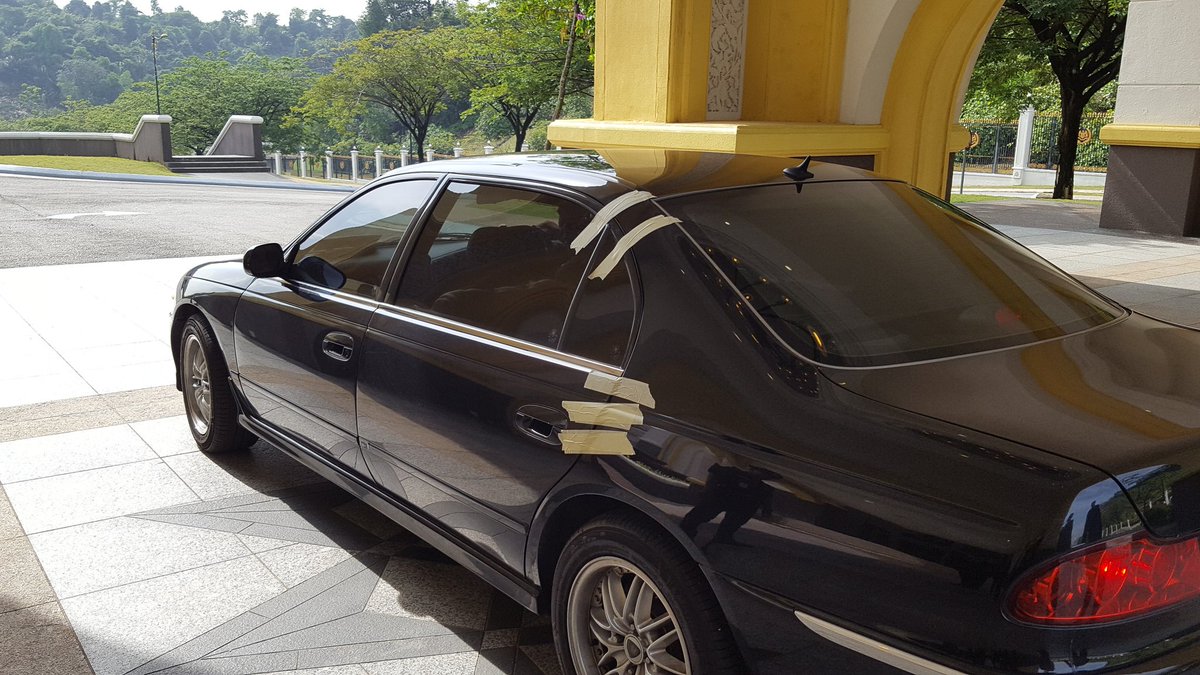 All Proton car owners pls chk yr car door. My official JKR KL car door at the back passenger seat cld not close.Had 2hold it with my hand!

Like Loading...
This entry was posted in Uncategorized and tagged lim guan eng, scare for lim guan eng in proton door can't be closed. Bookmark the permalink.