For Zaid Ibrahim, is it a tweet too far?

On Twitter, Zaid explains that crooked means “not straight”. 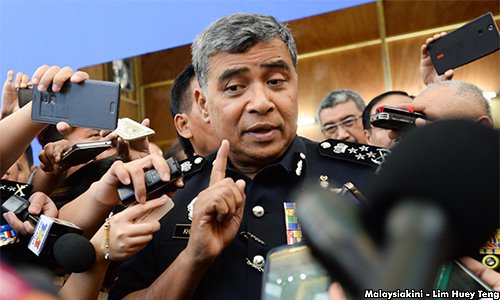 IGP has instructed police to investigate @zaidibrahim over the following ‘seditious’ & ‘confusing’ tweet. What is so ‘confusing’?

Zaid Ibrahim @zaidibrahim
Looks like if you are a crooked PM, all you have to do is appoint a crooked AG , and the court will not interfere #fb
3 replies 22 retweets 12 likes

Zaid in trouble over his ‘seditious and confusing’ tweet

‘Malaysia boleh’. The police will investigate for nothing. But if they ask me to explain, I’ll explain, says Zaid Ibrahim.
.

.
PETALING JAYA: Former law minister Zaid Ibrahim will be called in by police to explain a tweet which was allegedly seditious in nature.

This was revealed by the Inspector-General of Police Khalid Abu Bakar who, in a tweet earlier today, said Zaid’s remark was “seditious and confusing”.

Zaid had allegedly said, “looks like if you are a crooked PM (prime minister), all you have to do is appoint a crooked AG (attorney-general), and the court will not interfere”.

He had allegedly sent out this tweet after his application for leave from the Kuala Lumpur High Court, challenging the AG’s Chambers decision to close all investigations on Prime Minister Najib Razak, was dismissed.

Speaking to FMT later, Zaid said until now he has not received any call from the police, and only knew of the investigation through Khalid’s twitter account.

“Malaysia boleh, anything can happen here. You can even be called in by the chief of police for investigation through twitter,” he said, laughing at the fact that the rest of the country knew of the probe at the same time, and in the same manner as he did.

“Malaysia boleh. The police will investigate for nothing. But if they ask me to explain, I’ll explain. What else can I do,” said Zaid when asked if he planned to challenge the probe.

Like Loading...
This entry was posted in Uncategorized and tagged IGP, IGP wants zaid ibrahim investigated for his tweet about crooked, zaid ibrahim. Bookmark the permalink.