Posted on September 4, 2016 by weehingthong

#SriLanka Ambassador to #Malaysia Ansar Ibrahim, who was posted earlier as envoy to Riyadh, was mercilessly assaulted by #LTTE sympathizers.

The Star ‏@staronline 11h11 hours ago

KUALA LUMPUR: Police warned that the Liberation Tigers of Tamil Elam (LTTE) is an illegal organisation and action can be taken against Malaysians who support the group.

“I want to warn these groups which support the LTTE that it is a group that is banned by the United Nations.

“We, as a UN signatory country, can take action against them (supporters),” he told reporters after launching the Inspector-General of Police Gallery at Bukit Aman.

Police have arrested five people, ages 27 to 56, and are looking for four more over the assault on Sri Lanka’s High Commissioner to Malaysia Ibrahim Ansar at the Kuala Lumpur International Airport on Sunday.

Malaysian authorities said the attack on High Commissioner Ibrahim Sahib Ansar on Sunday left him with minor injuries, but they have so far given no details on the identities or background of the attackers.

“Five people have been arrested and we are investigating the motive for the attack,” Abdul Samah Mat, police chief of Selangor state, told AFP.

The foreign ministry expressed “disappointment that the Malaysian authorities had failed to provide necessary protection” despite warnings of a possible threat.

Sri Lankan High Commissioner assaulted in KLIA – so much for safety and security in a secured area. #Malaysia http://www.thestar.com.my/news/nation/2016/09/04/report-assault-klia/ …

The Star ‏@staronline 8h8 hours ago

PETALING JAYA: Sri Lanka’s High Commissioner to Malaysia I. Ansar was assaulted by a small group of people at the Kuala Lumpur International Airport on Sunday.
…

Meanwhile, Sri Lankan news portal Hiru News reported that the High Commissioner was assaulted at the airport after sending off Daya Gamage, the country’s Primary Industries Minister, who was in Malaysia for the International Conference of Asian Political Parties.

The Ministry of Foreign Affairs of Sri Lanka, in a statement posted on its website, says the High Commissioner was assaulted by a group of persons.
. 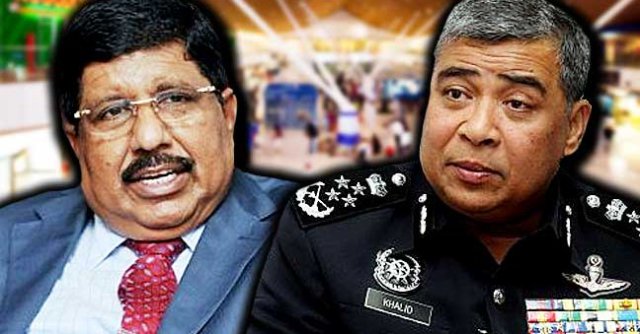 The Ministry of Foreign Affairs of Sri Lanka, in a statement posted on its website, said the High Commissioner was assaulted by a group of persons.

“The High Commission of Sri Lanka in Kuala Lumpur is coordinating with local law enforcement authorities in Malaysia and other relevant local authorities to identify the perpetrators and assist with investigations,” it said in the statement.

Like Loading...
This entry was posted in Uncategorized and tagged crime in malaysia, malaysia, sri lankan high commissioner assaultyed at klia. Bookmark the permalink.